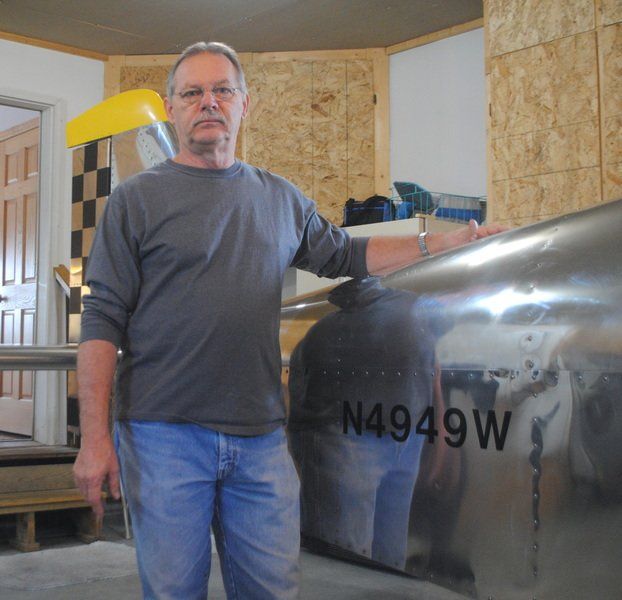 Samantha Pidde/Clinton HeraldLarry Espe is building a plane in the basement of his Clinton home. 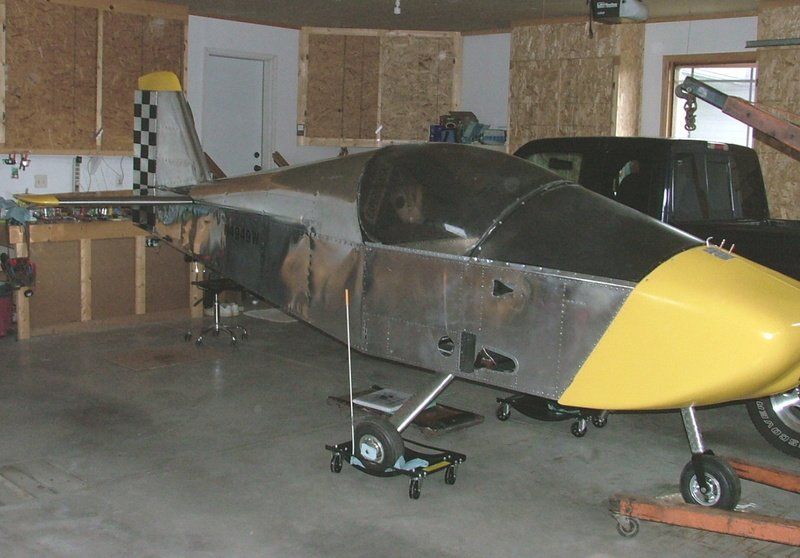 Submitted photoThis photo shows the plane currently being built by Larry Espe in his garage.

Samantha Pidde/Clinton HeraldLarry Espe is building a plane in the basement of his Clinton home.

Submitted photoThis photo shows the plane currently being built by Larry Espe in his garage.

CLINTON — Larry Espe grew up flying with his father. Now the 65-year-old Clinton man is spending his free time building a plane in his basement.

Larry has flown off and on since he was 17. Raising three children and working at Nestle Purina, he did not have a chance to fly much.

“Of course raising a family, you can’t afford a hobby like this,” Larry said. “It fell to the way side till the kids grew up.”

Several years ago, Larry built a Challenger aircraft, with an aluminum tubing frame and a fabric cover. When he and his wife decided to build a new home in 2005, he sold his plane, with the plan of building another.

Larry built his home with a design that would allow him to build a plane in his basement and easily move it into his garage. His basement stairs can collapse and a pulley system enables him to hoist the plane into the garage.

In 2009, he began working on his current plane, a two-person, side-by-side Sonex plane. He said building a plane from scratch takes a long time.

“When you start from scratch, you have to buy the material and make and shape everything by hand,” Larry said. “It helps keep the cost down.”

He would save up funds to buy some of the material to make some of the parts, before saving up again for the next materials.

“It’s been awhile, but it’s been worth it. I really enjoyed putting it together. It’s been a challenge,” Larry said.

Larry is currently waiting on a propeller for his plane. Once everything is put together, the plane will have to be certified by the Federal Aviation Administration. He also will complete 40 hours of test flights before any passengers can ride in the plane.

“There’s quite a bit of paperwork to go through to get it certified,” Larry said.

Larry loves putting together the plane, saying the building is really fun. He also enjoys flying it.

“Once you fly it, it’s a reward for all the work you put into it,” Larry said.