Earthen material from excavated channels is placed along the Mississippi River shoreline. 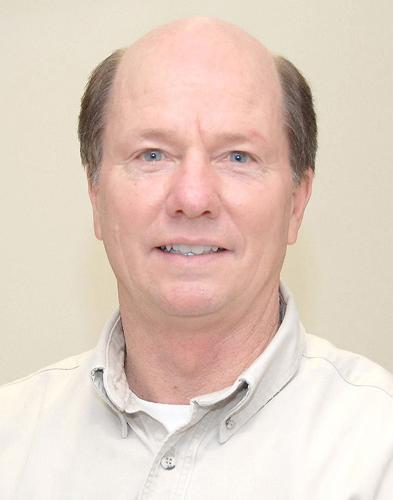 CLINTON — The Beaver Island Habitat Rehabilitation and Enhancement Project has restarted construction with the cooperation of Ole Man River.

This project started in October 2018 and initially had a anticipated 2-year completion period. However, floodwaters in 2019 delayed construction for several months and project modifications have recently been added, resulting in a revised completion date of November 2022.

The primary goals of this $13 million project are the restoration of year round aquatic habitat within the island’s interior lakes, diversification of the forest community, and improving habitat for fish and mussels. The increased amount of annual flooding on the river has resulted in greater impacts to our natural resources, especially the loss of habitat diversity.

Work completed in 2019 included trees were removed throughout the project area; dredging began in the Lower Cut; a rock closing structure was installed on the Upper Cut inlet along Beaver Slough to minimize sediment flowing into the project area; a rock chevron was constructed at the head of Albany Island to protect it from erosion and rock protection was also placed along its east shoreline to protect it from wind and wave action.

A combination of tugboats, barges, cranes and excavators are currently onsite excavating earthen material from the channels, and placing it into its new home in the topographic diversity sites. The Lower Cut and Stewart Lake channels are nearly complete and Blue Bell Lake channel is expected to be restarted this week. All public access is restricted within 200 yards of workers and equipment.

Excavations remove approximately a 6-foot deep layer of material within these channels. The channel width varies by lake and ranges from 50 to 300 feet. The total project is estimated to remove about 500,000 cubic yards of material with about one-third currently excavated.

This material is being placed in adjacent areas to increase the topography by several feet, which will provide adequate elevation for the planting of a diversity of tree species.

Sand Burr Lake, Hulziger Lake and Lower Lake channels are also scheduled later this year for excavation. Additional rock protection will be added to the east shoreline of Albany Island that is experiencing erosion from river currents and wave action.

Other multi-million dollar habitat restoration projects that have been completed previously in our area under the Upper Mississippi River Restoration Program include Potter’s Marsh, Spring Lake, Brown’s Lake, Pleasant Creek, and Princeton Wildlife Management Area. This premiere river restoration program is extremely important in this time of extended river flooding and extreme flows that are now a new normal.

Ed Britton is a Wildlife Refuge manager on the Upper Mississippi River National Wildlife and Fish Refuge and a volunteer at Bickelhaupt Arboretum.