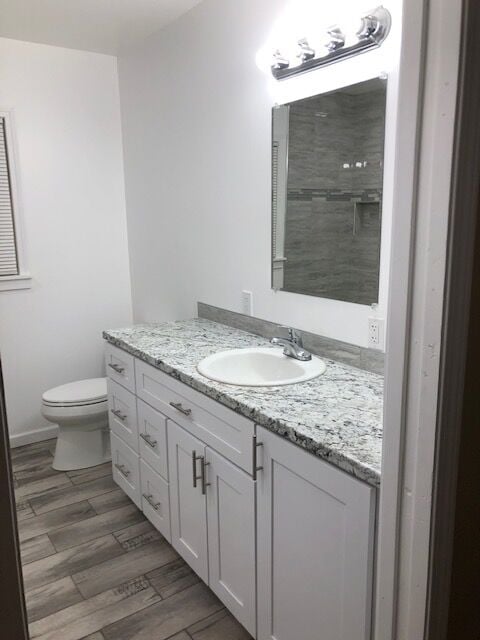 A new bathroom replaces the the mint green one original to the home on Third Avenue South in Clinton. Dan Homes and his wife, Stella Soliz-Holmes purchased the home from the City of Clinton, part of the City’s program to rehabilitate abandoned homes. 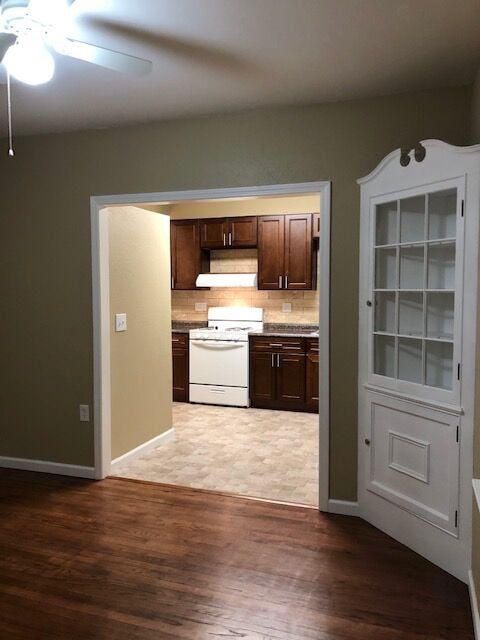 A new kitchen was part of the remodel of an abandoned home in Clinton, but the hardwood floors are original to the 1946 house. Submitted photo

A new bathroom replaces the the mint green one original to the home on Third Avenue South in Clinton. Dan Homes and his wife, Stella Soliz-Holmes purchased the home from the City of Clinton, part of the City’s program to rehabilitate abandoned homes.

A new kitchen was part of the remodel of an abandoned home in Clinton, but the hardwood floors are original to the 1946 house. Submitted photo

CLINTON — In less than a year, Dan Holmes and his wife, Stella Soliz-Holmes turned an abandoned house into a livable home.

The couple bought the property from the City of Clinton in March of 2020 for $14,000 as part of the City’s program to put abandoned properties back on the tax rolls. “It sold in hours,” realtor Leatha Melton said Wednesday.

Selling houses that Dan and Stella have remodeled is easy, Melton said. “What they do is different,” she said.

“I work with 50 different investors from all over the United States,” Melton said. But Dan and Stella don’t just flip houses as other investors do. “They flip houses as if they are going to move into them.

“They put in quality material,” Melton said. They rewire, reroof, put in new furnaces. “They are masters at what they do. I’ve sold several of their houses, and I have not had one problem selling any of them.”

Melton grew up in Clinton, and she’s glad to see Dan and Stella restoring homes that were neglected. “I told them what they’re dong is so important,” Melton said. “They’re breathing new life into areas.... They’re changing entire neighborhoods.”

The buyer of the home Dan and Stella recently completed is a professional person moving to Clinton, said Melton. “We are happy that he’s coming to the community.”

Bringing new faces to Clinton and putting properties back on the tax rolls are two goals the City meets by selling houses to private investors for remodeling and by rehabilitating homes to sell through the State of Iowa’s Gut-Rehab program.

The City took title of the home at 512 Third Ave. S. in a default judgment in 2019 against Lawrence Hildreth who inherited the property in 1974. Dan and Stella bought it last year.

The project “was just normal,” said Dan of the renovation. They met no big challenges other than a few supply issues due to the coronavirus pandemic.

One oddity caught their attention. As they took up the wood floors in the kitchen, they checked out the newspapers that had been used to keep the glue from sticking to the wood floor. The newspapers were issues from Dan’s birth date.

”That was unusual,” said Dan. “I was totally shocked.”

The couple has flipped many homes in many states. Having grown up in this area, they returned to Clinton in 2017. They remodel homes with the help of subcontractor Stacy Stephens, whom they knew when they lived in Colorado.

The couple once fixed up a home in Davenport and found little metal army men tucked into the walls, Stella said. But finding newspapers from the exact day of Dan’s birth was mind boggling.

”I’ve never found anything really valuable,” said Dan. “We find a little bit of history here or there.”

The house was built in 1946, and the original wall oven was still there when the renovation began. “And I think the cabinetry was original to the house, said Stella, as were the mint green bathtub, sink and toilet.

That’s all gone after the remodel. “It turned out really super nice,” Stella said. “It’s a really cute and comfortable home.”

Dan and Stella said they had help from a lot of great people including city officials, the staff of Home Depot and Melton. “She’s actually sold three of our homes this year,” said Dan.

Melton also helped Dan and Stella find their next project. She sold them the house of a friend of hers. Its in pretty rough condition, said Dan, but it’s in a nice neighborhood.

The split-foyer home was built in the 1950s, said Stella. “It’s in need of a lot of updating.”

Dan and Stella are up to the task. “We like doing it,” said Dan.

”The nice part is, when we’re done, they’re extremely safe homes. People don’t have to worry about anything. They just walk in and set the furniture down.

”I like to take something that nobody else wants any more and …. give people a good home to walk into,” Dan said.

”It’s taking a house the twas in a blight situation and turning it into something that people look at, and they want to live there,” said Stella. “They’re proud to live there.

”And we’re actually proud to make a good home for people. Everybody who works hard deserves to have a decent place to live,” Stella said.