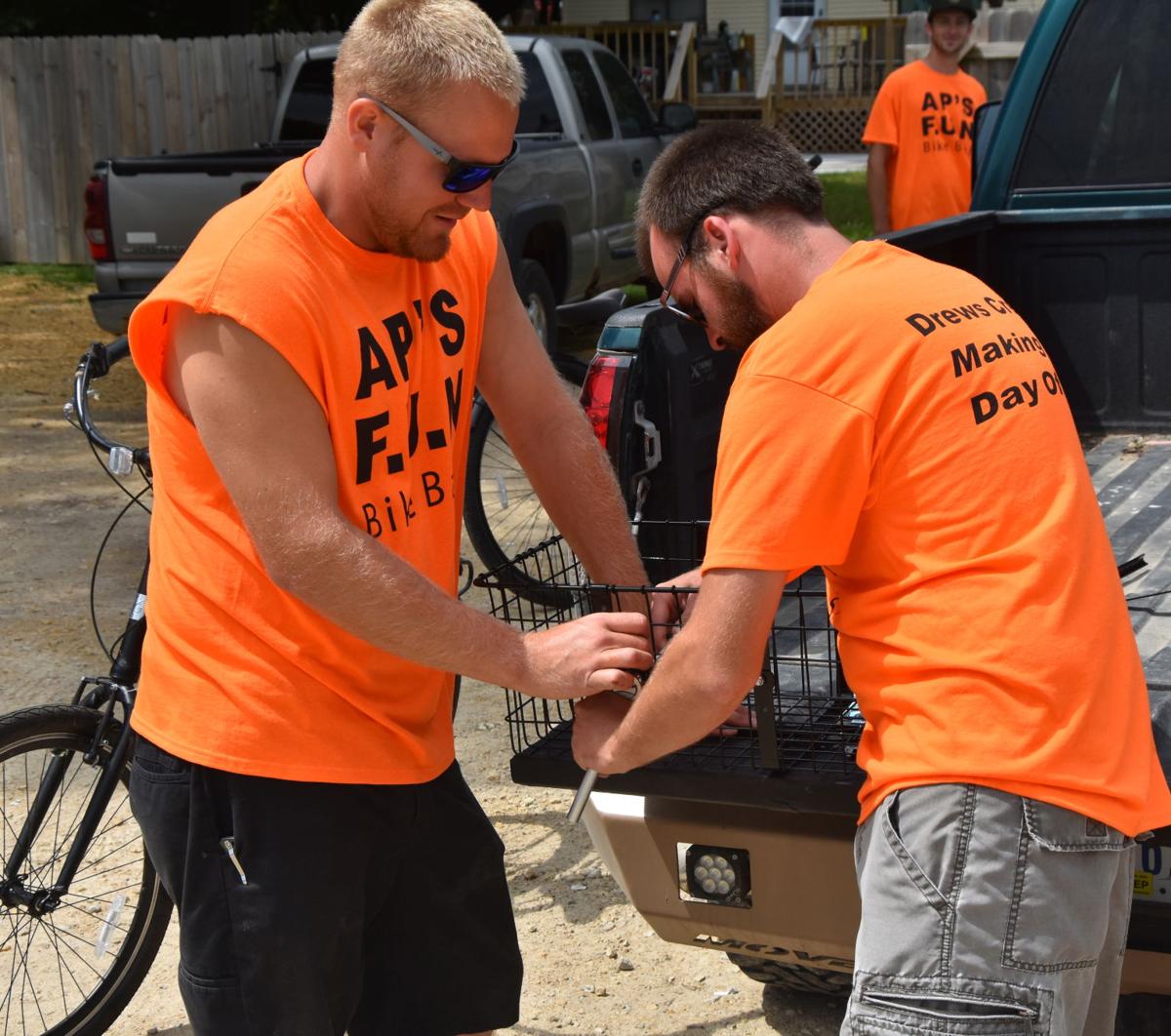 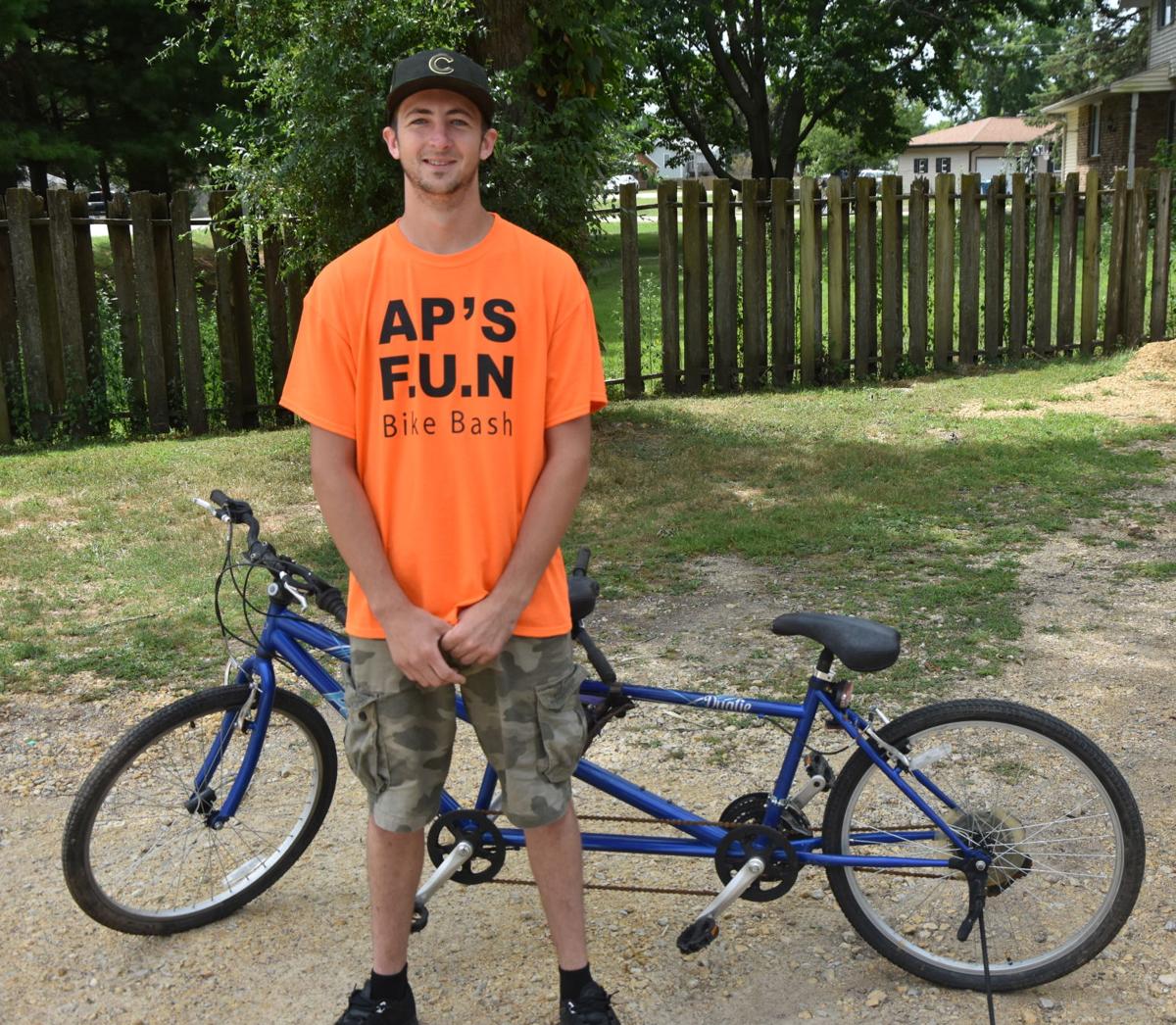 Austin Pruett waits by his bicycle for the annual AP’s Bike Bash Saturday.

Austin Pruett waits by his bicycle for the annual AP’s Bike Bash Saturday.

CAMANCHE — For the second year in a row, a combination of a bicycle ride and pub crawl in Camanche brought together friends and family for a cause.

Through T-shirt sales and registration fees, Pruett is making his mark on the Camanche community.

“We’re just going to support some of our local businesses, have a good time, and donate some money to charity,” Pruett said ahead of Saturday’s ride. “It’s going to be a great day.”

On Facebook, more than 130 people expressed interest in riding or in buying a hard-to-miss fluorescent orange T-shirt commemorating the day. Activity was picking up at the Poor House Tap just before 1 p.m. as participants began to gather, unload their bikes, put on their shirts and maybe grab a quick drink.

What started last year as a birthday celebration for Pruett has quickly turned into more than a way for him to have a good time with friends and family.

“I’m friends with so many people here in Camanche, and I see some of them suffering,” Pruett said. “Whether it’s children, or parents, or whoever it is, I just wanted to do something to help.

“We think we’ve doubled the number (of participants) from last year,” Pruett said, “so we’re hoping for next year to be even bigger and better. Camanche is just a really tight-knit community, and everybody is here to support everybody else.”

The success of the event is largely thanks to that community feel in Camanche, Pruett said. Through the Facebook page and word of mouth, AP’s Bike Bash became the talk of the town, and as the orange shirts began to converge on the Poor House, the success of the efforts of Pruett and company showed.

Doubling the number of participants from last year is a point of pride for the group and further highlights how close Camanche friends and family are – and what they’ll do to help out one of their own.

“It’s crazy,” Pruett said. “Last year we were at about 70 people, so to see it grow so much is such a good feeling, especially knowing that it’s for a good cause.

“We’ll also be continuing to accept donations, so people can feel free to contact me if they want to help out, too,” Pruett said. Anyone interested in donating may contact Pruett through the Facebook page, AP’s second annual bike bash.