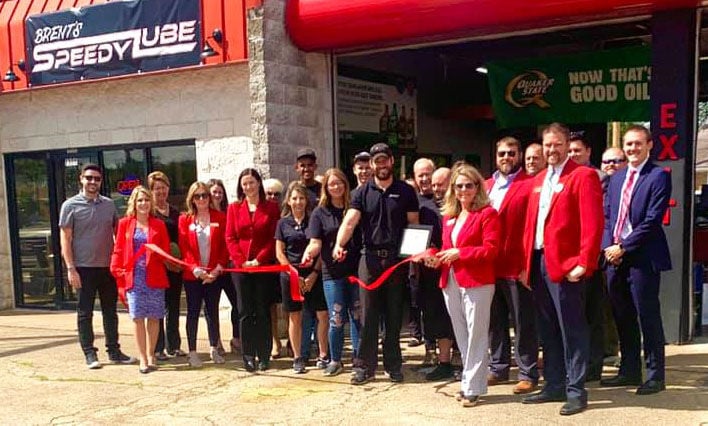 Brent’s SpeedyLube celebrates its ribboncutting with the Clinton Area Chamber of Commerce. 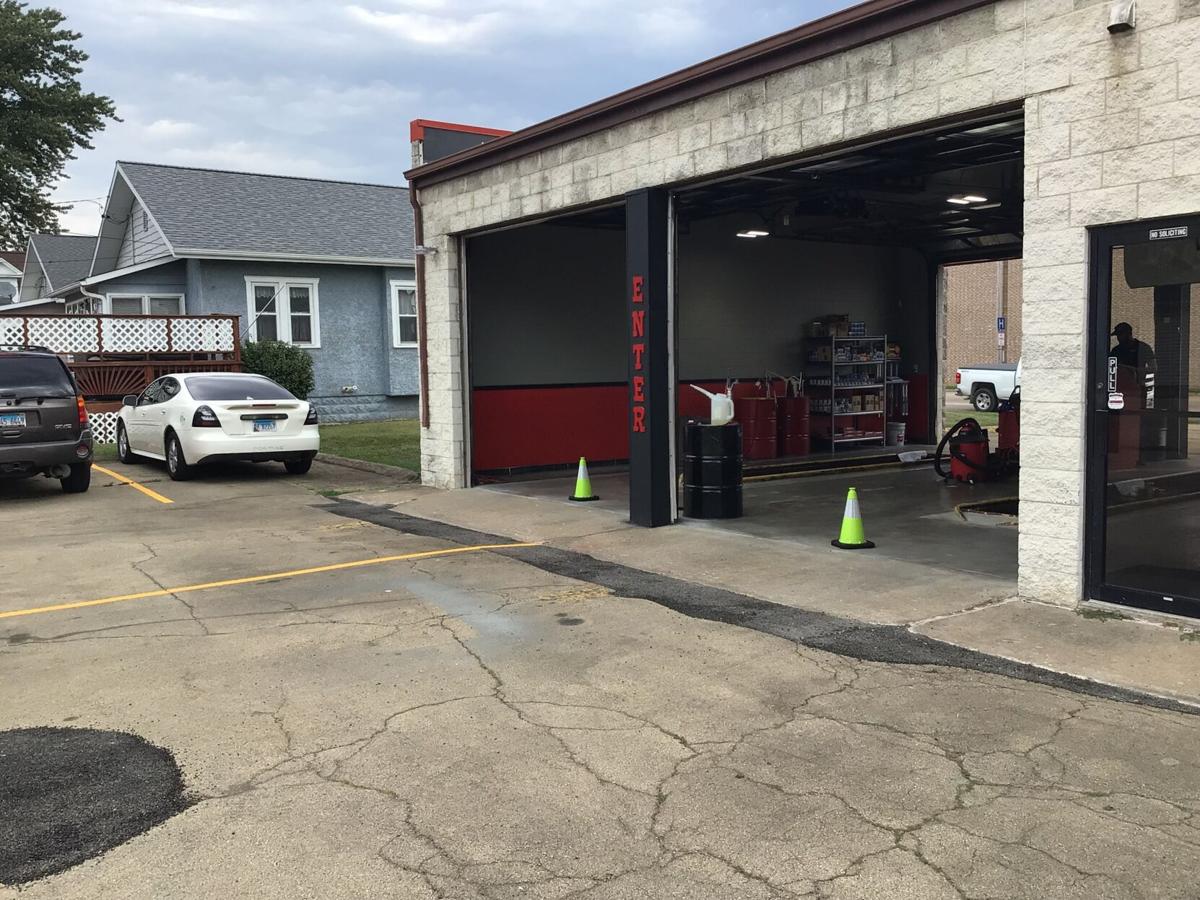 The entrance for cars to get serviced at Brent's SpeedyLube is shown. 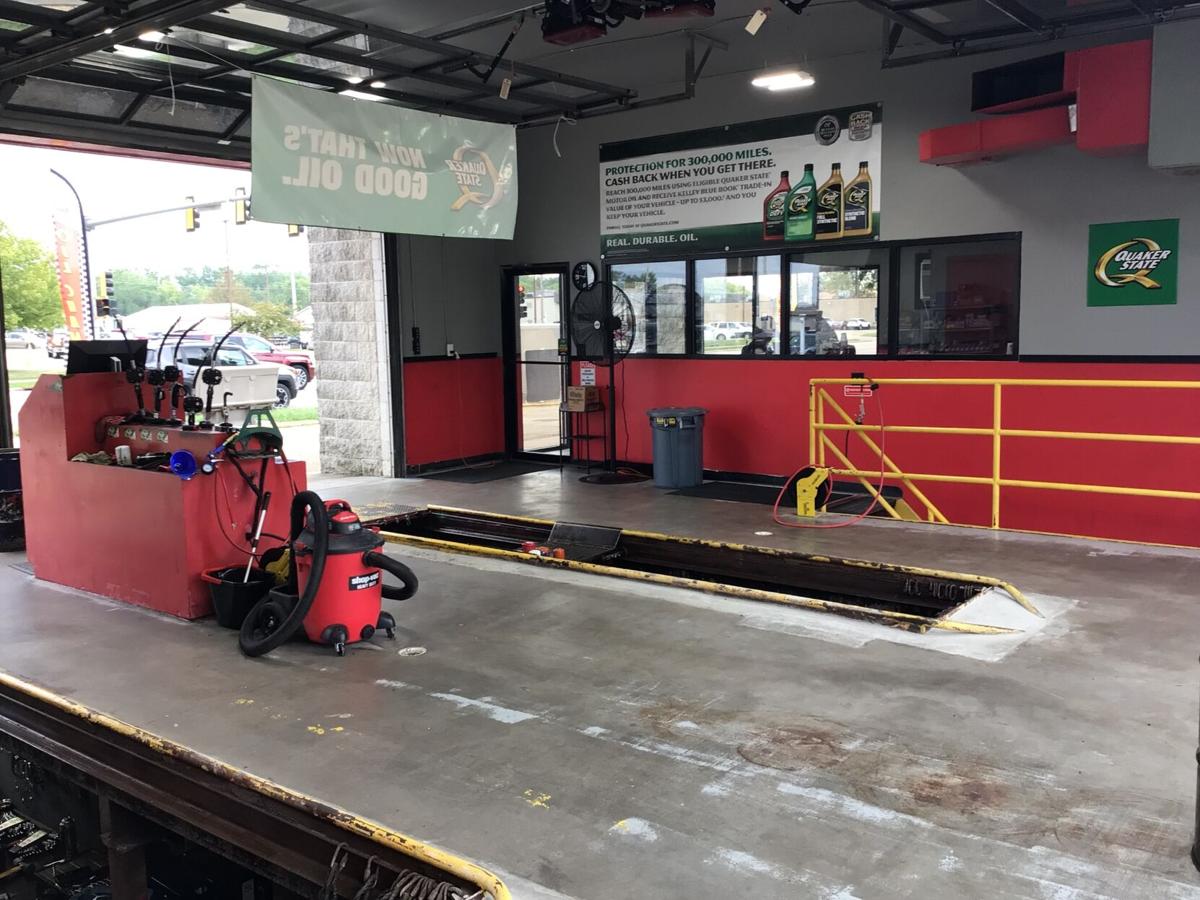 The inside of Brent’s SpeedyLube is shown. 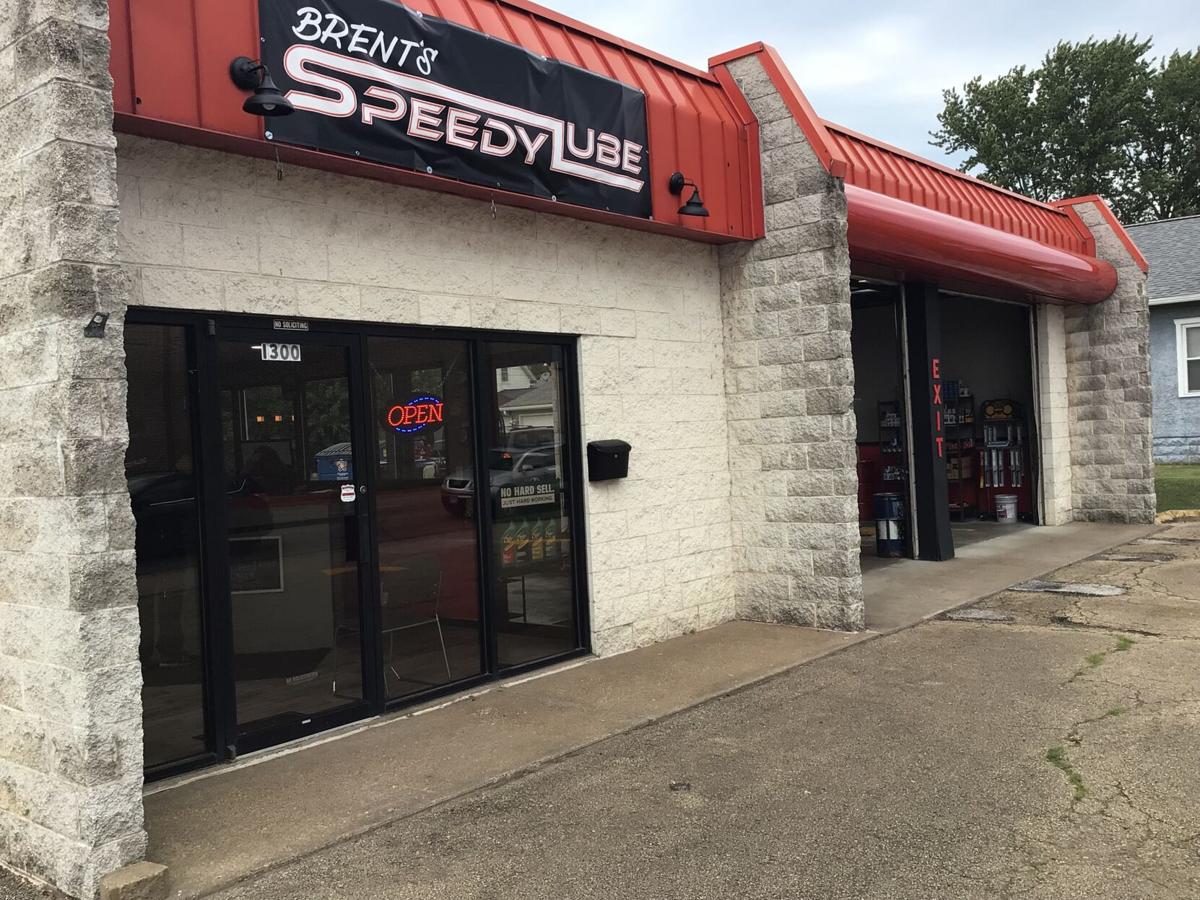 Brent’s SpeedyLube opened to the community in July.

Brent’s SpeedyLube celebrates its ribboncutting with the Clinton Area Chamber of Commerce.

The entrance for cars to get serviced at Brent's SpeedyLube is shown.

The inside of Brent’s SpeedyLube is shown.

Brent’s SpeedyLube opened to the community in July.

CLINTON — Brent’s SpeedyLube opened its doors to the community earlier this year, with a goal of providing quick, 10-minute oil changes at an affordable rate.

The Brent’s SpeedyLube building had sat vacant for about 12 years prior to the business opening, Owner Brent Tomman said. The building is located at 1300 N. Second St., Clinton. They opened up for business July 24, after a lot of renovations, Tomman said.

Tomman has had an eye on the building for the past six to seven years, but the price of the building was too high, he said.

“The guy was not willing to negotiate it,” Tomman said. “And so I went after it and very aggressively. It just wasn’t in the cards for the longest time. And I was working as a fab guy. Steel fab. And yeah, I went after it in 2016, 2018 and then last year. And about this time I went after it. And then November, I started really sinking my teeth into it and then through the winter months of February, March, April, I started getting in here. And then June and July we really went heavy in getting ready to be opened up for July 24.”

Putting a staff together was easy, Tomman said. Tomman’s wife and best friend started working with Tomman at the start. He knew the three of them would get the business up and running, he said. They have had a couple people come into help since, he said. They have had additional people express interest in working at Brent’s SpeedyLube but it is a smaller operation. They have six people working there right now, Tomman said.

The business’s focus is providing a 10-minute oil change. They use Quaker State Oil. Tomman takes a little out of his own pocket to make sure the customer is getting a quality oil, he said.

“A lot of places that provide a 10-minute oil change service do not use Quaker State,” Tomman said. “They use like a house brand, is what they call it. Saves them a lot of money. I won’t do that. I use the quality oil so that way everybody knows when they come and get their oil change here, they’re going to get the best. The best of the best.”

Brent’s SpeedyLube also works on wiper blades and air filters, Tomman said. They try to stay away from services that would deviate from the 10-minute oil change, he said.

“Everybody is looking for that instant satisfaction in 2021,” Tomman said. “They want to pull up, they want to get it done. They want it at an affordable rate.”

“We’re trying to monopolize Clinton as the one and only place where you want to go to get your oil change,” Tomman said. “To get your car serviced. And we do windows, tires, vacuuming, grease the points downstairs, fill up your washer fluid, check your coolant, check your power steering. The only thing that we don’t check are brakes and transmissions.”

“If you come in and ask me can I get an oil change, how long does that take. I tell them 10 minutes,” Tomman said. “But if someone pulls in, their spot is gone and it’s first come, first serve. So I don’t tell people you got move, they were here first. You got to pull up to my back door.”

Even if there are two cars getting serviced, it should only take 20 minutes to get the car worked on because of the 10-minute oil change.

“If you go to any of the competitors in Clinton, that’s still about an hour quicker than everywhere else,” Tomman said.

They are currently servicing more than 30 cars a day, Tomman said. His goal was to do 20 cars a day and they are crushing that goal, he said.

The business is open Monday-Saturday from 8 a.m. to 6 p.m. They are closed for major holidays.

CLINTON [mdash] Carrol R. Feddersen age 77 of Clinton, passed away Tuesday Oct. 12, 2021 at Prairie Hills Clinton. Funeral service will be held 2:00 PM Saturday at the Pape Funeral Home. Visitation will be held Saturday 1:00 PM until the service hour at the funeral home. Burial will be at Oa…