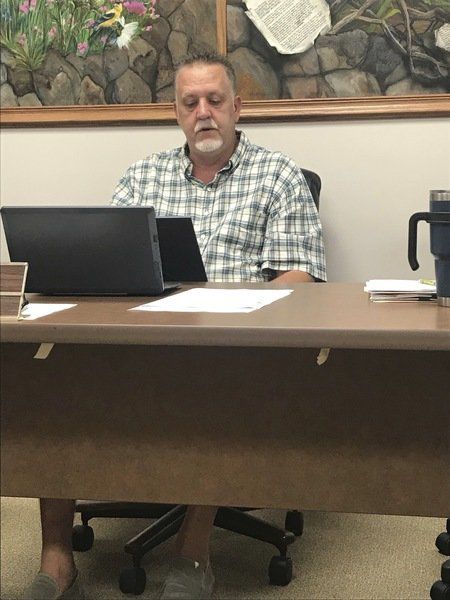 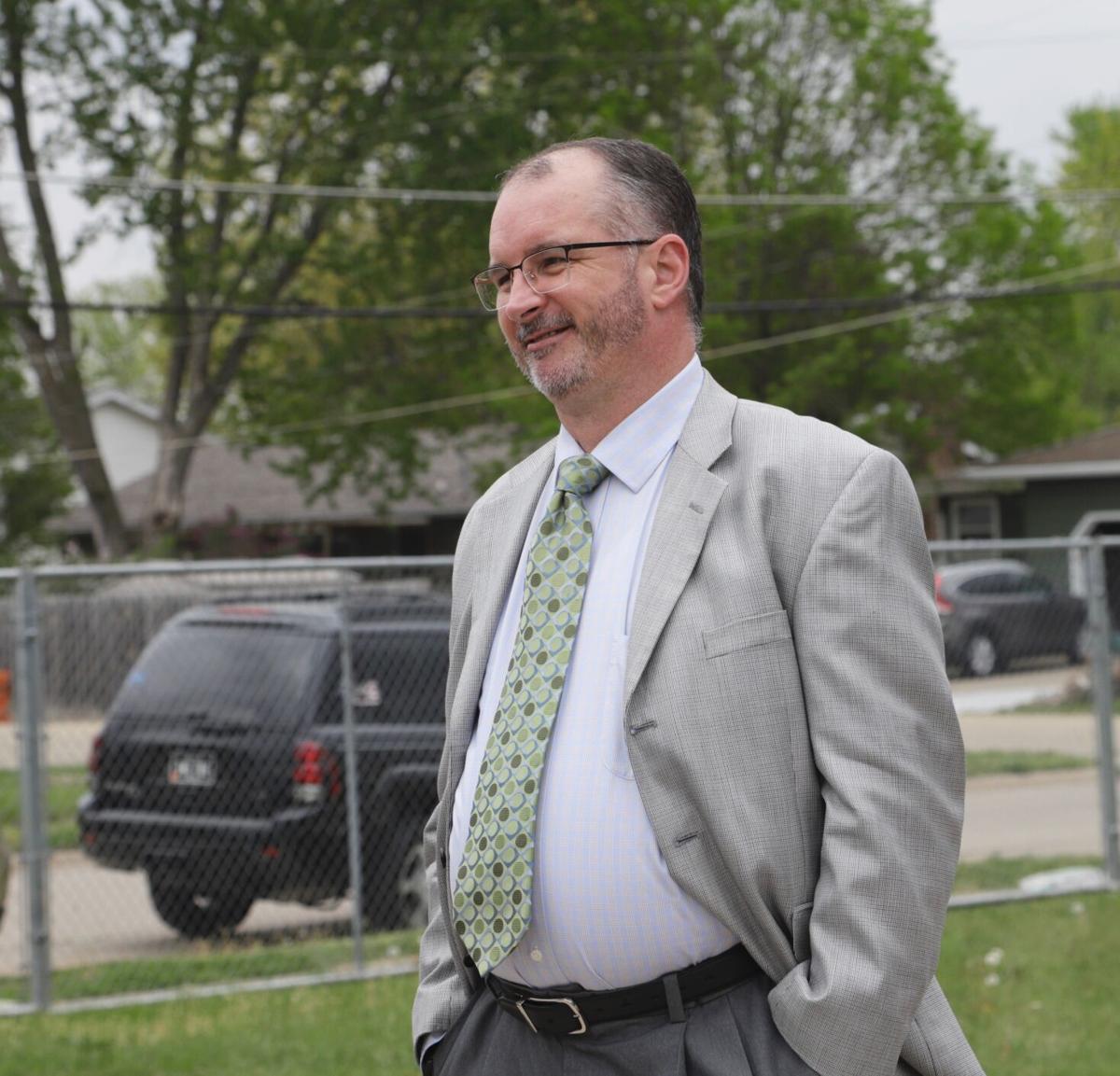 In this May file photo, Camanche City Administrator Andrew Kida attends a groundbreaking in Camanche.

CAMANCHE — The Camanche City Council supports a city ordinance on the role of the mayor to include language that the mayor and city administrator jointly recommend appointments for public safety positions.

The council voted 4-1 this week to approve an amendment to the motion to pass the ordinance’s first reading. Councilman Brent Brightman was the lone council member to vote against the ordinance amendment. Dave Bowman, Marty Schnoor, Paul Varner and Danny Weller all voted in favor of the amendment.

Under the ordinance, if the mayor and city administrator cannot agree, the appointment would then go to the City Council for a vote.

Weller believes the mayor should be involved in the process. He suggested a joint recommendation from the city administrator and mayor for public safety appointments.

Bowman believes that is “a great solution.”

The city could have a situation where they do not have a city administrator in place and the mayor will need to step in, Schnoor added.

Under the initial ordinance language submitted to council, the power to make appointments was given to the city administrator, Bowman said. Bowman cited other municipalities in which a newly elected mayor has gone in with an agenda and tried to clean house. The council is trying to prevent that from happening in the future, he said.

If a city administrator does not like someone, he or she could do the same thing, Camanche Mayor Trevor Willis believes.

“If the city administrator messes up and the people don’t like the decisions he made, they can’t get him out of office,” Willis said. “But the mayor, they can vote him out two years down the road or less. And let me say this, the State Code gives mayors the authority in times of an emergency to take over the police department and rule by proclamation. I don’t want somebody that sees things his way being my police chief when that happens. I want somebody that I chose.”

Councilman Brent Brightman questioned how much Willis knows about what goes on in the day-to-day job of a police chief and fire chief.

“Nothing now,” Willis said. “I haven’t been able to talk to anybody.”

That is because it is the city administrator’s job, Brightman said.

“You have no idea what goes on,” Brightman said.

The city administrator has to answer to the council, Varner said. That has nothing to do with public safety, Willis contends.

If the mayor and city administrator can work together for the appointments, the city can probably have the best of both worlds, Camanche City Attorney John Frey said. If they cannot agree, it would then go to the council, which would make the decision, Frey noted.

“This would be consistent with the state code,” Frey said. “It is a directive from the council that those two appointments would be made jointly by the mayor and the city administrator. And that if they are not able to agree on the appointment, then the council would ultimately make the appointment. You have five elected City Council members who also represent the consensus of the citizens.”

The council also approved the first reading of the ordinance.