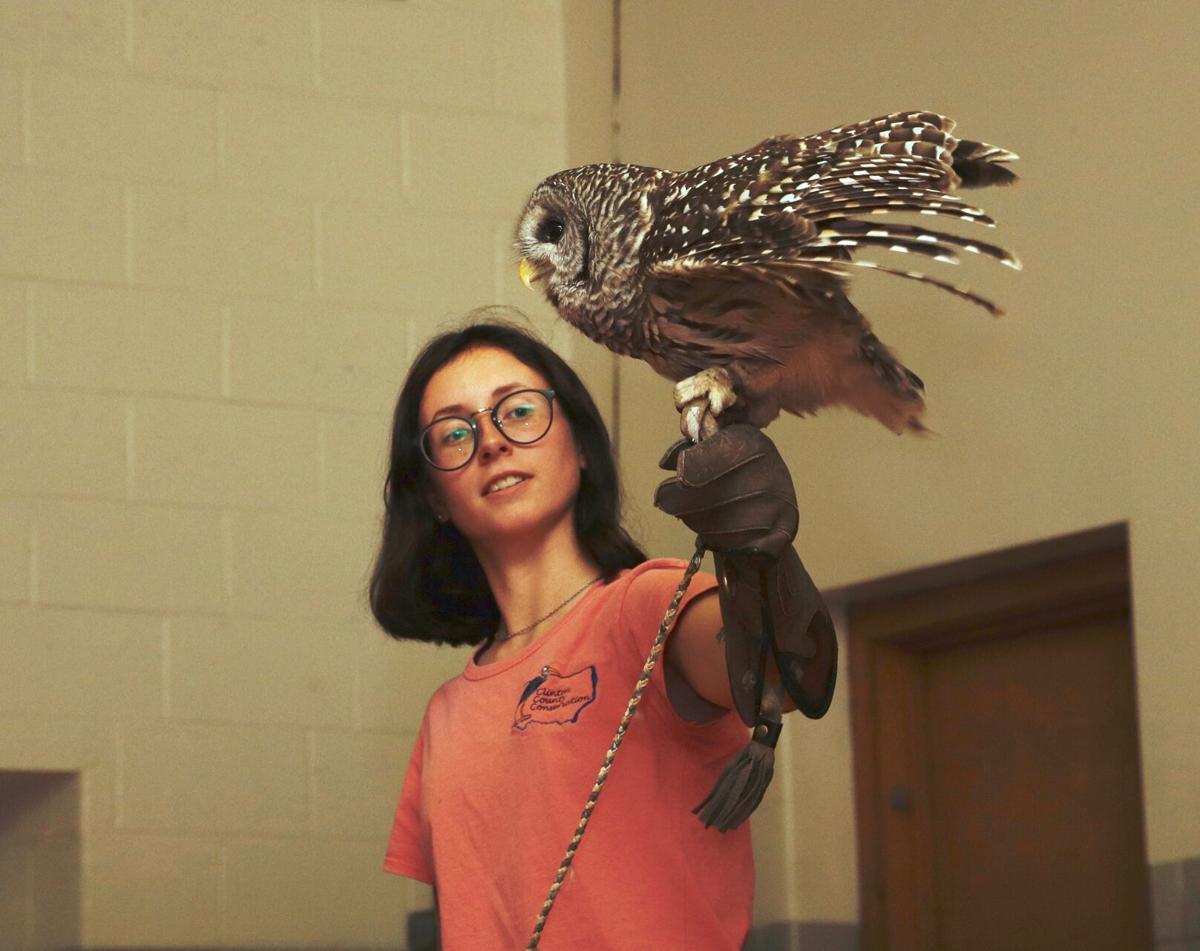 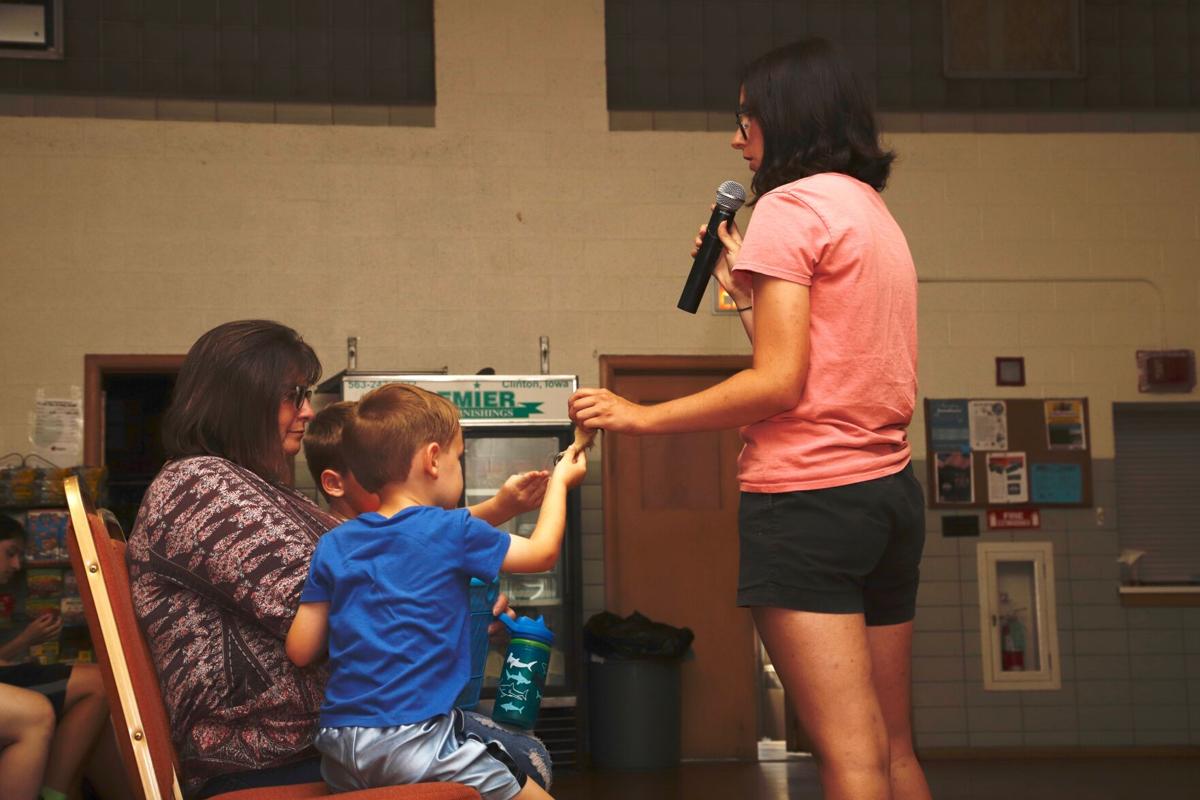 Young boys touch the claw of an owl shown to them by naturalist Cassidy Stoecker during a summer program Monday. Winona Whitaker/Clinton Herald 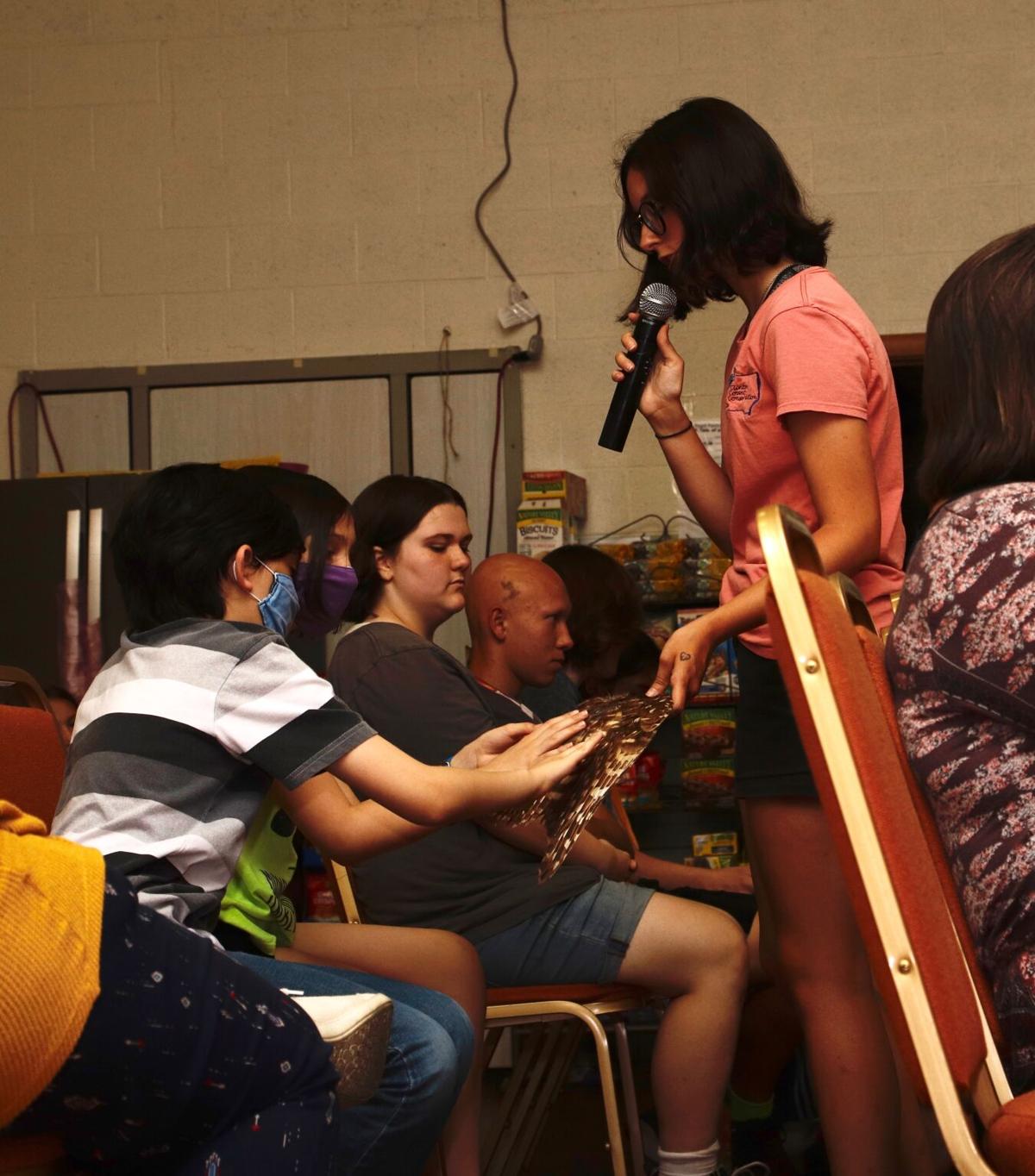 Children touch an owl's wing shown to them by naturalist Cassidy Stoecker during a summer presentation at Gateway Area Community Center on Monday. Winona Whitaker/Clinton Herald 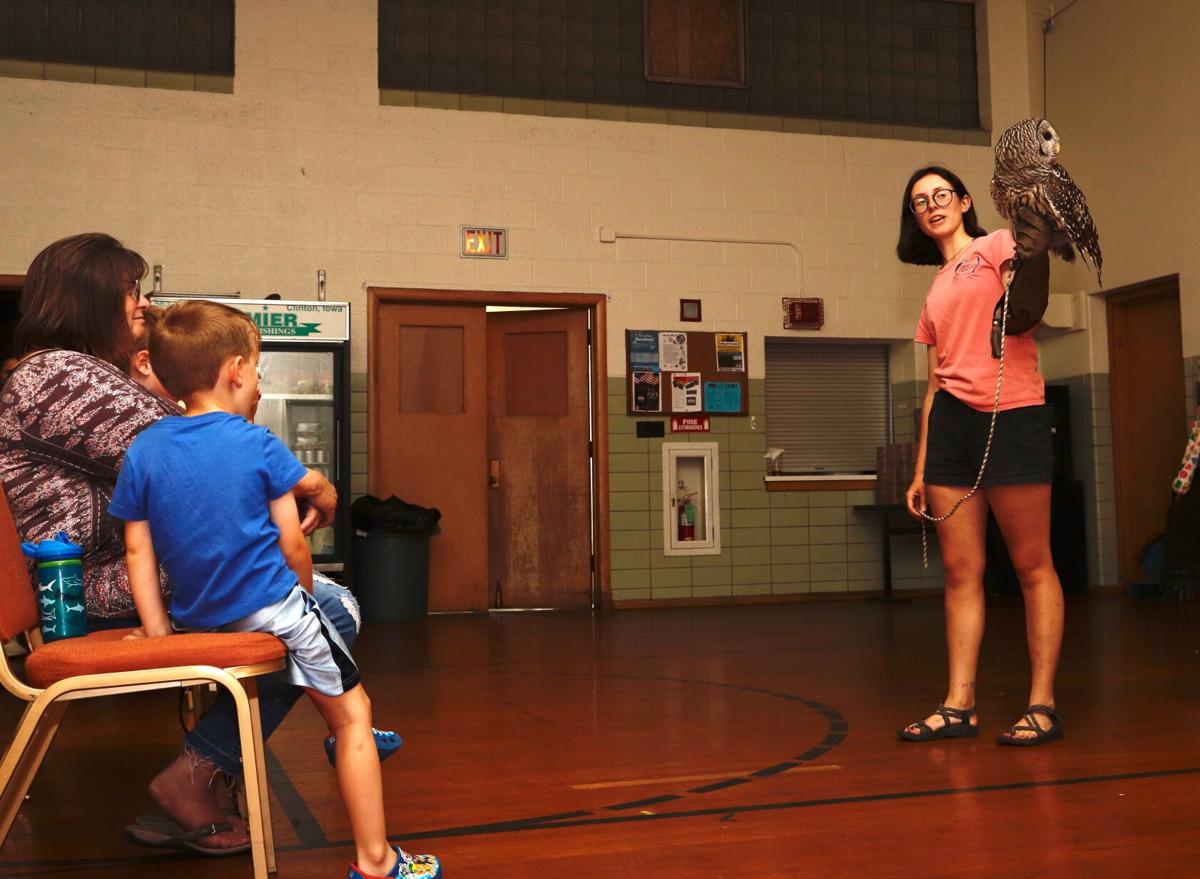 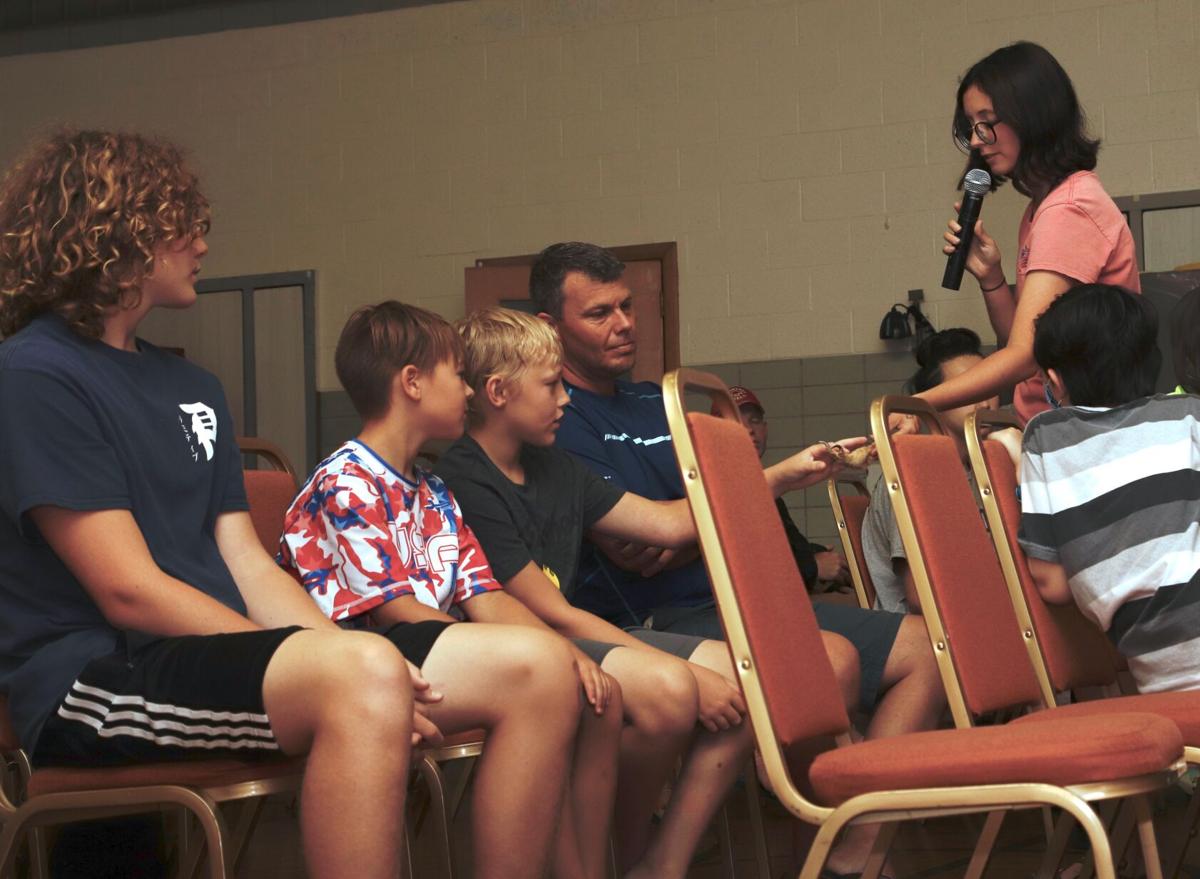 Young boys touch the claw of an owl shown to them by naturalist Cassidy Stoecker during a summer program Monday. Winona Whitaker/Clinton Herald

Children touch an owl's wing shown to them by naturalist Cassidy Stoecker during a summer presentation at Gateway Area Community Center on Monday. Winona Whitaker/Clinton Herald

CLINTON — After Cassidy Stoecker read a book about owls to children Monday at Gateway Area Community Center, the AmeriCorps naturalist introduced the youngsters to a live barred owl.

The children knew a little about owls already. They’ve seen snowy owls in the Harry Potter movies, they said.

But Stoecker spoke of owls that are common to Iowa rather to Hogwarts. The eastern screech owl lives in dead trees, she said. They are active day and night and are camouflaged against tree bark. They won’t be found in grasslands or other wide spaces, but they might be found in town, if the area has enough trees.

The great horned owl is about twice the size of the eastern screech owl, Stoecker told the children. She produced wings and talons of both owls for her listeners to touch and compare.

The great horned owl is one of the biggest in Iowa. It hunts small animals, including smaller birds like the screech owl, Stoecker said.

The most common owl in Iowa is the barred owl. It’s larger than the screech owl but smaller than the great horned owl, said Stoecker. The barred owl doesn’t migrate, but remains in Iowa all winter.

Stoecker played recordings of each of the three owls, noting the differences between the creepy scream of the screech owl and the traditional whoooo whooo made by the barred owl.

Then Stoecker introduced children to the County Conservation’s barred owl. The owl weighs about three pounds and is probably between five and seven years old, said Stoecker.

Clinton County Conservation adopted the owl about two years ago, Stoecker said. The owl was rehabilitated after it was hit by a car while eating on the highway. The owl could not survive in the wild after its injury, she said.

The barred owl stood on Stoecker’s arm and panted in the heat as children asked questions and studied the bird.

Timothy Armstrong, 66 of Clinton passed away at his home, Clinton. Services will be 1:00 pm, Monday, September 27 at Snell-Zornig Funeral Home, Clinton. Visitation is two hours prior to the service. See full obituary at www.snellzornig.com.

Heidi Burn, 67 of Camanche, passed away Sunday, September 19, 2021 at her home. Visitation will be from 4:00 to 7:00 PM Thursday at the Pape Funeral Home. Services will be Friday morning at the funeral home.