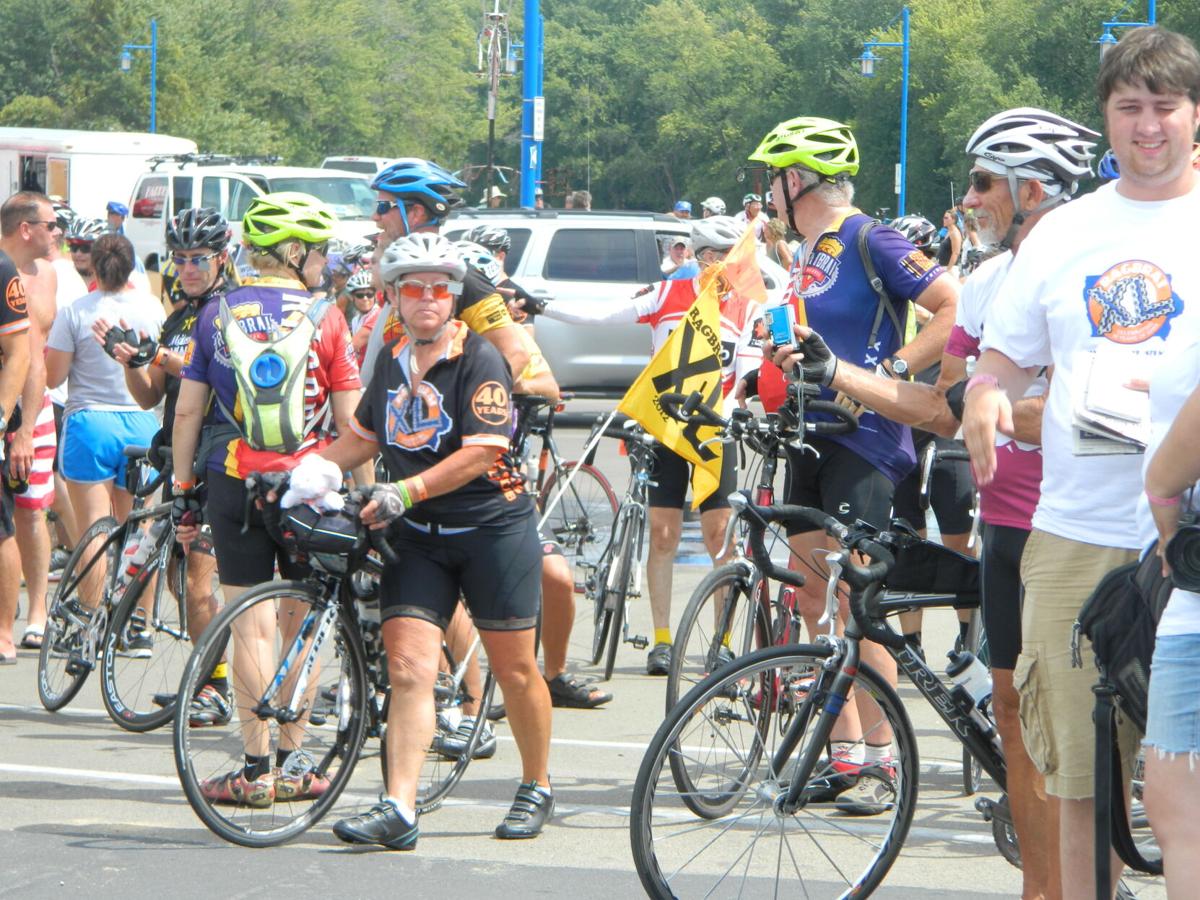 In this July 2012 file photo, RAGBRAI riders arrive in Clinton to finish their trip across the state. Clinton will again serve as the end stop for RAGBRAI this July. 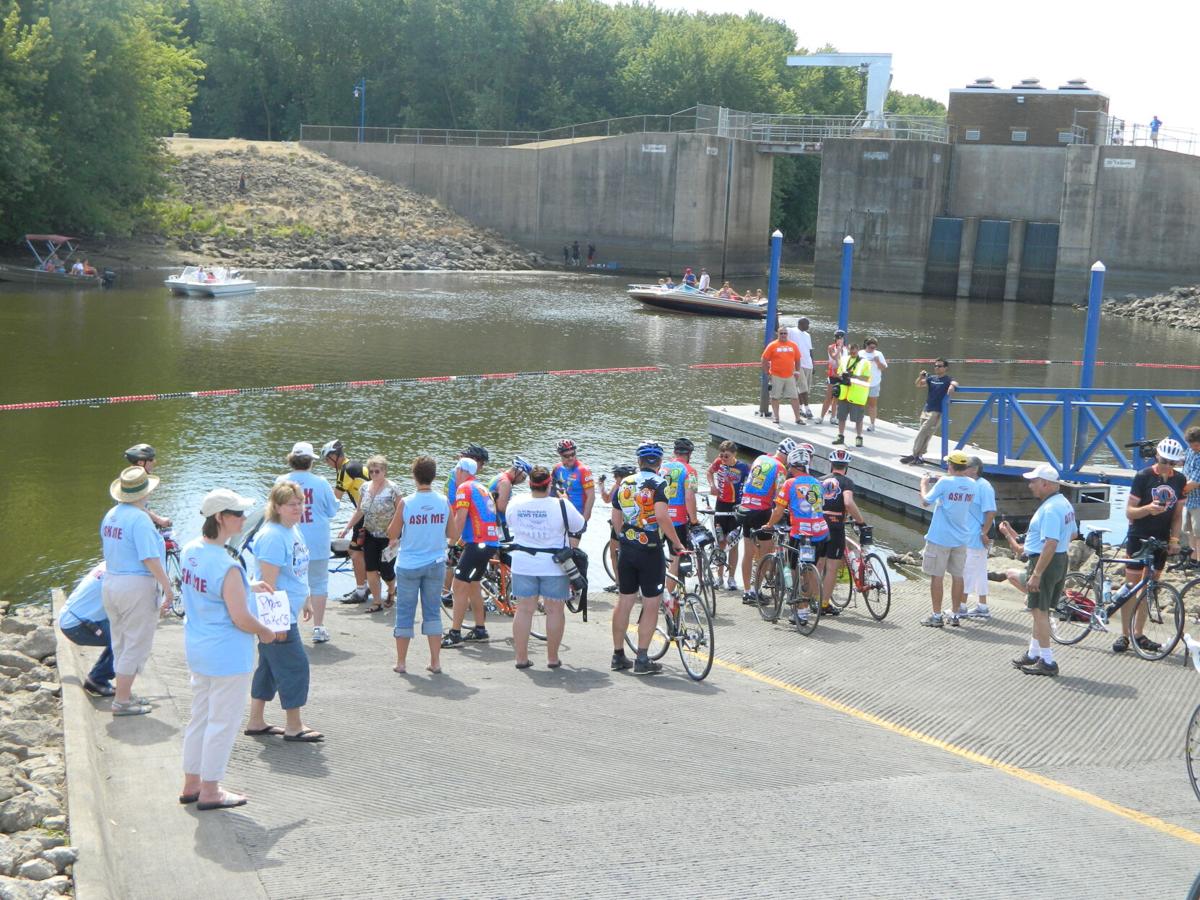 In this July 2012 file photo, RAGBRAI riders dip their bike tires in the Mississippi River to end their cross-state ride. The city of Clinton signed an agreement with RAGBRAI last week to provide for cyclists in this year’s ride, which will again end in Clinton. File photo

In this July 2012 file photo, RAGBRAI riders arrive in Clinton to finish their trip across the state. Clinton will again serve as the end stop for RAGBRAI this July.

In this July 2012 file photo, RAGBRAI riders dip their bike tires in the Mississippi River to end their cross-state ride. The city of Clinton signed an agreement with RAGBRAI last week to provide for cyclists in this year’s ride, which will again end in Clinton. File photo

CLINTON — Despite concerns about the ambiguity of the document, the Clinton City Council has approved an agreement with the Register’s Annual Great Bicycle Ride Across Iowa organization.

The agreement approved last week outlines payment and other requirements and tasks expected for the Clinton stop.

“I’ve been heavily involved with RAGBRAI,” said Councilman Gregg Obren, “and this is the first agreement that RAGBRAI has ever submitted to the towns along the route.”

The agreement is “very open-ended,” said Obren. After going over the document himself and talking with the state director and the local RAGBRAI committee, Obren concluded, “It’s just not really a very specifically laid-out agreement. It’s very general.”

“Some of the things, as an end town, do not apply to us,” said Obren. “And so we changed some of those things in there.”

Cyclists and their teams are expected to arrive in Clinton on Friday and Saturday, July 23 and 24 to leave their vehicles before heading west to Le Mars to start the ride Sunday.

They’ll return to Clinton to finish RAGBRAI Saturday, July 31, after spending Friday night in DeWitt. The agreement pertains to the final night.

Each overnight town is expected to sign an agreement with RAGBRAI. The agreement makes the towns responsible for things such as recruiting and providing all volunteers for the event, trash cleanup, parking for 3,000 cars and recreational vehicles, the sale of food and beer and other beverages, potable water and live entertainment for up to 20,000 people.

It gives Ventures Endurance, doing business as RAGBRAI, access to and use of the town for three days, from one day before cyclists arrive in town (July 30 for Clinton) through the day after (Aug. 1).

RAGBRAI will pay the town $15,000 for the use of facilities and will donate $15,000 to a charity or charities of the town’s choosing, the agreement says.

“We’re the last stop,” said Councilwoman Rhonda Kearns. “How many people generally spend the night in the end stop? Because, if I’m not mistaken, I read that we’re supposed to provide music and food vendors, and all that stuff. But if we’ve only got 50 people hanging out, is it really worth it for that to happen?”

“We’re not expecting people to stay overnight on Saturday night,” Obren said. But because of the limited number of hotels in DeWitt, where riders will spend the night before, Clinton’s RAGBRAI committee is expecting an overflow to come to Clinton on July 30. “We’re even considering ... doing something that Friday night,” Obren said.

Providing main-stage entertainment for 20,000 won’t be necessary Saturday night, Obren said. “There’s not going to be 20,000 people past ... 3:00 on Saturday,” said Obren. “They’re gonna dip their wheel, load their bike and get out of town.”

As an end stop, Clinton is also the first stop, said Paula Stewart of Alliant Energy by phone. “So they will be in town a lot,” she said. “The first night they will bring all their stuff in. And that is ... the big party night.”

“That weekend I expect more,” said Kearns. “The last weekend I don’t expect a lot.”

Obren said he told the state RAGBRAI organization that the agreement doesn’t say anything about July 23-24 in Clinton, mentioning only the end date of July 31.

But Clinton will have more people spending the night July 23 before heading west for day one of the ride than it will July 31 when the ride is over, Obren said.

Obren addressed the issue with the state committee, he said, and when the agreement came back revised, it still did not include the first weekend.

“If this is the agreement that they want, and it’s good with legal and all that stuff, you go with this,” said Mayor Scott Maddasion. “And as a committee you can plan on having stuff that first weekend. You don’t necessarily need to bind it in this agreement to that.”

“We’re going to have a lot of people here on Friday the 23rd doing long-term parking starting that night and Saturday the 24th, so we’ll have ... literally thousands of people here that weekend,” said Obren.

“That Friday night before is when we’re going to probably have some events going on,” Obren said.

“The dates should be accurate,” said City Attorney Patrick O’Connell. “We should get that clarified.”

The date was only one concern O’Connell had about the document.

“It has nice liability provisions wherein they accept responsibility except where we’re grossly negligent,” he said. “What concerned me about it is it has all these open-ended requirements with no specificity whatever.

“Is it jugglers? Is it REO Speedwagon we’re supposed to provide?” O’Connell asked. “Granted, since its non-specific, I guess any live entertainment ... would satisfy the terms on the contract.”

O’Connell said he understands that RAGBRAI wanted to craft an agreement it could use with all the towns along the route and therefore made the agreement broad.

RAGBRAI assumes all liability and risk associated with the participants and their conduct except what is caused by negligence or willful misconduct of the town, the agreement says. The town will keep all revenue generated locally from the event including the sale of food and beer, local expo fees and local RAGBRAI merchandise.

The City Council approved the agreement 6-0 after amending it to include July 23 and July 24. Councilwoman Julie Allesee was absent.