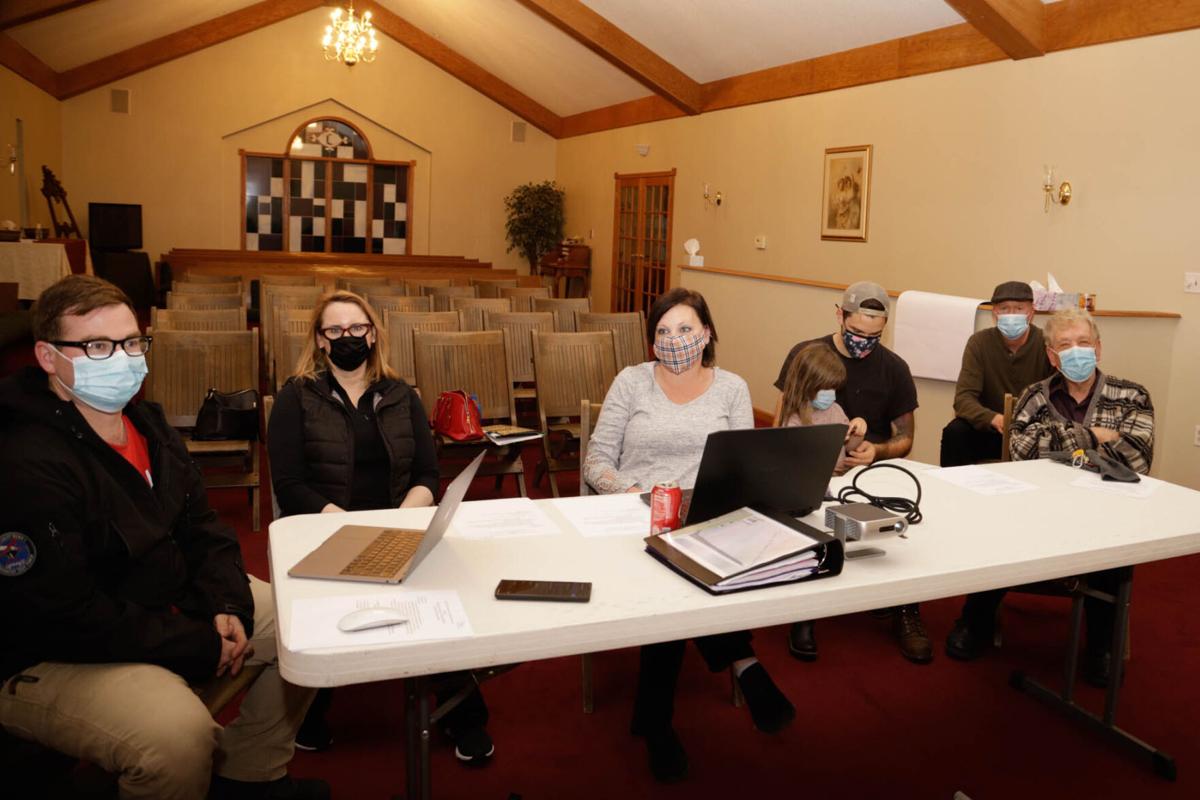 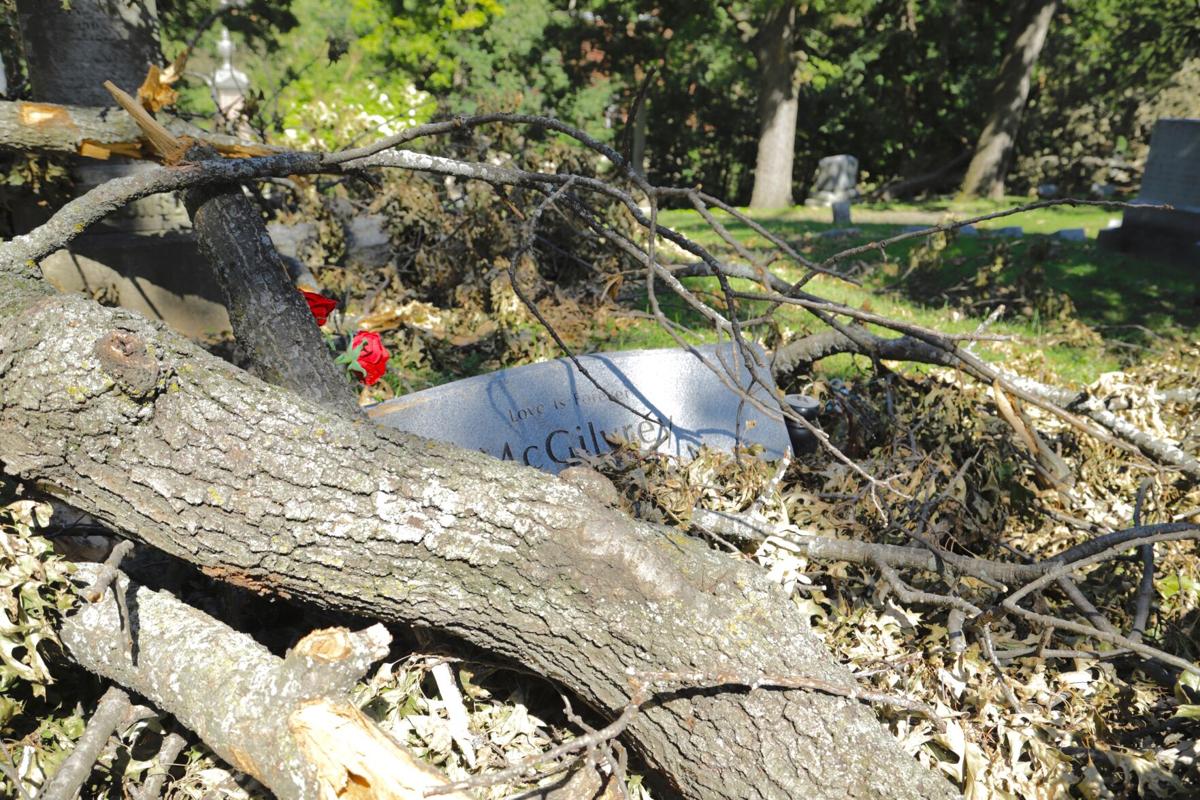 A branch covers a gravestone in Springdale Cemetery following an August windstorm. The new nonprofit Friends of Clinton, Iowa Cemeteries will help cemeteries with expenses, including cleanup. Winona Whitaker/Clinton Herald 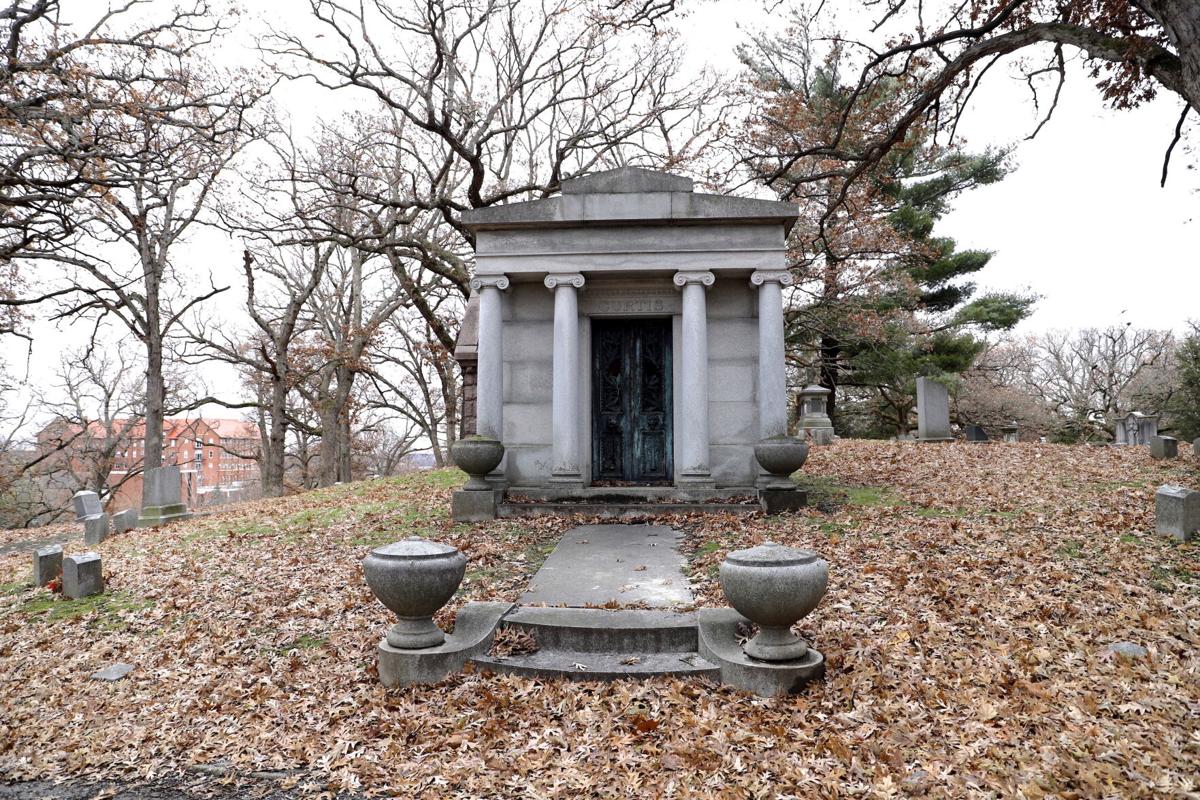 A branch covers a gravestone in Springdale Cemetery following an August windstorm. The new nonprofit Friends of Clinton, Iowa Cemeteries will help cemeteries with expenses, including cleanup. Winona Whitaker/Clinton Herald

CLINTON — Friends of Clinton, Iowa Cemeteries began meeting before the Aug. 10 derecho, but the storm emphasized the need for the non-profit.

The derecho did considerable damage to Clinton’s cemeteries, Sara Hill Dierks, president of the Friends board, said last week. The cost of cleanup and repair could be offset by donations to Friends.

Friends of Clinton, Iowa Cemeteries was created after Springdale Cemetery, at Fourth Avenue North and Bluff Boulevard in Clinton, went into receivership with the state Feb. 7, 2019 due to financial difficulties.

In November, the Clinton City Council approved a 5-year agreement with Mike Goddard, owner and funeral director at Lemke Funeral Homes and Clinton Lawn Cemetery, and with Clinton Holding Company for management of the cemetery.

Friends can pick up some of that cost. “The more folks that donate, the more that lessens the city’s [responsibility].” Goddard said Thursday.

But Friends wasn’t created to help Springdale only. The new 501c3 will be funded entirely through donations, and the board will appropriate money for needs in any of Clinton’s nine cemeteries.

“We’re working very closely with Mike [Goddard] because he’s up close and personal with Springdale. And with his background, he understands the operational side of a cemetery,” Dierks said.

The city ran a notice in the newspaper and on social media asking for volunteers to sit on the board of a new 501c3, Dierks said. “My husband actually pointed that out to me. He knows that’s where my parents are,” she said.

Other board members of Friends of Clinton, Iowa Cemeteries come from different backgrounds but love the history that the cemeteries represent.

Dierks described Springdale as one of the most beautiful places in Clinton. It’s mausoleums and obelisk are examples of period architecture and hold historical significance, she said. “[It’s] some of the nicest architecture we have.”

Board member Bob Betsinger has four generations buried there, he said.

The Friends board meets frequently. “We’re trying to get all our ducks in a row,” Board Secretary Janet Turpen said Thursday.

The website is up, and Friends of Clinton, Iowa Cemeteries has submitted the paperwork required to be recognized by the state as a nonprofit organization.

“We can accept donations now because the paperwork has been submitted,” Dierks said.

The board will designate funds for such things as capital improvements, landscaping, resetting of headstones “which takes specific equipment and knowledge,” Dierks said.

“So many people who have loved ones and ancestors… who are no longer really connected to the Clinton area,” said Dierks. But the graves must still be cared for.

“These trees are 100 to 150 years old,” Goddard said of trees that fell in Clinton cemeteries during the derecho. They are mature oaks of large diameter. Cemeteries have to hire professionals to remove them, he said.

Friends will begin a podcast on the website Oct. 31, Dierks said. The first will discuss the life of W. J. Young, an Irish immigrant who settled in Clinton and found a faster way to move logs downriver.

Visit https://www.friendsofclintoniowacemeteries.org/ to donate or volunteer.