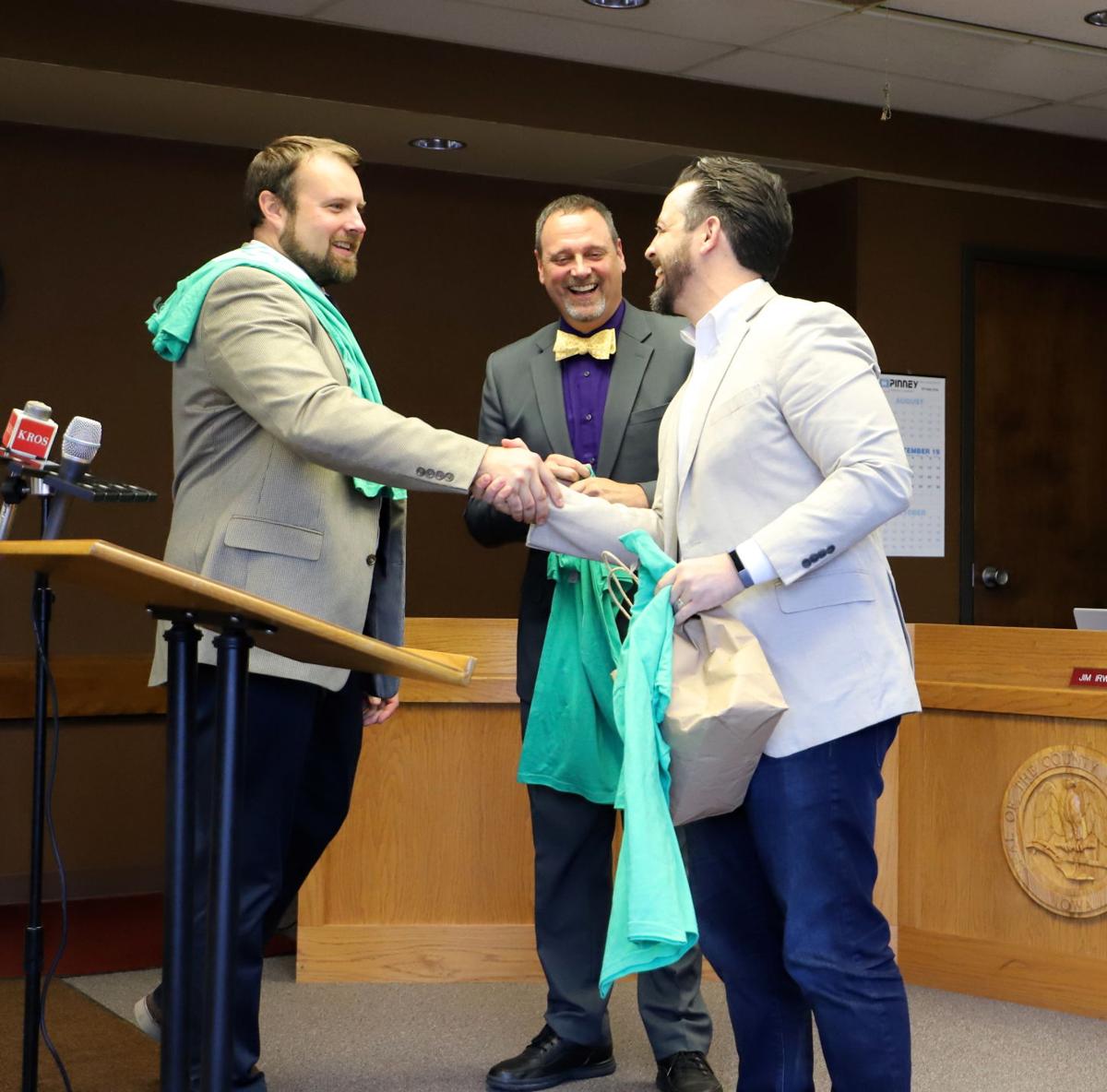 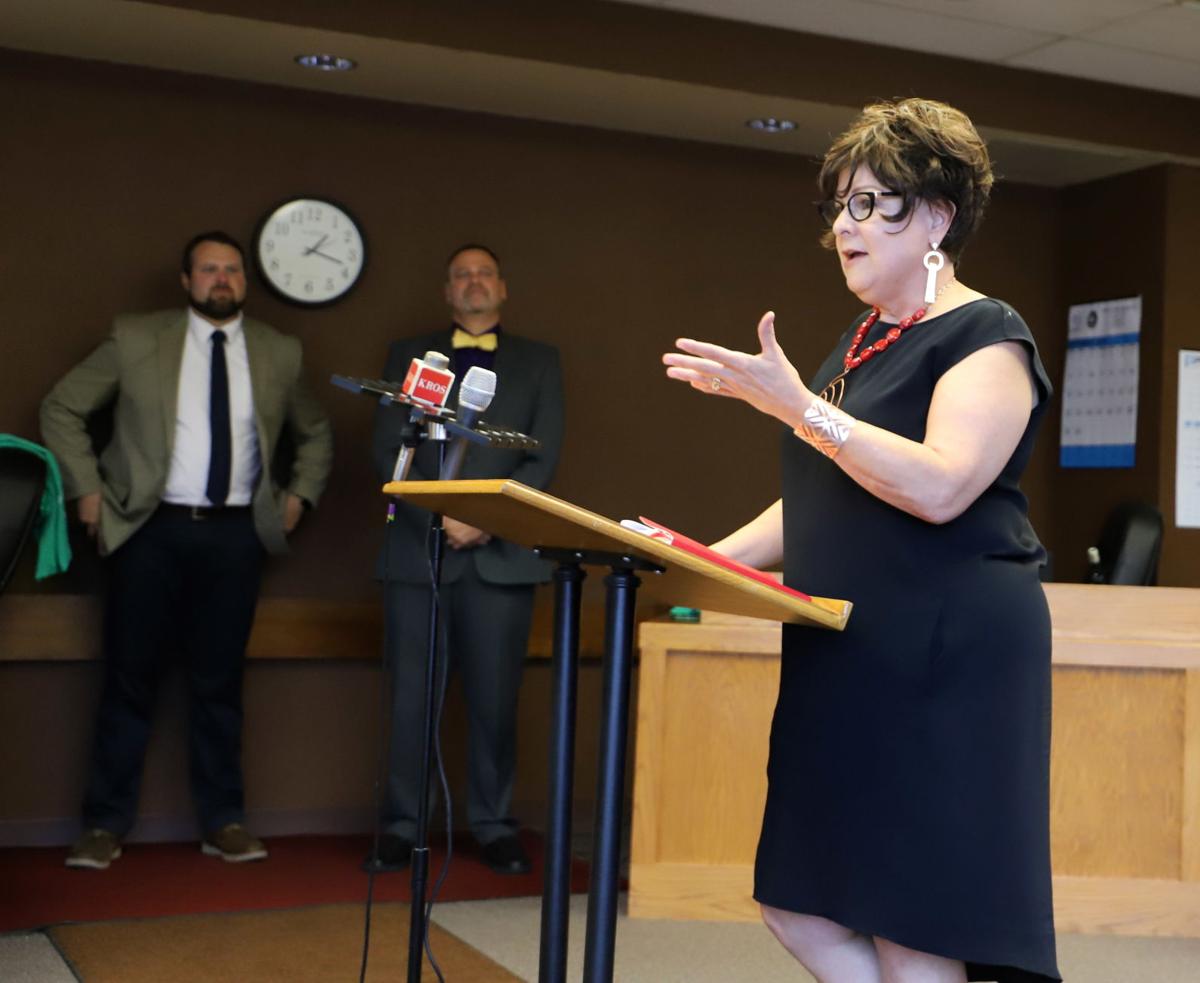 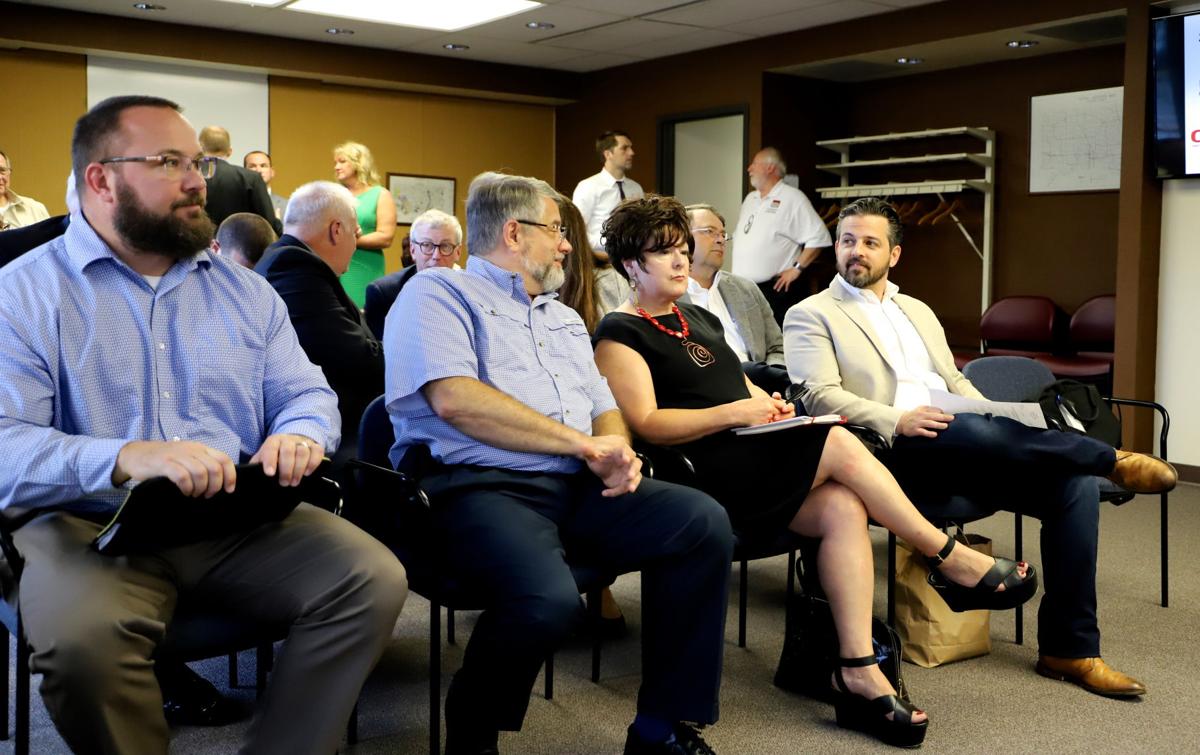 CLINTON – The county that had the largest decrease in population in the state is the first county in the nation to offer a student loan assistance package shared by the county, municipalities and school districts.

David Aronson, CEO of Peanut Butter, a company that builds student loan pay-back programs for businesses, said Wednesday that Clinton County’s program structure is the only one of its kind and is a model for other communities.

Van Lancker thanked Aronson for his help in establishing the program, describing the CEO as a fighter against student loan debt. Aronson helped the county keep administrative costs down, even though it cut in to Peanut Butter’s profits, Van Lancker said.

The first-of-its-kind program offers new residents and school employees a dollar a day toward student loan debt – on top of salaries and other benefits – if they live and work in the participating communities.

“David now has a program that he can cut and paste” into any county in Iowa, Sokolovich said. “This is truly a first of its kind.”

Clinton County’s student loan assistance program “will differentiate us from Scott County,” DeLacy said. While other organizations offering the $1-a-day incentive restrict the program to new hires and new residents, the Clinton Community School District will help any district employee with student loan payments in an effort to keep current employees in the district.

“The market for talent is high,” Aronson said. Unemployment rates are low, and job hopping is on the rise. Two-thirds of job candidates are more likely to move to a community when student loan assistance is offered, he said.

According to studies, millennials will stay with an organization 36% longer if it contributes to repayment of student loans, Aronson said. Having multiple partners in the program will make a huge impact on student loan debt among Clinton County residents, getting them out of debt years sooner and saving them thousands of dollars in interest.

Iowa doesn’t have enough employees to fill its job openings, said Debi Durham, director of the Iowa Economic Development Authority. The state has to find a way to entice people to live and work here.

It’s not that people think negatively of Iowa, Durham said. “People don’t think about us at all.”

The second highest incentive prospective employees list is student loan assistance, according to Sokolovich. CRDC is encouraging private businesses to offer student loan incentives as well. They would not be part of the county’s program, but some would pay more than the $1-a-day offered by the county, Sokolovich said.

Each entity in the county program has different parameters. The county and cities require that applicants be new residents of the respective cities, the city of DeWitt requires that applicants also work in Clinton County, and the school districts will enroll only employees who live in the county.

Clinton County budgeted funds to pay for 40 new residents in the first year for up to five years, Van Lancker said. “It’s $20,000 a year to attract people to the community.” That means 40 new families living in Clinton County. “That pays for itself.”

An application for county and city programs is available at www.clintoncounty-ia.gov. Proof of former and current residency is required.

Payments will be made through Peanut Butter to the financial institutions holding the loans. Residents enrolled in the program will receive notifications from Peanut Butter telling them how much has been paid and how much they’ve saved interest.

Peanut Butter also offers tips and answers to student loan questions to anyone enrolled in the program. Through their Peanut Butter accounts employees can organize their loans, find tactics to save on interest and discover if they would benefit from refinancing.

Why Peanut Butter? “It's the only thing people can afford when they’re in college,” Aronson said. The domain name ramen.com was already taken.