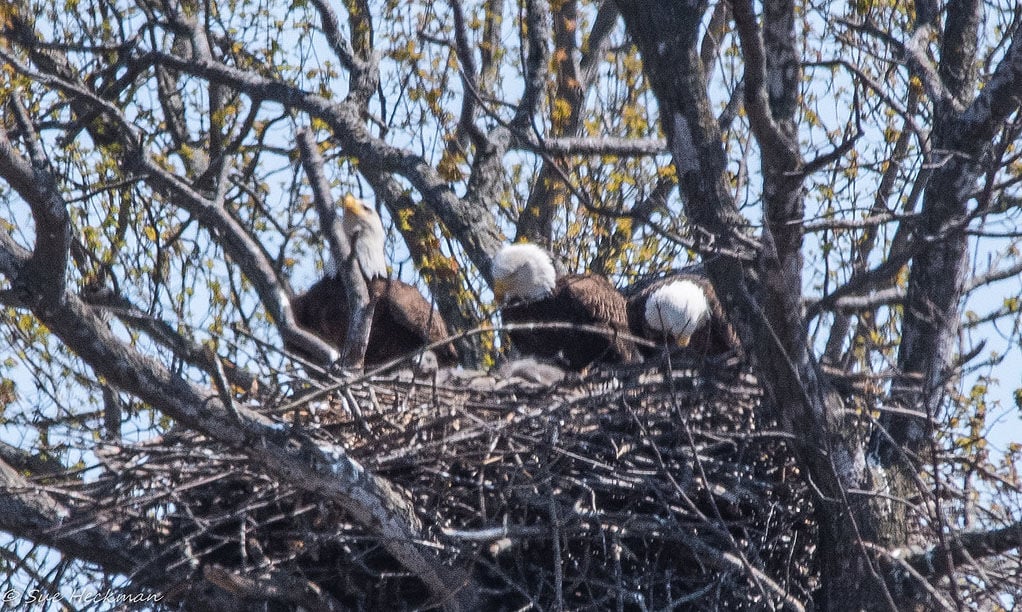 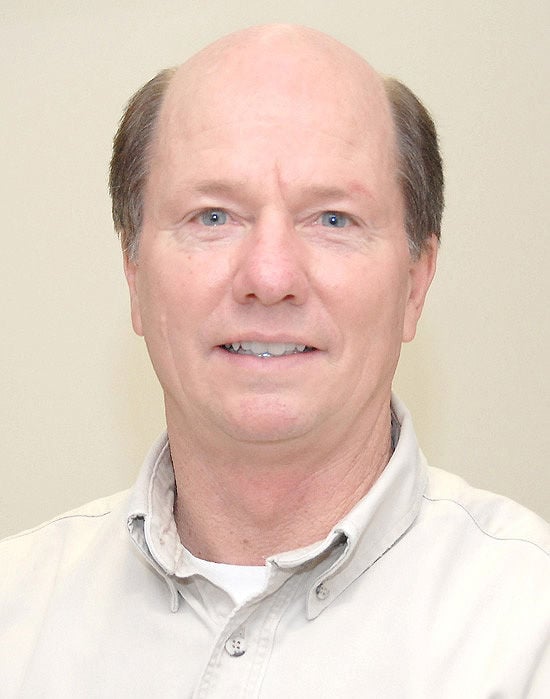 Our local bald eagle trio is once again celebrating new additions to their family. A spying webcam has captured three tiny heads intermittently peering over the rim of the nest. This is great news considering the trio’s nest that had been used for many years was destroyed by last August’s hurricane-force derecho winds.

The new nest tree location fortunately provides a distant view, provided by the webcam that is still attached to the old nest tree. The trio immediately relocated in the same neighborhood but there are concerns they may not have made the best choice for the location of a high-rise residence. The tree is dead and located along the shoreline, which indicates it has a shallow root system that could topple with high winds.

This internationally famous trio has thousands of armchair binge-watching eagle enthusiasts that enjoy the live-stream action on YouTube. The non-profit Stewards of Upper Mississippi River Refuge, U.S. Fish and Wildlife Service and Army Corps of Engineers sponsor the webcam that can be accessed on the Stewards website.

A spying webcam provides for the spectacular documentation of events at the trio’s nest but also includes the drama on social media that immediately responds.

Past dramatic events included the time when both two-week-old chicks tumbled out of the nest to their death on successive days, the squabble between two siblings that resulted in the middle sibling pushing the younger sibling out of the nest into the flooded backwater below, and the repeated attacks by a pirate pair of bald eagles that killed the female.

The webcam has also provided the story behind the eagle trio: an inexperienced mate that would not incubate eggs nor provide food for its mate was abandoned for a new mate; the dejected mate continued to follow the newly bonded pair for several years, and was finally accepted as a family member. A good scene for America’s Funniest Home Videos would include the mice that were uninvited nest mates that scurried around at night under the vigilant eye of an angry eagle.

Boaters should be aware that flying silver carp are becoming more numerous in our area. These carp become excited when a boat propeller disturbs the water where they are congregating and will fly several feet out of water in unison as they conduct a synchronized aerial ballet. Their population is very large on the Illinois River where they commonly spring into boats and crash into surprised boaters.

Spring is here, so come out and enjoy the Mississippi River.

Ed Britton is a Wildlife Refuge Manager on the Upper Mississippi River National Wildlife and Fish Refuge and a volunteer at Bickelhaupt Arboretum.