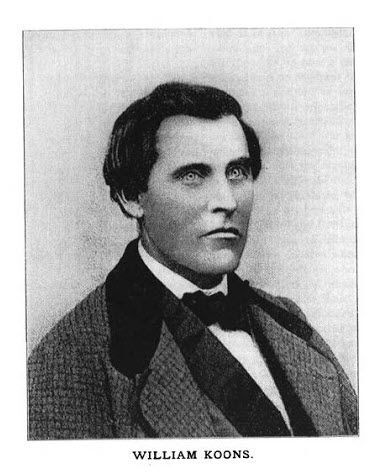 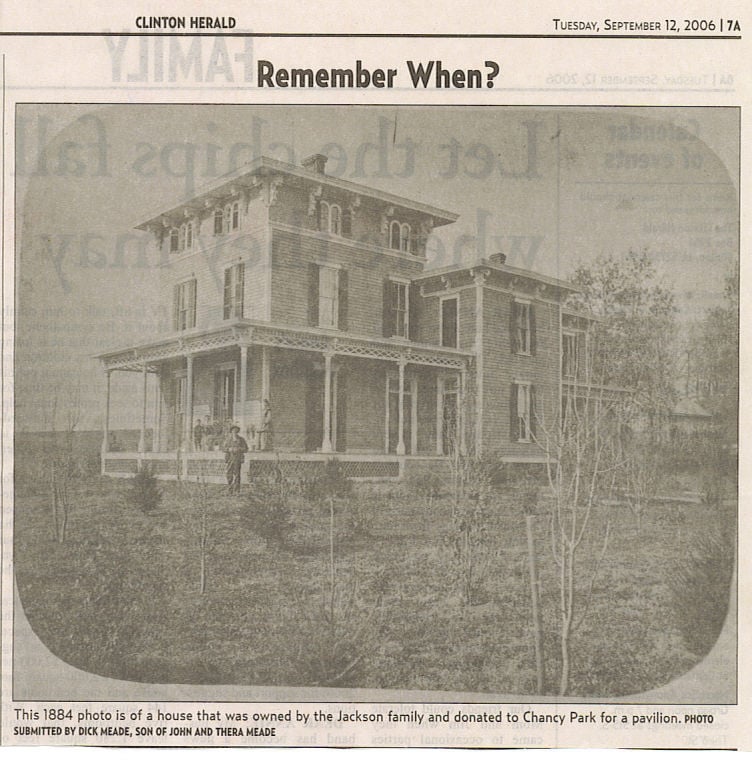 A photo of the Koons mansion at 22nd Place and Camanche Avenue runs in the Clinton Herald in 2006. Two of the Koons’s daughters married Jacksons, so the home was often referred to as the Jackson house, according to local historian Gary Herrity in 2013.

A photo of the Koons mansion at 22nd Place and Camanche Avenue runs in the Clinton Herald in 2006. Two of the Koons’s daughters married Jacksons, so the home was often referred to as the Jackson house, according to local historian Gary Herrity in 2013.

CLINTON — The names of William and Phillipa Koons will be the first to grace a street sign in Liberty Square, part of a new program to honor residents who have made significant contributions to the city.

The street-naming program began with the Monument Committee, City Administrator Matt Brooke said Tuesday. “This all started when we first started working on the Freedom Rock. We talked about the ability to use ... the east-west streets in Liberty Square [to honor Clinton residents].”

Street names will not officially change, Brooke said, but for 10-year periods, names selected by the Neighborhood Improvement Committee will be displayed above the regular street names.

Residents may submit the names of loved ones or historical figures who have had a historical, cultural or economic impact on Clinton, Brooke said. Applications are due between January and June 1.

“We just started this last year,” Brooke said, and the one application the city received produced a significant name.

“This first one is William Koons, and we’re using 22nd Place because ... that’s where he lived when he first came to Clinton,” Brooke said. The sign will have silver wording on a brown background and will include the name of Phillipa Koons, William’s wife.

The city hopes to have more applications next year, Brooke said. “We’d love to be able to do three or four a year,” he said, though the city has only 10 cross streets at Liberty Square to use.

“If we have a good showing, we’ve discussed branching out to other areas,” Brooke said.

Submitting an application cost nothing. “If you’re selected, it’s $400 for care of the sign. ... Just to make sure people are serious,” Brooke said.

“William built many of the first buildings in Clinton to help Clinton grow and prosper.” One such building was the Clinton Hotel on the corner of Seventh Avenue South and Second Street, Loeffelholz said.

Koons was a master carpenter who built his mansion in the Riverside addition to Clinton — later known as Chancy — at 22nd Place and Camanche Avenue from trees grown on his land, Loeffelholz said. The site of the home is now a parking lot at the intersection.

According to a 2013 Clinton Herald article written by Gary Herrity, William Koons came to Clinton in 1856 and helped build the first railroad bridge for the Northwestern to Little Rock Island, where a small village existed for 10 years, until a permanent span could be constructed across the river.

Koons was a master carpenter who had immigrated from Perry City or Germantown, Pennsylvania via Lockport, New York.

At one time, Koons owned the entire section of Clinton along Camanche Avenue to the Country Club. The Koons mansion was used by the United Service Organizations during World War II and served as Chancy Branch Library for many years, Loeffelholz said.

Many denominations conducted church services there, according to Loeffelholz. The mansion was home to Chancy Lutheran Church from 1948 until the new church was built further up the hill.

Phillipa Jane Retallick, an Englishwoman, married Koons in 1853, according to Herrity. They raised five children: a daughter and two sons born to them, and William’s two children from a prior marriage.

William died in 1889, and Phillipa carried on the Koons family business until her death in 1919 at a time when few women desired or were allowed to do so, Herrity said. Phillipa bought and sold property and was in real estate with W. H. Howes for a time. She would later carry on business under her own name.

Phillipa subdivided the Koons land for distribution to her children and grandchildren. The children sold the homestead and surrounding land to the city for $5 with the stipulation that it be used for a park.

“My grandma Adelta Koons Jackson was one of her grandchildren. Many of my relatives from the Koons family lived on Camanche Avenue and many still reside in Clinton,” Loeffelholz wrote.

The Koonses are buried in Springdale Cemetery in the historical center with other well-known families, Loeffelholz said.