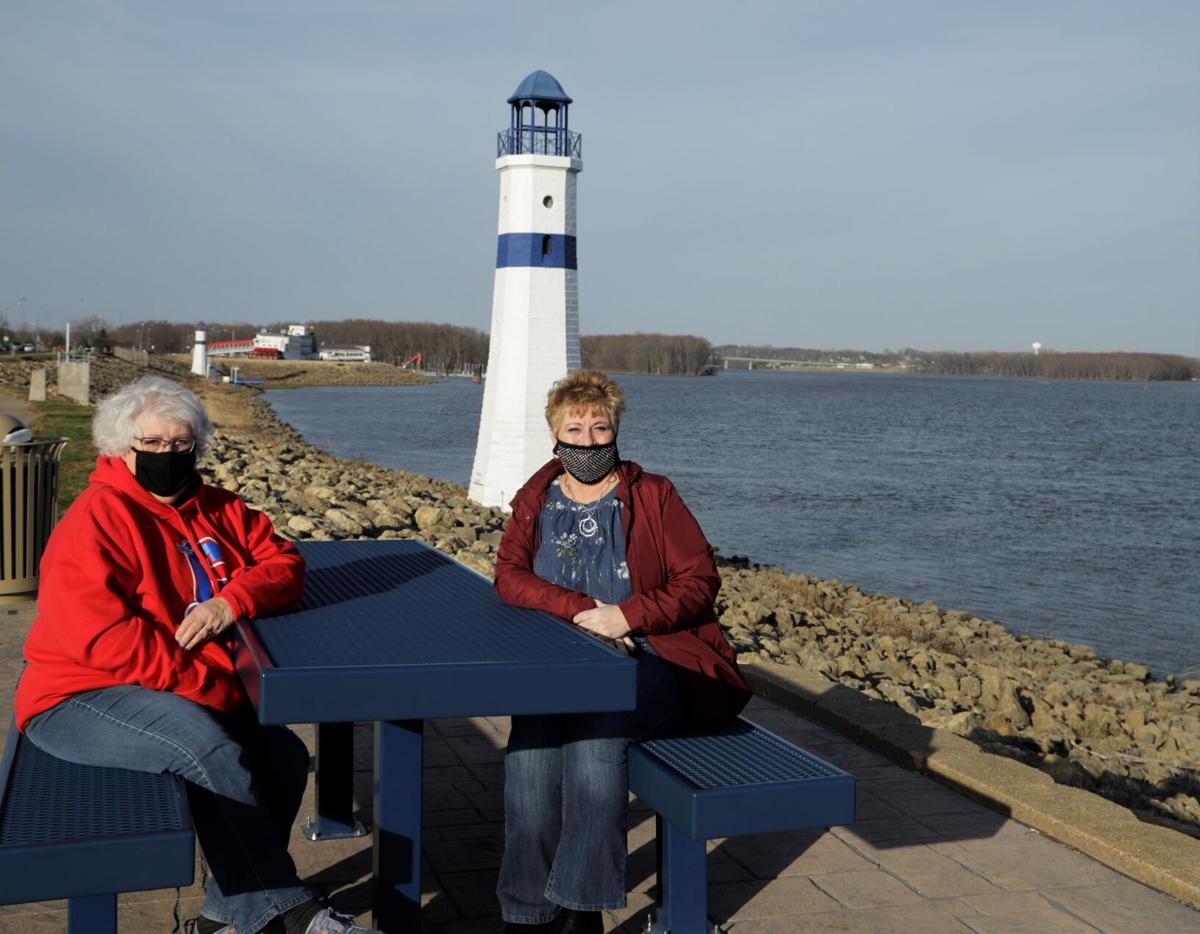 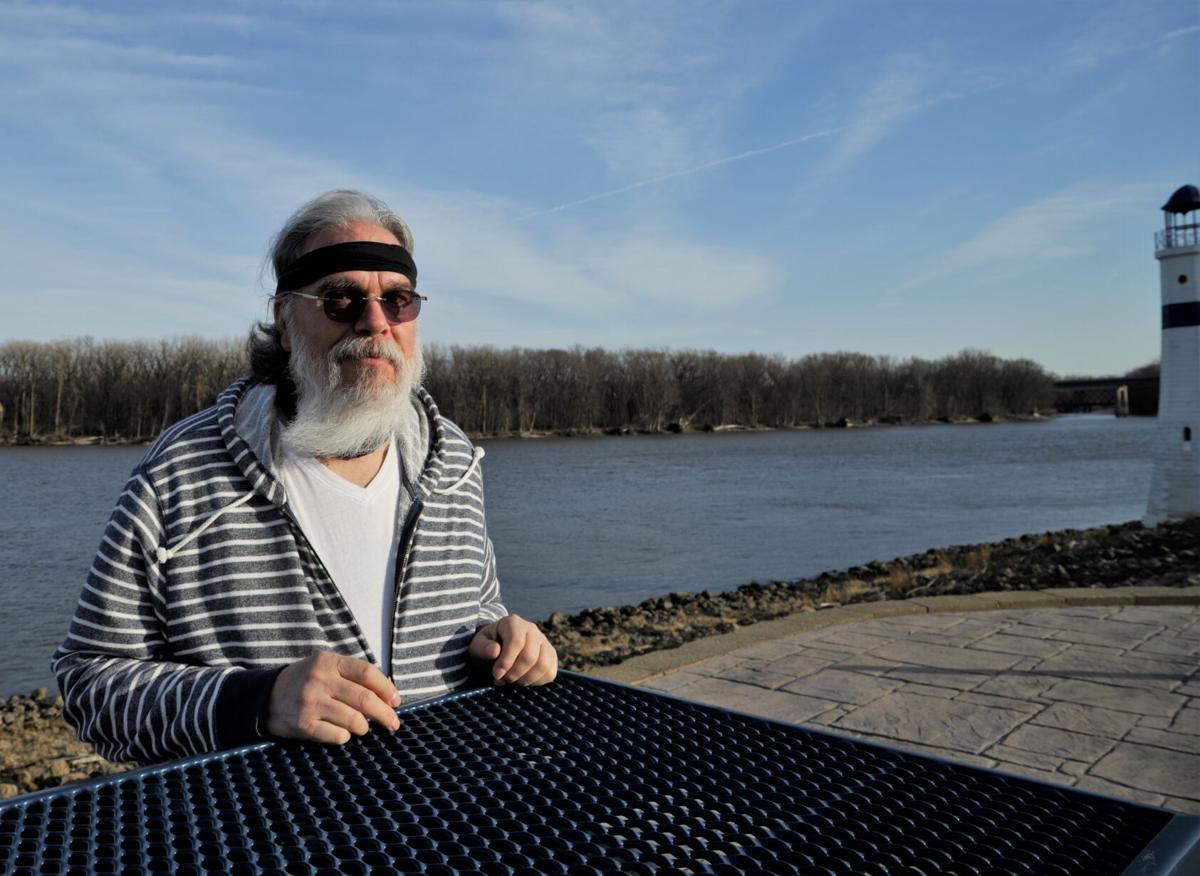 Bill Peart and his wife will have a quiet Thanksgiving this year, Peart said while enjoying a warm, sunny day by the river. He’s pessimistic about chances for large Christmas dinners as well. 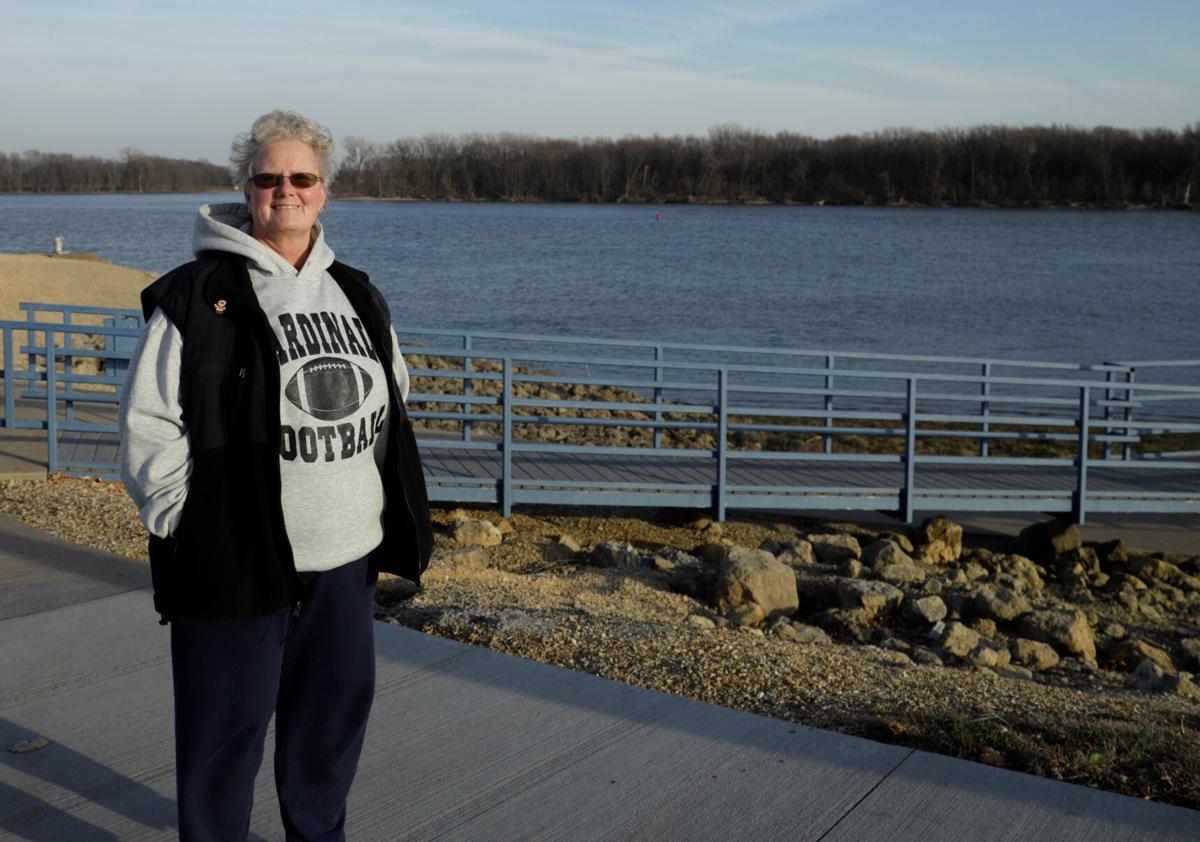 Nancy McHugh walks the riverfront Thursday in Clinton. This week McHugh will host a small Thanksgiving dinner, which won’t include the daughter she hasn’t seen since last November.

Bill Peart and his wife will have a quiet Thanksgiving this year, Peart said while enjoying a warm, sunny day by the river. He’s pessimistic about chances for large Christmas dinners as well.

Nancy McHugh walks the riverfront Thursday in Clinton. This week McHugh will host a small Thanksgiving dinner, which won’t include the daughter she hasn’t seen since last November.

During a warm November day by the Mississippi River, people discussed their plans for a very different Thanksgiving in 2020.

“We usually go to my brother’s in Northeast Iowa, and there’s probably 35 or 40 people,” Rose Duax of Clinton said Thursday.

This year she’s staying home, sharing Thanksgiving dinner only with her husband and the 16-year-old granddaughter who lives with them.

“Throughout the day we’ll be calling our five kids and brothers and sisters,” Duax said. Her husband has 10 siblings, and Duax has three, so they’ll spend the day on the phone, she joked.

“We’ll be in touch with everybody.”

Duax will fix the traditional Thanksgiving meal but for fewer people. “We’re doing it all. It’s going to be Thanksgiving, just smaller.”

Jodie Krogmann of Clinton is downsizing as health officials have requested. “I usually have a meal at my house with about 34 people there,” she said.

“This year there’s two of us. It’s sad.” She and her husband will sit down to dinner alone.

“We are going to cook a full meal,” Krogmann said. “And my daughter is working, so we’re going to deliver [to her].”

Bill Peart of Clinton leaves planning of the Thanksgiving dinner to his wife. The last plan he heard was that the couple will deliver meals to their daughters’ homes.

“We’re not going to actually gather as one big family as we normally would,” Peart said, but their daughters will have Mom’s home-cooked Thanksgiving dinner.

“My son lives in Grinnell, Iowa,” Peart said, “so he’s going to have to fend for himself.”

“Usually we get together at our house,” said Peart. About two dozen people – extended family and friends – share the Thanksgiving meal in a normal year.

“We’re just going to try to simplify it this year,” Peart said. He hopes the family will be together for Christmas, though he thinks COVID will be around for awhile and will change the December celebration as well.

“But I’m willing to be surprised,” Peart said.

Nancy McHugh hasn’t seen her daughter since last Thanksgiving. Her daughter lives in St. Louis and visits the McHughs for Thanksgiving each year. “That’s her Christmas,” said McHugh.

But this year, McHugh won’t see her daughter Thanksgiving day. “She’s just going to be home by herself.”

The McHughs lived in Emmetsburg for 40 years but moved to Clinton three years ago. McHugh and her husband and son James, who lives in Clinton, will share dinner from Rastrelli’s Restaurant and Homer’s Sweetheart Bakery.

Another son lives in Chicago and will have Thanksgiving dinner with his own family.

According to the Centers for Disease Control and Prevention, traveling increases the risk of exposure to COVID-19. Airports, bus stations, train stations, public transport, gas stations and rest stops are all places travelers can be exposed to the virus in the air and on surfaces, CDC says.

Gatherings with more people pose more risk than gatherings with fewer people. The size of a holiday gathering should be based on the ability of attendees from different households to stay six feet apart, wear masks, wash their hands and follow state and local health and safety rules.

Use of alcohol or drugs may alter judgment and make it more difficult to practice COVID-19 safety measures, according to the CDC.