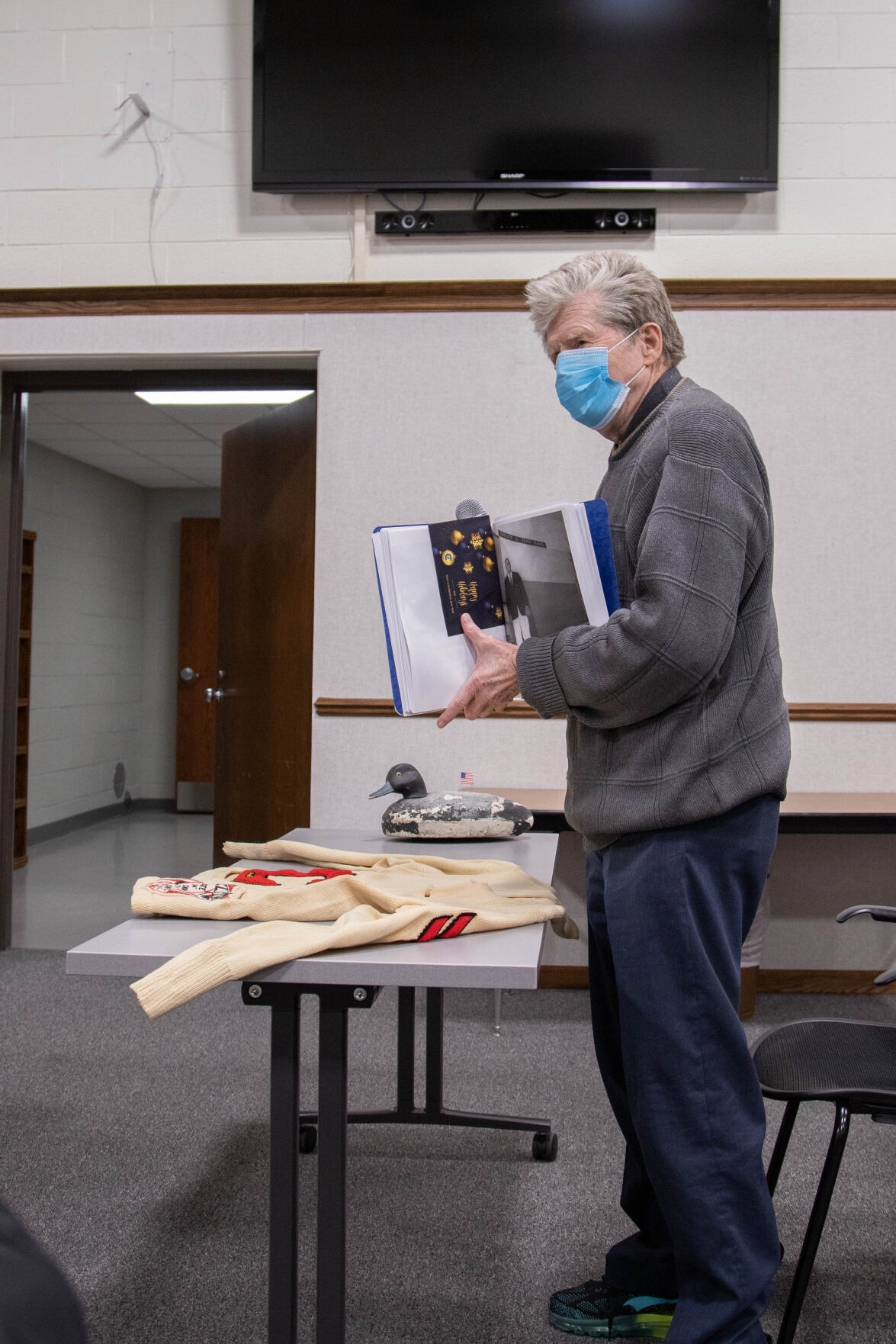 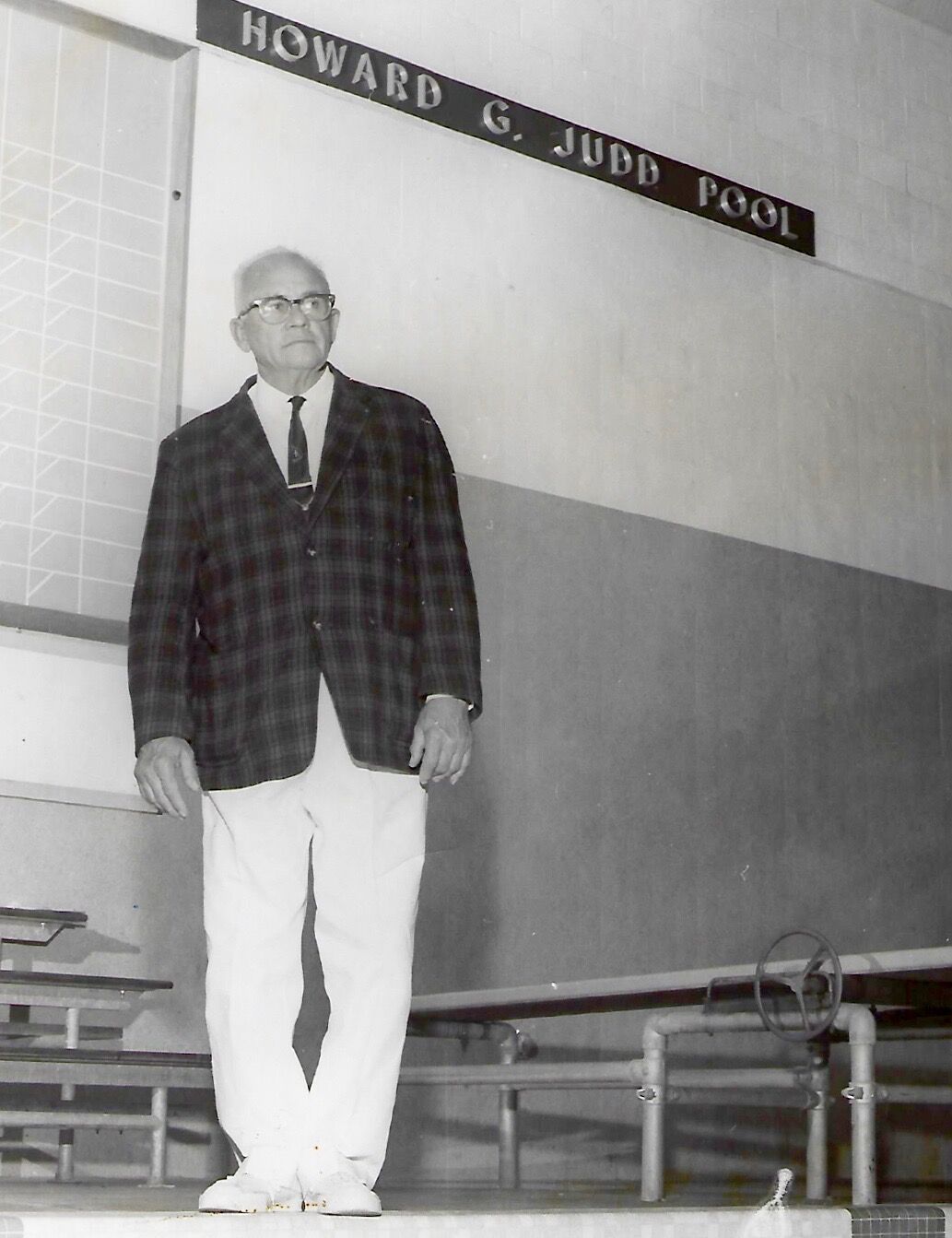 CLINTON — Swim teams at Clinton High School haven’t competed at Howard Judd Pool since 2011. The school district built a new pool in a $14 million addition, which opened in 2012.

The new pool has been nameless for eight years, and former CHS swimmer Mike Kearney would like to see the pool named for Judd, his high school coach.

Judd was “one of the most ... impactful people ever associated with Clinton High School,” Kearney told the Clinton School Board on Monday.

“Professionally, first of all, his teams were state champions 11 times, and when they weren’t the champion, usually they were the second or third in the state,” Kearney said.

“He coached for 30 years, and he was always a contender,” Kearney said.

Judd was born in Clinton Feb. 4, 1901 to Thomas B. and Bertha Jacobsen Judd. According to Kearney, Judd’s mother died when he was 7, and the boy was farmed out to family. By the age of 13, Judd was self-sufficient.

Judd completed an apprenticeship as a blacksmith-welder with the Chicago North-Western Railroad, according to a 2011 Clinton Herald article by Sports Writer George Kampling.

Judd took a position as physical education instructor at Clinton Junior High School. In 1931 he completed his high school education and began his career as Clinton High swim coach, according to Kampling.

Judd had his first All-American swimmer in 1934.

Between 1938 and 1968, Judd’s teams won 26 of 31 state championships. They often competed against New Trier High School, Proviso East and others from the Chicago suburbs, until those schools balked at CHS’ tiny pool and insisted upon at least a longer pool-length.

In 1941 the CHS River Kings won the first of 11 Iowa state swimming championships, five of them consecutively between 1954 and 1958. In 1945, Judd’s swimmers were named the No. 1 high school team in the country, Kampling wrote.

Because of his harsh childhood, Judd looked out for “at-risk” boys, Kearney said Monday. “Howard went to bat for his guys,” said Kearney.

Judd wrote letters recommending his swimmers to college coaches. “I don’t know of anybody at CHS that got as many of his students college scholarships,” Kearney said.

Kearney told the board of Hugh and Delbert Norman of the class of 1941. Both were All-American swimmers under Judd.

The boys were desperately poor, Kearney said. They lived by the railroad tracks and played there.

Hugh Norman told the Des Moines Tribune in April of 1978, “I guess I just tried to jump on the wrong train. My dad worked for the railroad in Clinton and I followed him down one day when I was four. I tried to hop a train to Chicago and didn’t make it.”

The train took off one of his legs.

But Judd recruited both boys to swim for him. “Juddie took hold of me when I was 9 and asked me to come into the pool,” Hugh Norman told the Tribune. “I think it was more or less was out of good faith. He didn’t want to see me sitting around with nothing to do.”

Hugh Norman started swimming competitively in seventh grade. He was captain of the 1944 team at the University of Iowa where he earned three letters as a scholarship athlete. With only one leg, he earned 11 state titles, eight state records and three national records and is a member of the Iowa High School Swimming Coaches’ Association Hall of Fame.

Kearney talked about Gary Morris, who set several national records under Judd, and Joel Jones, one of 15 children in a poor family, and the only one of seven boys who didn’t go to prison. Under Judd’s influence, Jones went to the University of Iowa where he was swim captain, joined the military and retired a full colonel, Kearney said.

Morris won the 50-yard championship in the 1958 NCAA meet to become Judd’s first national collegiate champion and placed sixth in the 1956 Olympic tryouts, according to Judd’s 1978 obituary. Morris was one of the pallbearers at Judd’s funeral.

“Every year there were kids that could say, ‘Howard did that for me,’” Kearney said. Kearney and his brothers, Ed and Bud, were all members of state championship swim teams under Judd during the 1950s and 1960s.

“The old pool was named after Howard Judd,” Gary DeLacy, Clinton School District Superintendent, said Thursday. “For whatever reason, that name did not transfer to the new pool.”

Given the history of Clinton swimming, especially during the 1950s, naming the pool after Judd is logical, said DeLacy. Board policy requires that the board create a committee to discuss the issue and make a recommendation to the full board.