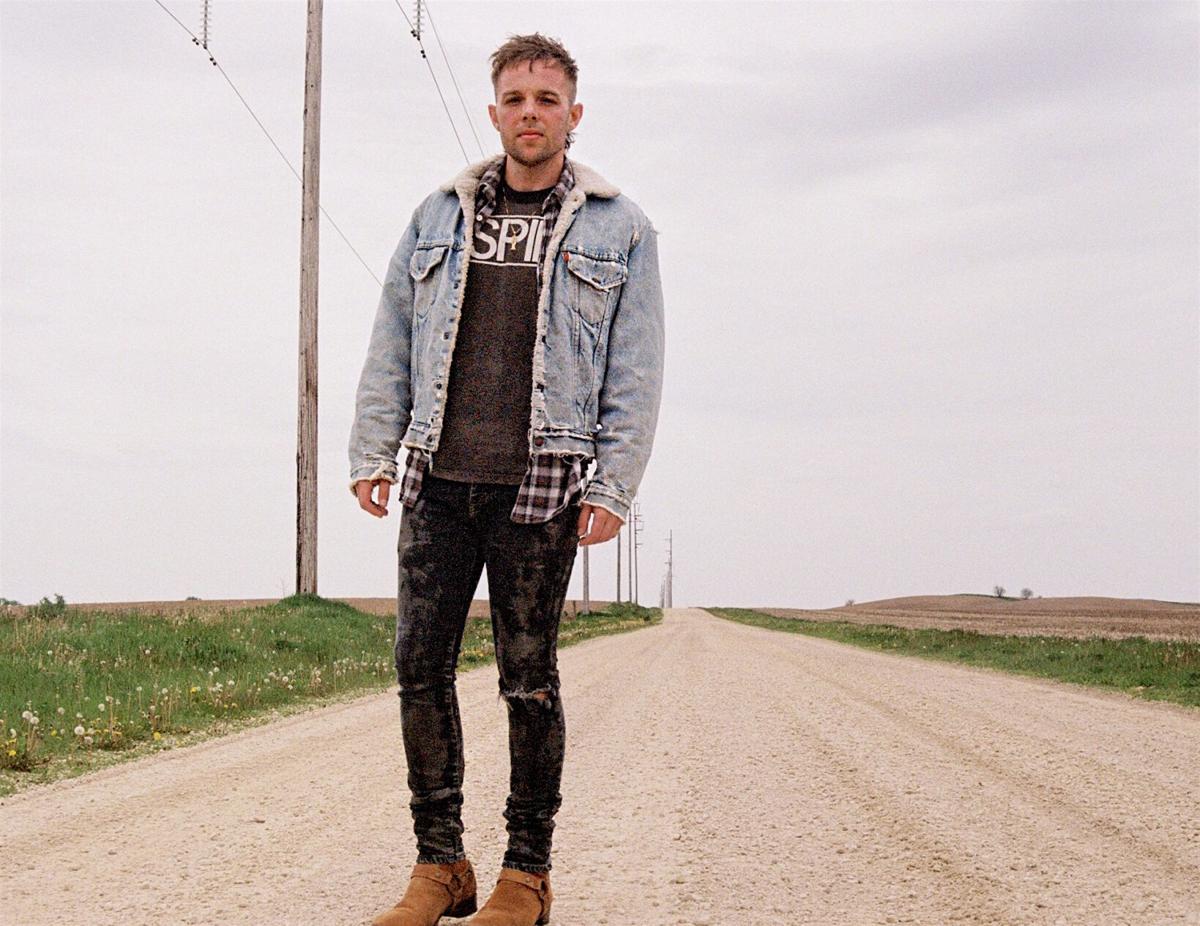 Albany, Illinois native Blake Banks is making a name for himself in the Los Angeles music world. The son of a Johnny Cash tribute artist, Banks takes his country roots into the world of hip-hop. 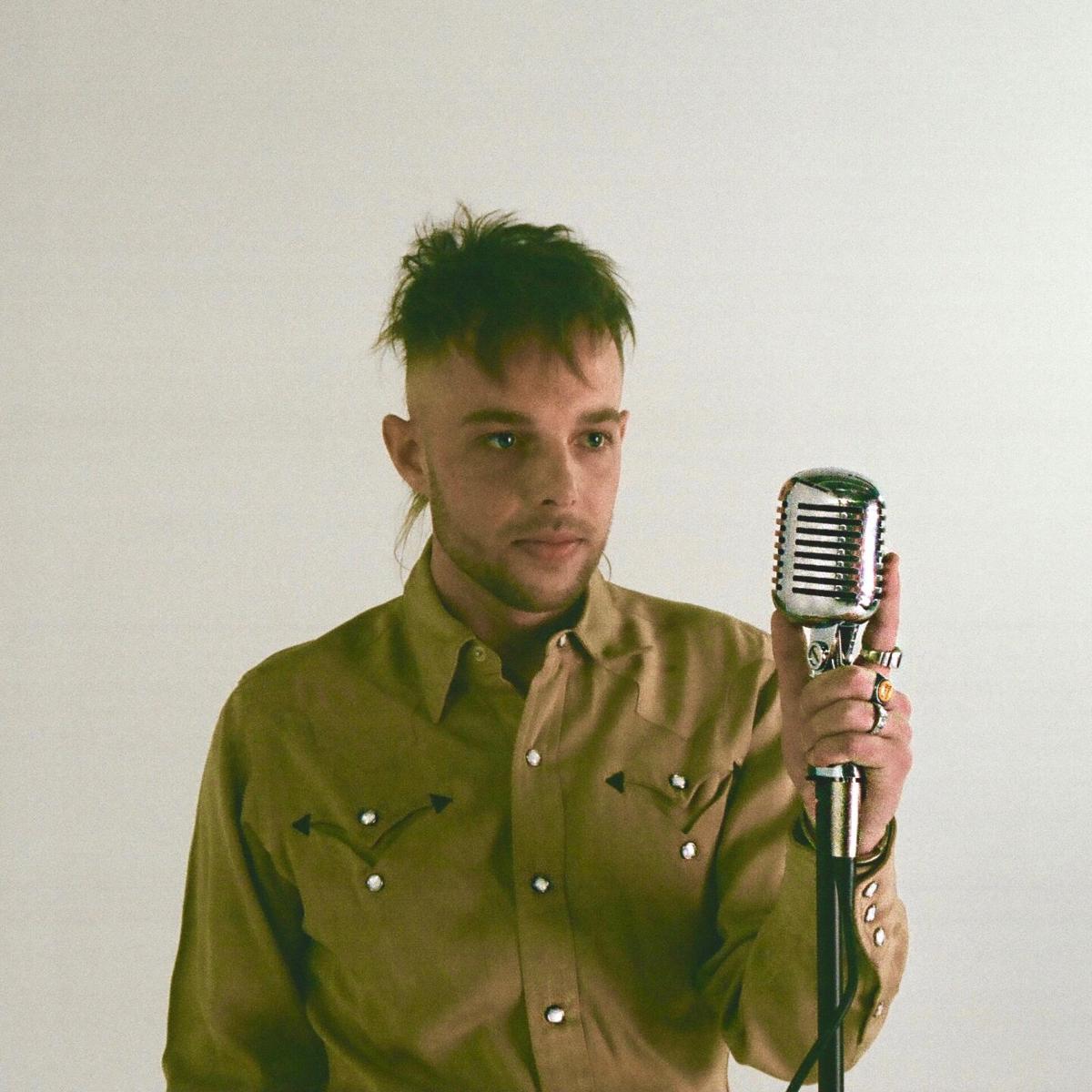 Blake Banks poses with a microphone in a still photo from his music video “All Night Long.” A graduate of Fulton High School, Banks moved to Los Angeles several years ago to further his music career.

Albany, Illinois native Blake Banks is making a name for himself in the Los Angeles music world. The son of a Johnny Cash tribute artist, Banks takes his country roots into the world of hip-hop.

Blake Banks poses with a microphone in a still photo from his music video “All Night Long.” A graduate of Fulton High School, Banks moved to Los Angeles several years ago to further his music career.

CLINTON — Born in Davenport and raised in Albany, Illinois, Blake Banks is now dropping new songs and videos every month from his home in Los Angeles.

Even before he graduated from Fulton High School in 2008, Banks was creating music, he said from his Los Angeles home last week. He worked part time at Hy-Vee and at Co-op Records at 240 Sixth Ave. South in Clinton, he said, but he also made and sold his own CDs.

“I was kind of doing more like hip-hop stuff,” Banks said. “Nothing like the real dirty [stuff]. Just kind of Midwest hip-hop.”

His lyrics have become more adult, and somewhat dark, as is evidenced by “Dance on my Grave,” “Burn this City Down” and ”BLU” which mentions the references to drug use and sex in his music.

Banks’s most recent release is ”100 Degrees.”

“The Illinois native has been making noise in Los Angeles, using it as his home base for the last 5 years,” Respect magazine said in February 2020. “There’s been much talk about the upcoming album Risky Business, as Blake Banks has been dropping singles non stop.”

In April 2020, Lyrical Lemonade, a multimedia company run by videographer and music video director Cole Bennett, called “Dance on my Grave” “a beautifully mixed and compiled piece, with harmony from Banks that few can pull off.”

Banks’ music has generated millions of streams across multiple genres, Lemonade said. Banks has worked with the likes of Post Malone and G-Eazy.

“He dips from pop to hip-hop, and sometimes blends the two, to make beautifully constructed work that plenty of listeners have come to know and love. He is currently working on releasing his 6th album, which surely will do numbers as indicators show,” Lemonade said.

Banks has gotten millions of plays on music with Post Malone, “probably one of the biggest names of my generation,” he said. He’s been uploading music videos every month for a year, building his fan base.

His YouTube channel has more than 850 subscribers, and his most recent music video has nearly 125,000 views in two weeks.

“I just want to let kids know that you can do it too,” Banks said. “I was just a kid from Iowa.”

“I’ve always been around music,” said Banks. His father is Doug Allen Nash, the biggest Johnny Cash tribute artist in the U.S., his son said. The performer, writer and publisher, who lives in the Dallas area, has performed in more than 85 countries while touring for USO, MWR and Armed Forces Entertainment, according to Nash’s website.

Nash has opened for Wayne Newton, Charlie Daniels, Huey Lewis and the News, The Oak Ridge Boys, Montgomery Gentry and The Beach Boys.

Banks has videos of himself at the age of 5 onstage with his dad, he said. “I used to think I was Mark Miller (of country band Sawyer Brown),” Banks said.

“As a young kid, all I had was a computer,” Banks said. “By [age] 12, I was already recording my own music.” He contacted promoters and booking agents, marketing himself without taking one marketing course.

At 16 – “as soon as I got a drivers license” – he performed in Iowa City and Chicago. Banks remembers driving to Cedar Rapids for a late show on a Thursday night and making it back for school Friday morning in Fulton.

“My dad never wanted me to do music,” said Banks. Nash wanted his son to go to college.

Banks studied marketing in DeKalb, Illinois after high school, he said, but even then he was touring with artists such as G-Eazy. “I was kind of touring more than college,” Banks said. He had to decide whether to continue college or follow his dream.

About seven years ago, Banks got his first record deal and moved to LA, he said. Right now he’s independent. “And independent is the way to be.”

Banks’s parents divorced when he was young, and he lived with his father, and spent a lot of time with his grandparents, Judy and Wes Naftzger of Albany.

“My family’s been in Albany since the 1700s,” Banks said. He returns to the area periodically. “I like it back there,” he said.

Banks is still producing his own records and brings his country roots to his music, he said. “It’s really Midwest. I’m kind of bringing back the all-American boy. The guy from the Midwest that you can relate to.”

Banks has no problem finding subjects to write about, he said. Before the pandemic, he traveled a lot. “That’s how I get a lot of my inspiration. There’s no such thing as writer’s block if you can just travel.”

Banks will release his next single and accompanying video April 7 on his YouTube channel.