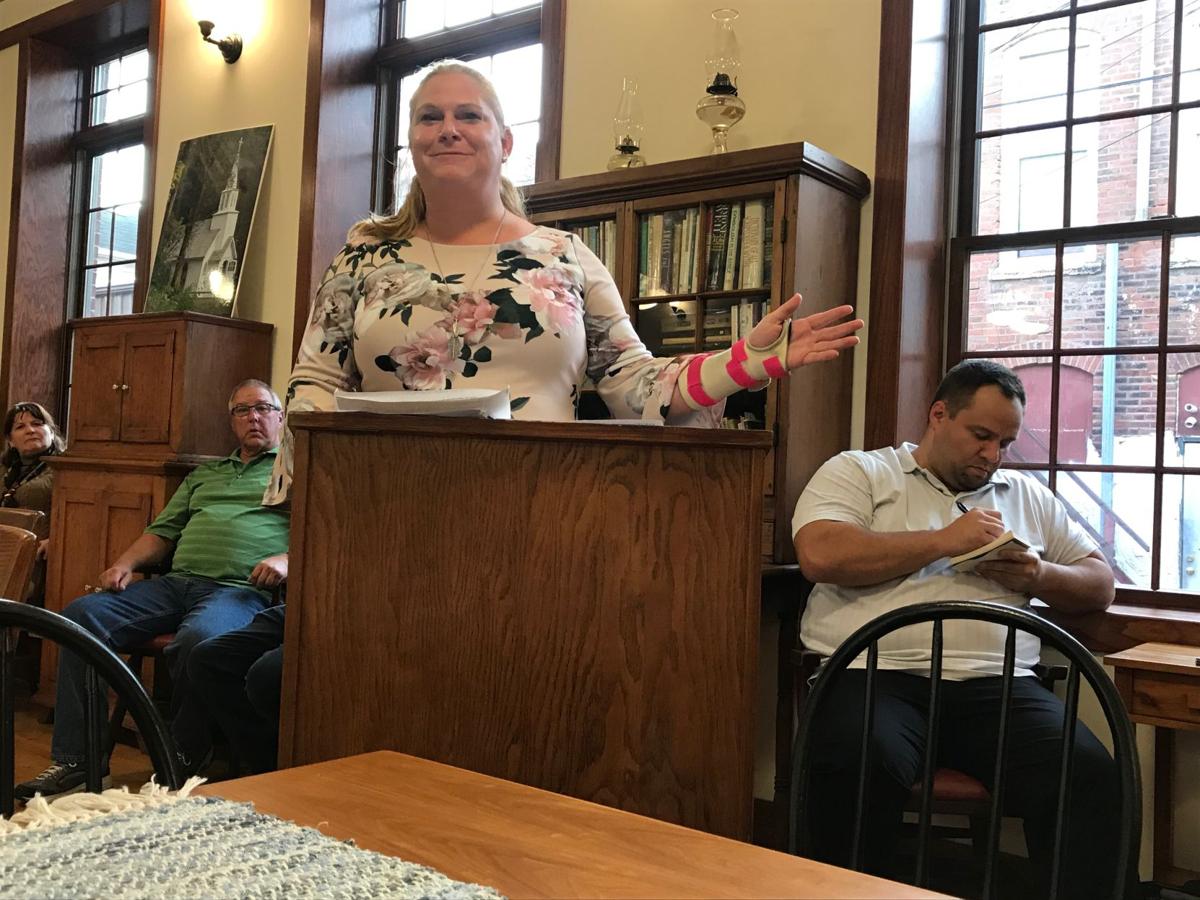 Kristin Huisenga speaks against legalizing the sale of recreational marijuana during a public hearing in Fulton Monday. 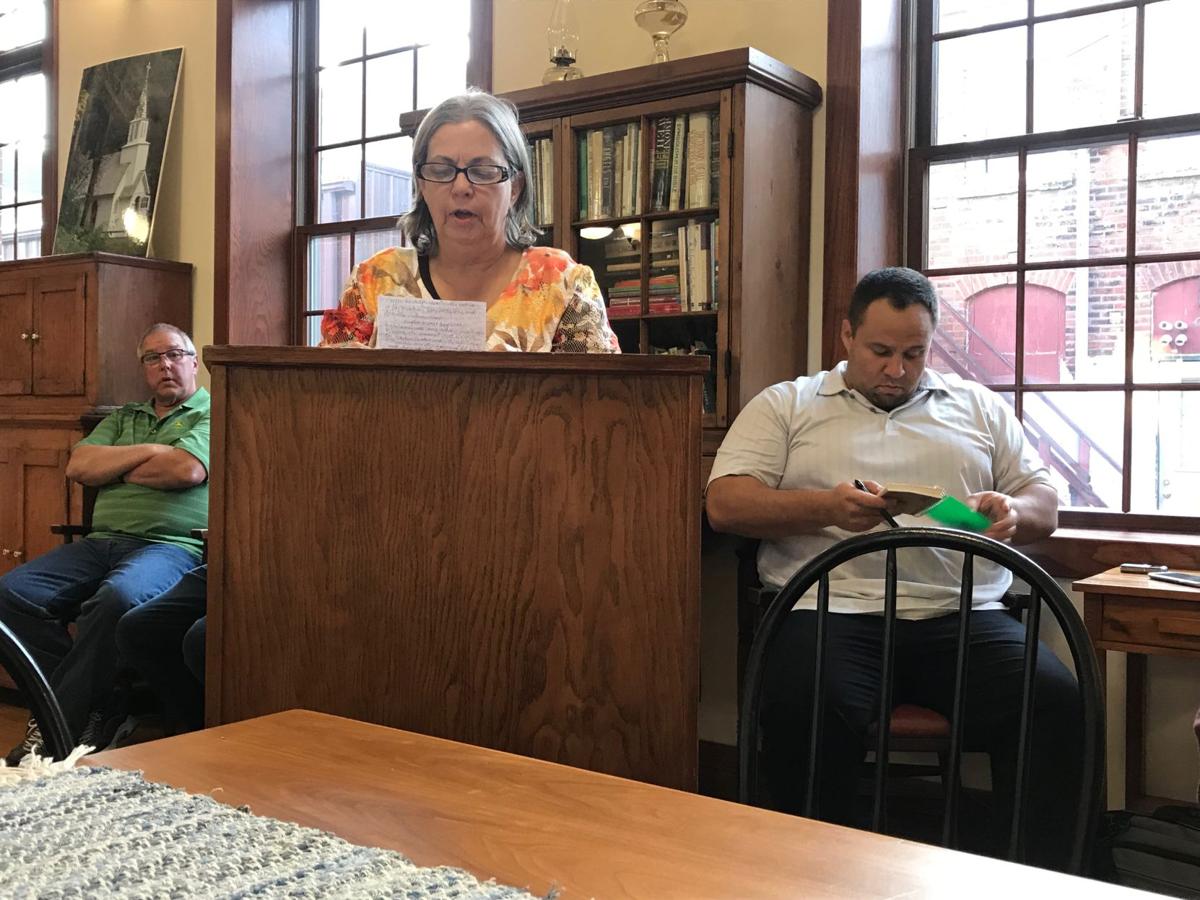 Jane Johnson speaks Monday during the public hearing on the potential sale of recreational marijuana in Fulton.

Kristin Huisenga speaks against legalizing the sale of recreational marijuana during a public hearing in Fulton Monday.

Jane Johnson speaks Monday during the public hearing on the potential sale of recreational marijuana in Fulton.

Fulton Mayor Mike Ottens said the council can authorize an ordinance allowing recreational sale of marijuana. The city would receive a 4% sales tax on the sales – a 3% cannabis tax and the normal 1% sales tax.

Otten said the city could receive $150,000, based on projections from the owner of The Dispensary which sells medicinal cannabis is Fulton.

If the city decides against recreational marijuana sales within the city limits, cannabis could still be sold within Whiteside County unless county officials enact a prohibition against it.

Scott Stephan recommended the council not allow recreational sale of marijuana in Fulton. “I think this is a case where we want to say, ‘not in our backyard,’” Stephan said.

“Regardless of whether the next community over allows it and they get the revenue, I think it’s that very first bicycle accident. When that happens, if we all know that we voted no, we can have clear conscience. And if we didn’t vote no, that’s tough,” Stephan said.

“So yes, Illinois’s done this and we can’t do anything about that. But for Fulton we can make a decision, so I encourage you not to do this,” Stephan said.

River Bend School District Superintendent Darryl Hogue said his main concern with the sale of recreational marijuana in Fulton is increased access for young people and adults that may lead to increased issues at school.

“I already know the communities sort of surrounding us, in terms of Savanna, have approved this ordinance,” Hogue said. “I know that some counties and cities have disapproved the sales tax portion of it. Their portions aren’t known yet on whether or not they’re going to allow sales of marijuana,” he said.

“But even a barrier between us and Savanna of 25 to 30 miles is a barrier. And that’s limiting access,” Hogue said. “And, hopefully, Whiteside County will limit access as well and again make this more difficult to get than easy to get.”

“Adult use marijuana for sale in Fulton and Whiteside County is a bad idea,” Folk said. “Allowing easier access to these psychoactive compounds in our community is a bad idea. Normalizing getting high on THC is a bad idea.”

Kristin Huisenga, who was four children in the River Bend School District, said that recreational marijuana is much stronger than it used to be. She said a gummy bear can have 10 servings of marijuana per gummy bear.

“By not allowing a dispensary, it is like putting up a dike,” Huisenga said. “We know that there will be marijuana in our town regardless of what we do, but we are not going to let it flood our town.

“The evidence is very strong that when we relax marijuana laws, teenage use goes up,” Huisenga said. “While a strong parent-child bond is the best defense against risky behavior, it is no match for a society that accepts and promotes drug use.”

The council will decide whether to allow recreational sale of marijuana in Fulton at a future city council meeting.