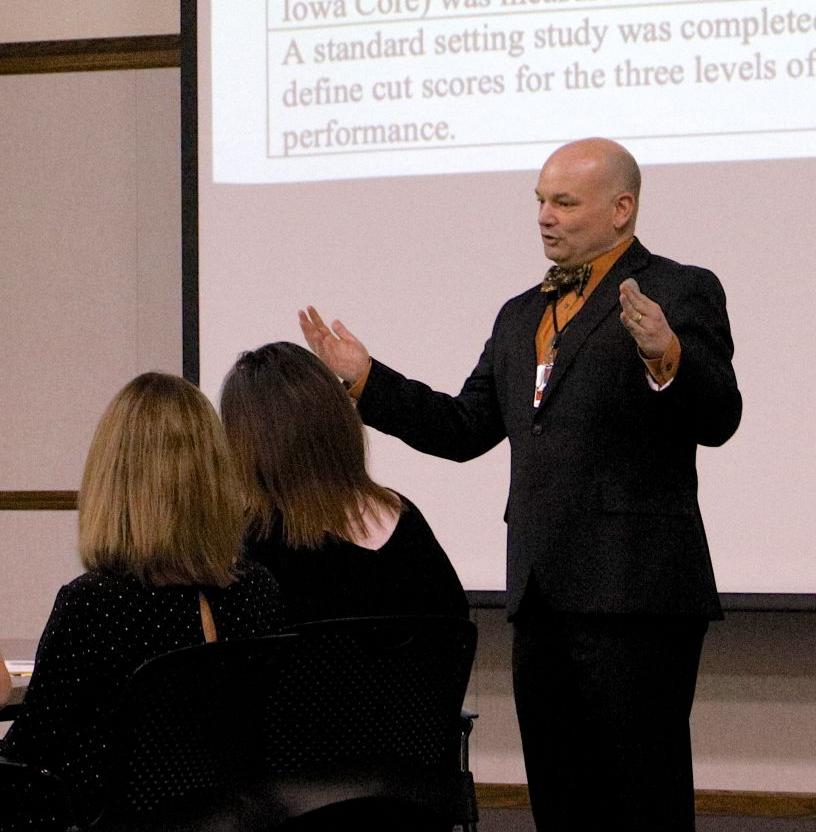 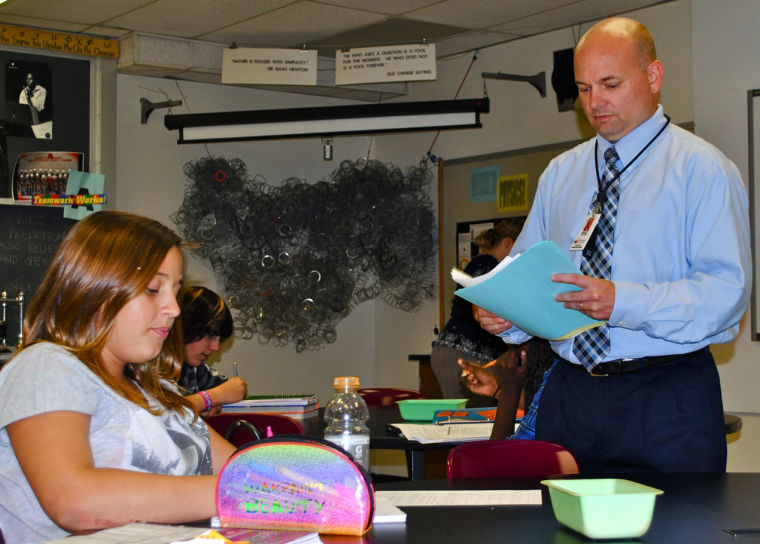 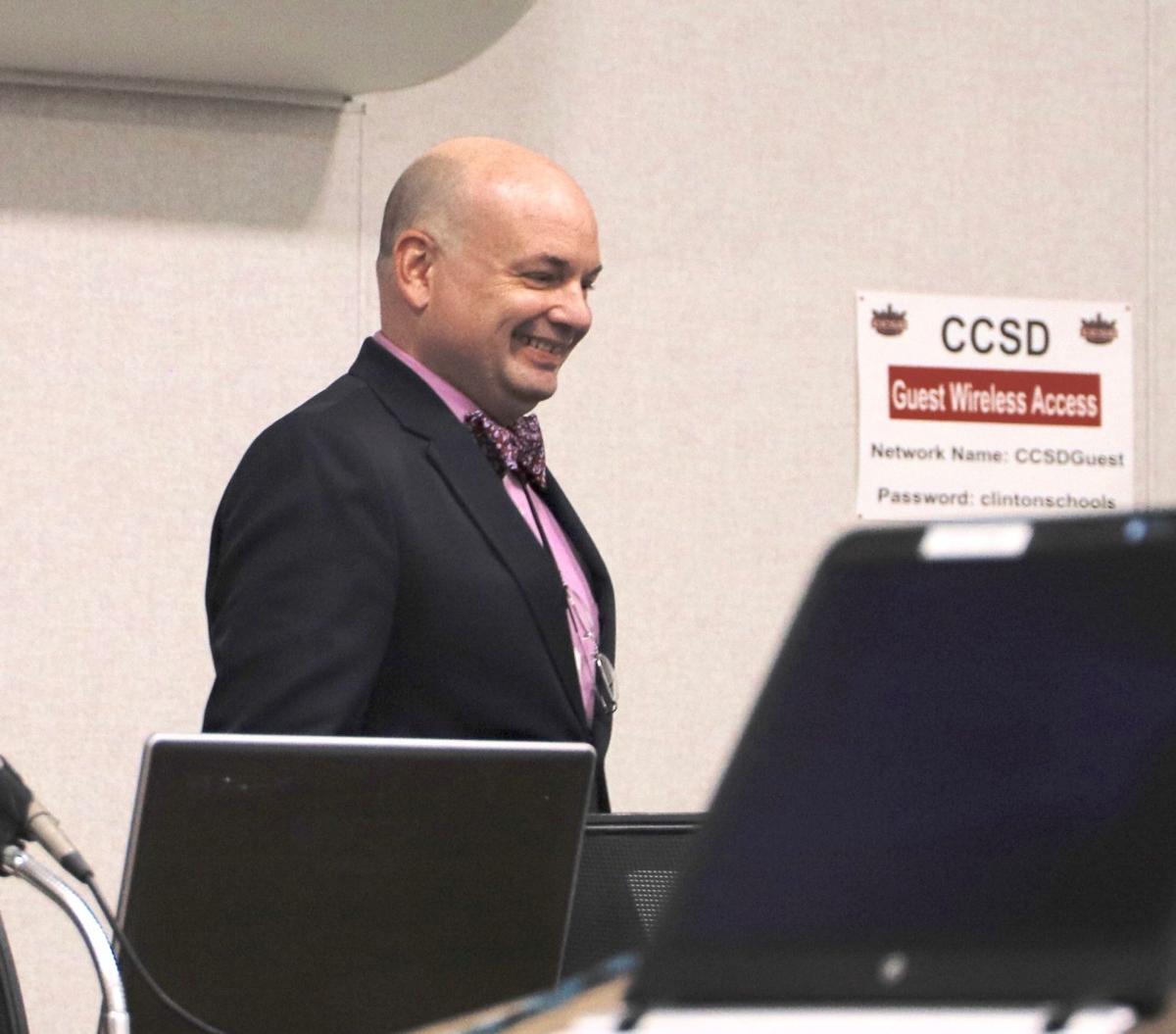 CLINTON — Wes Golden loved his Clinton High School experience so much that he returned to the district after college and spent 20 years teaching in its science department.

The educator is one of eight CHS graduates who will be inducted into the Alumni Hall of Honor in April.

Golden sees himself as a Clinton kid who did some good things and stayed in Clinton. He’s an average person doing what average people do.

Golden earned a bachelor’s degree in physics from the University of Northern Iowa, a master’s degree in geosciences from Mississippi State University and a doctorate of education in teacher leadership from North Central University in Minnesota.

During his senior year of college, Golden married his high school sweetheart, Kristina. He took a teaching position at Assumption High School in Davenport in 1995 and returned to Clinton in 1997, where he taught Earth science and physics for two decades.

As a Company Commander in 2003, Golden served in Baghdad, Iraq and was deployed for more than 15 months in support of Operation Iraqi Freedom. He received the Bronze Star Medal, and his unit was given the Joint Meritorious Unit Award.

In 2010, Golden was promoted to Lieutenant Colonel and was selected as a Battalion Commander. His battalion deployed for a year to Mazar, Sharif, Afghanistan in support of Operation Enduring Freedom in 2012.

In 2016, Golden was promoted to Colonel and was assigned as a Brigade Commander. He is a graduate of the U.S. Army War College and earned a master’s degree in Strategic Studies in 2017.

As a high school senior, Golden was one of many boys sporting mullets — business in the front, party in the back — in the 1990 Clintonian yearbook titled “Exceeding the Limits.”

“I had a lot of great teachers,” said Golden. Drafting instructor Marv Graeger and band directors Dave Gaulrapp and Mike Schmitz were among the educators “who made a huge difference in my life.”

Golden played trombone in marching band, symphonic band and jazz band. He ran for the track and cross country teams under the direction of Coach Greg Dennis.

“Cross country was very competitive,” said Golden. Expectations were high. Golden’s musical and athletic endeavors taught him to be a team member, he said.

Golden’s love of science was invigorated by physics teacher Wayne Guntzel. “He was an amazing teacher,” said Golden. Most students find physics daunting, but Guntzel helped students find a love for it.

“Wayne is my best friend in the world to this date,” said Golden. For a while Golden played in the CHS teachers band, Staff Infection, which Guntzel founded. Golden told himself that if he could be half the teacher Guntzel was, he would be successful.

“I’m a passionate educator. I’m passionate about Clinton. What people in this [school] district do on a daily basis is hero-like,” Golden said.

In 2017, Golden left his teaching position to become Clinton School District’s director of learning and collaboration. The hardest thing about the move was not seeing the students every day. “I miss kids,” Golden said. “They keep you young.”

The Clinton High School Alumni Hall of Honor was established to recognize people who attended CHS and have distinguished themselves in their careers, communities and personal lives. Golden said he’s humbled to be selected for the honor.

“A lot of people deserve recognition,” Golden said. “I’m humbled that people think that of me.

“If I’ve been successful, it’s been because of a lot of other people,” said Golden. “I didn’t get there alone.” Others have had faith in him. Others have challenged him. “I don’t feel like I should be honored for that.”

Though Golden’s name is in the Hall of Honor, the names of hundreds of others should be there with his, including those of his wife, his children, his teachers and his colleagues in the military.

Golden is glad he returned to his hometown after college. “I have been all over the world,” he said. “Once you’ve been to some really amazing places ... [you realize] that Clinton’s not so bad.