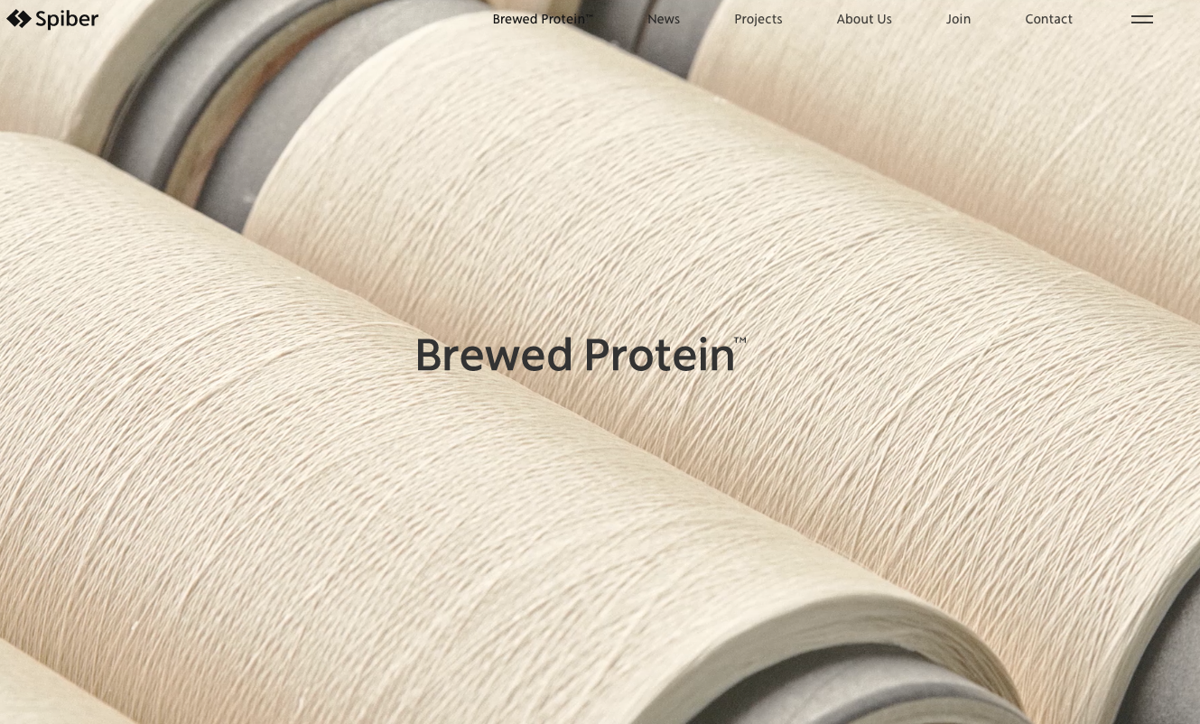 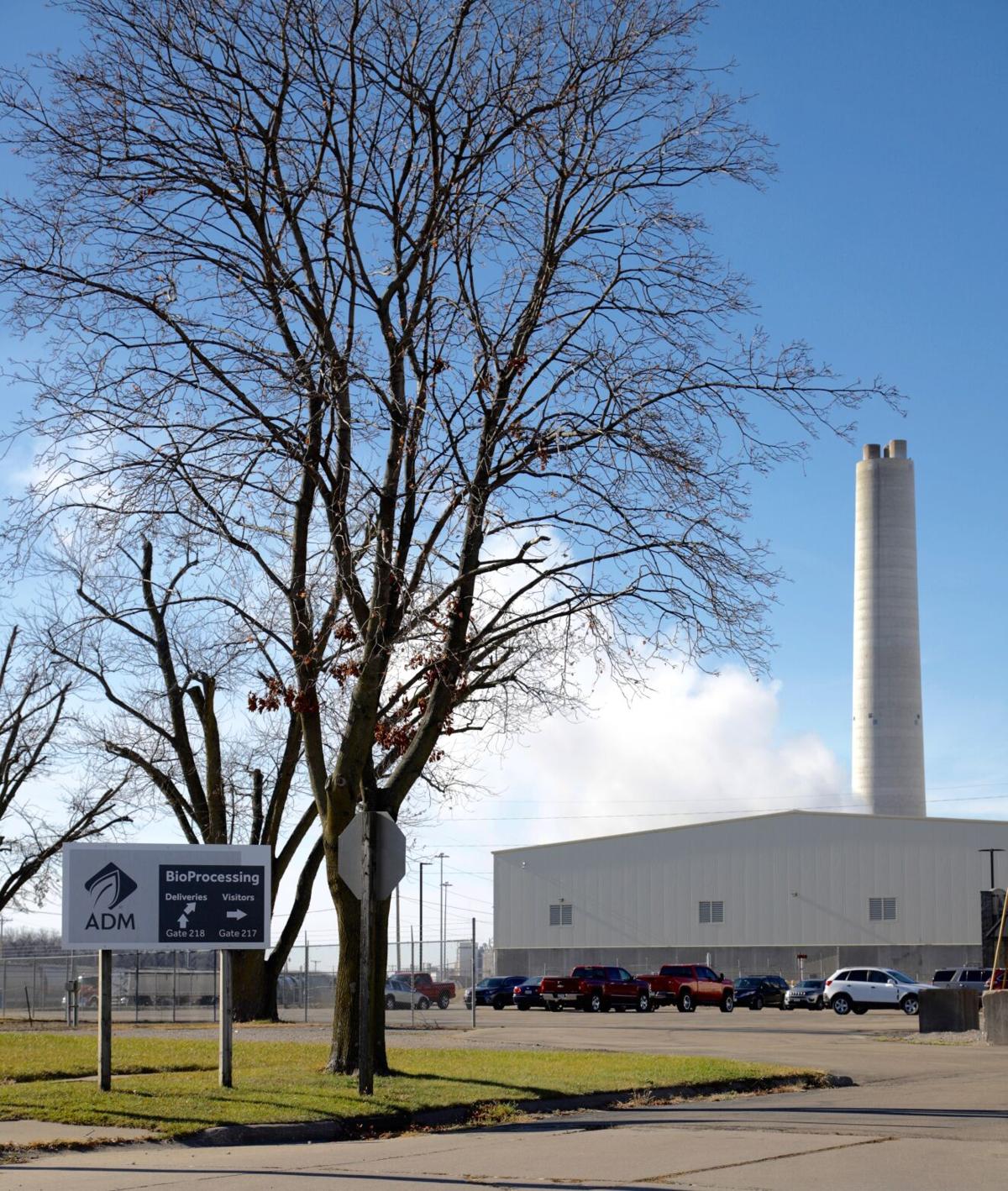 Archer Daniels Midland’s bioprocessing plant will house a Japanese bio-tech operation. Spiber, whose name is a blend of the words spider and fiber, will set up shop at ADM’s bioprocessing facility and use its dextrose to create a plant-based protein polymer it calls Brewed Protein. Winona Whitaker/Clinton Herald

Archer Daniels Midland’s bioprocessing plant will house a Japanese bio-tech operation. Spiber, whose name is a blend of the words spider and fiber, will set up shop at ADM’s bioprocessing facility and use its dextrose to create a plant-based protein polymer it calls Brewed Protein. Winona Whitaker/Clinton Herald

CLINTON — A Japanese bio-tech company’s move to Clinton could bring international attention — and more international companies — to the river city.

The City of Clinton agreed last month to provide a $200,000 forgivable loan to Spiber for its $101.4 million bioscience project. The city will use money from the sale of city-owned parcels of land to fund “this awesome R&D endeavor,” City Administrator Matt Brooke said Thursday.

Spiber, whose name combines the words spider and fiber, will set up shop at ADM’s bioprocessing facility and use its dextrose to create a plant-based protein polymer through fermentation.

Though Cole confessed that she’s ill-equipped to explain bioengineering, she said that Brewed Protein can be spun into fiber and used in clothing and other products. It’s spider silk without the spiders.

Spiber’s Brewed Protein material, made waterproof through laminating, were used in the outer layer of The North Face’s Moon Parka in 2019.

IEDA identified Spiber early as a company in the biotechnology sector that it wanted to work with, said Mark Lorenzo, business development manager for IEDA.

“They found ADM on their own,” said Lorenzo. “We provided them information on the State of Iowa.” Working with ADM was part of Spiber’s criteria for moving to the state.

Because of the raw material available in Iowa for plant-based products, it’s cost effective for bio-tech firms to locate here, said Lorenzo. “There’s some big leaders that are doing that right now. Certainly ADM is one.”

Another competitive aspect of Iowa is its location in the middle of North America, Lorenzo said. Two major freeways, I-80 and I-35, cross in the state, and the Mississippi River serves the eastern part of the state.

“[Spiber] fits right within our wheel house,” Kappelman said. “This is an investment we are thrilled about.”

CRDC became involved in the effort to bring Spiber to Clinton in January, said Cole. The project was codenamed Charlotte, a reference to E.B. White’s 1952 children’s novel about a talented spider.

Spiber received a $1 million forgivable loan from the IEDA last month, contingent on a 20% match from the City of Clinton, to set up operations in Clinton. Spiber will invest $100.2 million, or $50.1 million if it can get a guaranteed loan from the United States Department of Agriculture for the other half.

Initially Spiber will lease the ADM fermentation plant in South Clinton, Cole said, but she hopes the capture of Spiber’s Brewed Protein operation will lead to additional operations, such as research and development or a spinning facility, locating in Clinton.

Other international companies could consider Clinton for their biotechnology operations on the heels of Spiber’s commitment, Cole said. “It’s something that’s going to draw significant international attention to Clinton.”

Clinton has a lot of traditional manufacturing, said Cole, but to attract high-tech, innovative technology to Clinton is a huge accomplishment. “We couldn’t pay for that amount of international marketing.”

Spiber, Inc. of Japan was established in 2007, driven to produce protein-based materials through a fermentation process that utilizes sugars and microbes, rather than petrochemical or animal-derived raw materials, the company’s website says.

Spiber will purchase and own equipment and buildings at the existing ADM bioprocessing bio-refinery, the company said in its application to IEDA. It will use ADM’s corn wet mill to procure cornstarch-derived dextrose, the primary nutrient in cultivation of a host micro-organism that produces Brewed Protein.

Spiber will upgrade the ADM fermentation tanks and construct new purification and wastewater pretreatment equipment, which ADM will operate on behalf of Spiber America, the application said.

Construction is scheduled for July 2021 through November 2022, according to the IEDA application.

Labor for equipment installation and facility construction and renovations is estimated at $30.7 million. Spiber has applied for a USDA loan to pay for construction. Building materials will cost another $22.3 million, paid for by Spiber and the USDA loan.

The $48.4 million for machinery and equipment will be paid for by IEDA’s loan, the City of Clinton and Spiber.

Spiber’s project will create five full-time managerial jobs paying between $27 and $57 per hour. The collaboration may add some jobs to ADM’s roster as well, Cole said.

“It’s a revolutionary type of product that they’re developing,” said Kappelman, “so to be at the forefront of that is an honor.”