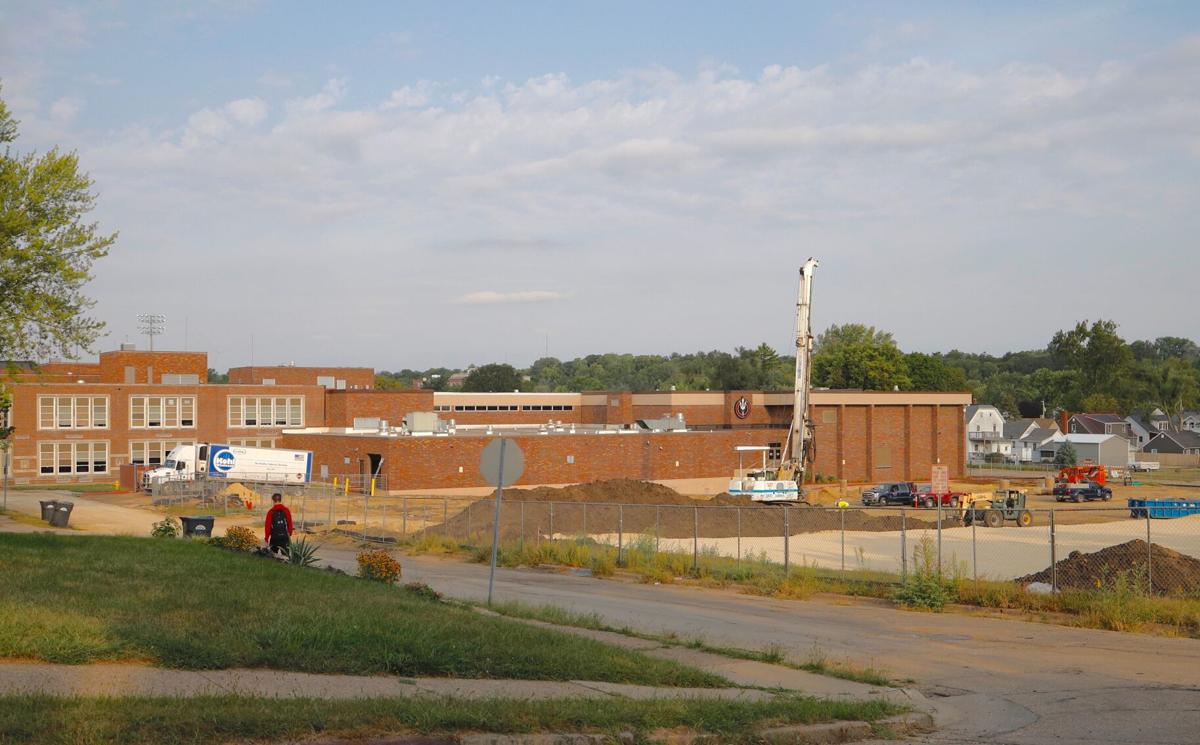 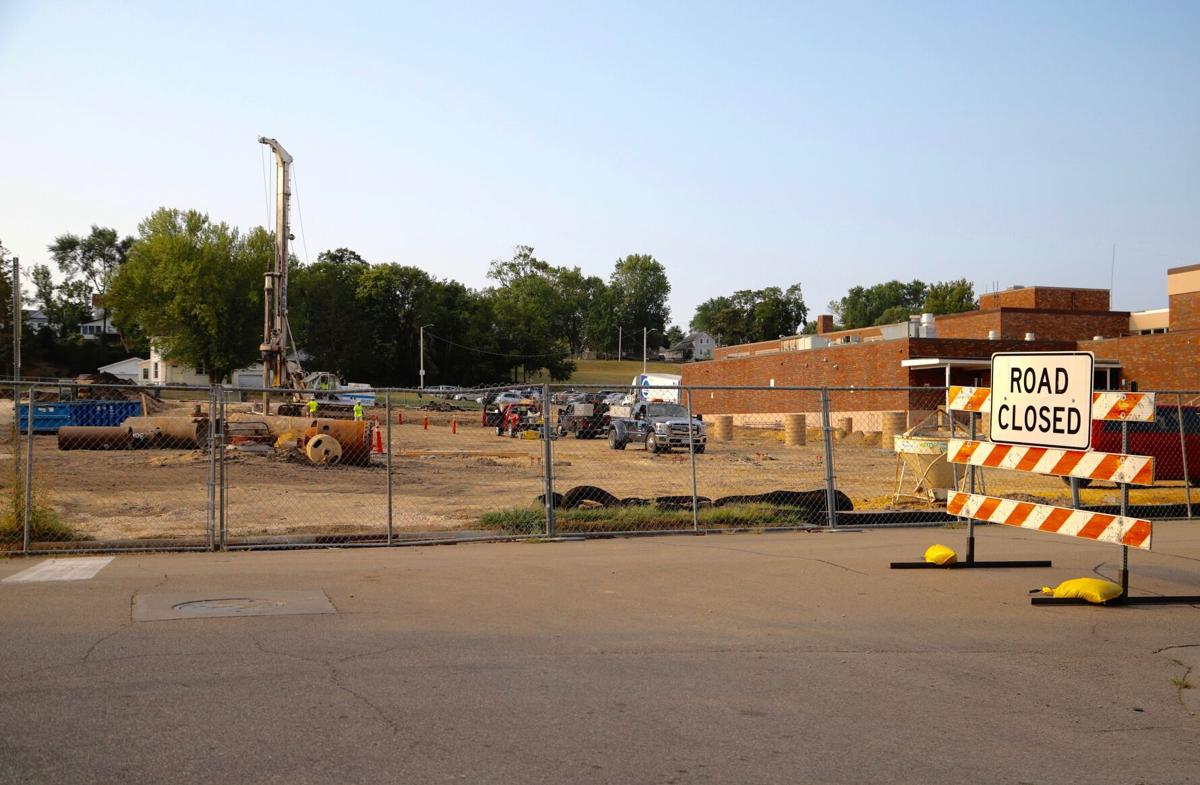 The road in front of Clinton High School is closed as construction continues in what was formerly the east parking lot.

The road in front of Clinton High School is closed as construction continues in what was formerly the east parking lot.

CLINTON — As in the parking lot across from Clinton High School, finding bedrock for the foundation for a new high school building east of the school has been problematic, Tom Wollan of Frevert-Ramsey-Kobes Architects and Engineers told the Clinton School Board this week.

The contractor takes soil samples every few feet, Wollan told the school board, but that doesn’t find every issue. Despite some unexpected finds, “The project has remained true to the original vision,” Wollan said.

The contractor is currently looking for bedrock, said Wollan. The contractor will drill seven feet into the bedrock to make sure it has a good anchor for the new school building.

“They have found little foundations,” said Wollan. They have found some pockets of soil that aren’t good, he said. But from an architect’s perspective, the contractor, Tricon Construction of Dubuque, has been great to work with, Wollan said.

“All of the things they promised us, they’ve delivered on,” Wollan said.

Architects had planned to use steps to make building levels line up, but now they think the buildings may be closer to the same level, said Wollan. So the three-story addition will be about three-feet higher than originally expected.

When the contractor surveyed the limestone, it found that at the south end of the kitchen, it swings up a little to the west and gets out of sync with Yourd gym and the pool, Wollan said.

It’s quite common, said Wollan, and usually it doesn’t matter because new construction is added to an existing building. But at Clinton High School, additions will be constructed as old buildings are torn down.

When Tricon’s bid for the new school came in $8 million over budget, Clinton schools created a plan to cut expenses using what it calls value engineering. The less-expensive options will cut more than $3 million in expenses.

The school board approved change orders Monday for some of the less-expensive options. Some of them can be added back into the plan later if prices come down, Wollan said.

The board reduced the cost of the project by $11,502 by changing an exterior egress stairway to a ladder surrounded by a cage. The school must have two exits out of the mechanical room, and architects had planned a stairway. Now the second exit will be a platform and adjacent ladder caged for the top five feet.