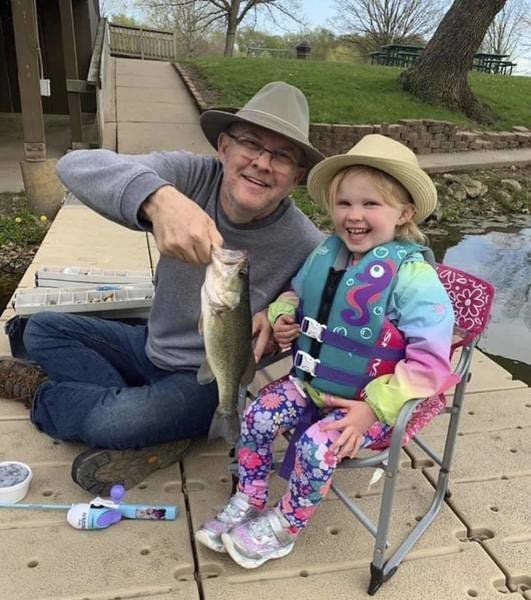 Submitted photoDrew Bush and his granddaughter Kinley show off a big catch during a fishing trip. 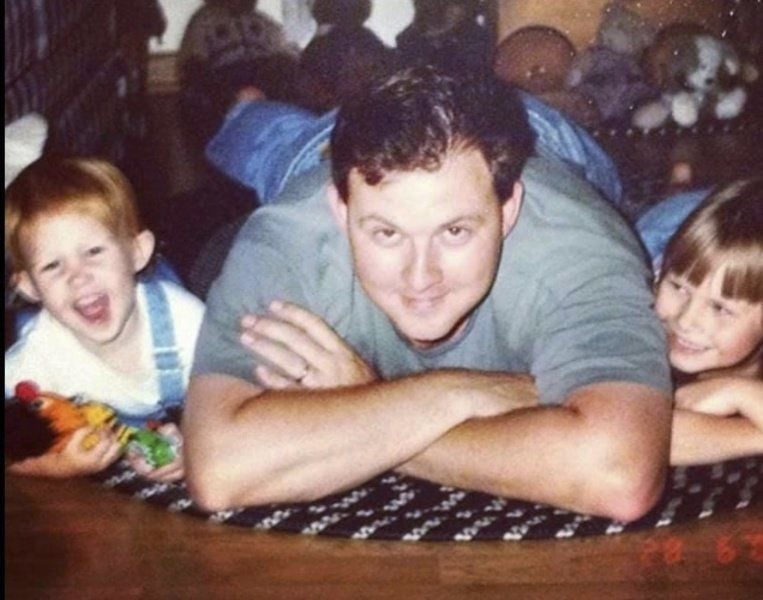 Submitted photoDrew Bush and his granddaughter Kinley show off a big catch during a fishing trip.

CLINTON -- "It's a miracle I'm even alive…. I have a strong faith in Jesus, and to me, none of these things during my journey have been a coincidence."

The last two-and-a-half years have been challenging for Drew Bush, to put it lightly. Following a February 2018 car accident, routine tests and scans revealed something Bush and his family weren't expecting. Bush had a cancerous mass in his left kidney -- his only kidney. (The Carroll County, Illinois man was born without the right one.)

What followed were multiple hospital visits, lengthy and complicated surgeries and a terrifying hypertension and brain-bleed episode which left Bush temporarily blind. But before that episode, a family trip to Sedona, Arizona featured a moment Bush will never forget -- and one he can't quite explain.

"I was laying in our hotel room, and I will swear on anything you want me to, a loud and clear voice said to me, 'When it is the darkest, I will be with you,'" Bush recently recalled.

"It sounds crazy, and I know that. But that voice, and that saying, has popped into my head several times throughout all of this."

With his only kidney completely removed, Bush is left with "zero renal function," he said. Bush's days are filled with more than 20 pills, a half-dozen prescription medications, dialysis and a noticeable physical weakness brought on by the brutal effects of his battle.

Regardless, Bush finds himself just lucky to be alive. Lucky might not be the right word, however. Blessed is perhaps the better option.

During the frantic episode which left him temporarily blind, another one of those miracles occurred, Bush said.

"I had been up sick all night, and it got really bad in the morning," Bush said. "When I was laying blind on the floor, I said to myself, 'I'm either going to die right here on the floor, and my wife is going to find me later tonight, or I'm going to find some way to dial 911.'"

Bush was able to do just that. He managed to stumble to his car where paramedics found him.

After being placed on a gurney, Bush lost consciousness, waking up "halfway to the hospital" to overhear paramedics' say that Bush was in "serious trouble."

Bush blacked out, learning later that the episode was caused by hypertension and massive bleeding on his brain and behind his eyes.

Bush's body now features several scars from the various procedures, and although the journey has slowed him down quite a bit, it hasn't stopped him from doing the thing he enjoys perhaps the most in life: spending time with his family, his support system.

Bush's wife Karmin, his daughters Emily and Ally and granddaughter Kinley have been with Bush every step of the way, he said. The group has created a Facebook page, Drew's Donor Journey, to bring awareness to Bush's journey to a kidney transplant which he hopes will come soon.

"My wife has been here every minute, every second," Bush said. "My daughters, my granddaughter, I'm so close with them, and I love them all to death. I can't even begin to tell you how much they've done when it comes to supporting me and just being there. That's the most important thing to me."

These days, Bush "doesn't feel anything normal," he acknowledged. That said, he also doesn't have as many "really bad days" as he used to.

The hope of a future kidney donation has driven the family man and Exelon site security manager on. The company has been nothing but supportive during his battle, he said with gratitude.

Alluding once again to his faith, Bush rested on the "miracles" that have kept him with his wife, daughters, granddaughter and friends since that February 2018 car accident. The surgeries, the hospital stays, the scars, the medications, the dialysis have given Bush an appreciation for waking up every morning.

Articles appearing on the front page of the July 16, 2019 edition of The Clinton Herald.