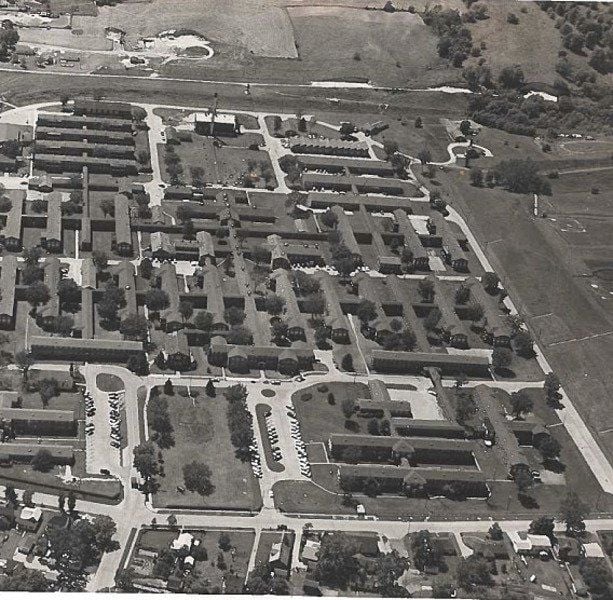 The Schick General Hospital complex in northern Clinton was built in 1942 on 10 acres of land purchased from the Lundquist family. The 2,500-bed hospital closed in 1946. 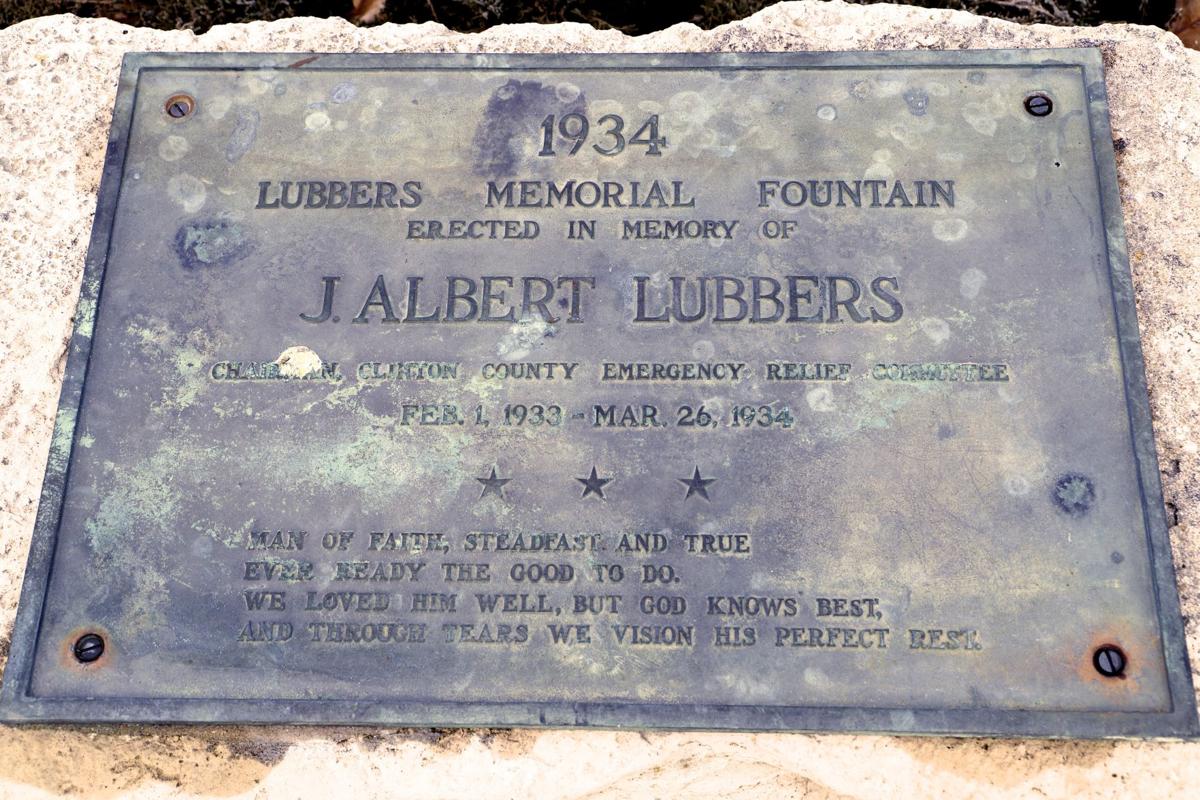 This plaque at the fountain on Riverview Drive in Clinton honors J. Albert Lubbers of Clinton. Clinton’s Monument Committee plans to educate the community about Lubbers and other Clinton County figures through the addition and renovation of the county’s monuments.

The Schick General Hospital complex in northern Clinton was built in 1942 on 10 acres of land purchased from the Lundquist family. The 2,500-bed hospital closed in 1946.

This plaque at the fountain on Riverview Drive in Clinton honors J. Albert Lubbers of Clinton. Clinton’s Monument Committee plans to educate the community about Lubbers and other Clinton County figures through the addition and renovation of the county’s monuments.

CLINTON — Though people in Clinton have heard of the Schick Hospital, the man behind the name is unknown to many residents, said Robert Betsinger. He wants to change that.

Betsinger is part of the city’s monument committee which hopes to educate the community about its history through memorials to such famous men as Lt. Bill Schick.

Born in 1910 in Chicago, Schick was the oldest of three children, says a 1991 article in American Medical News. He dropped out of high school his sophomore year to take a job at a factory, but returned later to graduate third in his class in 1931 at the age of 20.

According to the Together We Served, a community website for U.S. Military Veterans, Schick enlisted in the Army Air Corps as a surgeon in April 1941 and was stationed in Albuquerque, New Mexico with the 19th Bombardment Group. He was assigned to the 38th Reconnaissance Squadron in November of that year and served as the unit’s flight surgeon.

Schick was on his way to Clark Air Base in the Philippines, to reinforce Gen. Douglas MacArthur’s Fare East Air Force, when the squadron of B-17s was fired on by the first wave of Japanese aircraft at Pearl Harbor as the planes approached Oahu to refuel.

Schick’s aircraft was not armed, due to what American Medical News called “a bureaucratic blunder.” It landed at Hickam Field, on fire, and and broke up just behind the cockpit upon landing.

Schick was wounded. He made his way out of the plane but was wounded again on the runway by a round of Japanese fire from a Mitsubishi A6M2.

Schick died of his wounds at Tripler General Hospital. He was buried in Massillon near Lowden at the end of the war. One of America’s biggest military hospitals — the one in Clinton — was named for him.

The Schick hospital complex, located in northern Clinton between 25th Avenue North and 28th Avenue North, was built on 10 acres of land the U.S. Army bought from Luella Lundquist’s family in 1942. The family had only 30 days to move everything they owned — their house, barns, chicken coops and vehicles — according to a 2005 Quad City Times article.

Clinton’s Monument Committee has requested that the American Legion raise money for a bronze plaque measuring 24 inches by 30 inches in honor of Schick, who is listed as the first U.S. medical officer killed in World War II though the U.S. was not officially at war during the Dec. 7 attack on Pearl Harbor.

The plaque would be placed next to Lubbers Fountain or on the wall by the Cornell Statue on Riverview Drive, Betsinger said. The cost would be about $2,400 and it would take 8 weeks to make, according to committee minutes.

The Monument Committee also plans to create a plaque for John Albert Lubbers, Betsinger said. Clinton’s Parks and Recreation Department is planning to renovate the fountain, and the plaque would be part of that restoration.

The fountain was built in 1934 in honor of Lubbers, a Clinton county administrator of the Emergency Relief Committee and the Civil Works Administration, two Depression-born agencies. Lubbers worked closely with the Works Progress Administration to obtain funds for improvements both at Eagle Point and Riverview parks.The fountain was one of the projects.

Lubbers died unexpectedly in June 1934 at Jane Lamb Hospital, where he had been a patient for about a month, suffering from a heart ailment that resulted in the amputation of his right leg meant to save his life.

Lubber’s death at the age of 48 “cast a pall over the city,” said The Clinton Herald at the time.

Born in Clinton Sept. 28, 1885, Lubbers graduated from Clinton High School in 1903 and from the University of Michigan in 1908. He returned to Clinton where he became the first secretary of a newly reorganized Clinton Commercial Club and was employed in the Peoples Trust & Savings Bank.

In August 1912, he formed a partnership with C.L. Bell to start Lubbers & Bell Manufacturing Co. which produced fly swatters, toys, games and novelties.

Lubbers served in the military during WWII and became a member of the American Legion afterward, serving as commander of Clinton’s June Van Meter post, district commander and state finance officer.

The Lubbers fountain was designed by Superintendent of Parks Leo P. Hannaher and featured mushroom-shaped colored lights, which once graced the Century of Progress Fair in Chicago. It fell into disrepair during World War II, and by 1945 was almost covered by river spoil that had been pumped into the park to raise its level so that it would not be inundated by the river every spring.

The fountain was restored in 1952, adding a sewer outlet.

In 1993, a small group of men and women who were trained at Schick General Hospital during WWII donated $7,500 to embellish the Lubber Fountain. The 91st General Hospital Association gave money to erect four additional authentic cast iron street lights at the fountain, completing a circle started by donations from Betsinger in memory of his wife Georgia and in honor of Robert J. Soesbe of the Clinton Historic Preservation Commission.

With the help of research by Jan Hansen and Carol Gilbert of the Clinton Historical Society, Betsinger has become well informed about the people that Clinton’s monuments and buildings have honored, including Schick.

“I got emotional when I read about him,” Betsinger said. “[I] thought, we’ve got to do something for him.”

The committee will eventually create or renovate other monuments honoring two Clinton County Medal of Honor winners, commissioning a Freedom Rock near Clinton Area Showboat Theater. “They want to preserve all the monuments in the county,” Rolston said.

“I think everybody needs their heroes,” Betsinger said.