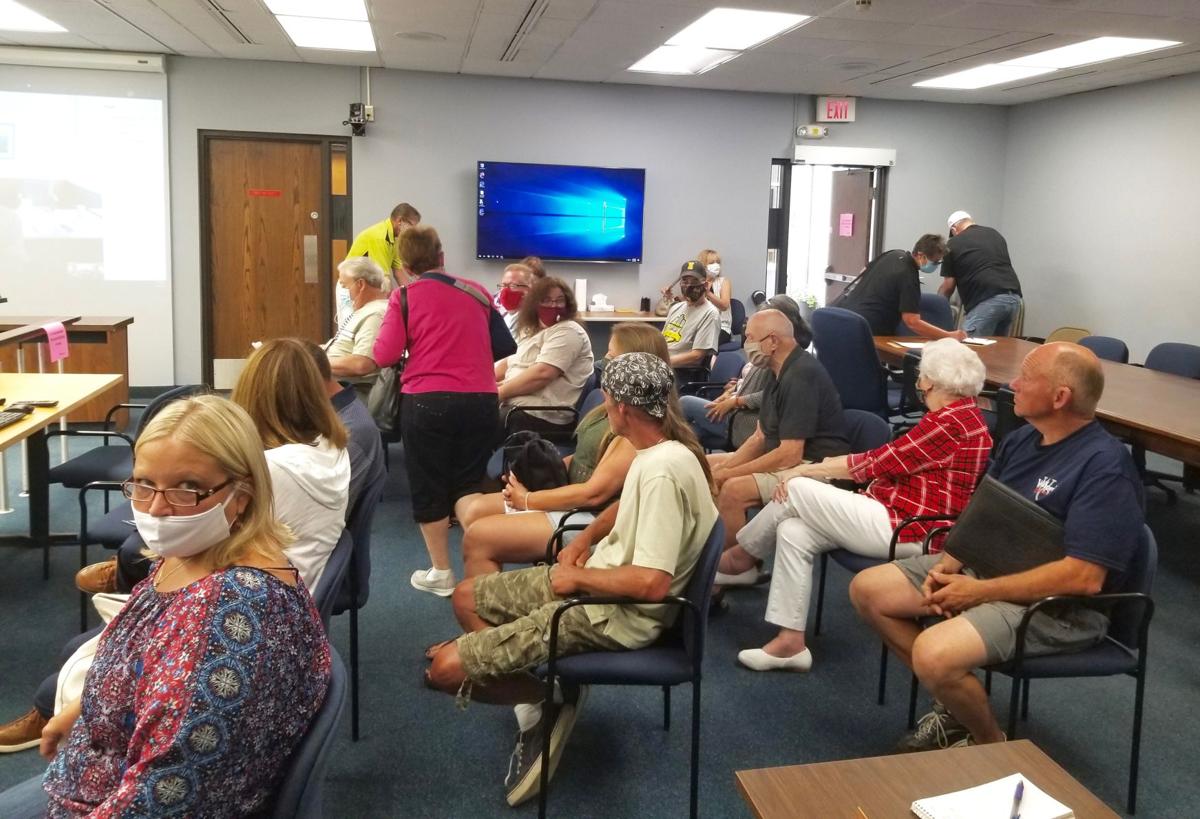 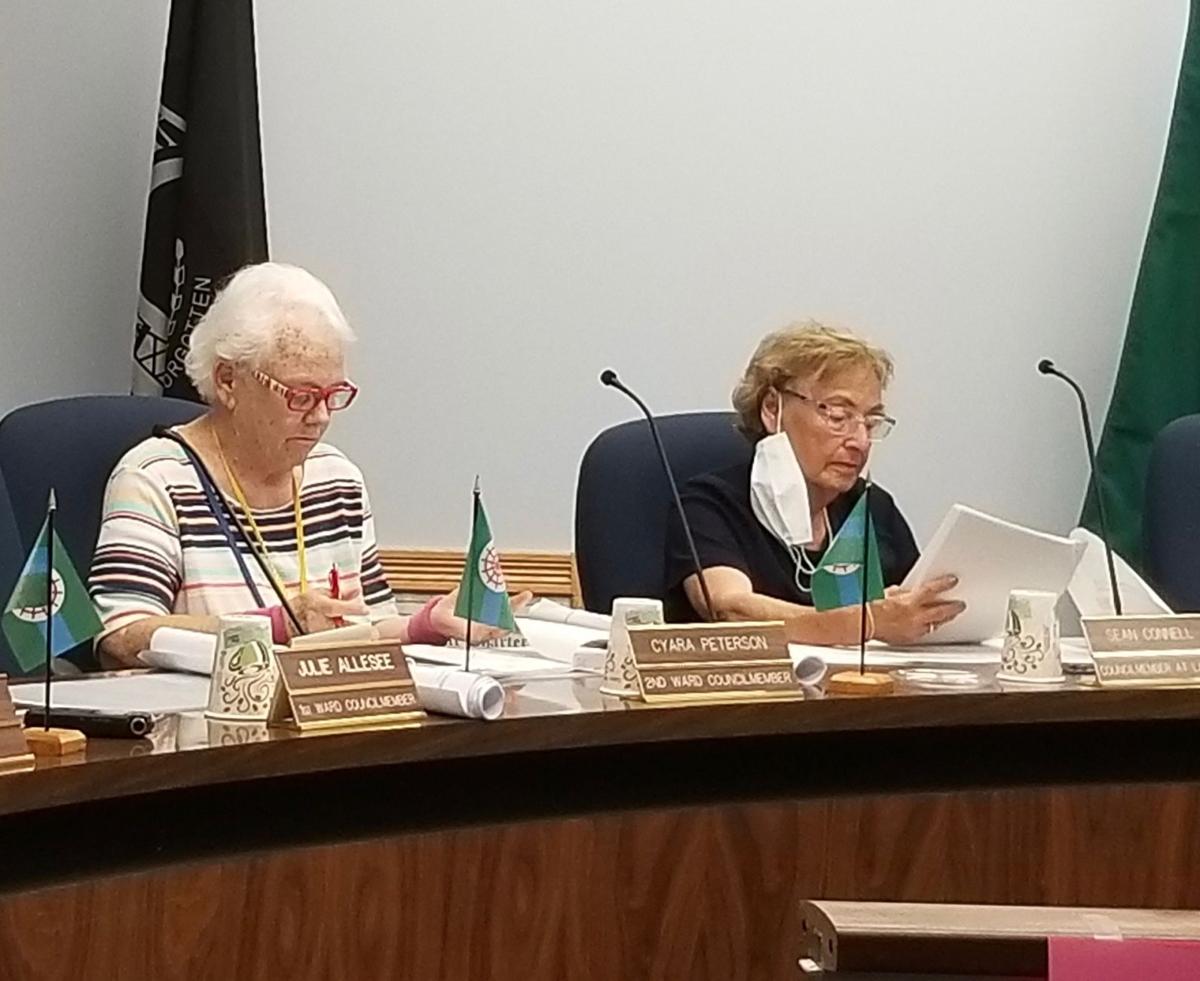 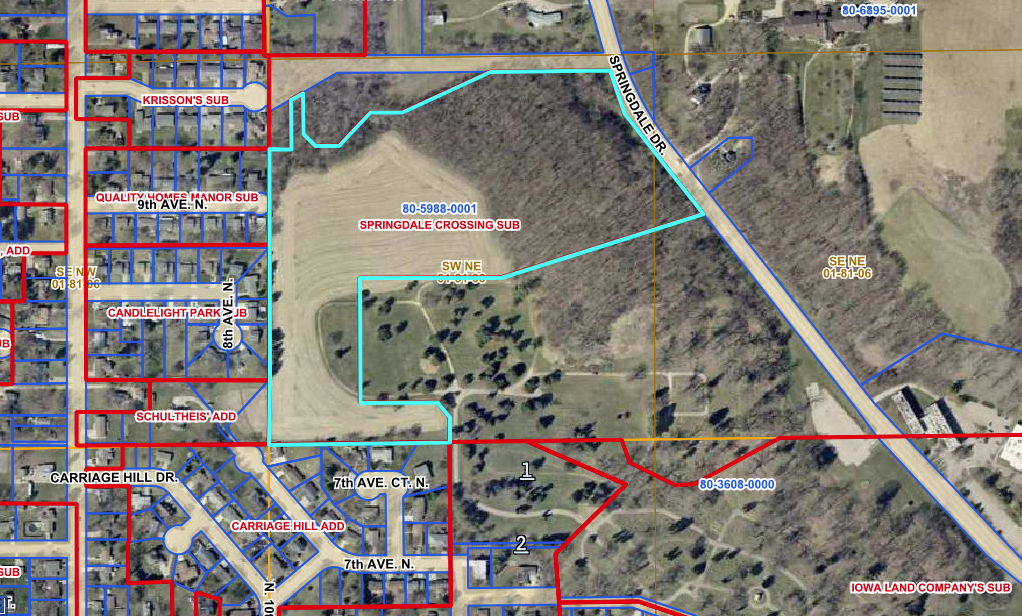 In this screenshot of the area, the property included in the preliminary plat of Riverstone Crossing is outlined in blue. Residents of Ninth Avenue North, to the west, asked questions of developer Bill Wilford and Clinton City Engineer Jason Craft during last week's Planning Commission meeting.

The Planning Commission approved the preliminary plat, but tabled consideration of the final plat until plans for the development are completed.

Bill Wilford, under the name of Riverstone Development, purchased the property north of Springdale Cemetery and east of Ninth Avenue North, in March from P and B Ventures for $270,000. The property is about 22.68 acres, according to records from the Clinton County Assessor’s Office.

Wilford told the planning commission last week that he intends to build standalone villas of 1,500 and 1,600 square feet in the center, with custom houses around the outside.

“Springdale Drive is going to be our main entrance for the subdivision, but we’re going to tie it through and go out Ninth Avenue North.”

Residents of Ninth Avenue wondered why they hadn’t been consulted about the proposed development.

“I don’t know what the ordinance is, of when you let the stakeholders know,” said Mike Smith, who spoke for his mother Phyllis Kist who lives on Ninth Avenue. Kist couldn’t attend because of her age and the pandemic, Smith said.

The plat was dated May 15, “so the city has known about it,” but no one communicated wth the stakeholders, Smith said.

City Attorney Patrick O’Connell said via video that this is not a situation in which neighbors need to be notified.

“We haven’t violated any laws,” he said. “This doesn’t directly concern residents of Ninth Avenue North by legal definition.”

Smith said his mother is concerned about an increase in traffic when homes are built on the property. It’s a narrow street, he said. The city should do a traffic analysis first.

“There was a college there just a couple of years ago,” said Planning Commission Chairman David Brown. Springdale Drive is used to a lot of traffic.

But Smith said that people will avoid Springdale and cut through 11th Avenue to the west of the addition. Before the city gives the stamp to the project, it should look at the increased traffic, Smith said.

Kist has lived on Ninth Avenue for a long time, Smith said. It’s a quiet neighborhood where children play and wildlife, including deer, roam the area. “There ought to be at least a consideration of green space,” Smith said.

“I’m not saying you can’t develop it,” Smith said, but slow it down.

“We do not make a decision,” Brown said. “What we do, and what this commission is for, is find out whether these items would be good for the city... and if so, ... we forward it to the City Council. The City Council is the one that controls this.”

“We’re primarily here to see that the city’s ordinances are being observed” said O’Connell. “We don’t really have jurisdiction to consider other things.”

Traffic always changes with developments, and the city has to make changes, said City Engineer Jason Craft. “When this is at full buildout” the city may have to widen the street or make one side no parking.

This is done all the time, Craft said. The preliminary plat is all consistent with what is typical.

Lots for the villas are 60 feet wide; lots for the homes are 80 feet.

“Contrary to the way I’ve been portrayed here in the last little bit, we have been in constant contact with the city from the very beginning of this thing on how to make this a good development for the city,” said Wilford.

Residents were incredulous that Wilford would try to put so many houses on such a small acreage and were concerned about his removal of trees. They doubted that anyone would by a $350,000 home in Clinton.

Wilford said he’s not clear cutting trees. A perimeter of trees will remain on the north and south sides of the development, he said.

As the lawful owner of the land, Wilford has the right to do what he wants within the law, said O’Connell. O’Connell sees no evidence that Wilford is violating any laws, he said.

“I don’t see any lawful basis we would have to prevent him from proceeding, providing he commits to us that he’s going to follow our code.” O’Connell said.

The planning commission approved the preliminary plat but tabled approval of the final plat for the first addition.

“There’s no issues with the preliminary plat,” Craft said. He needs additional information from the developer before he can recommend approval of the final plat, he said.

“Given the fact that there are so many outstanding questions and issues being presented, we might want to error on the side of just tabling this,” said Craft.

The city didn’t have final plans for the Zara Heights before approving the plat, Craft said, “[but] to remain consistent with the code, what would be typical would be to table this until we at least get those final plans.”

Commissioner Dwaine Sievers asked residents to send their concerns to the planning commission. “It’s nice to see that we’re looking at maybe $350,000 homes coming into your neighborhood,” he said. Neighborhood input is very important.

“I agree. I think we need more conversation,” said Commissioner Carolyn Tallett. “However, these developers are excellent people. They were just doing their jobs by getting going.”

“I have personally developed 10 different subdivisions,” said Sievers, “and I’ve built 130-some homes, and I’ve dealt with the people that these subdivisions became part of.”

Sievers has never had a person object after the subdivision was completed and done properly, he said. He pledged to the Ninth Avenue residents that he would see that everything is done properly.

This preliminary plat for Riverstone Crossing subdivision was approved by the Clinton Planning Commission last week. The Commission will consi…

The final plat of Riverstone Crossing, First Addition, will be considered by the Clinton Planning Commission after the developer provides addi…

James "Jimmy" Heath Sr., 73, formerly of the Clinton area, died July 25, in Waco Texas. He is survived by sons Tom and Jim; and sisters - Sally Schaaf and Diane Dethmann. Arrangements are pending.