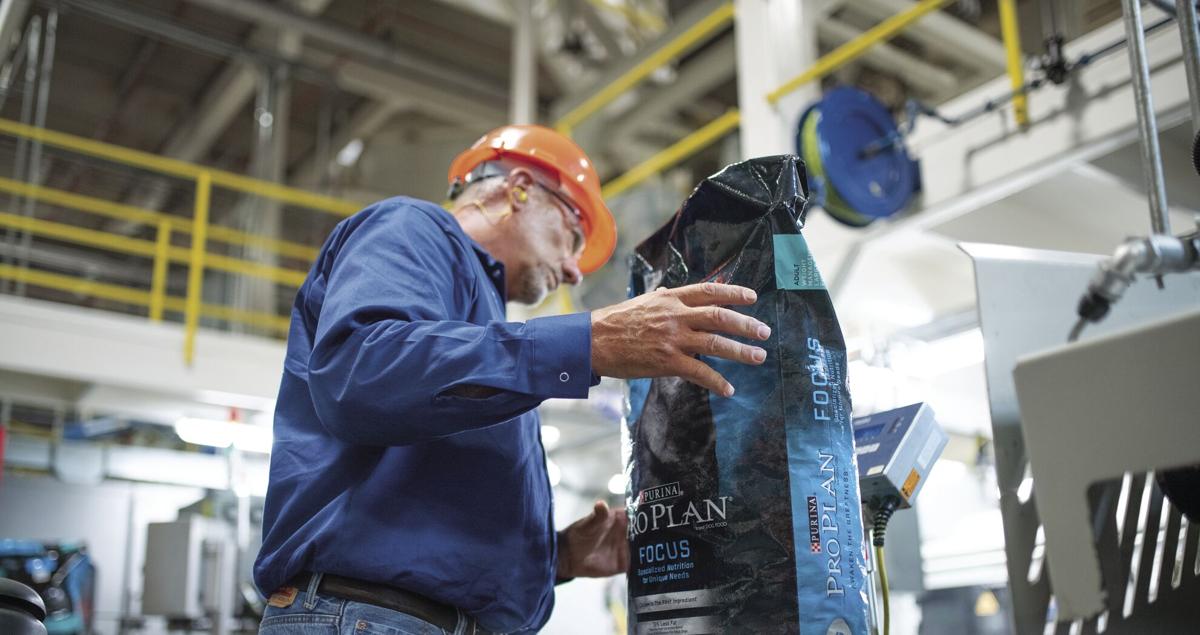 Jim Marshall performs a quality check on one of Nestle’s packaging lines. 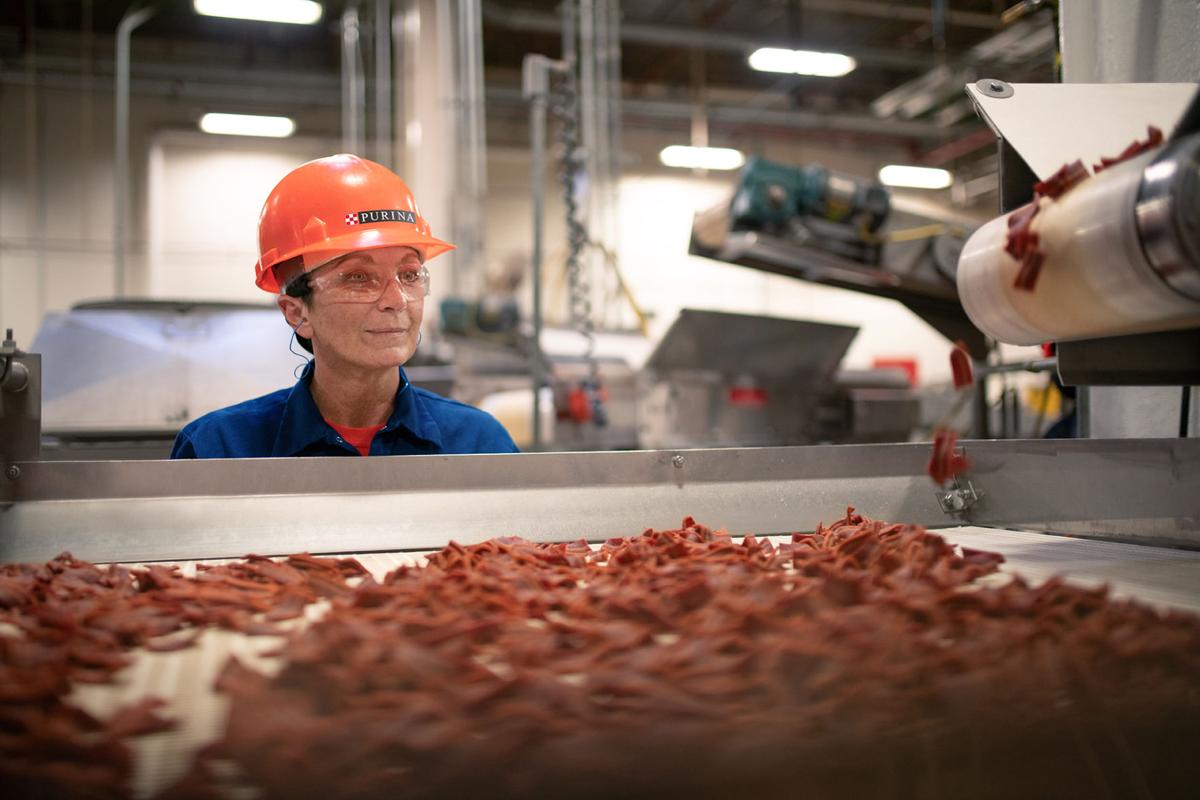 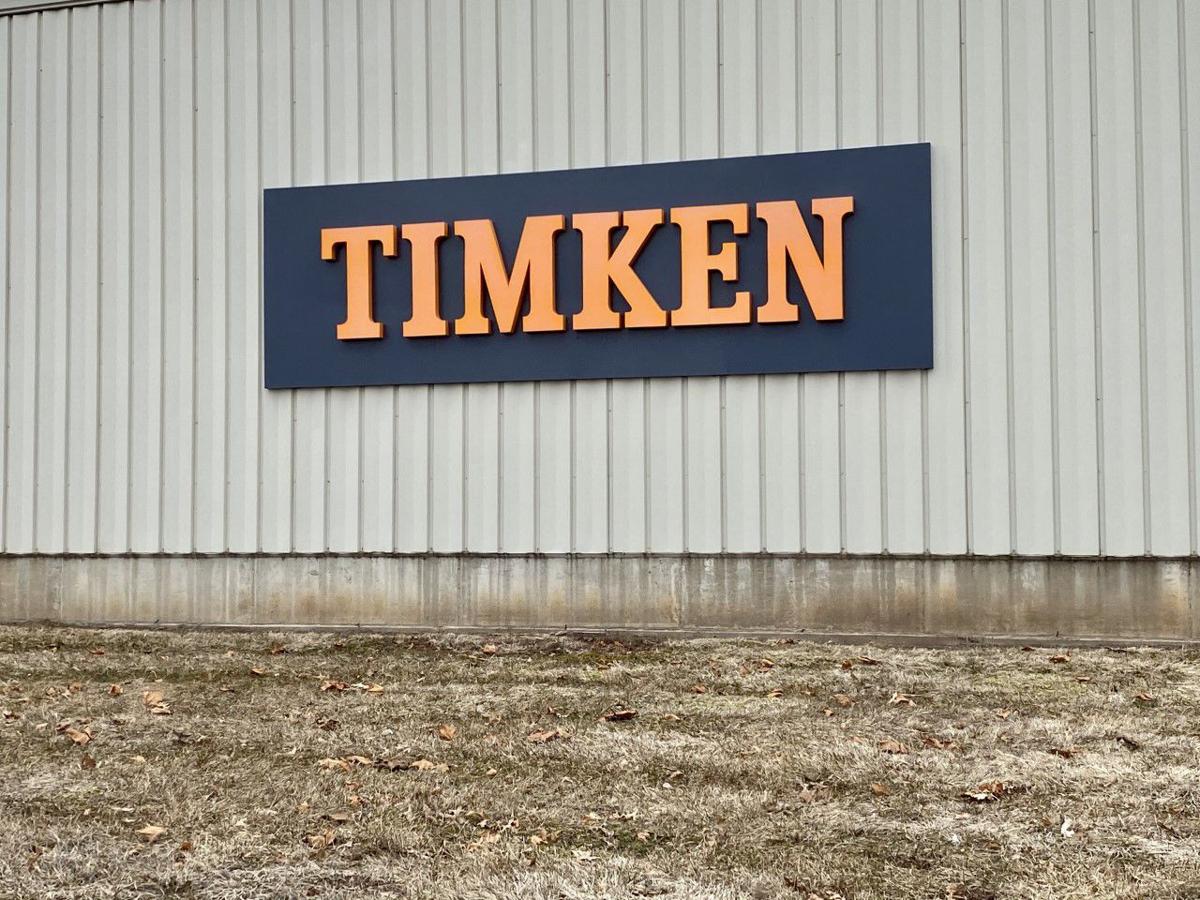 Jim Marshall performs a quality check on one of Nestle’s packaging lines.

Nestle Purina announced in February the expansion of its Clinton factory. The expansion represents a $140 million investment that will allow Nestle Purina to meet a growing demand from pet owners for nutritious, science-based dog and cat foods using high quality and trusted ingredients.

Nestle, which established local operations in 1969, employs 360 people in Clinton. The expansion will add new processing and packaging lines for the production of kibble-based pet foods. The expansion will lead to a total job growth of more than 60 positions.

Nestle Purina applied to the Iowa Economic Development Authority for financial assistance with the warehouse expansion that will create about 73 jobs. Nearly 63 hourly positions will pay at least $20 per hour and 10 salaried positions will pay between $45,000 and $85,000 per year, its application to IEDA said. Nestle Purina will spend $140 million on the project. They will spend $30 million for building construction and $110 million for machinery and equipment. The project has three phases, which are installation of new equipment, adding secondary equipment and adding warehouse space.

Nestle Purina is the largest dry dog and cat food maker in the United States. Nestle Purina’s dry dog food business has grown 7% in the past year, according to a February press release. The release states with a total investment of $140 million in the Clinton factory’s expansion by 2023, the Clinton factory will significantly increase the production of high quality and nutritious brands that feed millions of pets each year. The release adds Nestle Purina’s Clinton factory plays a unique role in the company’s network of 21 factories across the United States. In 2019, Purina invested more than $500 million into its factories across the United States for projects that help grow and sustain the business, including more than $30 million alone in Iowa operations.

The Iowa Economic Development Authority in February also announced expansion plans for Timken Drives, located in Fulton, Illinois, and that Timken Drives will expand some of its operations into Clinton.

To accommodate additional chain manufacturing at its Fulton location, the company announced plans to relocate its auger manufacturing operations to Clinton and make significant improvements to an existing facility.

She added CRDC Vice President of Economic Development Andy Sokolovich participated in a hiring fair at the Clinton facility in August. Nestle Purina is also actively hiring for new positions associated with the expansion, Cole confirmed. She said work is visibly underway at the rear of the Nestle plant. Cole confirmed as far as she knows both projects are on schedule.

Cole sees the expansion of both businesses as important for the Greater Clinton region. She noted the projects signal to other companies there is a pro-business environment in the City of Clinton, which helps the CRDC market the area for additional business expansions and new business attraction.

Cole said the companies are creating good-paying jobs for local residents. She noted the only way the State will incentivize jobs is if they pay a minimum of $16.69 per hour. The need for more workers means cooperating with Clinton Community College and area high schools to ensure recent graduates or adult residents are prepared to be hired into these jobs, Cole said. She said this is one of the reasons the CRDC and Clinton Community College partnered to create the new Manufacturing Awareness workforce development program in June.

Cole said the CRDC acted as a conduit between the companies and the City of Clinton and the IEDA both for information flow and direct assistance in filling out state and city incentive forms. She added she and Sokolovich traveled to Des Moines on Feb. 21 for the IEDA board meeting, where the board voted to approve the state incentive packages for both companies.

“In attending, we were able to speak to the IEDA board about the importance of the projects and advocate for their approval,“ Cole said.