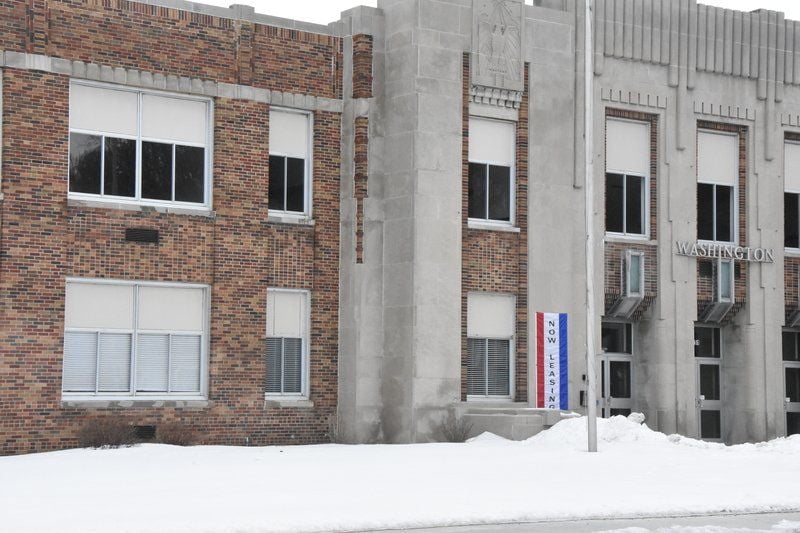 Jake Mosbach/Clinton HeraldWashington Senior Apartments, formerly the site of Washington Middle School, is now open for leasing any of its 46 affordable senior residential units. Developers are holding an open house on Tuesday, March 12, from 3 to 7 p.m. 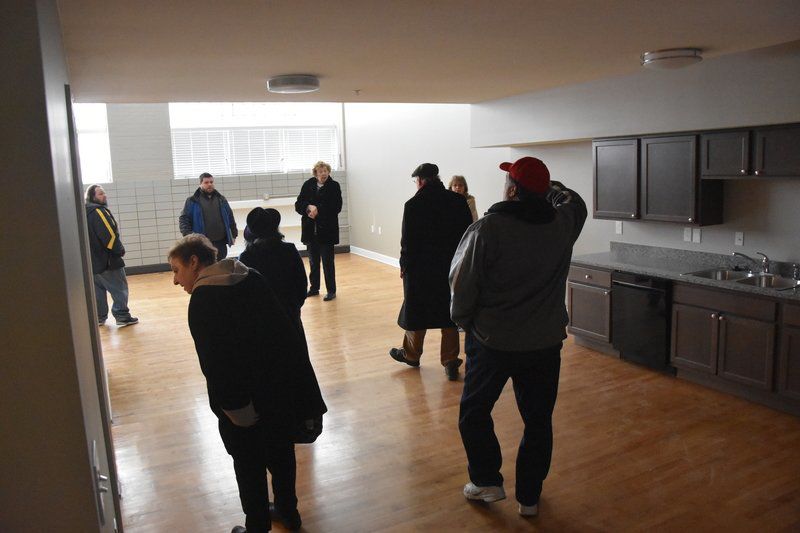 Jake Mosbach/Clinton HeraldWashington Senior Apartments, formerly the site of Washington Middle School, is now open for leasing any of its 46 affordable senior residential units. Developers are holding an open house on Tuesday, March 12, from 3 to 7 p.m.

CLINTON — Affordable, senior-friendly housing has come to the former Washington Middle School building, and leasing opportunities already are being made available.

Now known as Washington Senior Apartments, the building at 751 Second Ave. South has undergone a complete transformation to house 46 residential units. Throughout the process, developers have flipped what were once classrooms, an auditorium, a gymnasium, and other educational assets, into state-of-the-art apartments.

The hallways and some other areas still closely resemble the school setting, complete with useful storage lockers and all. But when future residents actually step into their studio, one-bedroom or two-bedroom units, the former classrooms are hardly recognizable — except for some classic hardwood flooring and a few quirks.

“It’s been fun, but it’s definitely been a process,” property manager and Vice President of Operations at Pioneer Property Management, Inc. Joe Marone said Thursday. “We were lucky to have this beautiful shell, this building, to work with, and pretty much changed what we were allowed to change and left the things in place that we weren’t able to touch.”

Respecting the historical aspect of the building, one whose oldest section opened in 1935, was important to Marone and other site developers. That’s one of the group’s operating specialties, redeveloping old structures and giving them new life, according to Marone.

That tactic is appreciated by many, including members of the Clinton History Club. Thursday, the club toured the building, with some reminiscing along the way as they walked through the halls of their former school. A public open house for area residents to view the apartment complex is scheduled for 3 to 7 p.m. Tuesday, March 12.

“Just walking in here in the hallways, and walking in for just two seconds, it’s still laid out the exact same way,” former WMS student Harold Combs said after taking the tour. “Since I went to school here, I can still recognize things like the art room, and where we would go into the gym... I was really worried that they were going to come in here and gut the whole interior, and we were going to lose a lot of the design, but I love what they’ve done.”

Club member and former Clinton School Board member Gregg Obren strongly remembers the entire process being set into motion years ago. Obren said his sons attended the school, and for the building that once sat empty to be given new life is refreshing.

“People are going to come in here and say ‘This is where I taught... can I have this room?’” Obren said Thursday. “That’s pretty cool. You look at the hardwood floors and the things that are here, I can see teachers coming back who taught here 50 years ago or so and remember their classrooms. They’re going to walk in here and just smile. I know they will.”

Articles appearing on the front page of the March 8, 2019 edition of The Clinton Herald.

DEWITT [mdash] Jean Gravert, 95, formerly of Delmar, Iowa, passed away peacefully in her daughter's home in Iowa City. Per her wishes, there will be no visitation. A Celebration of Life will be held Sunday, July 25, 2021, from 1:00 until 4:00 p.m. at Grossman Hall in Delmar. Arrangements are…