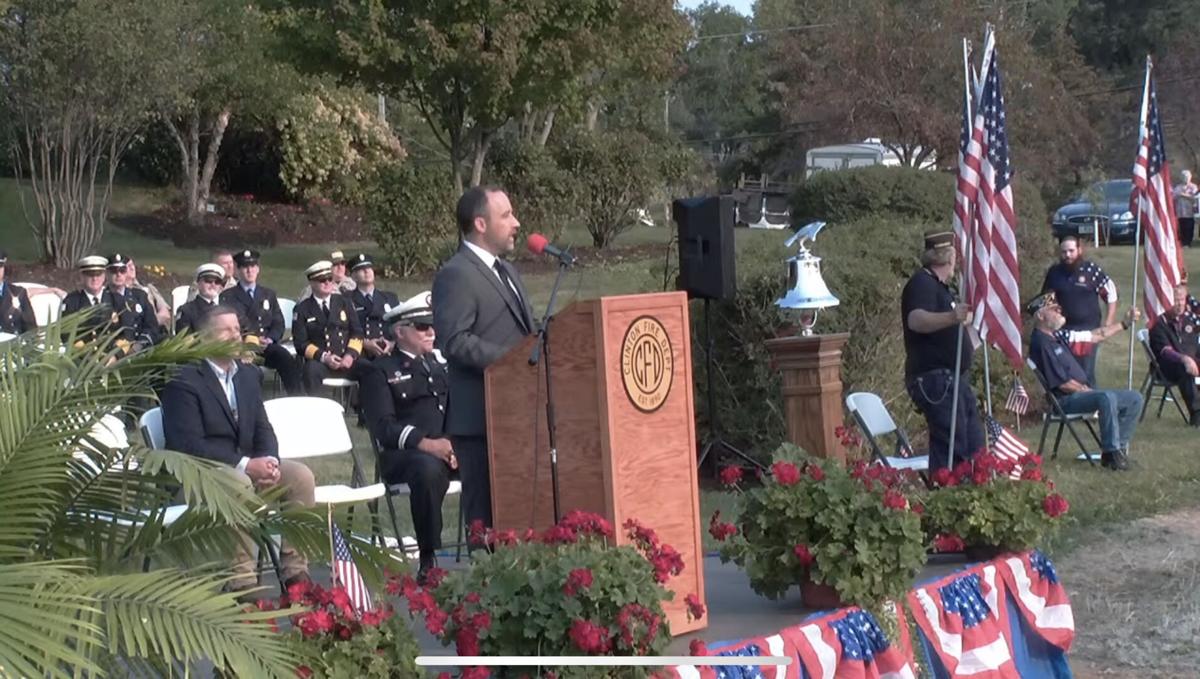 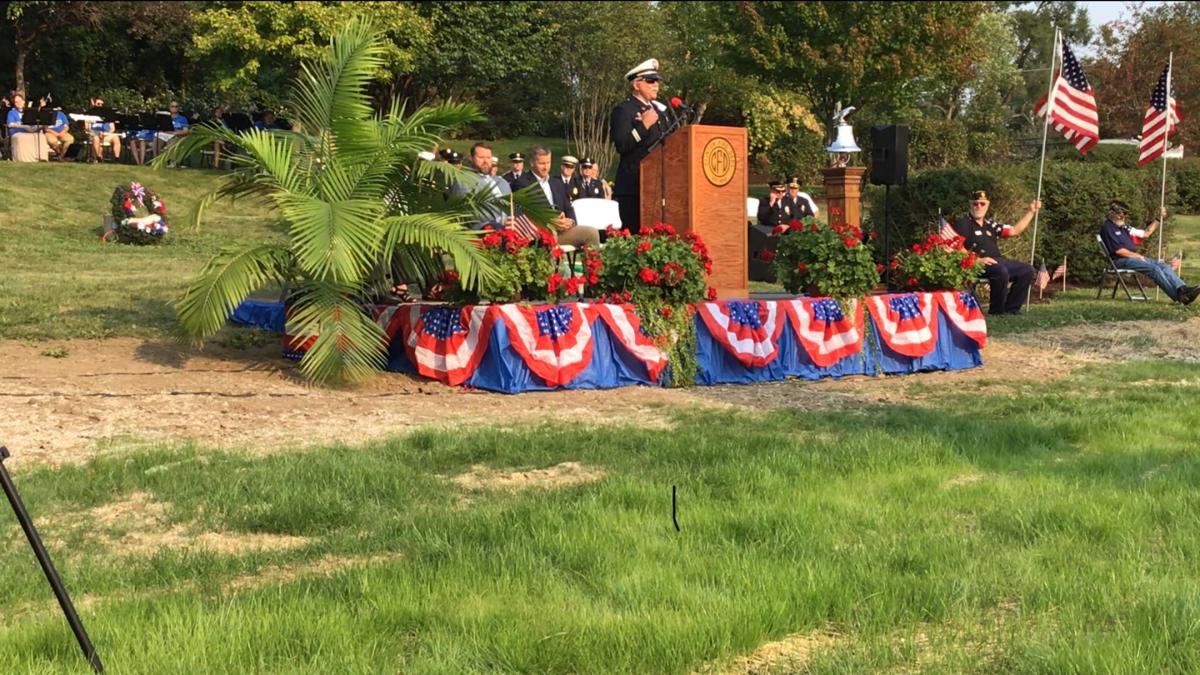 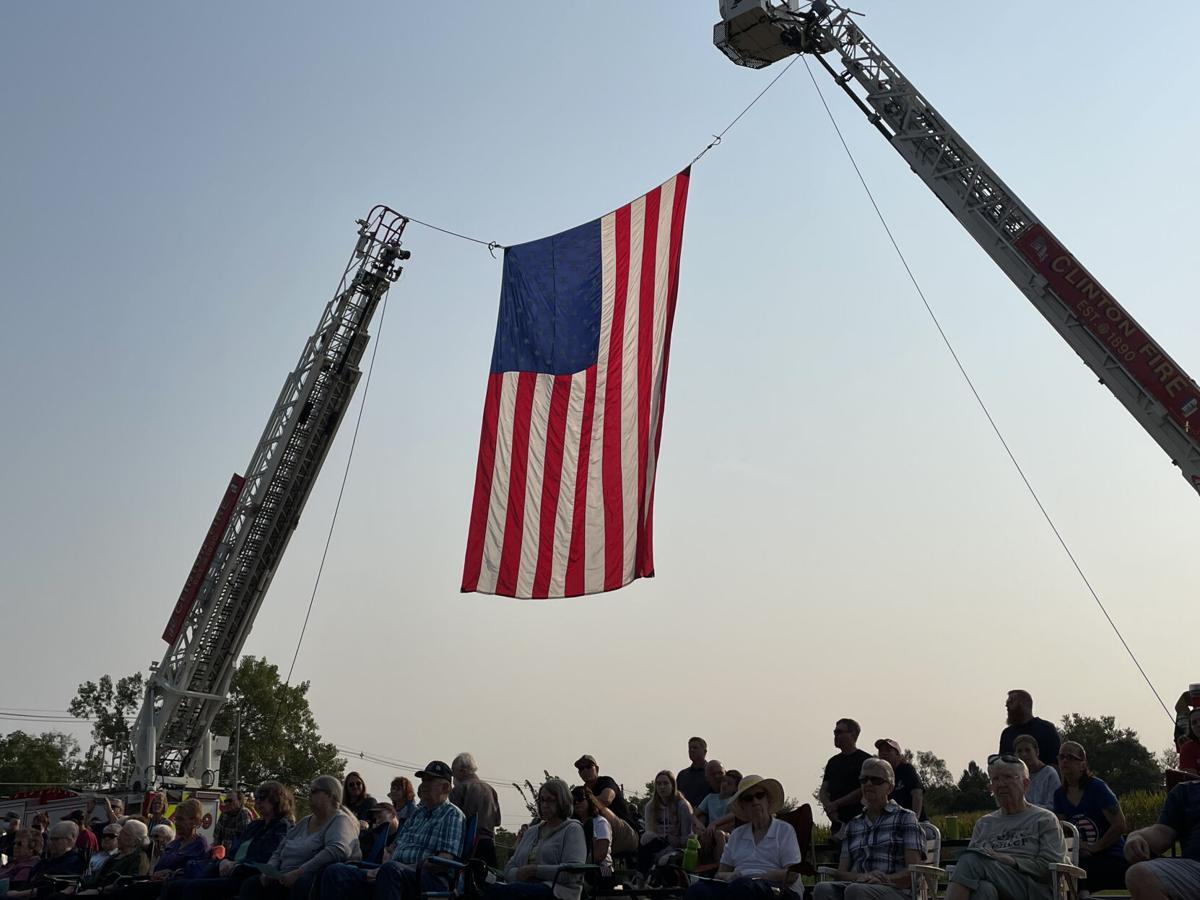 CLINTON — The City of Clinton held a commemorative ceremony Saturday to remember the September 11, 2001, terrorist attacks of 20 years ago.

A commemorative ceremony at the Freedom Trees site honored those who were victims of the terrorist attacks on the World Trade Center, the Pentagon and United Flight 93, which crashed into a Pennsylvania field. This continues a tradition of holding a ceremony at the site every five years.

Chuck Wehrli, retired fire captain from Naperville, Illinois, was the speaker at Saturday’s event. He was mobilized in 2001 as part of a Missouri task force and responded to New York. Wehrli said an estimated 3,000 people died that day, including 343 firefighters, 80 police officers and eight paramedics. He also referenced individuals effected by the dust in the years since the September 11, 2001, attacks.

“All the people that came in afterwards to help out looking for their brothers, and their dads and their uncles. That was the saddest part about being down there was watching these people walk around like zombies, crying, looking for their loved ones,” Wehrli said.

Wehrli pointed to the unity of America the day after the September 11, 2001 attacks.

“What did we all see on September 12 (2001),” Wehrli asked. “We saw these flags raising. We all had flags on the cars and stickers. And unity of this country like it’s never been before. I’d love to go back to that. It’s 20 years and I want to see this country go back to that.”

We all remember where we were on September 11, 2001, and the pain, sadness and anger felt are still in our hearts 20 years later, Clinton Mayor Scott Maddasion said. When thinking about the events of September 11, 2001, Maddasion thinks about the sadness and loss so many families and friends endured that day because individuals do not agree with the freedoms afforded in the United States of America.

He also thinks about the bravery shown, he said. This includes the first responders who took the call to serve from all over the country or individuals at the World Trade Center who worked diligently to get themselves and co-workers out of the burning buildings, he said. Lastly, Maddasion thinks about hope, he said.

“The hope of a nation that came together that day despite all of our differences to stand firm against evil and mourn those that we lost,” Maddasion said. “I know the sadness truly never passes but I hope as we continue to commemorate this day, we all can find peace and continue to work towards a unified America just like we were on that day.”

“The trees are visible symbols of life and hope that remind us of our nation’s enduring strength and remain a lasting tribute to the heroic firefighters, police officers, first responders and military personnel who protect our lives and our freedom every day,” Miller said.