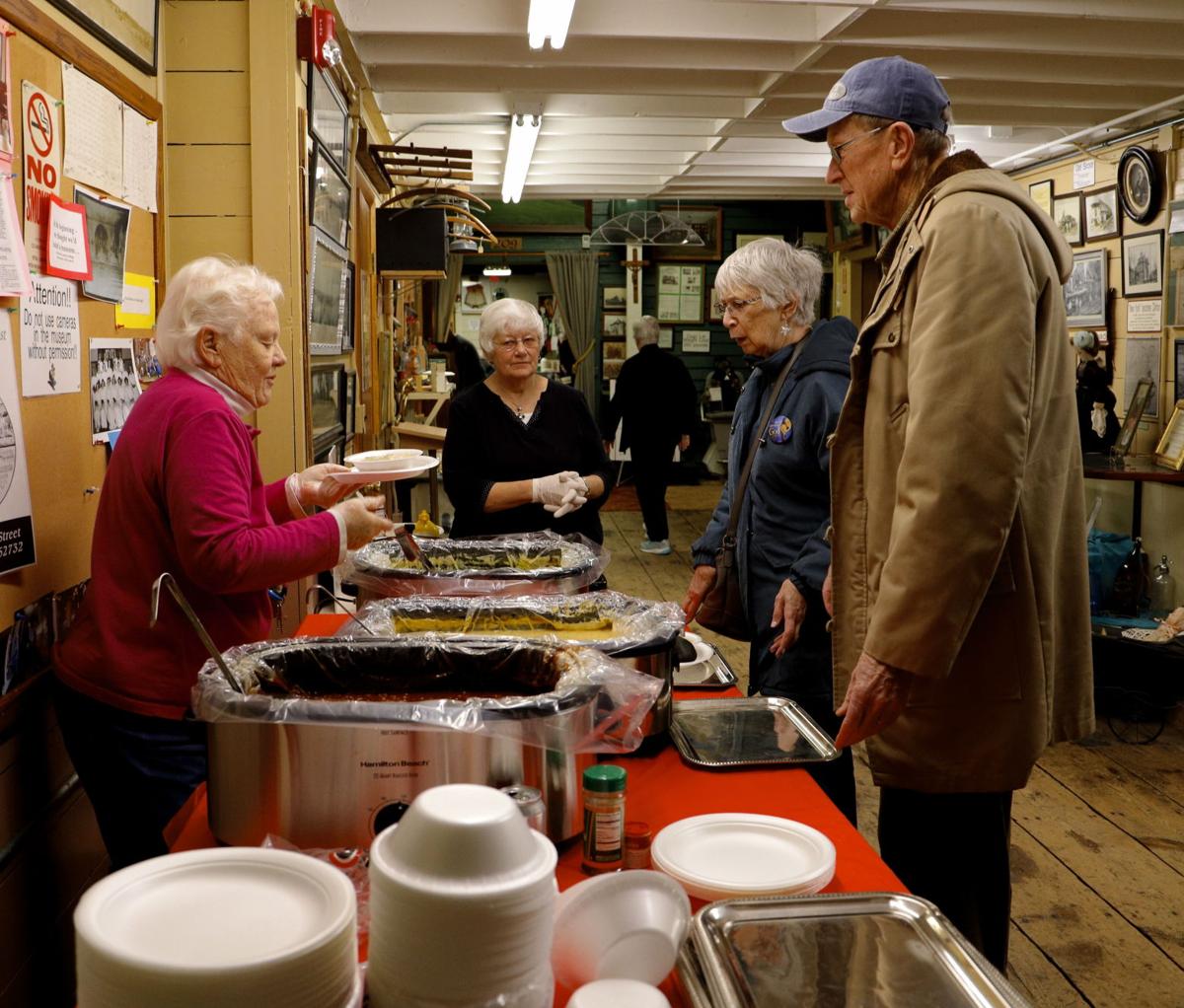 From left, Jan Hansen and Sandi Christiansen serve soup and sandwiches at the Clinton County Historical Museum in Clinton on Sunday. 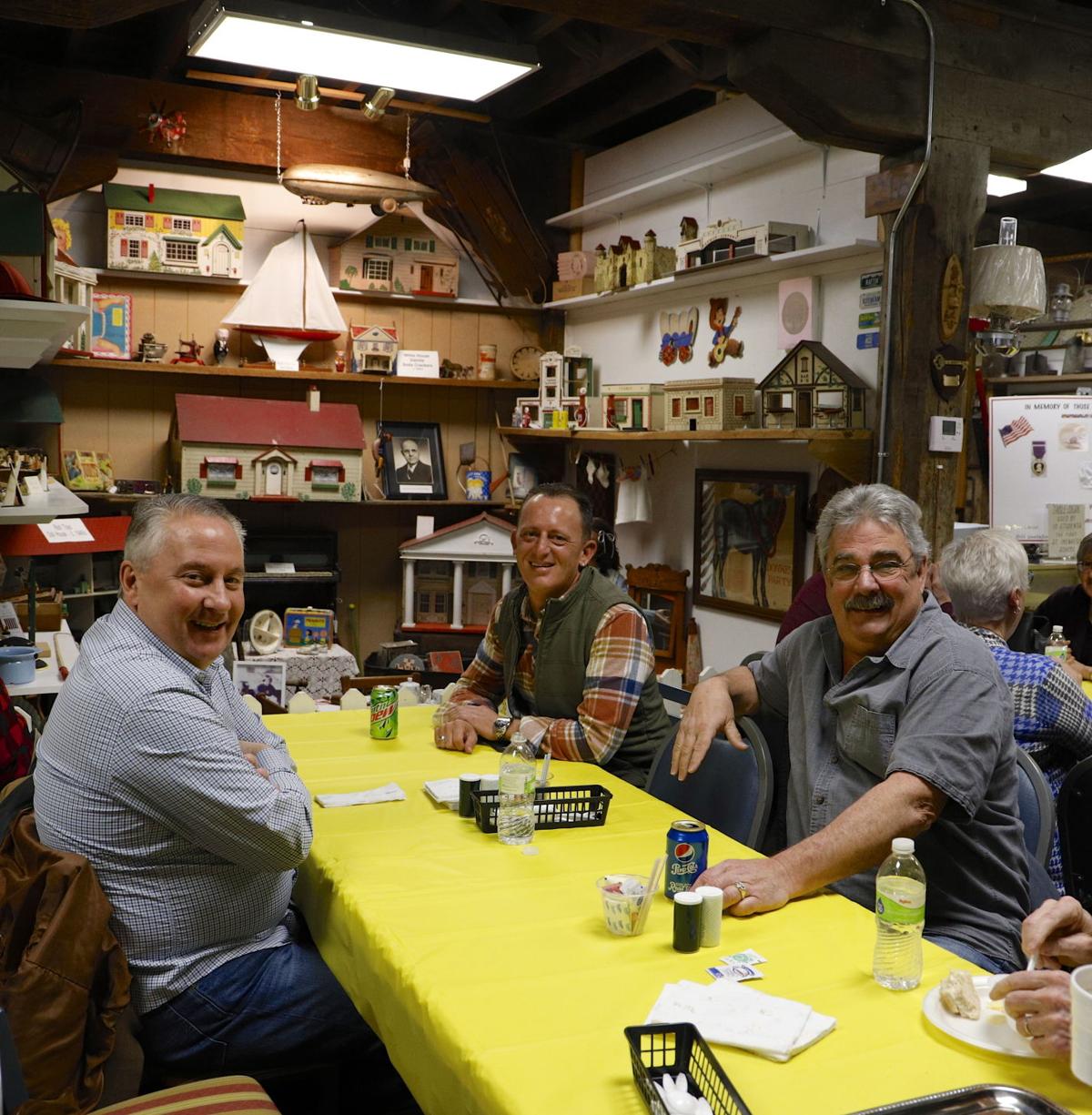 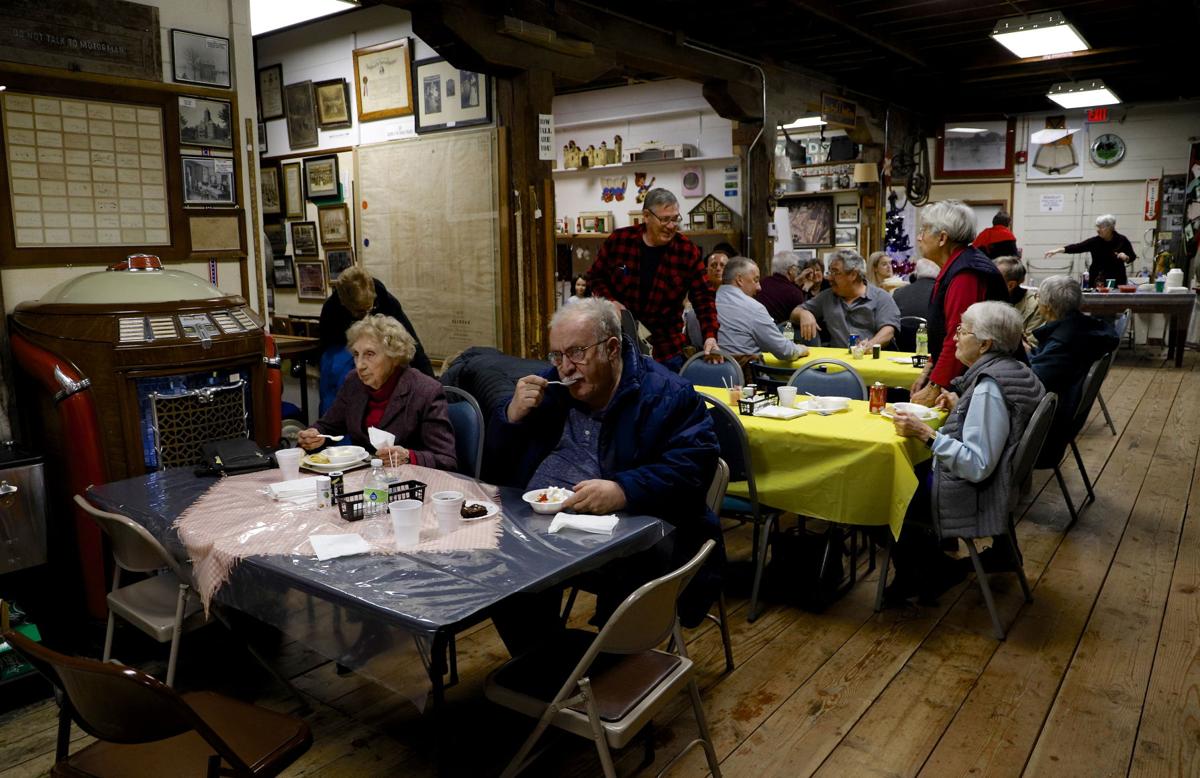 Patrons of the Clinton County Historical Museum pay for soup and sandwiches to boost the museum’s general fund during its annual luncheon.

From left, Jan Hansen and Sandi Christiansen serve soup and sandwiches at the Clinton County Historical Museum in Clinton on Sunday.

Patrons of the Clinton County Historical Museum pay for soup and sandwiches to boost the museum’s general fund during its annual luncheon.

CLINTON — A typical Iowa January, with a little snow and temperatures in the 20s, led patrons of Clinton County Historical Museum to warm up with soup and sandwiches Sunday.

The luncheon is usually a pretty good fundraiser, according to organizer Jan Hansen. The money raised Sunday will help keep the general fund healthy while other money donated to the museum is used to fix up the new addition.

The meal was made possible by museum volunteers, Hansen said. “We have wonderful volunteers.” Nine helped serve Sunday.

Among early diners at the soup and sandwich luncheon were descendants of the Rich toy dynasty from the early 20th century. “My mother’s folks were Maurice and Virginia Rich,” Scott Clizbe said Sunday.

Clizbe, his partner Kacey Vermaze and his brother-in-law Jim Patti ate lunch in front of the Rich Toys display at the museum.

Rich Toys settled in Clinton in 1934, according to a June 2019 article in the Clinton Herald. “At one point, they were the No. 1 toy maker in the county,” said Patti.

The Riches moved their toy factory to Tupelo, Mississippi several years later and eventually went out of business, Clizbe and Patti said.

The family created Clizbe Family Foundation, which gives scholarships to students attending Iowa State University and gives to non-profit organizations. In June, the Foundation donated $5,500 to the historical museum.

”This will go toward our second building on the property and getting things in there,” Hansen said at the time. The museum acquired the building just south of its main structure and is renovating it so stored items can be displayed in the extra space.

“We’re just trying to contribute to it and keep it going,” Clizbe said Sunday.

The family is “just trying to give away some money,” said Patti. “We got our share of it.” They figured they’d pass it forward.