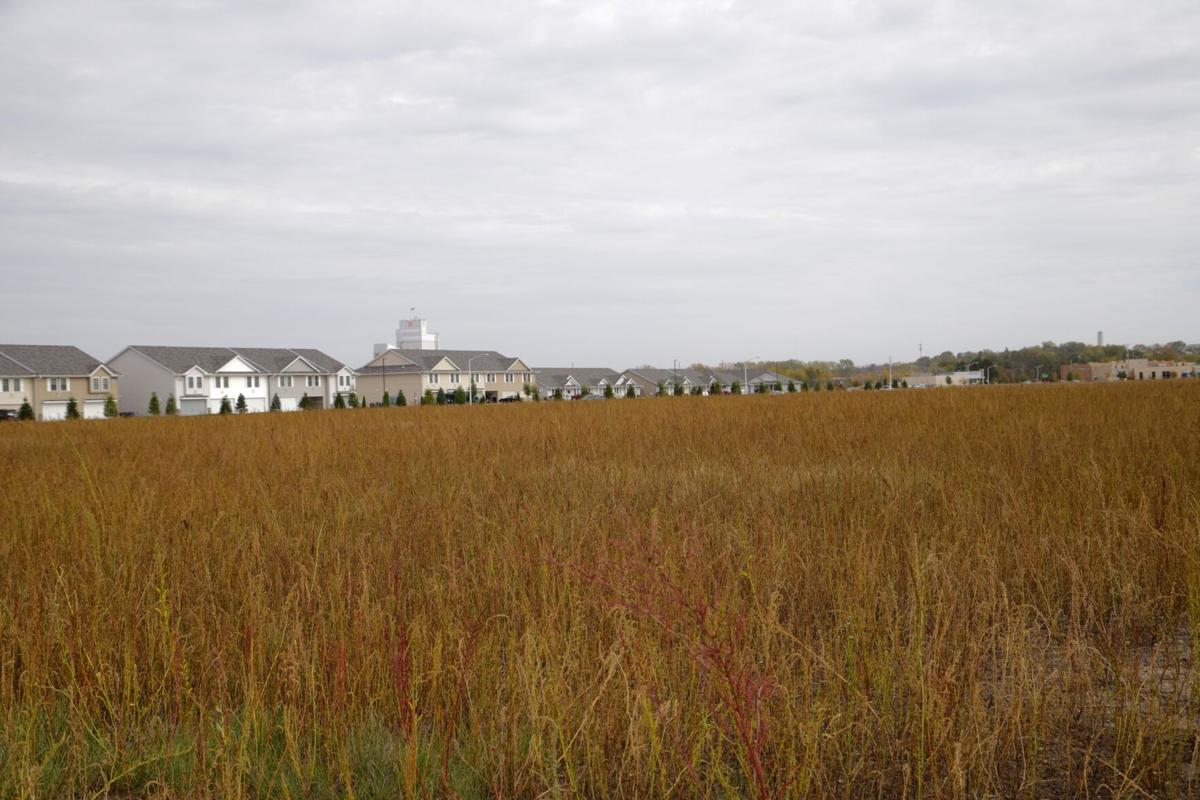 This field on Valley West Drive in Clinton will be a housing development in 2021. Diamond Builders will break ground this fall and plans to have townhomes available for lease in the spring.

This screen shot shows the plat of Valley Bluff Horizons subdivision across the road from The Landing Addition.

This field on Valley West Drive in Clinton will be a housing development in 2021. Diamond Builders will break ground this fall and plans to have townhomes available for lease in the spring.

This screen shot shows the plat of Valley Bluff Horizons subdivision across the road from The Landing Addition.

Woods and his wife Paula own Diamond Builders, based in Long Grove. “We’ve been parts of similar developments,” Woods said Wednesday. “This will be the first one we’ve done entirely like this on our own.”

Woods was introduced to the property on Valley West Drive across from The Landing Addition by Realtors Dan Jefferies and Steve Howes. The Realtors form Valley Bluff Corporation, which purchased the land on the west side of Clinton about 14 years ago.

They added infrastructure and sold the property in pieces to interested parties such as Wild Rose Casino and Resort, the Ford dealership, owners of The Landing housing development, Mercy Clinic and the bank, Howes said last month.

“One area that’s really taken off is multi-family,” said Howes. “The Landing was the first, and that’s worked out very successfully.”

“We’ve been looking for a place to do this, and Clinton looked like the place to go,” said Woods. “There’s a need there.

“Clinton was very welcoming and excited to have us. The [City] Council has been great to work with.” First Central State Bank of Clinton is backing the project, Woods said.

The city and state had programs in place and were willing to assist in the development of the land, Woods said. “They’ve made it simple.

“They just welcomed us with open arms. They were easy to work with.”

Woods plans to break ground before the end of the month, he said.

Woods will complete the development in stages. Homes in the first phase will be completed and leased in March, April and May, said Woods. The entire project will take about 2 1/2 years to complete.

Despite the COVID pandemic, Woods doesn’t expect delays. “We’ve actually got a couple of great supply chains.” He’s met challenges in some areas of building, but overall, 2020 has been one of his busiest years, he said.

Diamond Builders and its partners will construct 240 luxury townhomes, some two-story units and some single-story, the company said in a press release Tuesday.

The development will eventually include a community center, a large outdoor recreation area and a dog park.

Valley West is taking reservations for the first 56 units at www.vbtownhomes.com.