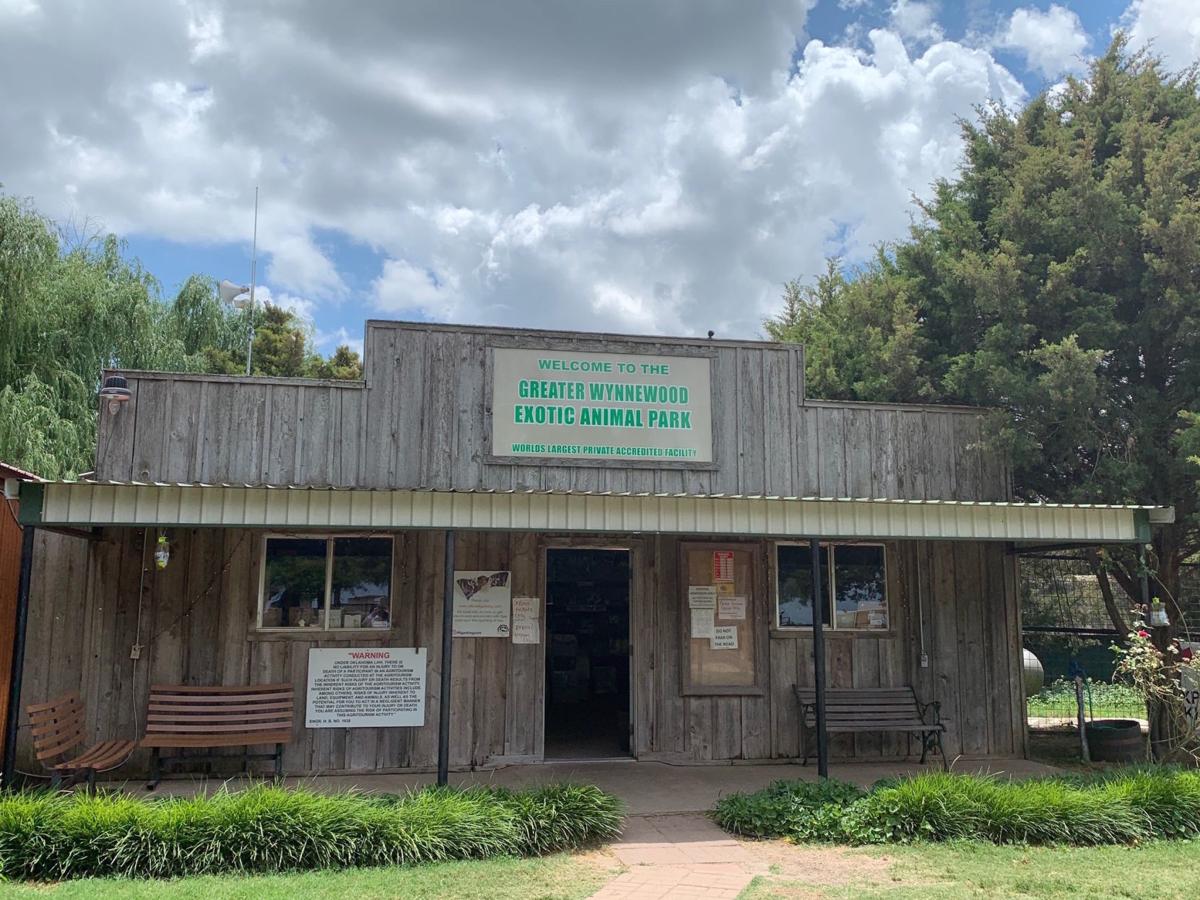 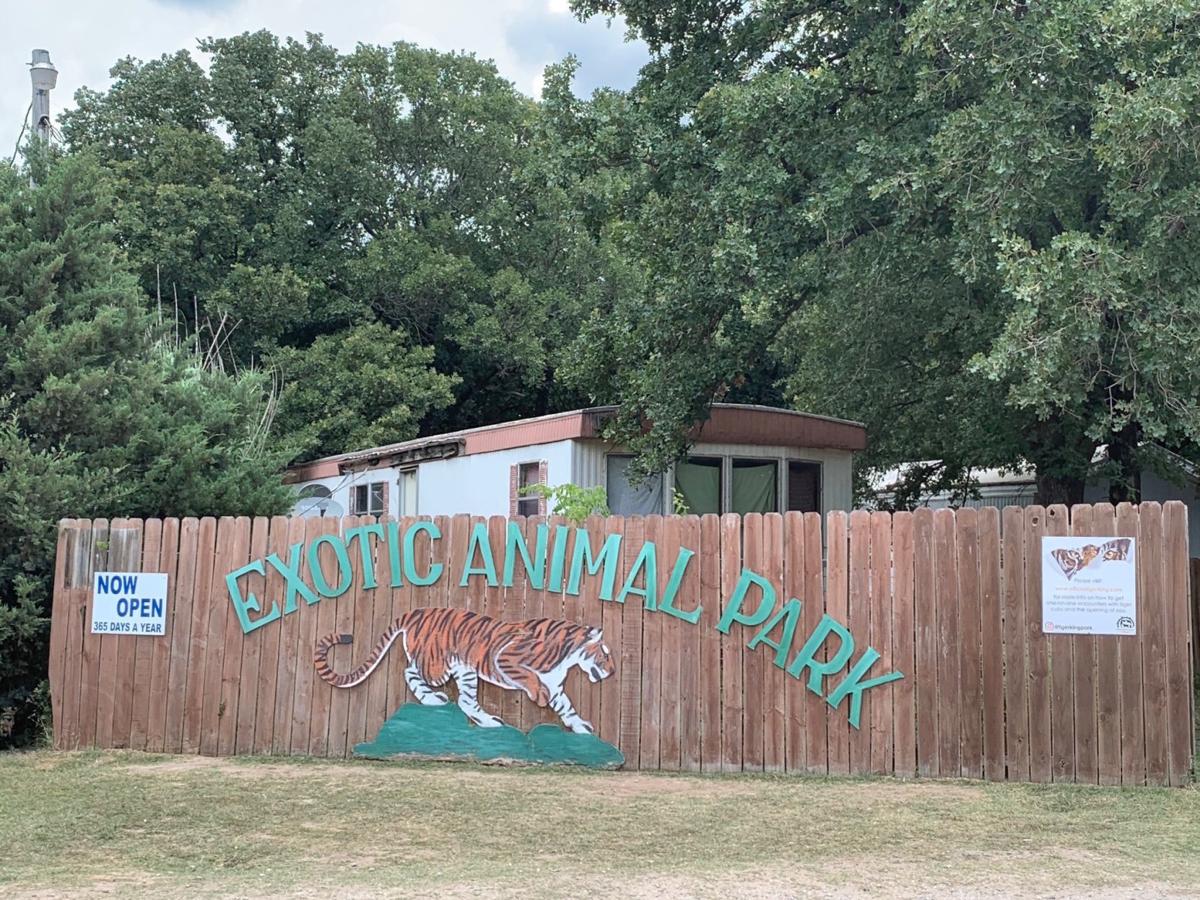 WYNNEWOOD, Okla. — Facing eviction and a hefty tax bill, the owner of an infamous tiger zoo said he’s moving his operations to southern Oklahoma later this year to begin his animal kingdom anew.

Jeff Lowe, the new operator of Tiger King Park, said in a statement that he’s building the “greatest tiger park” the world has ever seen directly adjacent to the world’s largest casino — WinStar World Casino and Resort. He said he plans to move the animals at the Wynnewood, Oklahoma, park to the new location outside Thackerville city limits, in Love County near the Texas border.

The new park is slated to open in September — around the same time Lowe must vacate the park’s current location in a rural part of Garvin County about 60 miles south of Oklahoma City.

Formerly known as the Greater Wynnewood Exotic Animal Park, the park vaulted to fame because of the recent Netflix documentary series “Tiger King: Murder, Mayhem and Madness,” which profiled the meteoric rise and fall of its eccentric former owner, Joseph Maldonado-Passage.

More affectionately known as Joe Exotic, Maldonado-Passage is serving 22 years in prison for two counts of murder-for-hire, in which he plotted to kill Carole Baskin, a Florida animal rights activist.

A federal judge recently granted Baskin, who owns Big Cat Rescue Corporation in Tampa, Florida ownership of the 16-acre zoo that has recently drawn fascinated tourists from across the country. The judge ordered Lowe to vacate the land within 120 days of the June 1 ruling.

The zoo also owes at least $50,000 in unpaid taxes, according to a lawsuit filed by the Oklahoma Tax Commission.

“We have tried to collect, so we filed a lien, because it protects the state,” said Paula Ross, director of communications for OTC. “They have continued to do business and collect trust tax, taking citizens’ money.”

The state agency is now asking a judge to close the park immediately.

“We don’t want to shut down businesses, but we filed this on sales tax, they are holding it, and local communities deserve that money,” Ross said.

According to Ross, the tax warrant is against Jeff Lowe and “Greater Wynnewood Exotic Animal Park LLC,” not the property itself, which means the debt would not transfer to Carole Baskin.

In addition to its tax troubles, the park is now under investigation by federal and state agencies including the United States Department of Agriculture and the Oklahoma Department of Wildlife, according to a statement from Garvin County Sheriff Jim Mullet.

The Garvin County Sheriff’s Department said it has received many calls regarding the Greater Wynnewood Zoo and the poor condition of some of the animals there. Injured animals are receiving veterinarian care in isolation by the U.S. Department of Agriculture (USDA), the sheriff’s office said in its statement.

According to a Garvin County Sheriff’s Department statement, the USDA removed a lion cub from the park, and a big cat was placed in isolation for medical reasons on June 22.

“If, based (on) the investigations, charges need to be filed, this office, along with the USDA, will submit charges. I know that our office, Game and Wildlife and the USDA are working hard to take care of these complaints.”

Wade Ferrar, assistant chief with the Oklahoma Department of Wildlife Conservation said his agency has received multiple complaints pertaining to animals and their cages. After multiple inspections, all of the native wildlife, such as mountain lions and bears, were in good condition and their cages were up to code.

Animal and Plant Health Inspection Service (APHIS), an agency of the United States Department of Agriculture, completed an unannounced inspection at the Greater Wynnewood Exotic Animal Park on June 22. APHIS will post its findings approximately 28 days after the inspection to allow the facility the chance to appeal.

But the continued drama swirling around Tiger King Park and the park’s sudden fame has had little impact on the neighboring town of Wynnewood.

Aside from coming into town occasionally to do business, there really wasn’t much of a connection between the zoo and the town, said Mark Lewis, a Wynnewood chamber member.

“Here in town, they haven’t had an impact on us at all,” Lewis said. “It’s like its own little world out there, so they stay to themselves and leave their drama out there. It’s really just the stigma of the town that is different.”

“During parades was about the only time we would see (Joe Exotic) in town,” Moore said. “He would come through in his limousine, especially when he was running for governor of Oklahoma.”

Wynnewood and its residents were largely excluded from the “Tiger King” documentary.

Cole and Erin Irvin, co-owners of Our Tribe Nutrition in Wynnewood, said they aren’t surprised many people feel like things haven’t changed much around town.

“To a lot of people from other places, especially after ‘Tiger King,’ Wynnewood is just a little town with a couple freaks on a hill,” Cole said.

Despite the lack of change, Erin said they are looking to capitalize from the documentary’s popularity.

“Our drink called the Exotic Tonic is in reference to the Tiger King,” Erin said. “We are hoping we get some business from that.”

The newfound fame from Netflix series is drawing tourists from across the country.

Yu Zhang and Yadi Yui, came from Rhode Island and New York, on their way to California for a job when they decided to stop at the zoo.

“This was not part of the original plan,” Zhang said. “We saw the (documentary) and decided to stop off and check it out. (We) probably won’t go to the park, but we wanted to get a few pictures.”

Vincent Po, an Edmond, Oklahoma, native, was on his way to Dallas when he decided to stop in Wynnewood to check out the zoo. Po said he wanted to make sure that the park and its animals weren’t exploited.

“You can kind of tell from the hesitation in my voice it’s a strange experience,” Po said. “I’ve seen clips around the internet, but actually haven’t watched the show. It seems like the animals are doing at least all right in this environment, or as well as they can. It is very interesting to take a look at.”

Po said he grew up going to the Oklahoma City Zoo and after visiting the Wynnewood animal park, he noticed a lot of differences, particularly the lack of polish and presentation at the Wynnewood park.

“It actually feels kind of absurd to be visiting a place like this with everything else going in the world right now,” Po said.

James "Jimmy" Heath Sr., 73, formerly of the Clinton area, died July 25, in Waco Texas. He is survived by sons Tom and Jim; and sisters - Sally Schaaf and Diane Dethmann. Arrangements are pending.