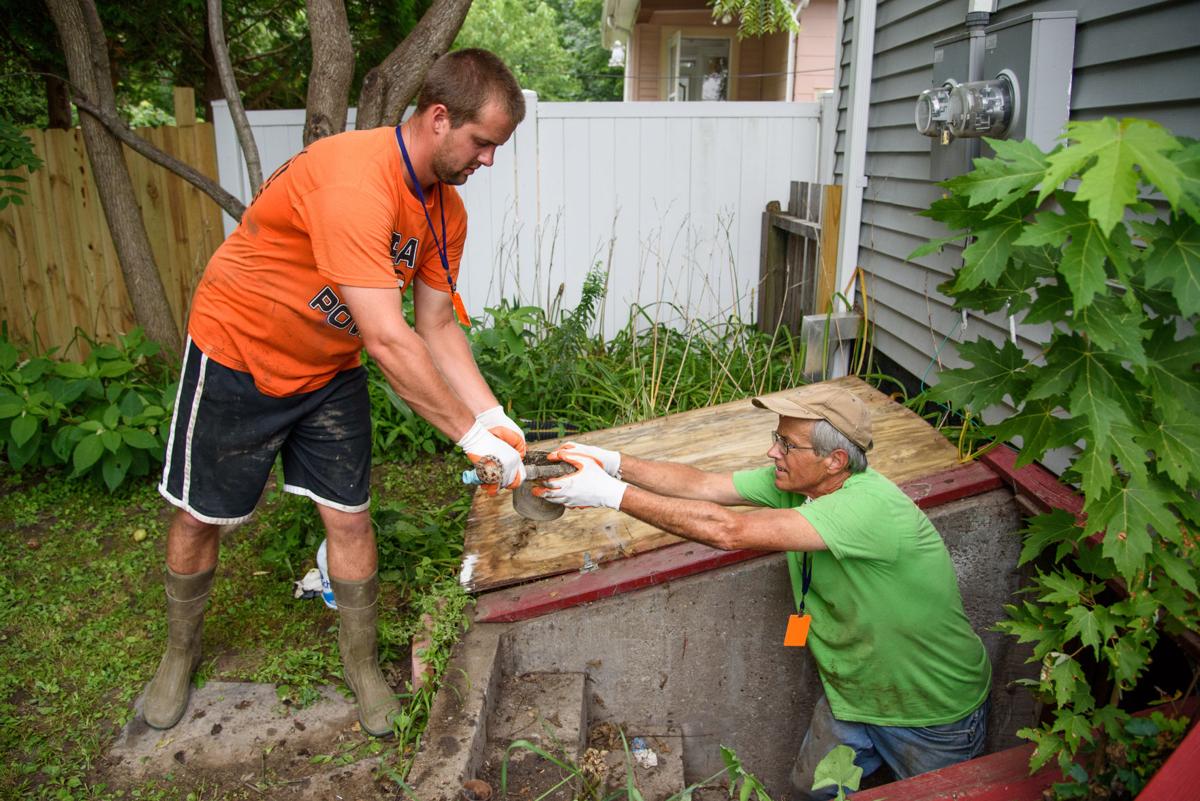 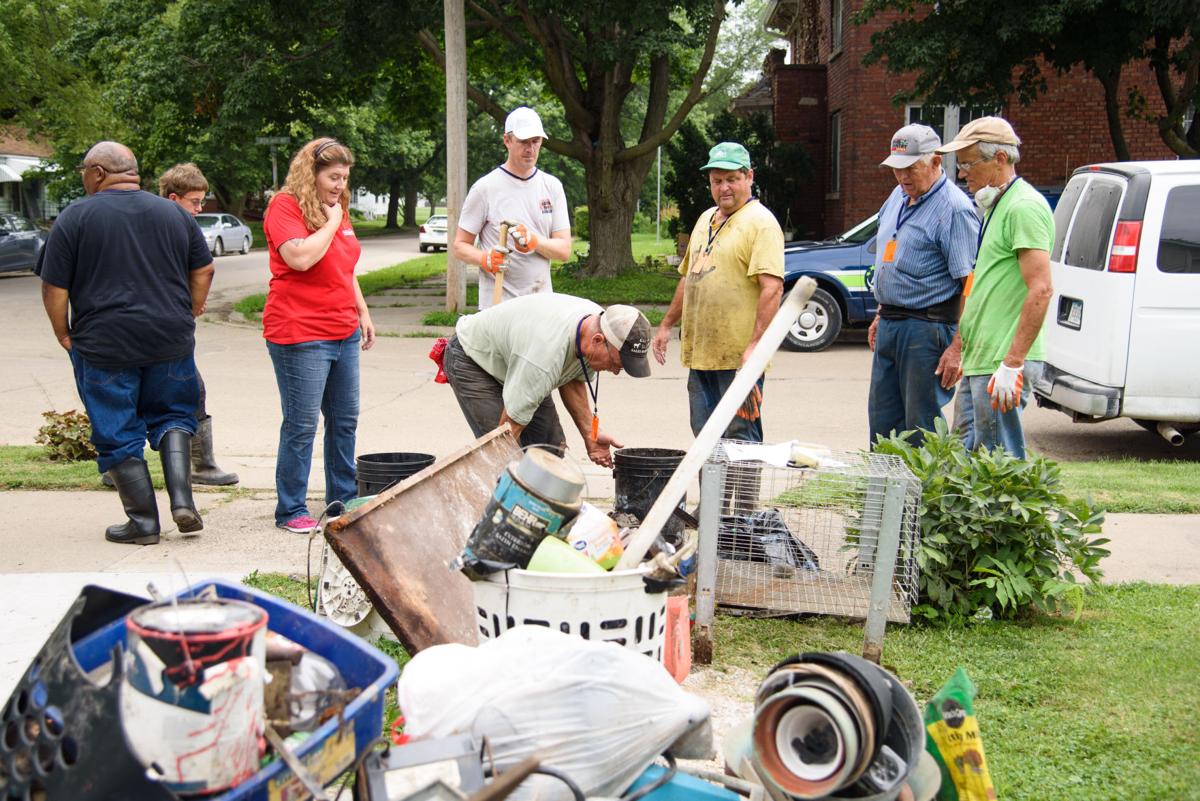 The group of 13 people was from Kalona and the surrounding area from Mennonite Churches. Ted Redding, the coordinator for the Iowa Unit, said they come to help wherever it is needed.

“We tend to cater to older, handicap and low-income population,” Redding said. “Today we cleaned out basements and scrubbed them down.”

Danica Baker’s house was one worked on today, and for her, the volunteers saved around a month of weekend cleaning.

“I’m a single mom so it would have taken a month of weekends of work,” Baker said. “Those guys had it down pat. I really appreciate what those guys did.”

Baker’s house had around a foot of water and she said while she often gets a little bit of water, this last weekend was overwhelming. Baker is waiting to hear back from the state disaster funding for potential replacement of her washing machine and dryer. The work Wednesday, according to Baker, accelerated her timeline quite a bit.

Redding said the group was only expecting it to be one day and they will have gotten through the list of households that had contacted Clinton County Emergency Management for help.

According to their website, the Mennonite Disaster Service, “is a volunteer network of Anabaptist churches that responds in Christian love to those affected by disasters in Canada and the United States.” Redding said the way the group works is each Mennonite Church has a contact person for Redding and then that person will put out a request to their members.

He said Wednesday’s group was from three churches in the Kalona area.

After local calls for volunteers went unanswered, a phone call here and there from Chance Kness, the emergency management coordinator, and they were put in touch with the MDS.

“They deserve a lot of credit for helping these people out,” Kness said.

Flooding this past weekend dropped five-plus inches of rain all over Clinton and for many that meant water in their basements. A call center set up by Clinton County Emergency Management had around 20 households call for potential help from volunteers.

Kness said that by Wednesday when the volunteers arrived, many had started the process of getting things back to normal.

“It was a huge help to have people who know what they’re doing helping people clean out destroyed items and helping families avoid mold,” Kness said.

Also assisting were the American Red Cross, and Nicole Breitbach, the executive director for the Northeast Iowa branch, said they were helping make sure volunteers were well fed and also assisting families with cleaning supplies, rakes, shovels and food/water.

She said those who had flooding and may need cleaning supplies or other items related to cleanup can call the local Red Cross at 242-5223.

Articles appearing in the front page of the Clinton Herald on July 27, 2017.

Beverly G. Ilg, 87, died May 6, 2021, at Bickford of Clinton. Visitation is at Grace, DeWitt from 9:00 until the service at 11:00 a.m. Monday. Burial is at Elmwood Cemetery, DeWitt. Complete obituary at www.schultzfuneralhomes.com.