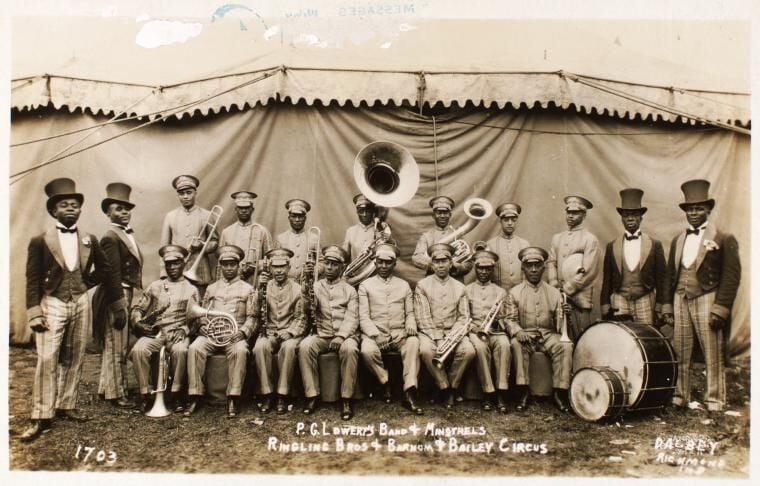 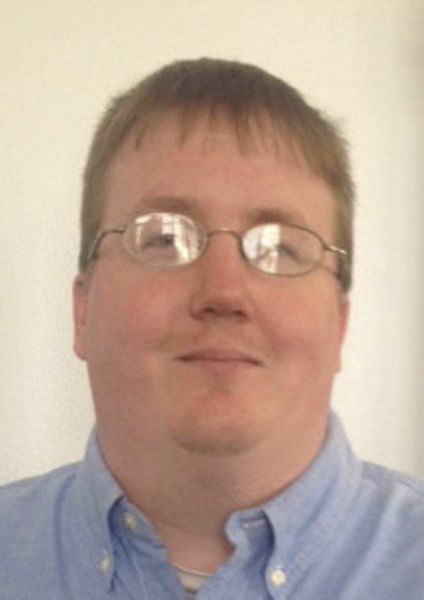 Every year I set out to write a Black History Month article and usually finish it in March. With the weather, I think I finally made the deadline. For Black history, the Iowa Bystander is a great way to hear Clinton’s Black voices, as their voices were not featured in the local papers. Of interest is the changes brought to the Black community after the closing of the mills.

In 1894, the Bystander showed the struggle of being Black in a Depression town. With the Panic of 1893, the mills cut their workforce, closing employment to immigrants and Blacks. The depression meant no houses to paint, no clothes to wash, and no goods to sell on the streets. Few Blacks found work in Clinton. Not surprising then, 1894 saw the Black community create a political club with 40 members. Their efforts generally went to voting in Republicans like George Curtis.

In the same year, the Bystander celebrated the marriage of Eliza Anette Brown to H.W. Pinkard, as it was one of the prettiest weddings ever seen. This is a fun note as in Clinton’s papers only the Lambs ever seemed to have a pretty wedding. Sadly, four years later, Eliza passed away. Even more devastating is that she was the last of a family of seven, all having passed away in a short period.

In 1895, a gang of 50 “tough looking characters” operated a den of thieves off one of Clinton’s river islands. They broke into white and Black houses and businesses alike. The gang also thieved up and down the river. Hard to believe that a little over a century ago you could make a living being an island pirate on the Mississippi. In contrast, the River, while segregated, was still a space that provided freedom for local Black families to have fishing parties.

In 1905, the Clinton theater hosted Williams and Walker. They were the leading Black comedians of the day. Interestingly, Marvin J. Gates, a Lamb descendant, was a co-owner of the theater. The theater also hosted medical days providing free medical services. In 1906, Cole and Johnson appeared to present their play, “Shoo Fly Regiment.”

The play was the first African-American operetta. It was set during the 1890s. It is the classic tale of a soldier going off to war in spite of his teaching career and fiancée. His fiancée returns the ring, but when he returns a war hero, she marries him. Clinton had a famous Black Spanish-American war veteran, Henry Duke Brown. He was with the 49th US regulars and a non-commissioned officer.

The biggest footnote of the play is that the playwrights were J. Rosamond Johnson and his brother, James Weldon Johnson. They wrote the NAACP anthem. While the article made it seem like the Johnsons were here in Clinton, that ambiguity also conjures up the question of whether Louis Armstrong played on the shores of the Clinton as the boat Sidney came up river. My resources can’t verify that JW Johnson or Louis Armstrong were actually here, but, well, how cool! We had Garth Brooks before he was famous and perhaps Louis Armstrong as well.

Bystander is full of two local names though, the Culbersons and the Bushes. Mo Culberson attended Wilberforce. Carrie Bush, in 1898, found great success in publishing a marching piece, “Vincit.” In 1913, the Bystander celebrated Anna Culberson and Genevieve Bush attending high school. Fred Slater went with Curtis Bush to Iowa City in 1921. Fred, of course, is the demon tackle that was tripled teamed in the Farmer’s Game between Iowa City and Ames. Fred had a brother, nearly as good as him, who played high school football as well at CHS. Nearly is a canyon nearly all of us still look up from.

Bystander also is a great way to look at the successes of local Black businesses. In 1901, they reported that the Billy Allen Clinton Pantitorium moved to a larger building. I had to google such a word. There wasn’t much reported, but the few pictures I saw made it all make sense. The business, in limited sample size, was a Black business in the white world. You went to get your pants pressed and other dry cleaning-like operations. We had a Chinese laundry service in 1880. Women of all races also ran laundries.

Billy Allen was an ever-present Clinton Black businessman. In 1899, Billy Allen expanded his building to accommodate his shoe shining. He also built a new stand. By 1918, Billy Allen was now a junk dealer taking beer bottles, useless medicine bottles, and junk. However, our Billy Allen had passed by then as there is reference to his Civil War veteran’s widow Mrs. Billy Allen earlier in 1918. In 1914, he moved his pantitorium to an address that was the same address as the Billy Allen junker.

To be a northern Black in the years prior to the Great Migration meant constant travel. Sometimes permanently to the West Coast, but there were always advertisements for special Chicago & Northwestern rates to get to Chicago, St. Louis, Memphis and other southern towns.

In 1906, Clinton went dry on Sundays and slot machines were removed. Bystander didn’t seem too sad, as every issue is full of the church proceedings, the visiting pastors, and social groups created by women to talk about current events.

In 1908, Elizabeth Fairfax passed away. I’ve seen many references to her “lonely” life, which is well odd. She literally came to Clinton in a crowd with the 26th regiment. When she did not attend Easter service, her church found her passed away in her cottage on 3rd Avenue. At the funeral, Professor WL McArthur sang “The Great White Throne” as he promised to do 10 years prior. Her pallbearers were three Black men and three white men from the G.A.R.

She had a surviving daughter, Mrs. William Smith of Evanston, Illinois. She regularly spent months in Chicago. She went to multiple G.A.R. camps around the country like in Buffalo, Pittsburgh, and Cleveland. She had her taxes abated in the 1880s, and they did raise funds for her to attend encampments. The question is what does an elderly white woman do in the 1800s, let alone an elderly Black woman. Yet, when she died, she was ready. She prepared her clothes, set aside $200 in precious metals, and wrote a note with instructions.

In 1915, Clinton constructed a playground that only allowed Black children to play from 7 a.m. to 10 a.m. on Sundays, obviously church time. So the Black community urged their fellow citizens to not go to the playground. This portend of things to come saw a brief pause with World War I.

In April of 1917, all of Clinton, 10,000 citizens, showed up to the loyalty parade. In June 1918, the Black bands joined the patriotic marches. On Armistice day, Clinton’s floats had a Black quarter float playing to the crowd that started at 1:45 a.m.

In the beginning of 1918, many Black people were on the sick list at churches. Throughout 1918, there are numerous stories of sudden deaths. Young couples were suffering for weeks of severe colds.

In 1918, PG Lowery’s Band & Minstrels played in Clinton. Perry George was a cornetist who rose to fame playing in white circuses and helped pave the way for many Black bands to tour the country. In 1919, Jake Brown returned to Buxton, Iowa after visiting his father-in-law WW Williams. Buxton was a brief Black utopian mining town that was at the end of its steep decline.

By January 1921, Wm Monroe Trotter, of Boston, addressed the community at Bethel AME Church. He was a national rock star, meeting with President Wilson, and battling the movie “Birth of a Nation.” It was in Clinton that the Iowa Masons took a stand against the KKK in their ranks. Yet, the nadir would deepen in the 1920s and into the 1930s. The Bystander became a leading combatant of the Iowa KKK.

Matt Parbs is the director of the Clinton Sawmill Museum.