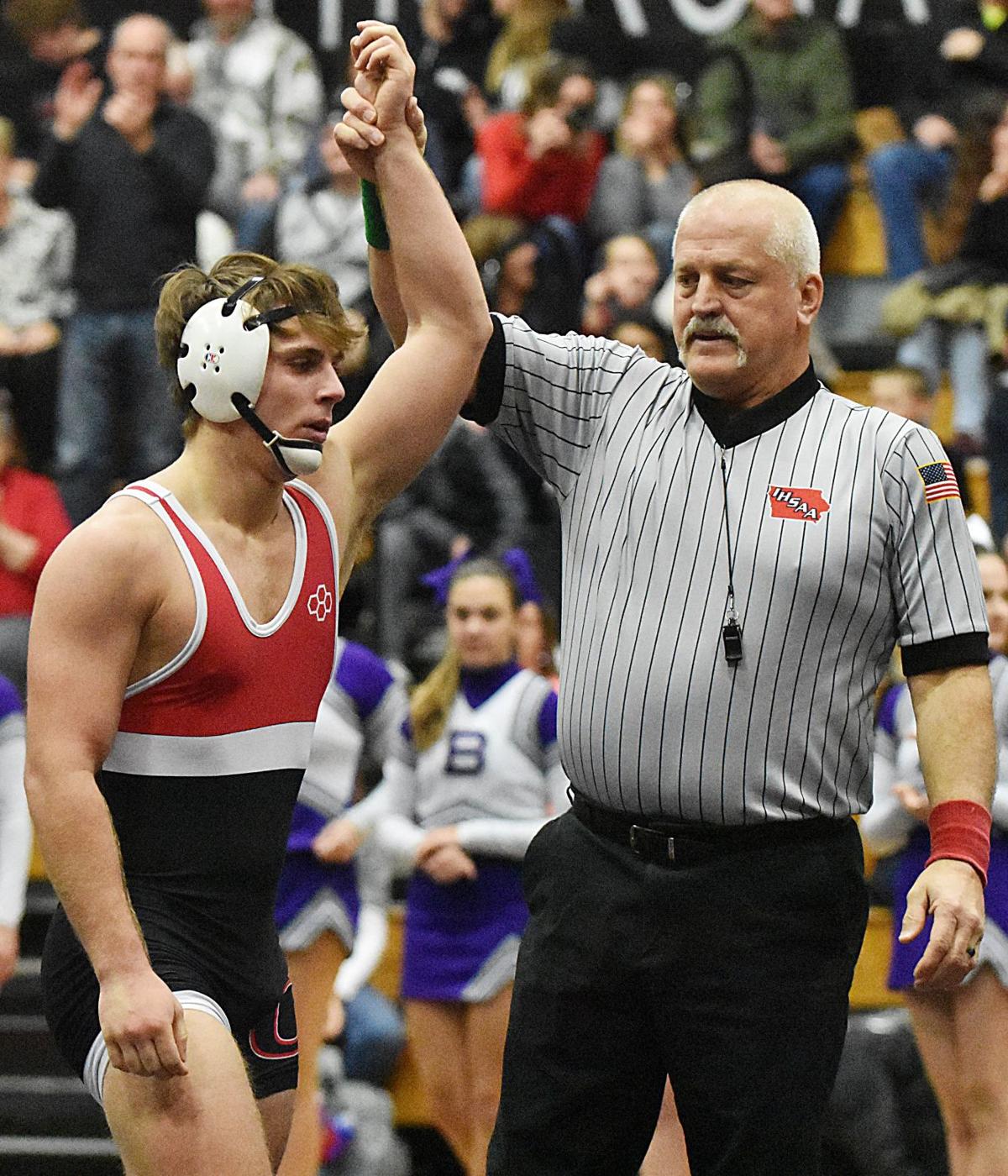 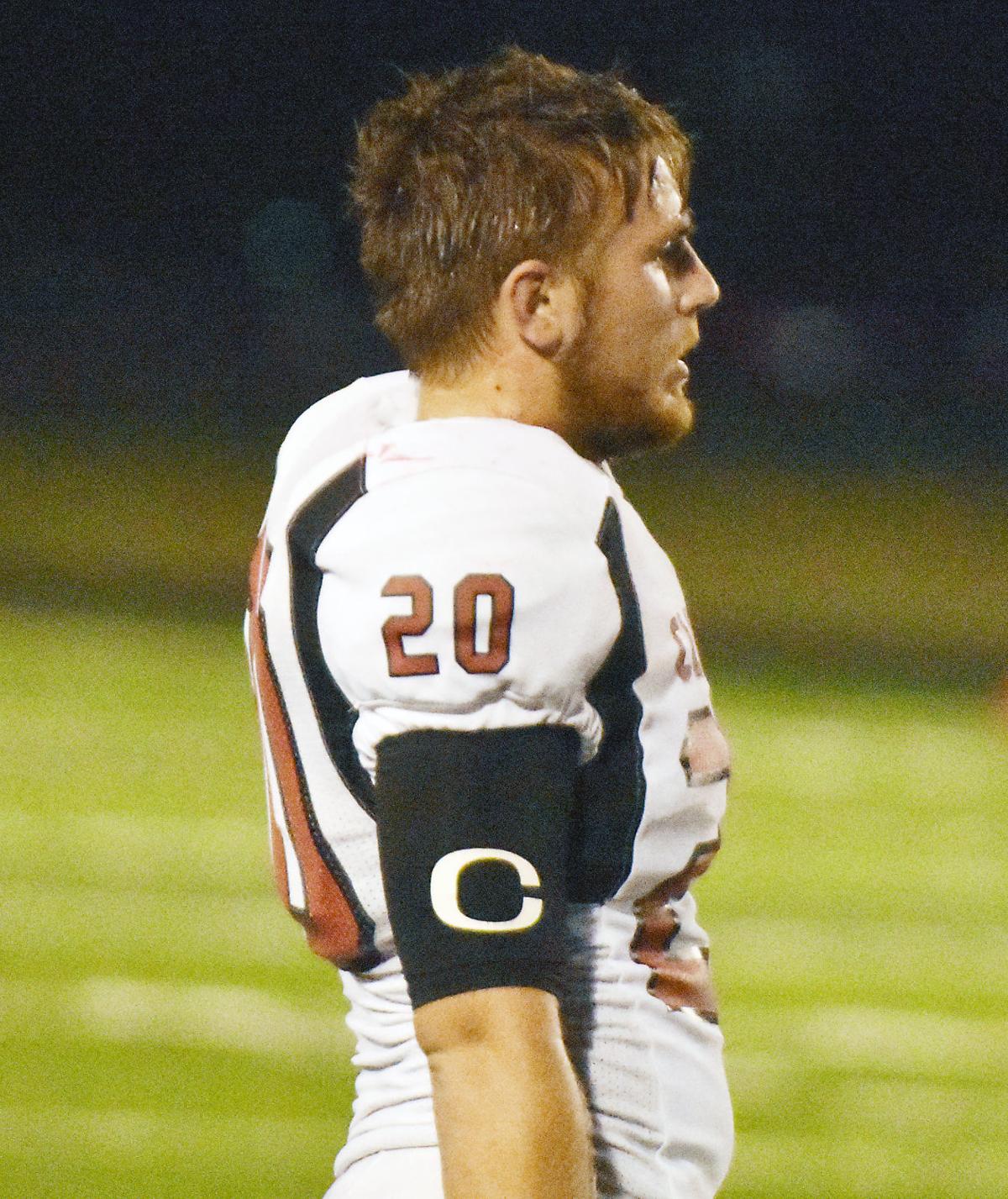 Carie Kuehn/clinton Herald In this Herald file photo, Clinton senior Jasper Lurckritz looks on from the sideline after coming out of a road game for the River Kings.

Carie Kuehn/clinton Herald In this Herald file photo, Clinton senior Jasper Lurckritz looks on from the sideline after coming out of a road game for the River Kings.

Senior year didn’t exactly go the way Clinton athlete Jasper Luckritz had planned, and it wasn’t just because of the coronavirus.

In fact, the coronavirus didn’t affect him like it did other athletes in the school. Instead, he was faced with multiple injuries that he had to battle through, in both football and wrestling.

“I once had a coach tell me that attitude is everything so that’s how approached my injuries,” Luckritz said. “It was definitely an unfortunate turn of events no athlete wants to be hurt especially during their senior year, but instead of feeling sorry for myself I just looked to the positives and tried to find ways that I could help my teammates.”

Luckritz was a defensive leader for a young River Kings team. The Clinton defense had a number of upperclassmen who kept teams at bay for much of the game, but also had to lead a sophomore-laden roster.

Just a couple of games in, Luckritz went down. He was out with a concussion for the thick of the football season.

He made it back for the last couple of games, including senior night. That shot him into the winter season where wrestling was waiting for him.

Luckritz, a 170-pounder, once again was a senior leader on a young River King squad. This time, he had goals in mind. He had yet to qualify for the state wrestling meet and it was something he had been looking forward to.

However, once again he was struck down. This time, it was season ending.

It certainly wasn’t easy for Luckritz, a ssenior watching from the sidelines. However, he knows that it taught him a lot about himself.

“Being injured taught me a lot of things about myself that I probably wouldn’t have realized if it didn’t happen,” Luckritz said. “It taught me what it was like to truly be a leader on and especially off the field. I couldn’t let the situation get the best of me, I had to put my issues behind me to help the betterment of the team.

“It also gave me the opportunity to step back and see the whole picture from a different point of view. The most important lesson it taught me was that I can only control myself.”

Part of that was confidence he has gotten from his time as a River King. Luckritz is a quieter type who has evolved to become a leader by example on the field. What he’s learned helped him handle his injuries with grace and leadership. He was there for every competition, sporting the red and black and cheering on the teammates.

“The past four years have been an unforgettable experience,” Luckritz said. “As a student athlete I’ve been able to be very involved with the school and the community. Many of the faculty members have provided me with much guidance and knowledge to grow as not only a person but as an athlete. They’ve taught me how to push through adversity, trust the process, and give it my best everything I do.”

It does give him a little more motivation, though. Luckritz still has baseball to look forward to, and all of the River Kings have expressed hope that they’ll be able to play an abbreviated season as restrictions continue to be lifted across the state.

Maybe more important than that, Luckritz has committed to being a dual-sport athlete at Central College in Pella, Iowa. Ironically, he’ll be playing the two sports he had cut short this year next year for the Dutch.

“I always knew I wanted to play a sport in college but I was never sure of which one,” Luckritz said. “At first I was focused on baseball and wrestling but throughout high school I started to enjoy football more and more. After meeting those coaches at Central I knew they were the type of guys I’d run through a brick wall for. I still plan on keeping baseball on the back burner though with what’s happened in other sports.”

Moving from a quiet underclassman to a senior leader was a process for him as a River King, and he expects that journey to continue as he moves on in his athletic career. That’s why he’s not shy about having lofty goals with the Dutch.

“The ultimate goal is ... for the team to be holding a trophy or raising a banner at the end of the season,” Luckritz said. “My personal goal is to be an All-American. Not reaching some of my goals in high school just adds fuel to the fire to accomplish this and I know that Central is the place that will help me achieve this.”

Plus, the adversity he’s experienced this year has given him an extra level of motivation and the knowledge of what it takes to set himself apart.

“Having my injuries happen senior year definitely gave me more motivation for my college athletics,” Luckritz said. “Not being out on the football field or the wrestling mat showed me how much the sports mean to me and grew my love for them. Not having the seasons go the way I had planned motivated me more for college, I know I have more left in me and I still have goals to reach.”