Camanche senior Jordan Lawrence — a multi-sport athlete who participated in football, basketball and track and field — battled various injuries and used relentless training to come back and exceed on the field, on the court and on the track. 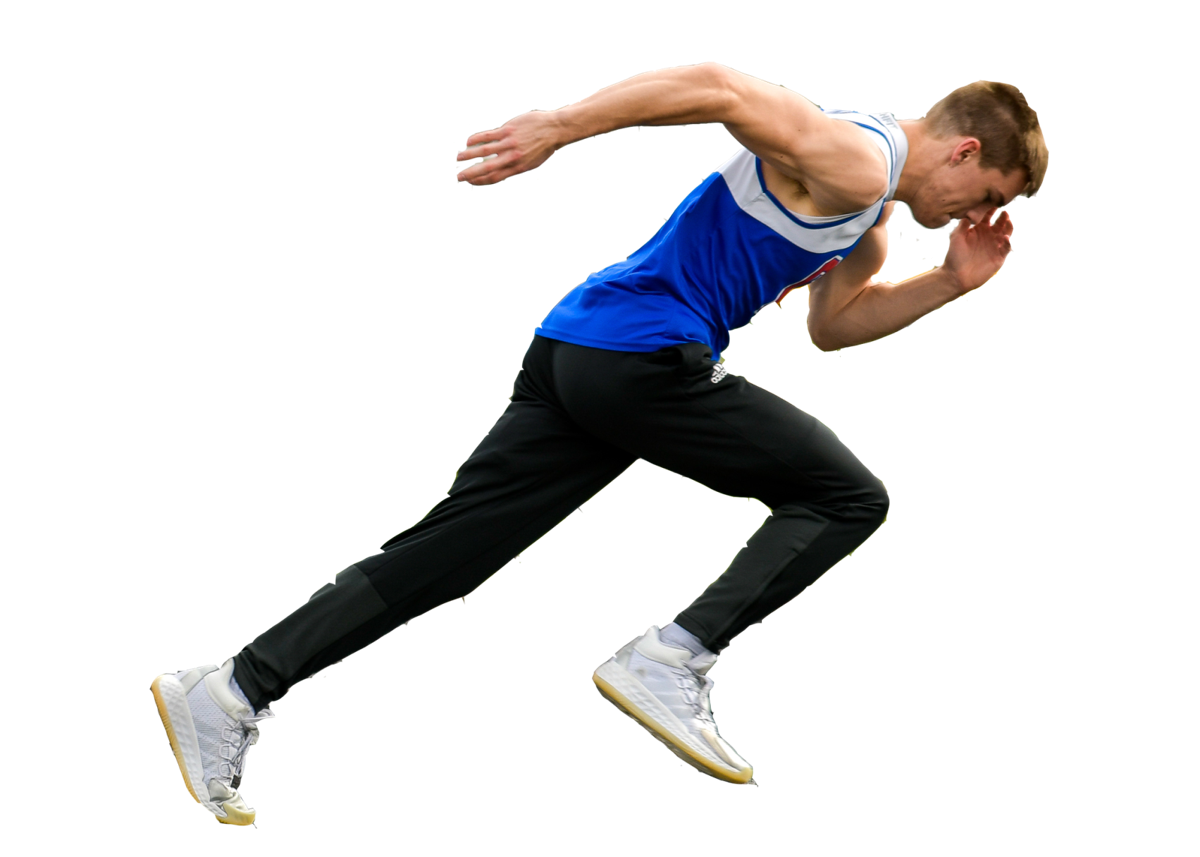 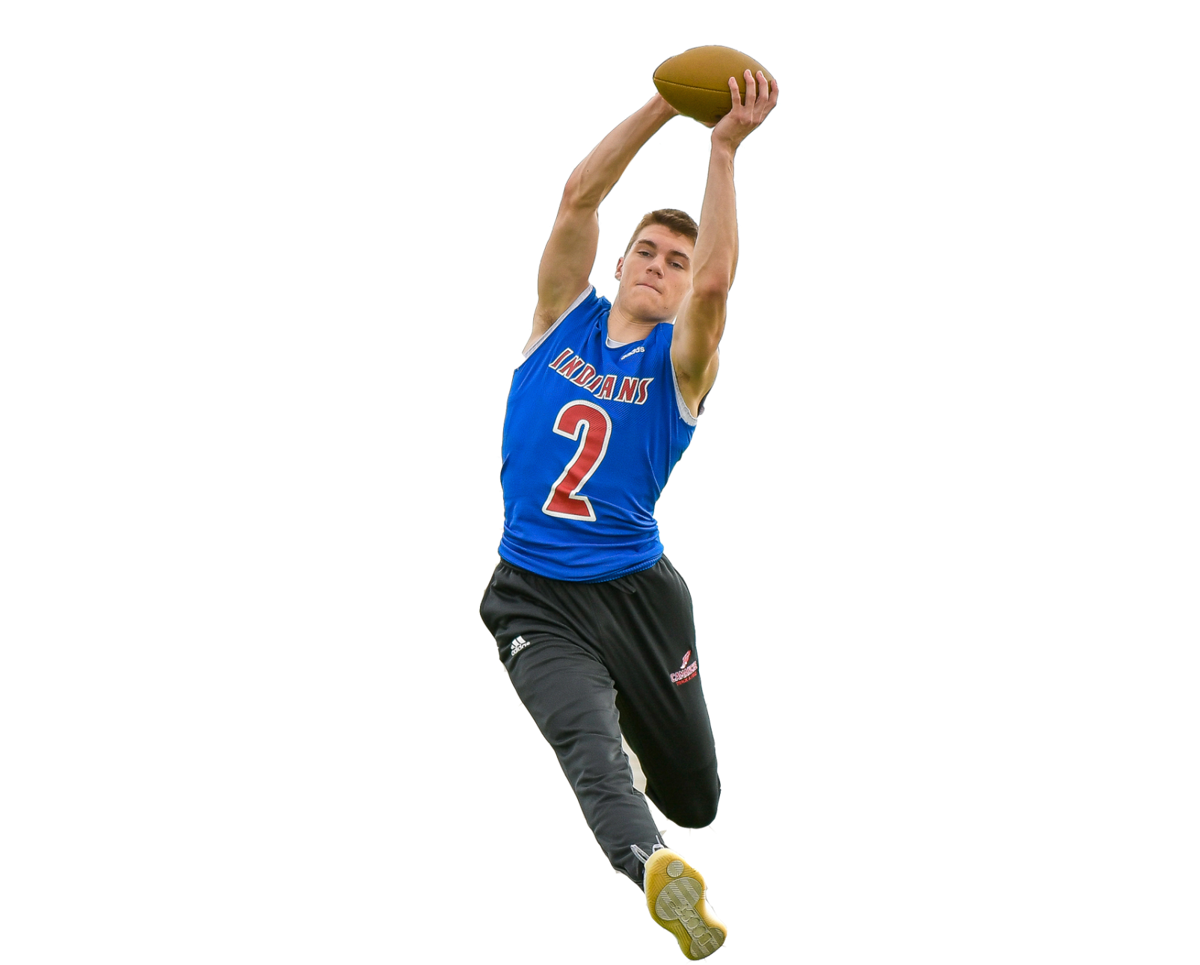 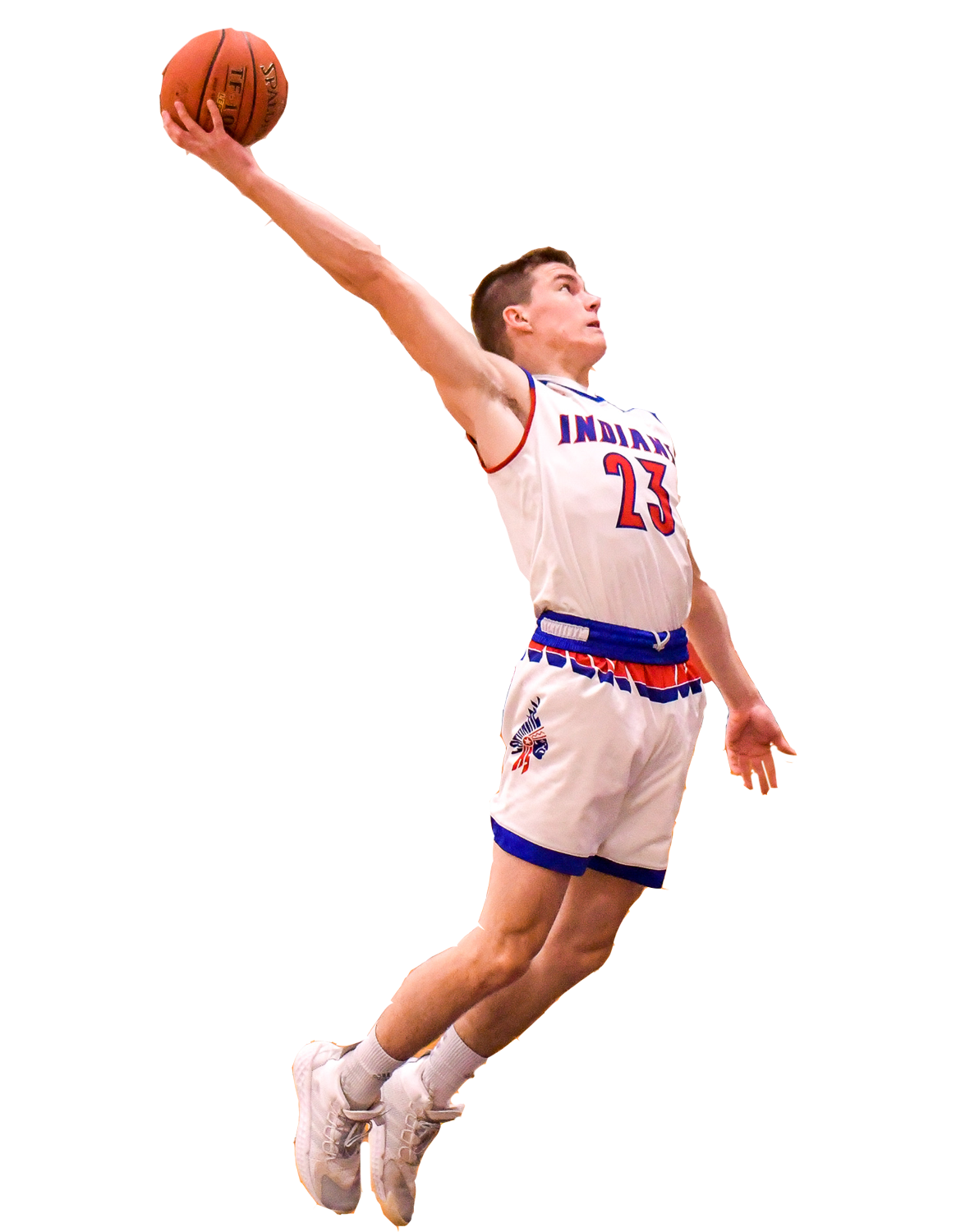 Camanche senior Jordan Lawrence — a multi-sport athlete who participated in football, basketball and track and field — battled various injuries and used relentless training to come back and exceed on the field, on the court and on the track.

Walking through the basement of the Lawrence home, one will come across a personal basketball court and gym — built by the Lawrences themselves — with several posters of Bulls’ legend Michael Jordan adorning the walls.

Sean Lawrence will tell how, in one of the posters — the legendary photo of Michael Jordan hitting the game-winning jumper in Game 6 of the 1998 NBA Finals — a kid in the crowd wearing Bulls’ gear can be seen holding up six fingers, predicting the number of rings Jordan would have as the iconic shot hit the bottom of the net.

Appreciation for “His Airness” runs deep in the Lawrence home.

So, the name for their youngest son was only fitting: “Air” Jordan Lawrence.

Just as the kid in the crowd at the ‘98 finals predicted the championship win, it’s as if Sean and Jordan’s mother Andrea Lawrence predicted their son’s future athletic prowess.

Jordan, a senior at Camanche, wowed spectators with high-flying, athletic catches — doing so with a broken hand for some of the year — during the football season. During basketball season, he was frequently the subject of Twitter videos showcasing him dunking on other high schoolers who clearly didn’t get the memo: stand out of his way — or pay the price.

Now, he’s in his senior track season, the swan song for his high school athletic career. Then, it’s off to Grand View University, where he’ll compete in track and football.

“It’s good that I get to go out playing a sport that I love,” Lawrence said. “I’m glad we’re even getting this season. Last year was canceled due to COVID, so I’m thankful to have one last season to be able to compete.”

Though his time in high school will end, the legend won’t.

There’s only one, “Air Jordan” in Camanche, Iowa.

Jordan Lawrence’s athletic ability didn’t happen without a lot of hard work. He knew early on in high school he’d have a chance to capitalize on some serious potential.

“I was pretty athletic,“ Lawrence said of his freshman year. “At the time, I thought I was probably more athletic than I actually was, but seeing how I’ve progressed through even from my freshman to sophomore year, I’ve gotten better. Looking back from football videos of me running, maybe scoring a touchdown, until now — I’m way more athletic and way more developed than I was back then.”

Lawrence is constantly setting new goals and benchmarks for himself, testing his athleticism via various performance drills.

“I don’t normally have a whole lot of time off,” Lawrence said. “When I do, I don’t really like it all that much because I feel like I’m getting behind or someone else is getting ahead of me. I don’t like that feeling. I’m normally doing stuff in the offseason, whether it’s for that sport or just overall athletic.”

Unfortunately, a lot of his time was spent recovering from fairly serious injuries. His freshman year, he couldn’t run track because of torn tendons in his ankle. In the second-to-last game of his sophomore football season, he tore his ACL. Exactly a year later, he tore his meniscus in the same surgical leg.

Rather than sit and pout in his basement, staring at posters of Michael Jordan and wondering what might’ve been, Lawrence used the setbacks to his advantage as much as he could.

“Every time I came back, I felt more explosive, faster, could jump better — it was almost a blessing in disguise,” Lawrence said.

He still has to manage his injuries, but he said he’s felt great his senior year.

“I do less now,” Lawrence said. “Earlier on, more recently after I got it repaired both times, I’d kind of get sore here and there, but it’s actually felt really good my senior year.”

For his ACL and meniscus tears, he was put under anesthesia. In addition to all of the videos of him dunking, equally entertaining videos of him coming out of surgery exist.

“There’s some videos out there of my family members making fun of me on (anesthesia),” Lawrence said, laughing.

ANATOMY OF THE PERFECT JUMP

Most of Lawrence’s highlight videos come from basketball.

Lawrence trains with the Athlete Development Project at the TBK Sports Bank Complex in Bettendorf. The last time he tested it, his one-and-a-half step vertical was 44.5 inches. He said his max vertical is probably a little higher.

When it comes to jumping, there’s a right and wrong way to do it, as well as some personal preference.

“I don’t like to have a really long time to try and get up to full speed,” Lawrence said. “Maybe if I have a few steps — maybe not even 30 feet running. I’m a two-foot jumper, so I just lower down, get my arms swinging back and I just explode up with my arms flying up into the air.

“If it’s a dunk, I’ll try and dunk it. But if not, I just try and extend everything and explode off the ground.”

He said a big running start can actually be counterintuitive to a successful leap.

“If I’m going full speed from a long distance, I feel like I have to take more muscles and energy to slow down, rather than just gather myself and power right up,” Lawrence said. “Maybe from like the three-point line in is where I like to start.”

With all of his jumping prowess, one would think he’d have given hurdles a try.

“No, I’m afraid of hurdles,” Lawrence said, laughing. “I’ve never been a hurdler — I haven’t had much track experience, period, because of my injuries and COVID. One of my sisters was a hurdler and I saw that, and I was like, ‘Nah, I’ll pass on that one.’”

While he doesn’t have to dodge hurdles, he said there are things he watches out for on the comedown of a good jump.

“Sometimes I get going too fast and I jump out more than up,” Lawrence said. “Other times I get too high and I land goofy, and I don’t realize it. I’d say what not to do is, don’t let your knees go in when you land, because that’s a huge no-no. All through my training after my surgeries, I actually learned how to land from jumping. That was one of the huge things they stressed, was not letting your knees go in or out, because that’s how you tear your ligaments.”

JUMPING INTO THE FUTURE

Matt Rokes, one of the owners of the Athlete Development Project (ADP), has worked with Lawrence for the past few years.

ADP started three years ago and works with athletes from age nine to the professional level. ADP helps with injury rehabilitation and performance-improvement training.

Rokes said working with Lawrence has always been a breeze.

“The thing with Jordan, is, he’s one of those kids that I don’t know that he ever gets down on himself,” Rokes said. “He has that ability to keep pushing and keep getting better, whether it’s single-leg strength, cutting, agility — he’s always looking and wanting those specific things to get better at, whether it’s foot placement, arm swing — whatever it might be.

“He takes all of that to heart and asks a bunch of questions. He always wants to be engaged in that process.”

Lawrence plans to study kinesiology at Grand View, with hopes of starting a career in something related to physical therapy or athletic training.

He’s already racked up some experience.

“That’s the main reason I want to go into that because I do have a little bit of a background — unfortunately, I’ve had too much of a background in it,” Lawrence said. “I’ve gotten to be around physical therapists and trainers quite a bit from trying to come back from my injuries.”

Like the kid in the crowd at the Bulls game calling Michael Jordan’s sixth ring, Lawrence’s experiences have always been predictive of his future — his name predicted his athletic prowess, his injuries predicted his future calling as a therapist or trainer and if his high school career predicted anything, it’s this: no obstacle will be too big for Lawrence to jump over.

As long as it isn’t a hurdle, anyway.

“He is one that doesn’t get emotional — high or low,” Rokes said. “He is pretty much even keel all the way through, which is one of those things that you need to have. At the Drake Relays last weekend, it maybe wasn’t his best performance, and he would even tell you that. But the thing for him is, if you noticed in the interview right afterward, he said, ‘Oh, I’ve got a couple more weeks, state’s my goal, I’ve got a couple more weeks to improve.’

“I think that’s what he brings in every day when he comes to train. He listens extremely well — he listens to understand, doesn’t listen to respond. His ability to listen and to then transfer that to playing is maybe some of the best I’ve ever seen.”

Jordan, how would your athleticism be used in…

Bowling — “I’d probably try and use my core muscles and fast-twitch muscle fibers to try and snap the ball down the lane.”

Golf — “Just that twisting motion again. I just got a set of clubs for Christmas, so I’m going to try and hit the links a few times. I don’t really know how to play golf and I’m terrible at it, so I’d probably just hit the ball as far as I could.”

Badminton — “I don’t even know what that is, really.”

World Series of Poker — “I’d have to use my mental focus on that one — use my poker face, my game face. I don’t know, maybe I can lay out cards fast with my hands.”

Horse racing — “I’d have to transfer my athletic ability to my horse somehow.”

Soccer — “My speed — running to the ball, out-running people. Soccer would be tough.”

Baseball — “I used to play baseball. Just hand-eye coordination and the twisting of my core when I’m trying to swing at the ball. I played centerfield when I played, so using my speed to run under the ball.”

Volleyball — “I love volleyball. I’d use my jumping to spike the ball after it gets set to me.”

Wrestling — “I’d probably use some of my strength, but wrestling is a really technical sport — you’d have to have good technique, which I wouldn’t have.”

Chess — “I’d have to use my mental ability, trying to predict what that person’s next move would be, and then maybe I could move my piece pretty quick.”