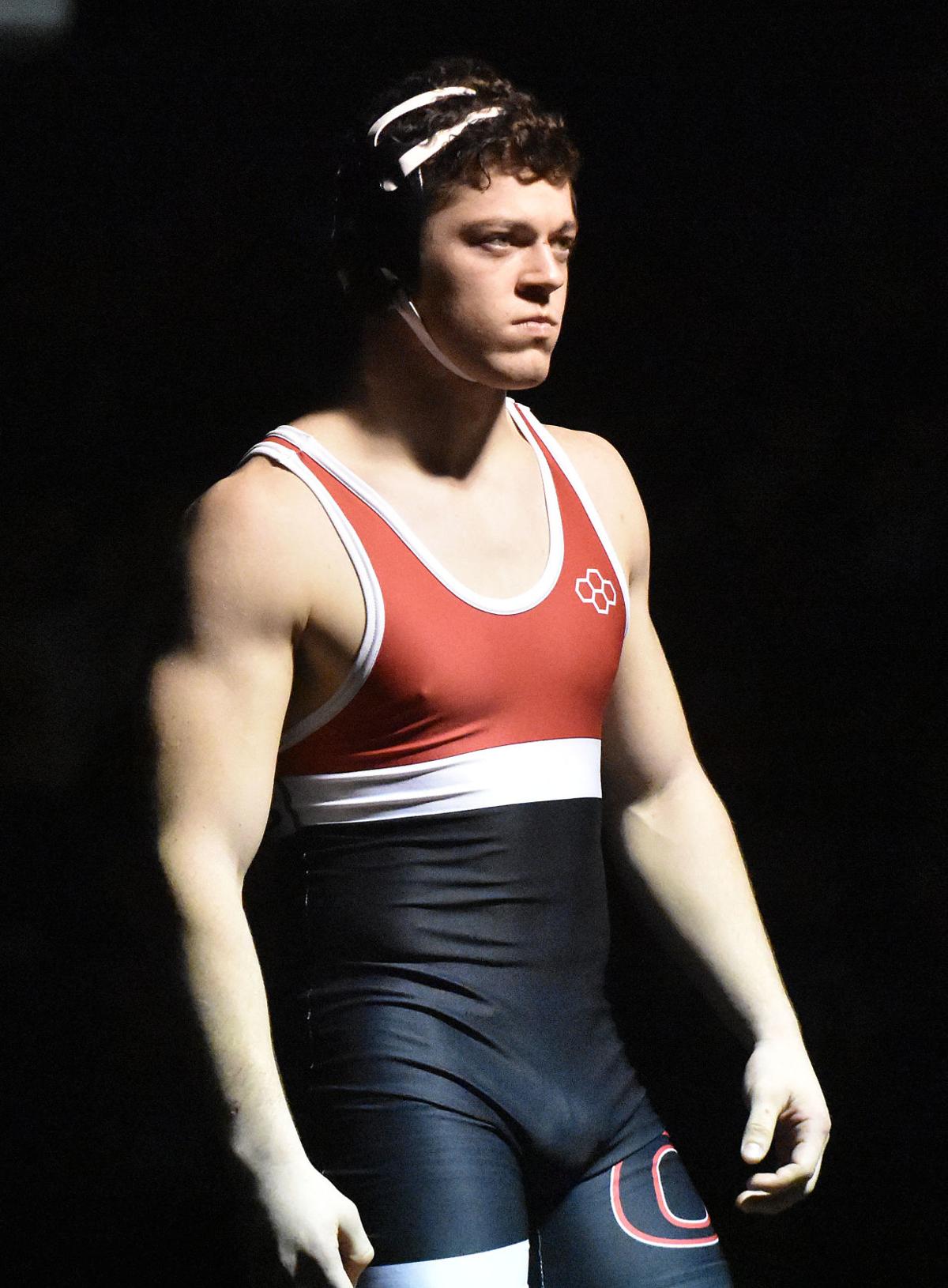 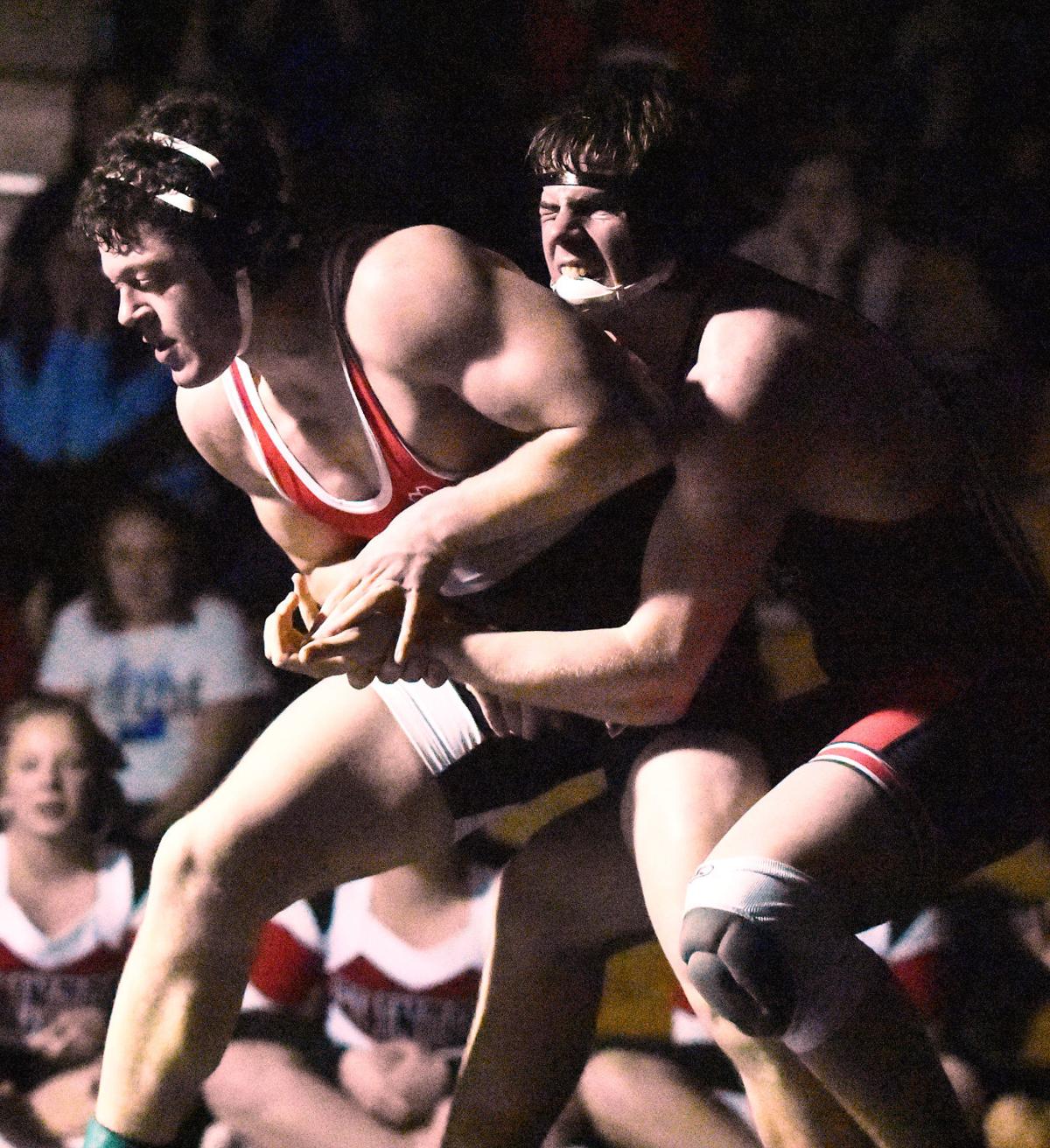 Clinton senior Trevor Bitner knows that state wrestling is a possibility for him.

That gave him enough momentum to ride to the championship round, where he won by major decision to become the 182-pound MAC champion, the only one of the day for the River Kings.

“He’s been working hard,” head coach Dustin Caldwell said. “He’s strong and I think his drive to win is there.”

As a four-year wrestler, Bitner has always wrestled in the higher weight classes, starting at 170-pounds as a freshman. He knows he has strength on his side, but he’s worked to improve his technique to move to more winning seasons as an upperclassman.

“I’ve grown into my weight class over the years because I’ve gotten stronger,” Bitner said. “I’ve worked most on my technique. As a middle school wrestler all you have to be is strong – I could do dumb things and get away with it. You get to these higher caliber wrestlers, you have to set up your shots, you have to get them stepping and you have to do things correctly.”

Although he lost a lot as a freshman, Bitner turned in over 20 wins as a junior. Now, he’s eyeing districts in two weeks. He has not made it to Wells Fargo Arena in Des Moines.

In order to get there, he’s used one thing: self-criticism. Bitner likes to reference one of his favorite quotes: Success is the progressive realization of an idea or goal.

You wouldn’t necessarily see that competitive drive when just talking to Bitner. He offers a talkative and charming personality, and is what Coach Caldwell calls “a gentleman”.

“Hes one of the nicest kids, the most respectful kids I’ve ever coached,” Caldwell said. “He’s a gentleman.”

Plus, Bitner does something not a lot of athletes have time to do. Bitner is a music fanatic. He participates in orchestra at CHS, playing the viola since elementary school. He also plays guitar, referencing jealousy after a Motley Crue concert as his reason for first picking it up.

To him, it’s not really a balancing act. It’s just parts of his lifestyle that intertwine.

“When it’s one of your main interests, you just can’t not do it,” Bitner said. “A lot of people are confused when I saw I’m in orchestra like wait, isn’t that nerd class. When you love something that much, I don’t even view it as balancing things, I just do it.”

Wrestling is what’s on his mind now, as he preps for the trip to Bettendorf. He was just one win away from state qualifying last year and he definitely wants to reach that next level.

Caldwell thinks that his motivation is what will set him apart when the time comes.

Bernard Robert "Bob/Doc" Weber, 75, of Clinton, died Sunday at his home. Memorial services will be held 1:00PM Friday, February 28, 2020 at the Clinton Chapel Snell-Zornig. Online condolences may be expressed by visiting snellzornig.com.