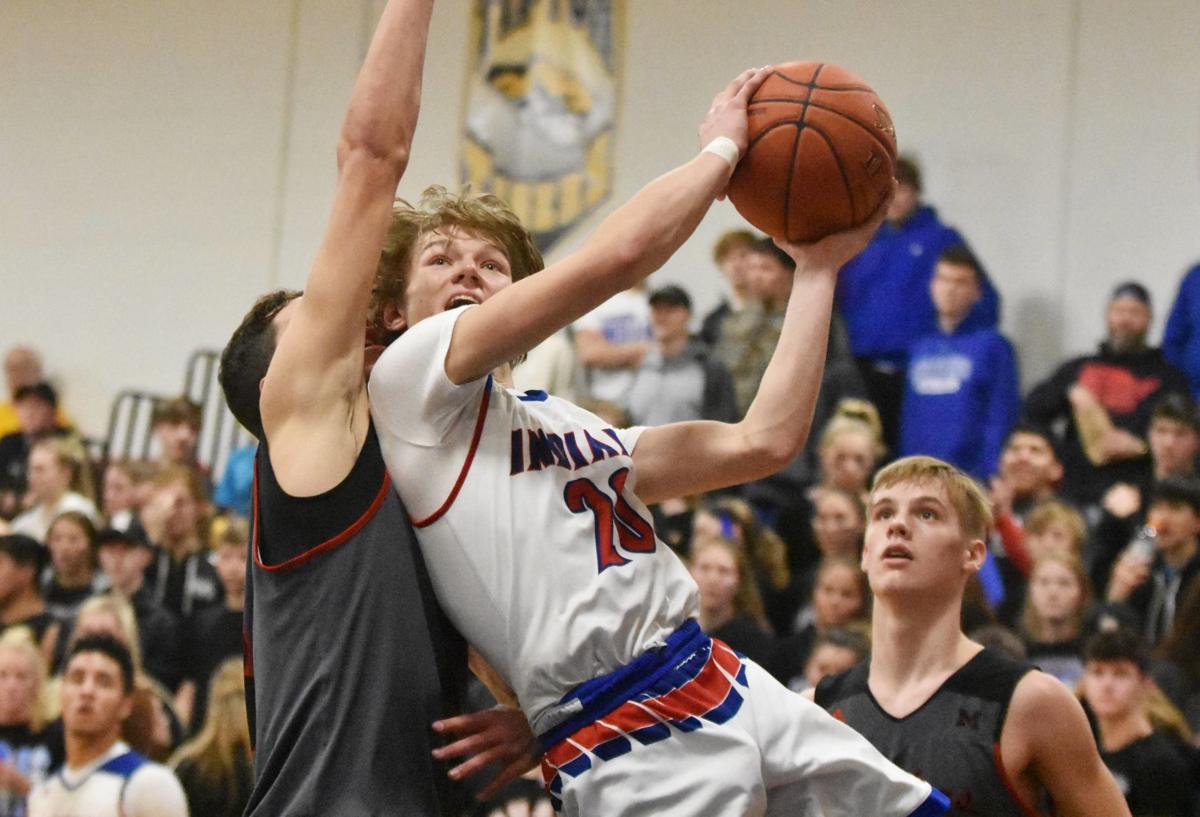 Camanche senior Cameron Soenksen puts up a shot on a fast break against Monticello, making it and giving the Indians their largest lead of the night on their way to a 77-55 River Valley Conference victory. 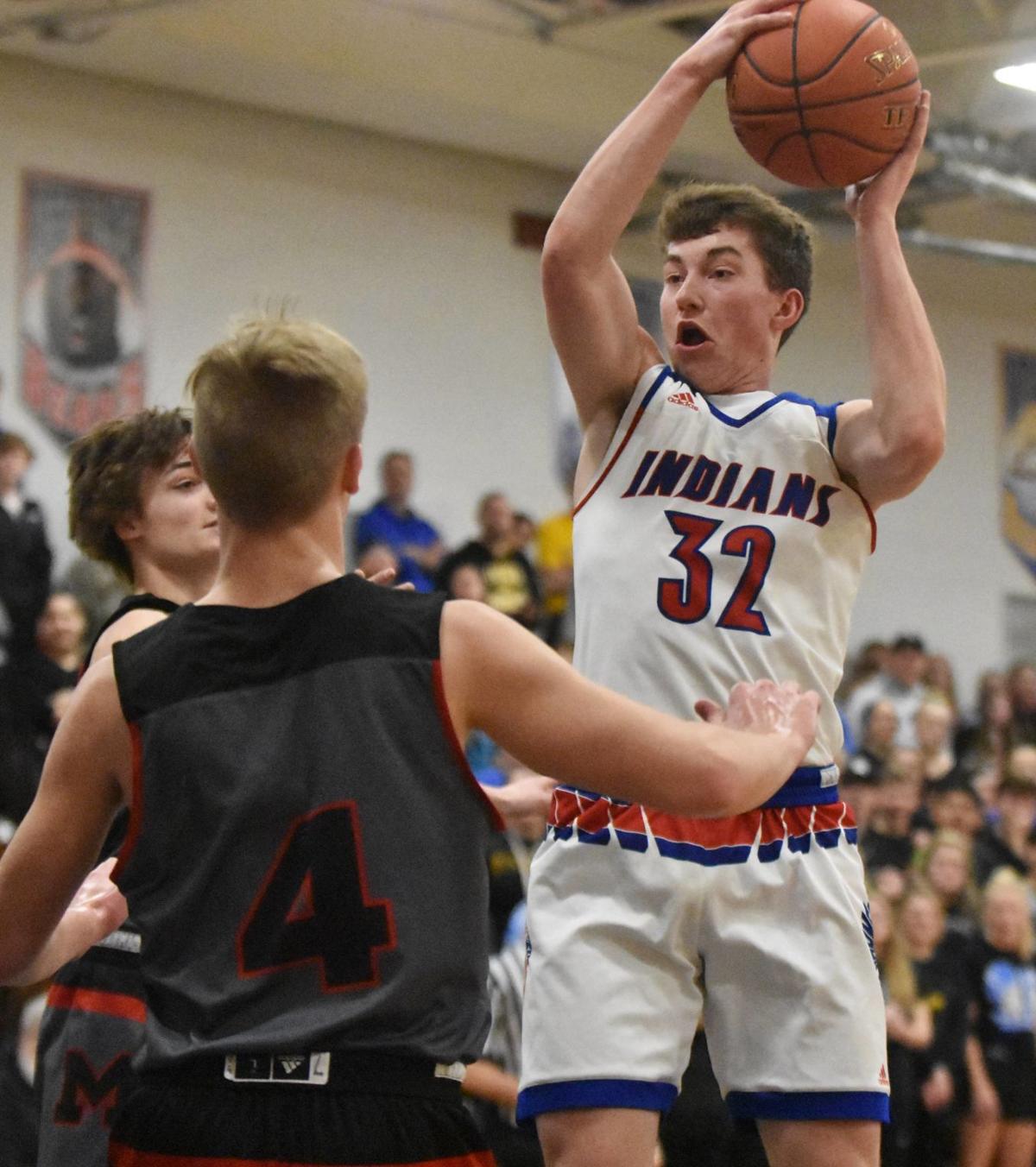 Camanche sophomore Michael Delzell looks for a pass in the lane 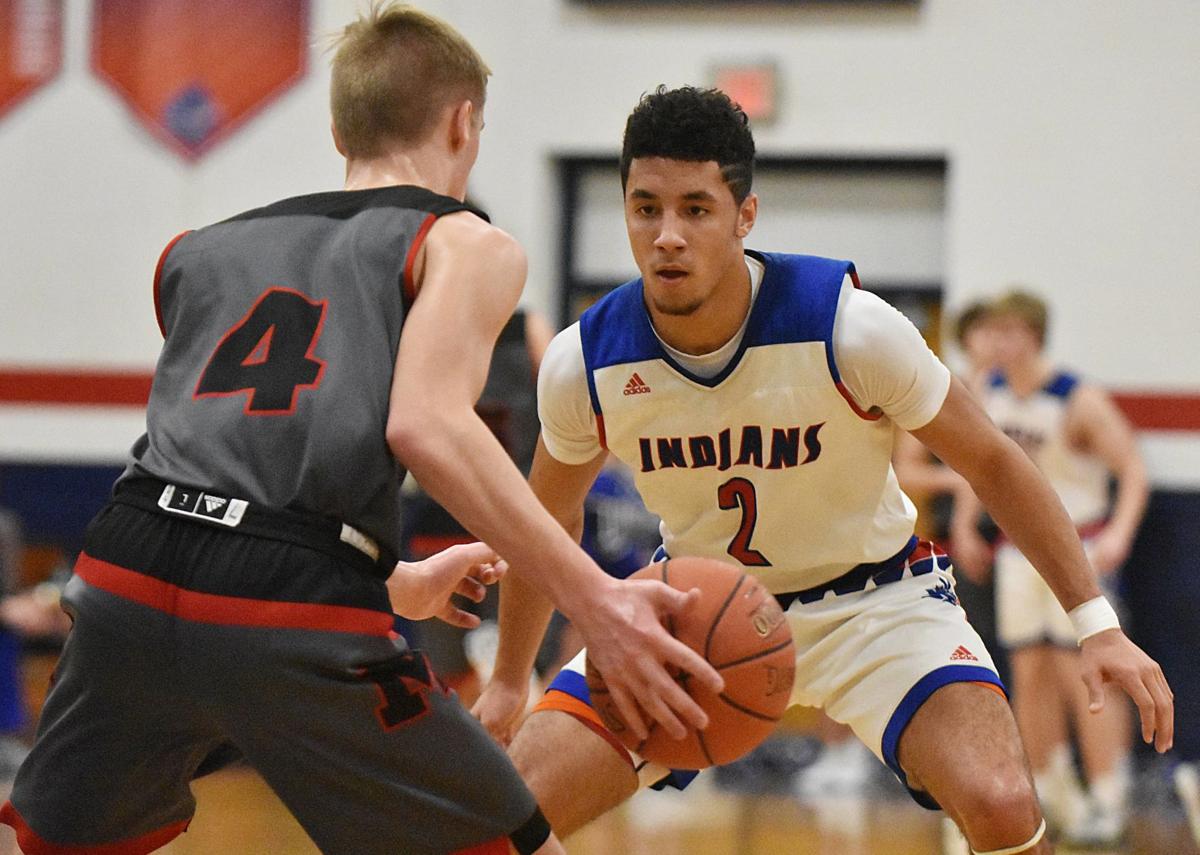 Camanche senior LJ Henderson, who led the Indians in scoring on Tuesday, plays defense against Monticello.

Camanche senior Cameron Soenksen puts up a shot on a fast break against Monticello, making it and giving the Indians their largest lead of the night on their way to a 77-55 River Valley Conference victory.

Camanche sophomore Michael Delzell looks for a pass in the lane

Camanche senior LJ Henderson, who led the Indians in scoring on Tuesday, plays defense against Monticello.

CAMANCHE – It was clear that everyone was hyped up for a big Class 2A matchup in Camanche on Monday night.

The stands were packed with fans from both Monticello and Camanche, creating a smothering atmosphere on the Indians’ home court.

Imagine how the Monticello Panthers felt when a pair of fast breaks from Cam Soenksen and Jordan Lawrence put the Indians up by 20 early in the second half.

The Indians dominated Monticello in what was a big Class 2A matchup, beating the Panthers 77-55. The most recent Associated Press poll has the Indians ranked at No. 1, while the Panthers are just outside the rankings with plenty of votes.

However, the loss on Tuesday was just the second loss of the season for the Panthers, who will be vying for a top spot in the River Valley Conference.

From the get-go the Indians had control of the pace. The teams exchanged a pair of three-point baskets to start the contest, but then the Indians’ suffocating perimeter defense stepped up. They forced nine total turnovers in the first quarter along, holding the Panthers scoreless for nearly four minutes.

“The whole key the last few days was jumping to the ball defensively and doing some other things on defense that other teams aren’t willing to do,” Camanche head coach Josh Davis said after the win. “We defended really well.”

A joint effort from LJ Henderson and Caleb Delzell forced a steal, capped with a two-handed slam on the other end from Delzell, catapulting the Indians to an 18-6 lead and sending the packed gym into a frenzy.

Defense was huge all night. The Indian defense in the first quarter allowed them to take a double digit lead.

“We want to make sure we get better looks than they get. We feel like we have an athletic advantage over a lot of teams that we play, and we want to use that and make it as hard as possible on them.”

LJ Henderson broke the quiet scoring with a coast to coast drive to the rim. Henderson and Caleb Delzell then hit back-to-back shots from beyond the arc to give the Indians a double-digit lead they never relinquished.

They had the 20 point lead early in the third quarter. Zach Erwin had 11 points in the first quarter and by halftime LJ Henderson had 13, just half of his phenomenal offensive effort.

Four different Indians scored in double digits on Tuesday, including the team-high from Henderson. Even so, Davis knows the Indians still have more levels to go when it comes to their point production.

“We’re not even close to where we can be offensively yet,” Davis said. “We have three or four more levels to go offensively that I think we can get to.”

They also have the second half of their schedule to think about. They’ve beaten the tough teams in the conference including Northeast, No. 7 ranked Regina and now Monticello, but they have yet to face both the Panters and the Regals on the road. That will be their next feat.

“With the environment we play in, it’s tough for teams to play us at home,” Davis said. “The big games we’ve had have been at home and we need to be able to do it on the road.”

The Indians improve to 8-0 and play at Wilton on Thursday in a conference game moved up for weather.