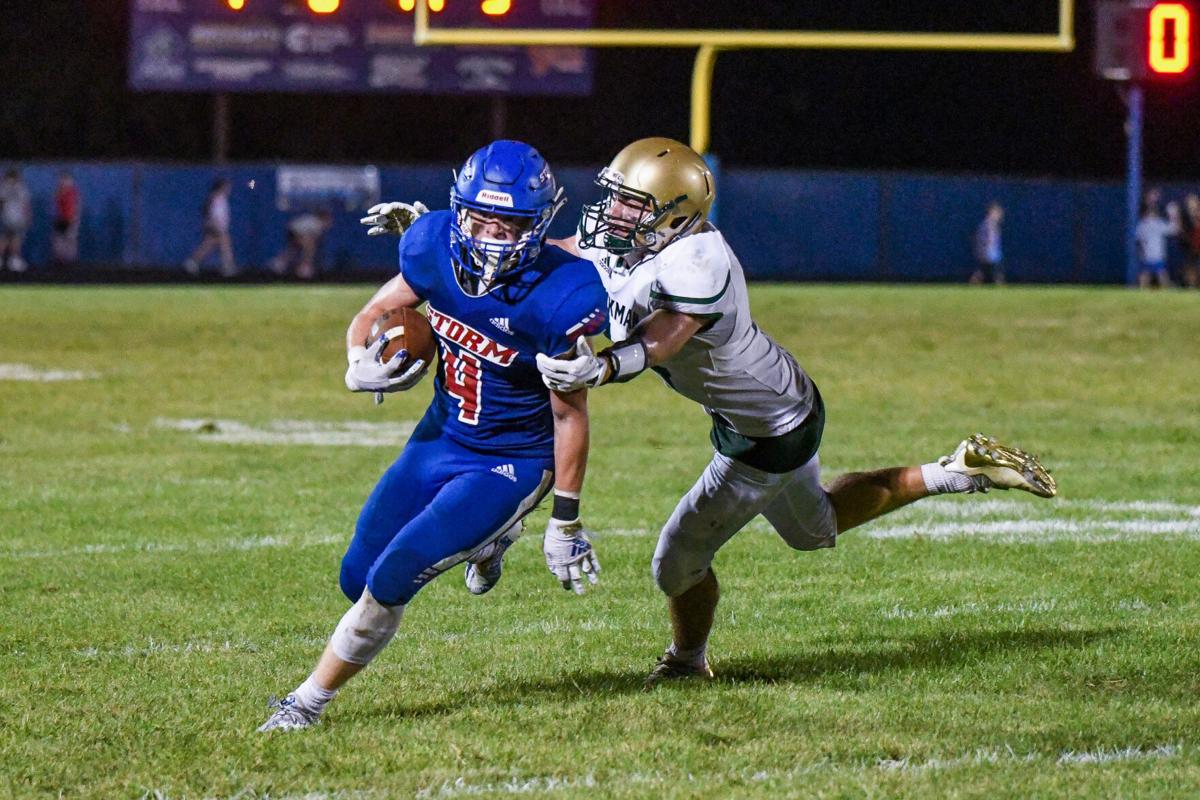 Camanche senior Tucker Dickherber avoids a tackle on a rush attempt during the Storm’s 28-14 loss to Beckman Catholic at home on Friday night. 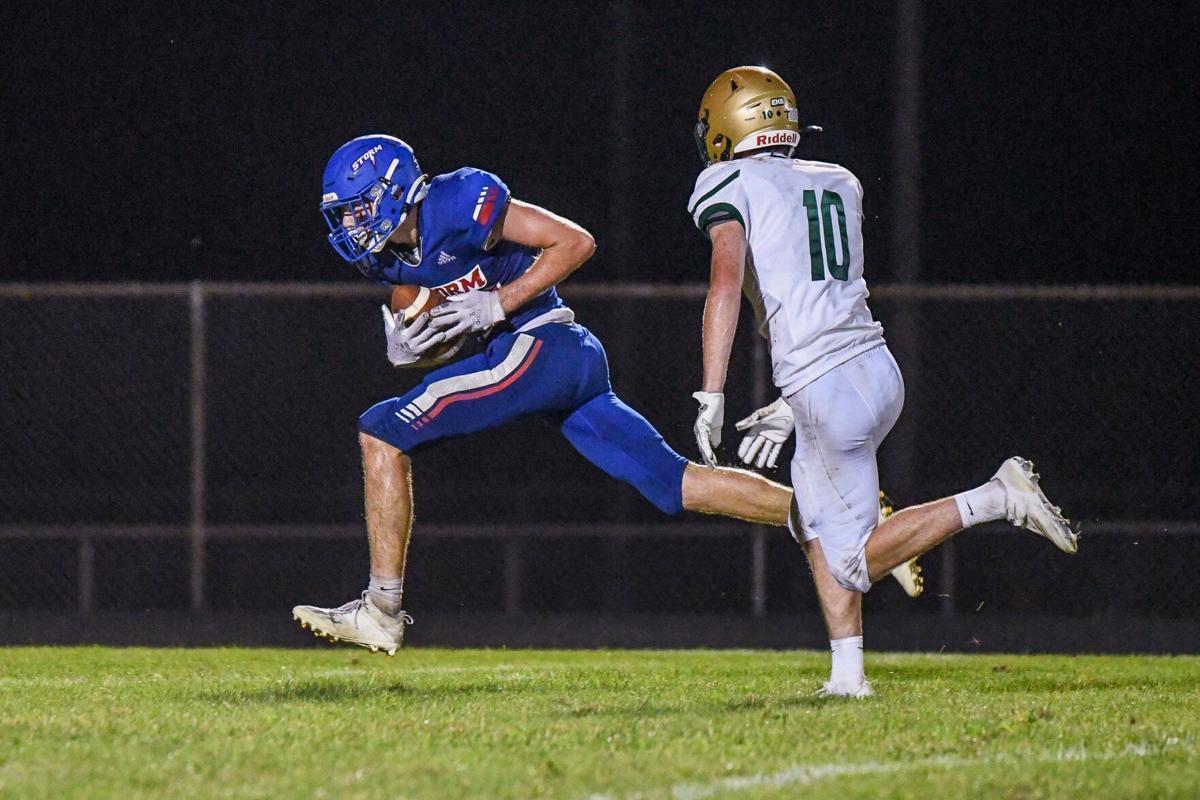 Camanche senior Zach Erwin dives for the end zone after catching a pass, scoring the last points for the Storm in their home loss to Beckman Catholic on Friday.

Camanche senior Tucker Dickherber avoids a tackle on a rush attempt during the Storm’s 28-14 loss to Beckman Catholic at home on Friday night.

Camanche senior Zach Erwin dives for the end zone after catching a pass, scoring the last points for the Storm in their home loss to Beckman Catholic on Friday.

CAMANCHE – After putting the first points on the board, the Camanche football team seemed to have no answers for Beckman Catholic for the rest of the contest, leaving them with a 28-14 season opening loss on Friday night at home.

“It’s Game 1,” Camanche head coach Dustin Coit said. Coit is in his fifth year at the head of the program. “Obviously we’d like to win them all but we have seven left. The good thing is, it’s not a district game. It’s not OK to lose, but we have that.”

It’s Camanche’s season opener after a fourth place finish in the state in 2020.

Camanche, who was taking the field as the Storm for the first time ever, came out of the gates with a first-quarter touchdown. Their first drive ended with a long pass from senior quarterback Mike Delzell to Tucker Dickherber.

“We were happy with that,” Coit said. “We came out and scored in six plays and even defensively we were solid to start I thought. We turned them over when they were driving early on, but overall I think they kind of wore us down in the end.”

The Camanche defense maintained for a while, but the Blazers wore on them. The Beckman roster was larger than the Camanche lineup across the board, and eventually it showed.

“We have to watch film to see exactly where it was but they did a nice job of getting into our d-linemen and getting to our linebackers. Zach Erwin at safety made way too many tackles for a safety. We have to figure out where it broke down.”

The runningback and quarterback had no issues breaking through the line for yardage, and the Blazers scored 28 unanswered points.

There were a few chances for the Storm to make a move. Early in the second half, Tucker Dickherber made the moves to get a first down and Delzell found the hands of Garrett Schultz to put the Storm on the 3-yard line.

The next play Camanche fumbled the ball and Beckman took possession.

It was just one of the missed opportunities by the storm in the season opener.

“We were in the position to make plays,” Coit said. “We didn’t at times and that hurt us.”

The final points came with just over five minutes left in the game. Mike Delzell launched a pass downfield and Zach Erwin pulled it down for a touchdown.

“It’s going to be one of our strong points,” Coit asid. “We knew we’d have to get to the outside and work on our passing game to be successful tonight. We made some good plays when we needed to.”

Camanche (0-1) travels in Week 2, heading to DeWitt to take on local foe the Sabers.