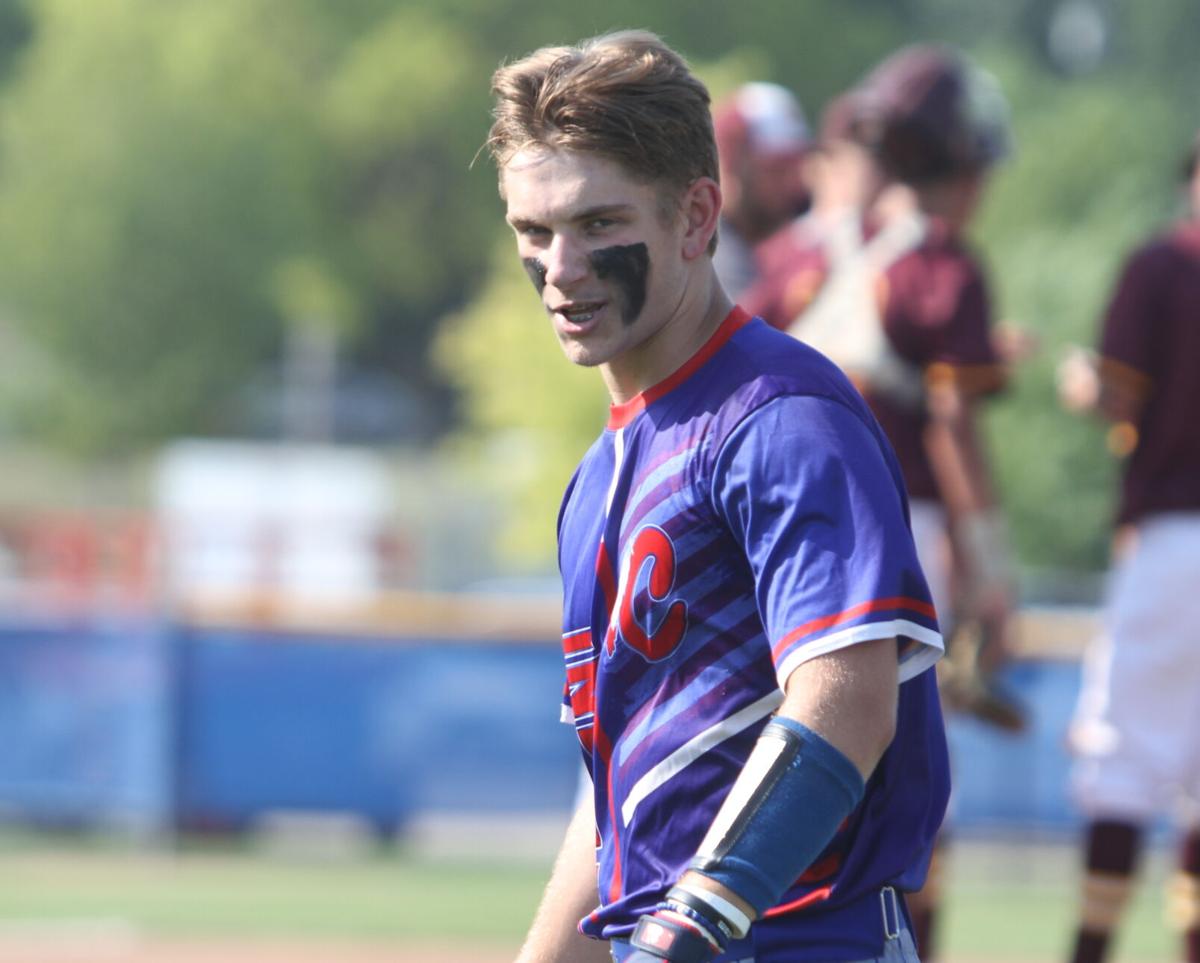 Camanche’s Mason Duritza looks on during the Indians’ 11-1 win over Denver Tuesday at Carroll, Iowa. 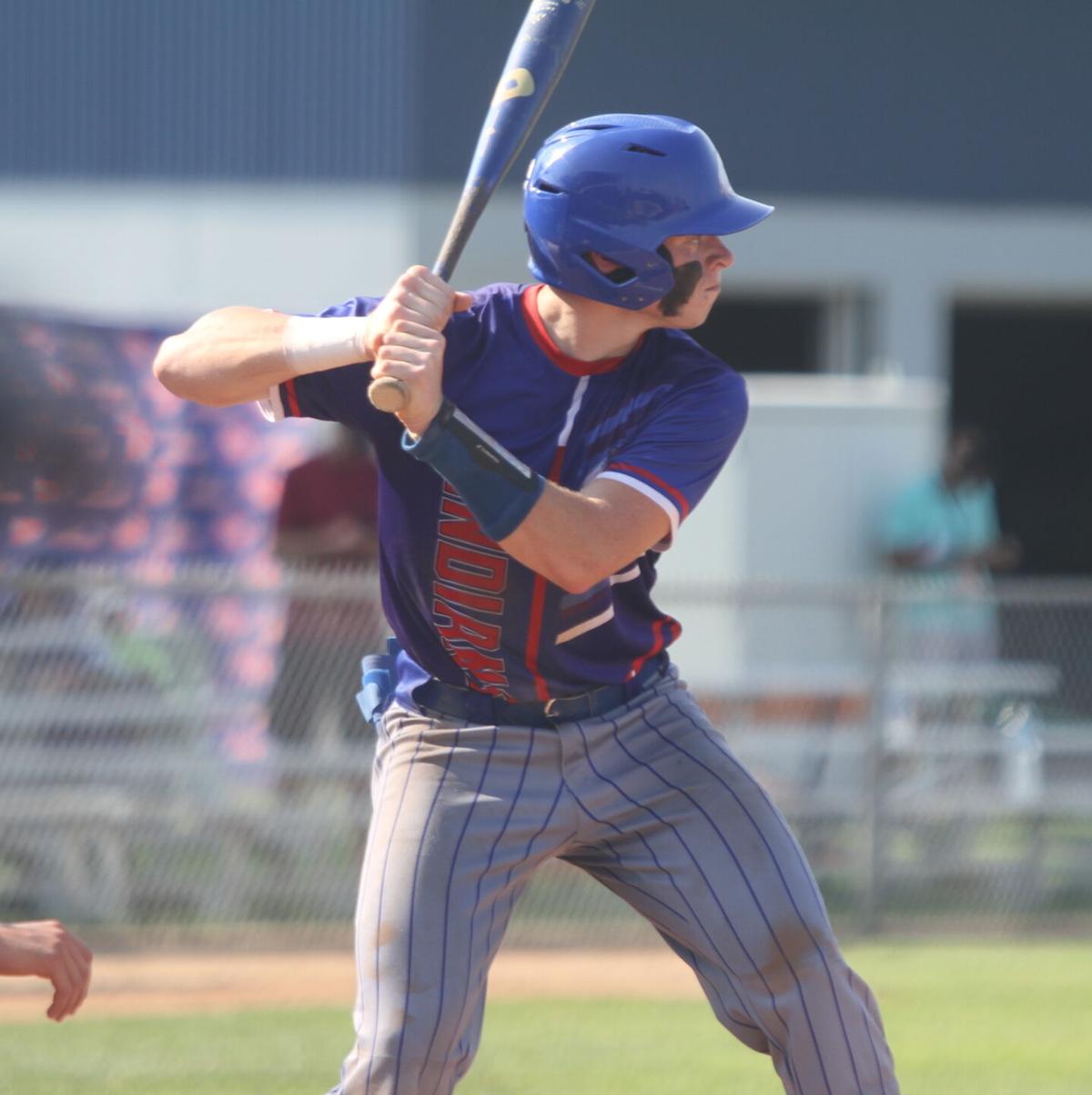 Camanche’s Tucker Dickherber squares up in the batter’s box during his team’s 11-1 win over Denver Tuesday at Merchants Park.

Camanche’s Mason Duritza looks on during the Indians’ 11-1 win over Denver Tuesday at Carroll, Iowa.

Camanche’s Tucker Dickherber squares up in the batter’s box during his team’s 11-1 win over Denver Tuesday at Merchants Park.

Editor’s note: The Indians played Centerville in a semifinal Wednesday night. Due to The Herald’s 9:30 p.m. deadline, the recap of that game will appear in Saturday’s Clinton Herald. To view the story now, go to www.clintonherald.com/sports.

Camanche (24-7) scored 12 runs in the first inning and cruised to a four-inning win. The Indians scored the most runs in a state tournament game since 2015 (20 runs), and it was the first state tournament win for the team since the Indians’ 1987 state championship run.

Camanche will face Centerville in a Class 2A State Semifinal 8 p.m. Wednesday at Merchants Park.

“The bats were feeling good,” Camanche’s Mike Delzell said. “It was good to get those nerves out in the first inning and build up some confidence, get some momentum going into the next inning and then going into tomorrow.”

Indians pitcher Garrett Schultz got the win on the mound, tossing four innings with four hits, one run and two strikeouts. He rebounded from a first inning that saw Camanche commit an error and allow a run, and has the title of the first Indians pitcher to win a state tourney game since 1987.

“I came in thinking I was going to do my job — I know I have eight great baseball players behind me and they’re going to do their thing every game, day in and day out,” Schultz said. “It was definitely pretty easy with that big run cushion I had.”

Denver’s Bryce Phelps took the loss on the mound.

“We just tried to keep them calm, relaxed and tried to keep the same approaches we’ve taken all year long, and it sure paid off,” Camanche coach Darryl Cochran said. “It started from the top and went all the way through. I think everybody contributed and what can I say — the kids were red hot and it didn’t matter what they were throwing up there. Our kids reacted and they did the job they needed to do.”

Delzell said it was important for the players who lost in the state football and basketball games to get a win under their belt Tuesday.

“Losing at the dome pretty bad, and then losing again at Wells Fargo in basketball — it’s really good to see that quarterfinal win go well for us, just to build up that confidence at state,” Delzell said. “I think we’re going to be locked in tomorrow. I think we’re ready to go now — we’ve seen what it’s like out here.”

The Indians now turn their attention to Centerville (21-14), which defeated New Hampton 10-0 in a quarterfinal game Tuesday night.

Delzell said with the community behind them, the Indians should be alright.

“We had the banquet at the bowling alley and the fundraiser, little send off for us and that was a great show out,” Delzell said. “A lot of people donated money to us. Then, coming out today, driving four hours on a week day is not something you expect out of many people and we had a good show out today. Had a lot of fans there and hopefully that support continues tomorrow.”