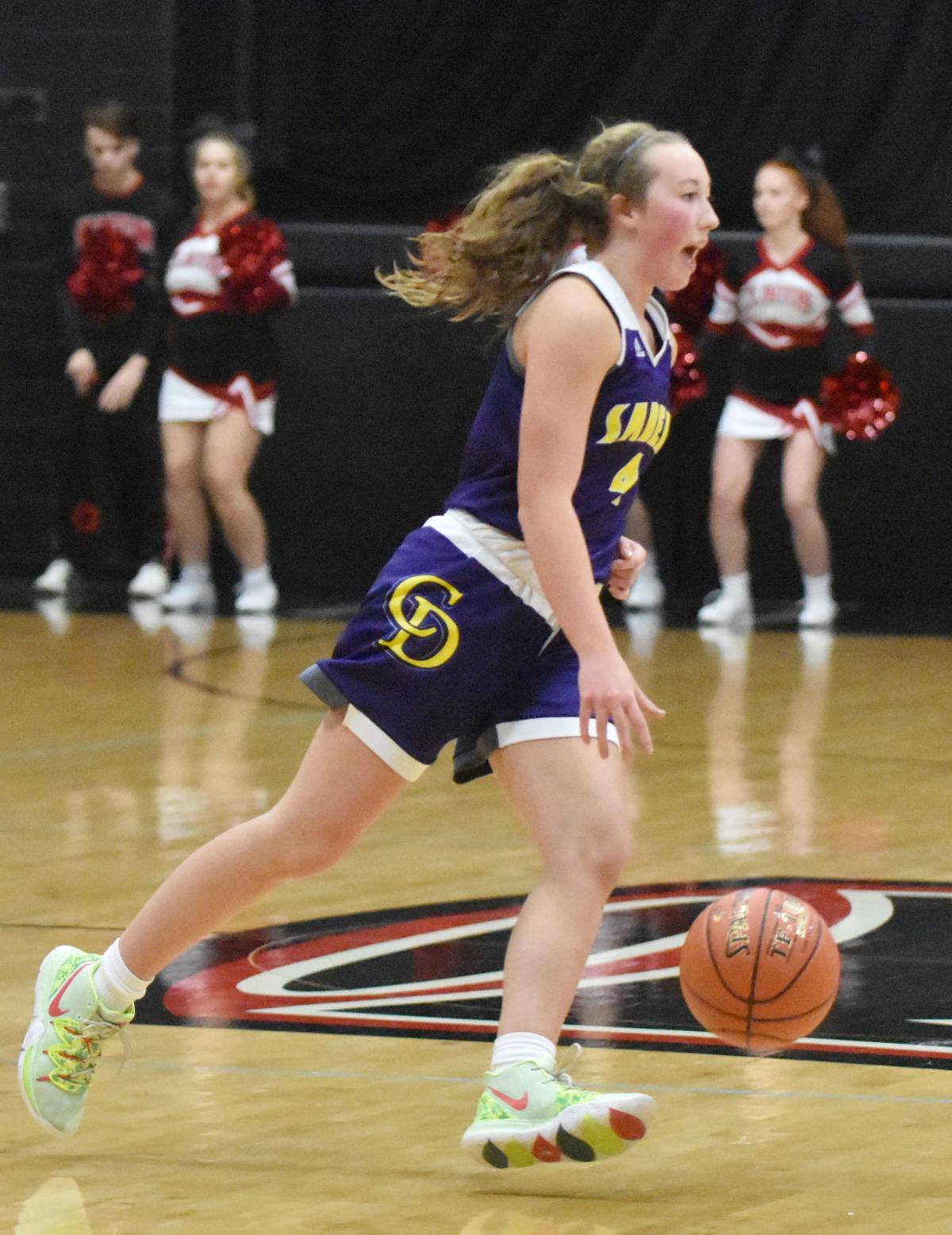 Central DeWitt sophomore Allison Meadows dribbles the ball up the floor during the Sabers’ win over Clinton earlier this season. 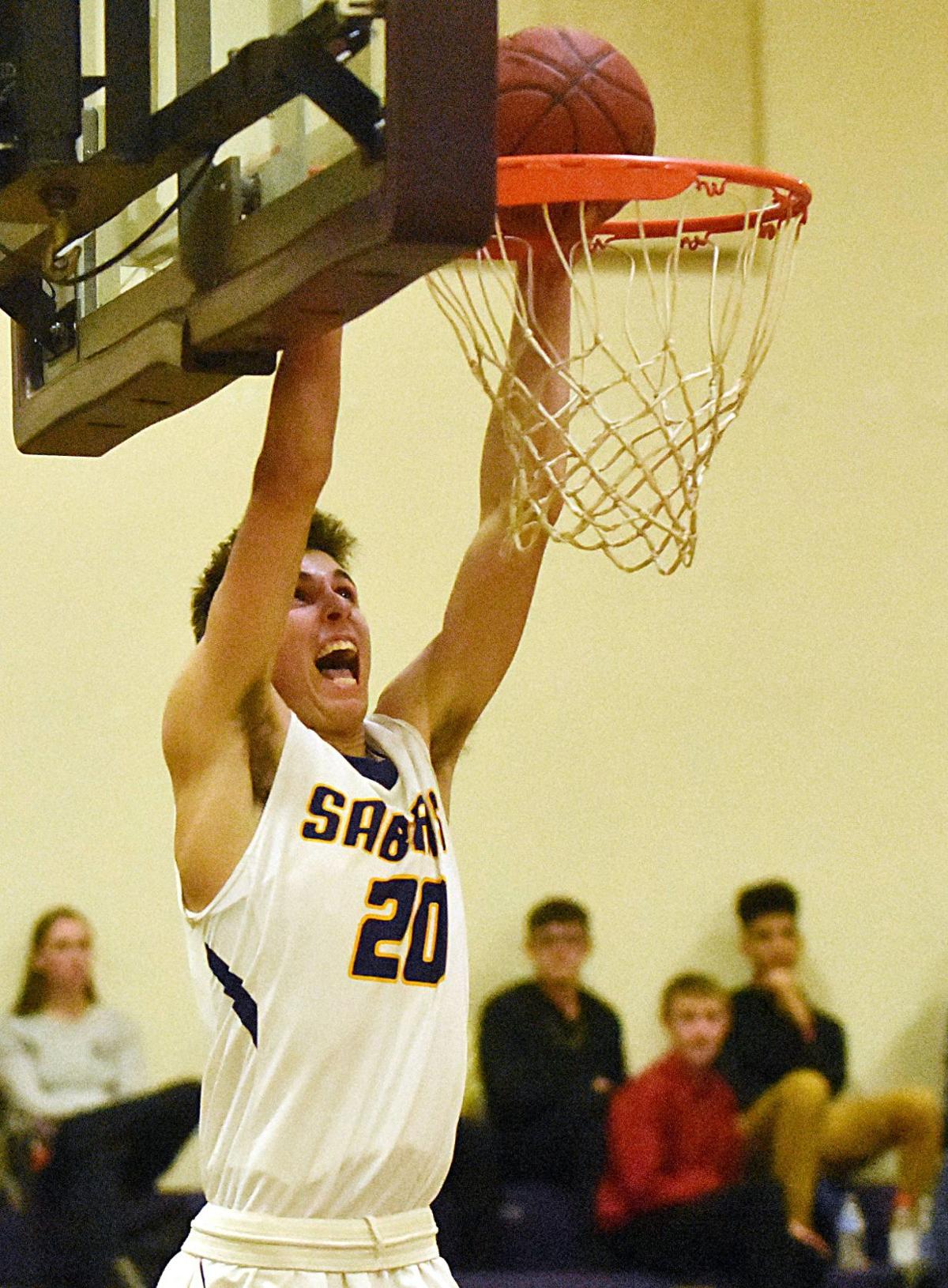 Central DeWitt sophomore Allison Meadows dribbles the ball up the floor during the Sabers’ win over Clinton earlier this season.

The new year is all about aspirations.

People set resolutions to lose weight or break a bad habit or begin a new hobby.

It is a sentiment the Central DeWitt girls basketball team can get behind.

For the second straight year, Sabers head coach Chad Specht has developed an overarching principle for his program.

A year ago, the message centered around effort, attitude and teamwork.

In other words, do not look too far ahead, do not take shortcuts, just concentrate on improving 1 percent every day.

The Sabers have embraced it.

In fact, both Central DeWitt basketball teams have started strong.

The Sabers girls won all eight of their games in 2019 and have been a steady sight in the state rankings.

The Central DeWitt boys, meanwhile, have won five of their first six games for their best start in half a decade.

And just like the rest of America, the Sabers have a resolution for 2020.

Be better — even if it is just one percent at a time.

A strong start is nothing new for this set of Sabers girls.

Central DeWitt won its first nine games a year ago en route to a 16-5 season, its most victories since the Sabers’ state semifinalist team in 2011.

The Sabers have been dominant in their first eight contests, only one of which has been decided by fewer than 10 points.

Just as impressive is the fact that Central DeWitt played four of its six games to start the season on the road.

Even the Sabers’ lone setback, a 68-58 road loss to No. 4-ranked Mount Vernon was a one-point game in the fourth quarter.

“That was a really good test for us,” Central DeWitt head boys basketball coach Grady Gallagher said. “Those are the type of games you want to take part in.”

Both Sabers squads rank in the top-20 of their respective classes in points per game — the girls are 11th, the boys 19th — but it has been the play on the defensive end that has made a bigger difference.

No team in Class 4A has allowed fewer points per game than the Central DeWitt girls, who are surrendering just 30 points per contest.

That is the seventh-lowest total across all five classes as the Sabers already have held three teams below 20 points and are holding teams to just 29.9 shooting from the field.

“That has been a good surprise,” Specht said. “Every year we’re going to put our eggs on defense.”

The Central DeWitt boys, meanwhile, have held their first six foes to just 53 points per game.

That is a six-point improvement from last season and has helped them vault into the top half (25th) of Class 3A after previously finishing 40th out of 64 teams.

“We’ve been getting better defensively,” said Gallagher, who believes that continued improvement on defense that will be key for the Sabers in 2020.

“If we can take that next step on defense and make it tough on teams on every possession, that will be big for us.”

Positives not only on stat sheet

Improved numbers tell one tale, but the Sabers also benefiting from positives that are harder to measure.

For one, there is the continuity that accompanies the return of Specht and Gallagher for their second seasons.

Along with a better familiarity with his own team and its opponents — thanks to a whole season’s worth of tape — Gallagher says he and his coaching staff have a better grasp of what they want to accomplish during practice.

“I think we’ve done a better job of preparing them for action,” he said.

Both teams have plenty of veteran leadership. The boys have four seniors in their starting lineup, while the girls have a senior group that has accepted different roles.

“Every year you have to deal with the challenge of losing senior leadership,” said Specht, who graduated five seniors from his first team. “But this group of seniors has really accepted and thrived in their roles, and that spreads down across the whole roster.”

Sabers senior Tucker Kinney — a three-year varsity player — has been impressed with the cohesiveness and camaraderie of his team.

“I think we’ve done a good job playing as a team,” he said. “A lot of high-fives and points after a good play and the guys on the bench are providing more energy the whole game.”

That connection between teammates does have a close statistical counterpart in assists and both teams have been more than happy to set up their fellow players.

‘There are no nights off’

One thing is certain — there will be no easing into the New Year.

The Sabers boys opened their 2020 Friday night be welcoming the No. 1 ranked team in Class 2A, Beckman Catholic.

Central DeWitt will then spend the next week on the road, traveling to Center Point-Urbana, last year’s WaMaC West champions, and Marion, a returning state qualifier, who, like the Sabers, went 5-1 in December.

The boys’ road trip also sets up a huge homestand for the Sabers girls.

Central will play host to Center Point-Urbana on Tuesday and then Marion on Friday.

Together, the three teams are a combined 22-0. The Stormin’ Pointers won the 3A state championship last winter and are ranked third in Class 4A.

That is one spot behind the Indians, who are seeking their fourth straight trip to the state finals. The reigning 4A runner-up handed the Sabers two of their five losses last season.

The Sabers’ reward for their tough first week? A visit from rival Maquoketa on Jan. 14.

But that is expected in a WaMaC Conference that is filled with talented foes. The East division alone has four boys teams with fewer than two losses and three girls teams in the state rankings.

“The WaMaC is no joke, especially with the schedule on this side,” Gallagher said. “There are no nights off, you have to be ready to play every time you’re on the court.”

Both Sabers squads, though, are ready to make an impact.

“We’re looking forward to the challenge,” Specht said. “We have goals we are looking to aspire to this season and we’re excited to go for them.