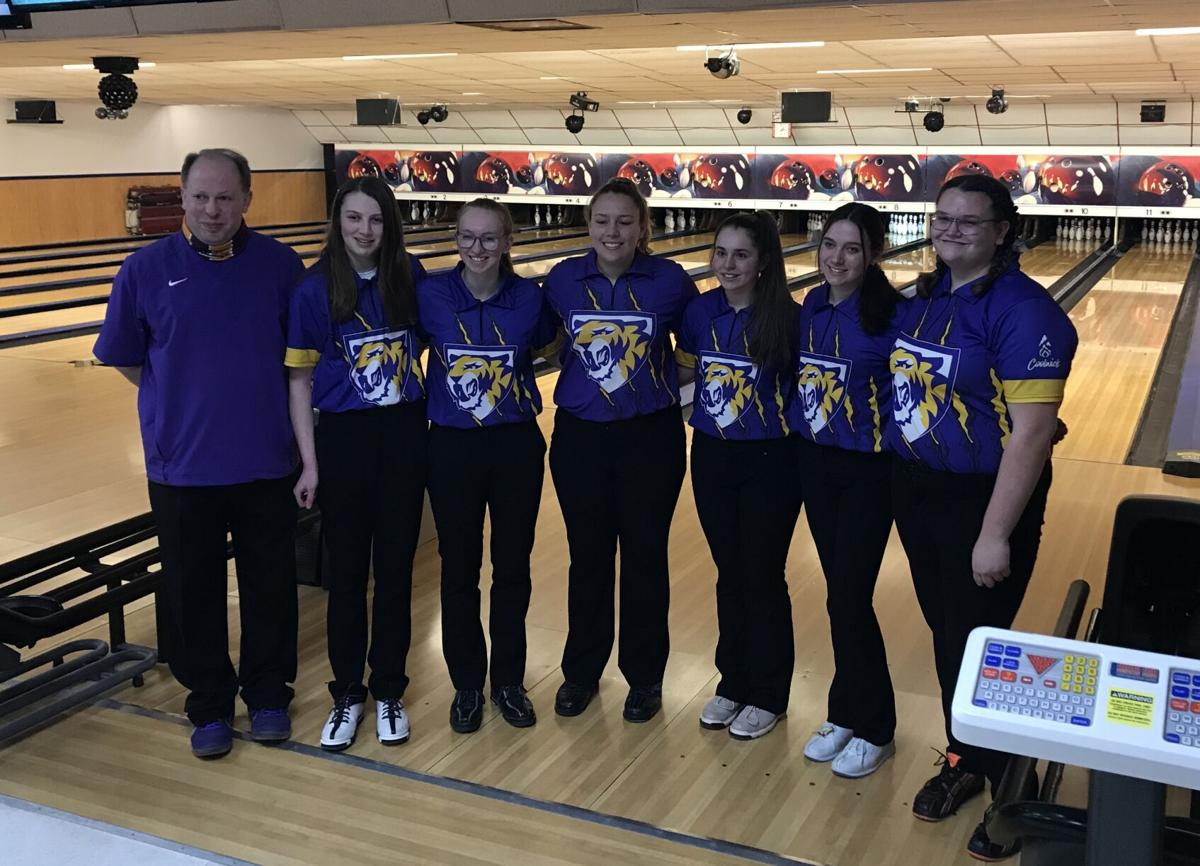 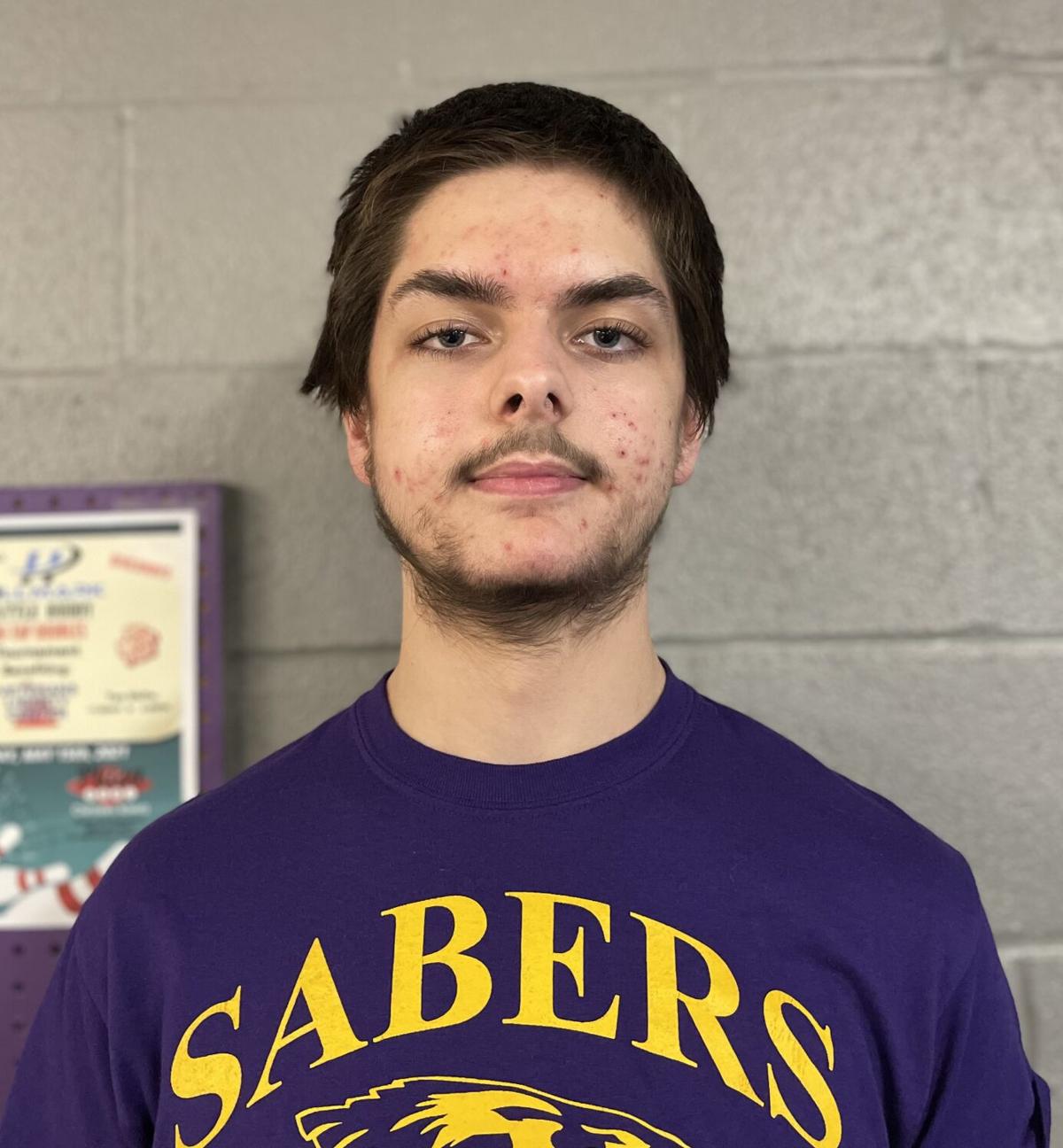 The Sabers had to await their fate as other teams across the state bowled their state qualifying meets, but finally found out on Thursday. It’s the girls team’s second year in a row.

“It’s exciting, especially for my senior year,” Central DeWitt’s Kim Hendricks said. “I know we went last year, but this year feels different — it’s special. It’s something to be joyful about with COVID.”

Senior Eve Schmitt said the team grew closer as the season went on.

“Obviously, last year we lost a couple seniors, but for the most part, we have a lot of the same team as this year, and gained a couple new ones,” Schmitt said. “We had another season together and got to know each other better.”

Sabers coach Seth Ketelsen said the team is only focused on their own game.

“We’ve got the same goals now that we’ve had all season,” Ketelsen said. “We’re not overly worried about the scores as much as we’re working on the process and just trying to stay committed to our shots. Scores will be what they’ll be as long as they continue to throw well and throw with good mechanics, we’re going to be fine.

“There’s going to be some tough schools there and in bowling, you can’t change what the other person’s doing. Don’t worry about them and we just bowl our game.”

Sophomore Jena Edwards said if anything, the Sabers will be even more ready than they were for last year’s state meet.

“I’m really excited,” Edwards said. “We performed really well last year as a team and we’re excited to see what we can do this year. We have really good team chemistry this year so I’m excited. I don’t feel like the nerves will be there as much, because a lot of state is the opening ceremony and a lot of the stress beforehand, but we already know what we’re going to do when we get there and we’ve already kind of seen the competition there, so I don’t think it will be as big of a deal for us.”

Hendricks said this season presented the team with challenges they normally don’t face.

“We haven’t had spectators for home meets, so it’s been a little quiet,” Hendricks said. “At other meets, we usually have two per bowler, but it’s been really tough.”

The team was good about sticking together.

“It’s really important to stay as a team because bowling is a mental game,” Schmitt said. “If one person is getting down, then it just sucks the whole team down, so it’s just keeping everyone positive so the whole day stays positive and you have the right mindset for the entire meet.”

On the boys side, Hall did not expect to qualify individually.

“I didn’t really expect to actually make it because I usually have a lot of problems mechanically,” Hall said. “I have problems with staying down, following my arm all the way and keeping slow.”

Ketelsen said Hall has made steady improvements since joining the team.

“That was amazing,” Ketelsen said of Hall’s qualifying performance. “Where he was two years ago as a freshman, and now to see where he is as a junior, it’s a night and day difference between the two bowlers. It’s been a lot of fun to watch his progression, to see him come into his own and choose his own style of how he bowls.

“We were very impressed with his attitude this winter and that’s the biggest thing.”

Hall wants to get at least a 400 series at state.

“I’m a lot more consistent with my throws and scores,” Hall said. “I’m able to get a lot more pins now.”

Ketelsen said the girls team has come a long way, too.

“There was a lot of trying to cycle girls in to give them the opportunities to see if they could thrive under the pressure,” Ketelsen said. “We had our ups, we had our downs like every team does, but everybody was fighting toward the same goal and realized it was not guaranteed, which made them work that much harder.

Senior Alyssa Lampe said the goal at state is simple.

“We just want to accomplish bowling as a team and supporting each other,” Lampe said.

The state meet will begin Monday and end Wednesday.