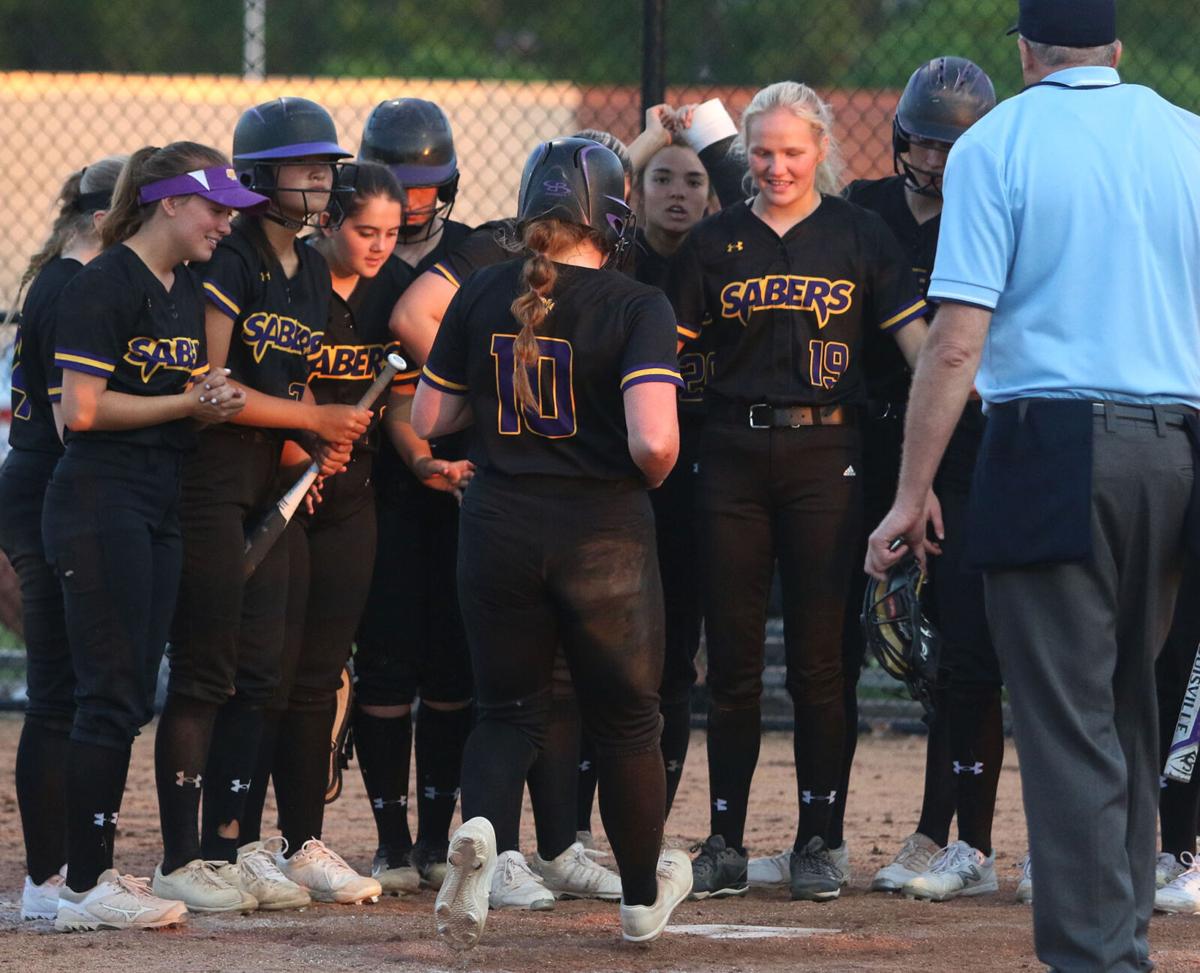 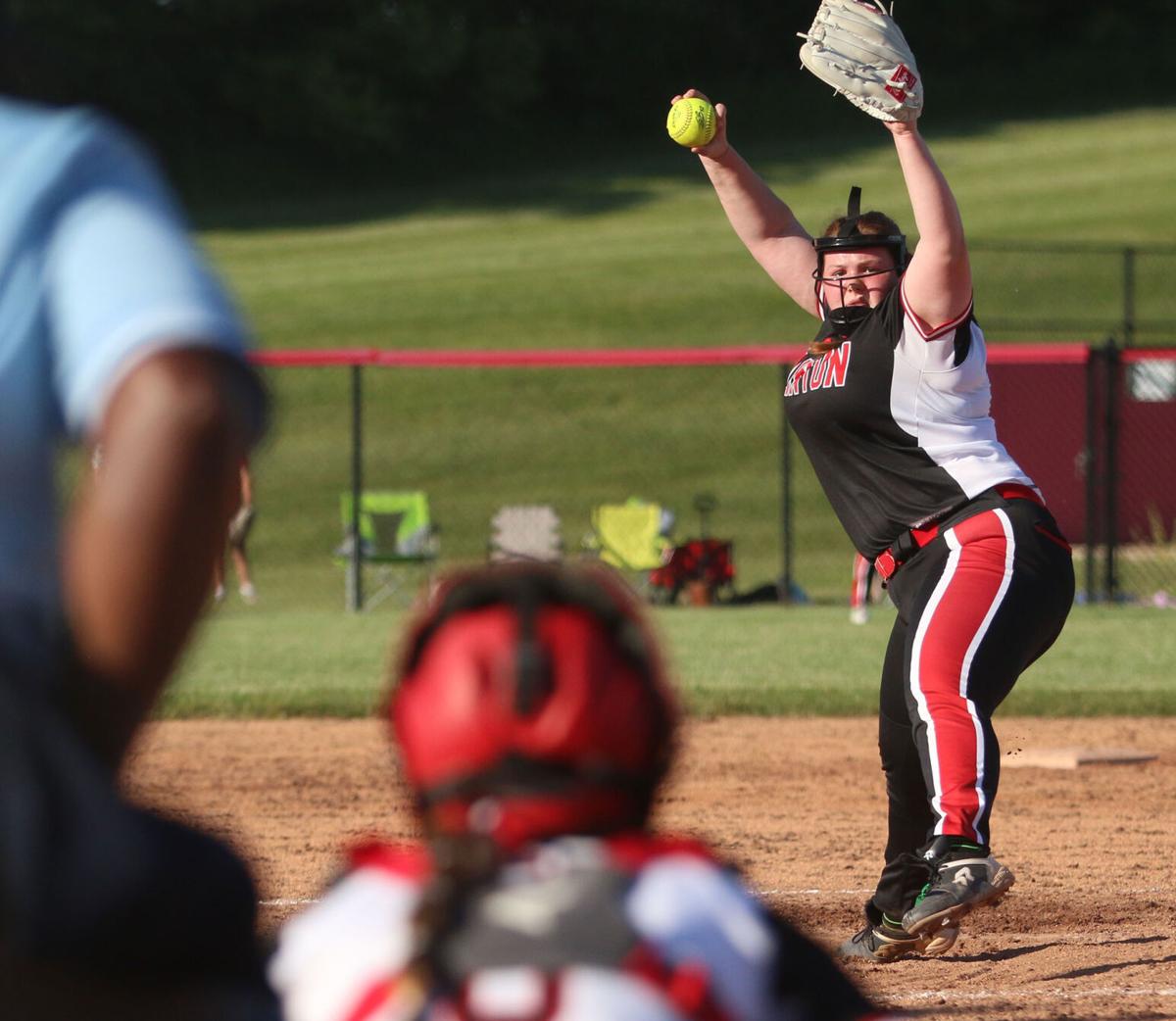 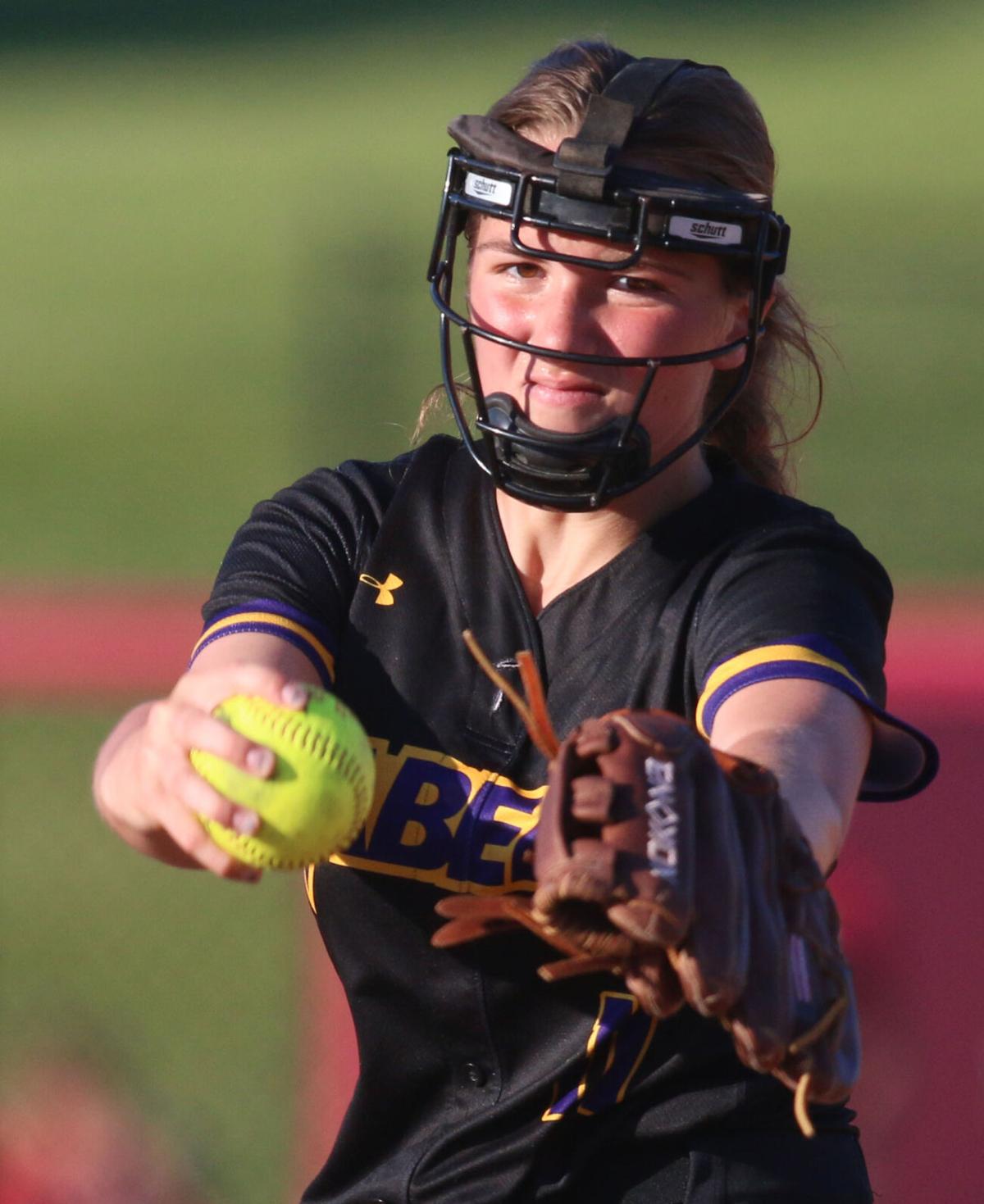 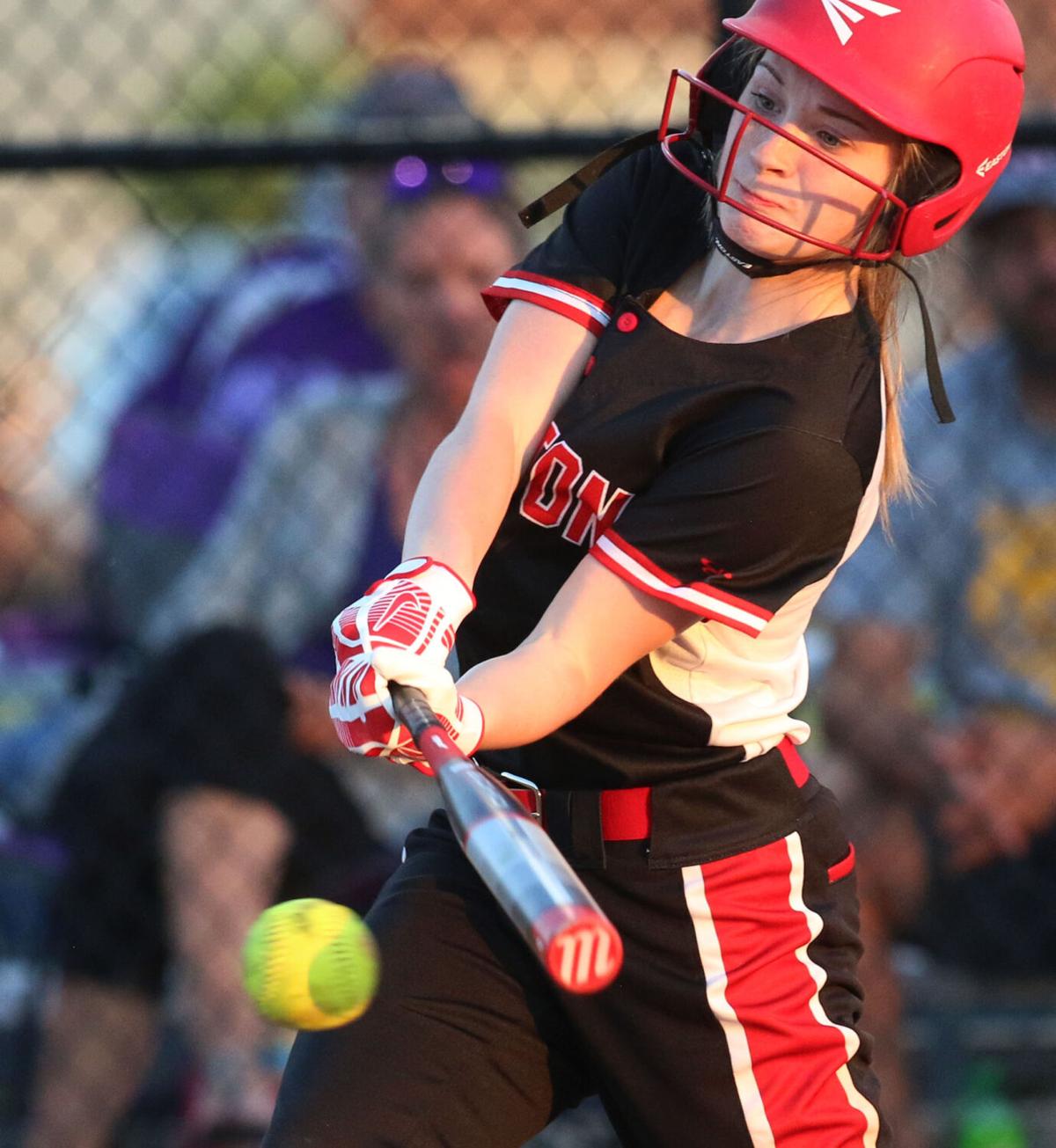 “We talked a lot about going that extra step, figuring out how we can make that extra play — sacrificing, or, ‘How can I get that out?’” she said. “When we have no outs and we have bases loaded, what can we do to get that next step? How can we make ourselves better and learn how to pick each other up when we get down?

“In the game of softball, there’s going to be a lot of errors, but it’s learning how to recover from those errors and go to the next one.”

In the first game, Central DeWitt junior Ava Morris went 4-for-5 with four RBIs, a triple and three runs. Sabers senior Talbot Kinney went 1-for-3 with a home run, three RBIs, two runs and a walk. Freshman Isabelle Pierce went 1-for-3 with two RBIs, a walk and a run. Senior Morgan Machovec, sophomore Paige Owens, senior Kathryn Grau and junior Drew Anderson each had one RBI. Pierce had three steals, Machovec and Kinney both had two, while juniors Ava Morris and Megan Clark both had one.

In the second game, Kinney went 3-for-3 with another homer, five RBIs and three runs. Morris went 2-for-3 with two doubles, three RBIs and two runs. Fayeth Henningsen and Ella Krukow both had two RBIs, while Isabelle Pierce and McKenzie Fisher both had one.

“We have three seniors and we look for them to help those younger girls and teach them how to move on, because they kind of struggled all the way through, so they have that experience to say, ‘Hey, I’ve been here, I know what to do next and now I’m here and I’m being successful and I’m being one of those leaders,’” Muhlenbruch said. “We really look to our seniors for that.”