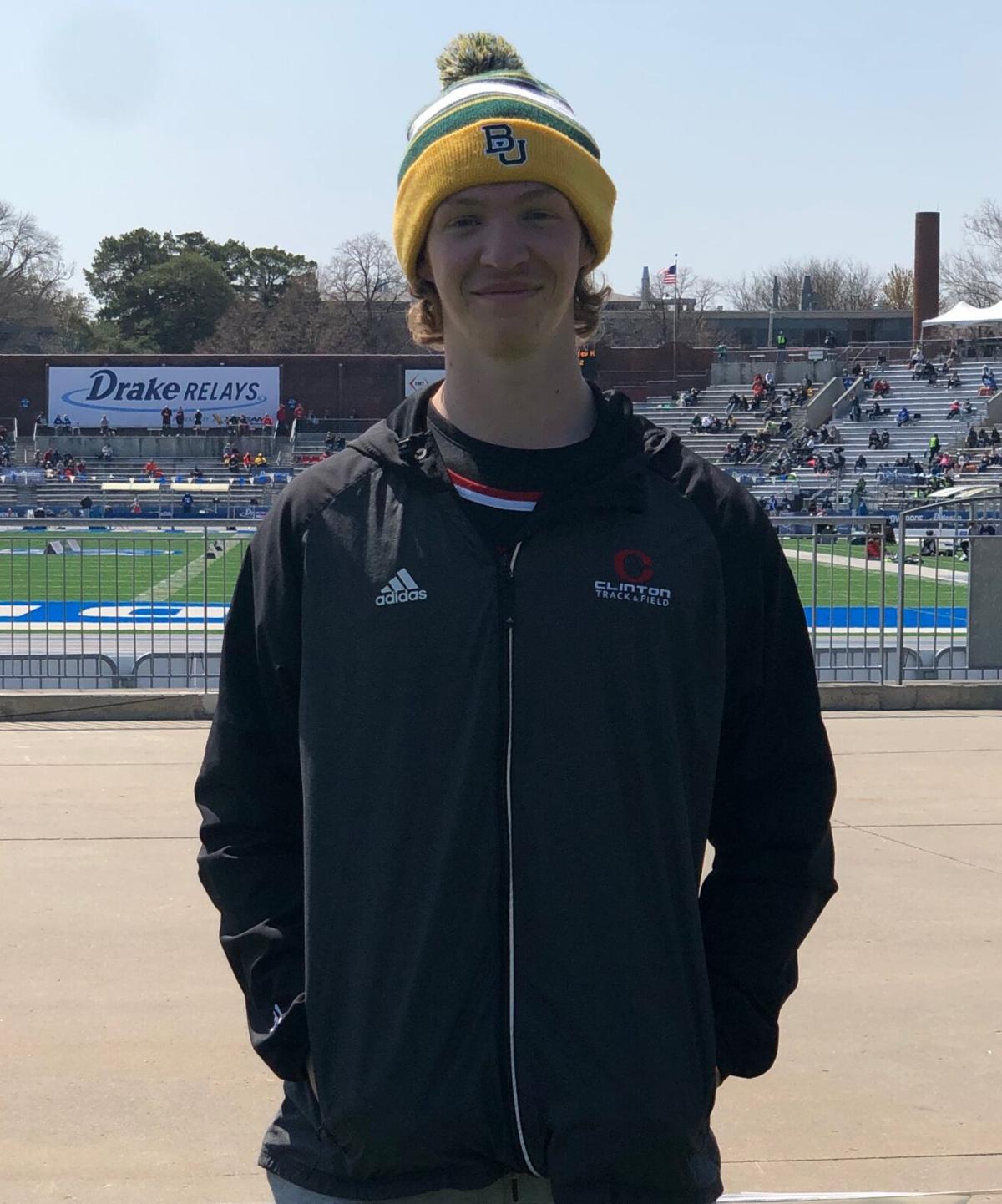 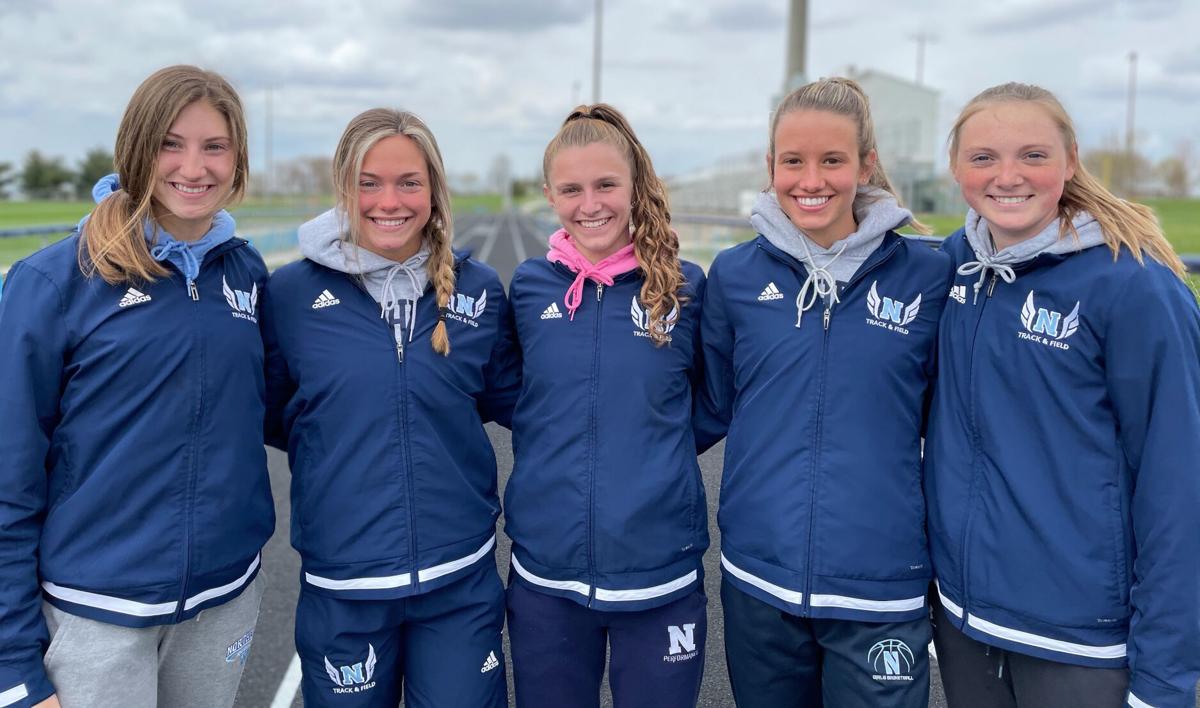 Several local athletes competed at the event, held at the Blue Oval at Drake University in Des Moines.

Clinton’s Joe Simpson set a personal record and placed eighth overall in the boys shot put with a 53-3 throw.

Northeast had the most athletes competing at Drake of any local school. Elizabeth Chambers tied for fifth overall with Southeast Valley’s Kiersten Fisher in the high jump (1.62). Ellie Rickertsen finished fifth overall in the girls 400 hurdles (1:05.14) and fifth in the 100 hurdles (15.30). Neveah Hildebrandt placed 23rd overall in the girls 100 dash (13.22). The 4x100 relay team of Madison Tarr, Paige Holst, Hildebrandt and Rickertsen had a season personal record time (51.26) and placed 21st out of 48 teams.

Clinton’s Simpson said he could feel a good throw coming.

“I was feeling pretty confident,” Simpson said. “Once I got my third throw, the 52-07, I new I had a good chance of going to finals. Just sitting there watching the second flight go was a little nerve-wracking because I just barely made it. After that, I just let it loose.

Simpson was able to breath easy once he was done with his event — after all the hype surrounding the importance of Drake, it was nice to relax a little.

“It was just a relief because I had it in my mind and it worked out how I wanted to, so I was just relieved and happy,” Simpson said.

There was a last-minute venue change and Simpson wasn’t able to feel the full effect of the Relays, but it didn’t matter — he still got there and got the job done.

“There was quite a few people,” Simpson said. “I didn’t expect there to be quite that many people. It still felt laid back to me. It would have been cooler inside the stadium with all the people around, but it was still a great experience.”

Both Darsidan and Lawrence were hoping for better finishes, but they couldn’t stress enough how fortunate they were to have the opportunity.

“It was just a great experience,” Darsidan said. “It was really fun being able to get out there and having it be my first Drake Relays experience, it was just such a different atmosphere and different experience when you’re going up against people you never go up against.

“I thought my race went well. It could have gone a little better. It was a weird race, but I’m definitely happy with a seventh-place finish.”

Darsidan said his race didn’t go quite as expected.

“We went out a lot slower than expected,” Darsidan said. “That caused the entire group of runners to stay really packed together and it wasn’t really strung out, which is kind of what I expected it to be, so the last 200 meters of the race were just really physical — a lot of pushing and shoving, guys trying to get into position, work their way to the outside.

“That didn’t help me much. I kind of got cut off with about 150 meters left and thrown off stride and off course, and wasn’t able to have the kick I normally have because of that. I could’ve finished a little better and I think I would’ve been looking to be in the top four had that not happened, but seventh is still a really good spot to be in right now.”

Lawrence looked back at the tape and said it was just one of those races where it didn’t go quite how he planned.

“After looking at my race, I was ahead early through about 30-40 meters and it looked like I just started to die and was just really pushing hard, which is not what you’re supposed to do,” Lawrence said. “I didn’t feel smooth after that, so I think that was a lot to do with it.”

Still — making it to Drake is still one of his biggest accomplishments.

“It’s for sure up there,” Lawrence said. “I feel like Drake is more prestigious than some state events because there’s no classes — it’s all classes combined, so that’s one thing that make it a better accomplishment than some of the others.”

Northeast’s Rickertsen was happy for her teammates. She was involved with the most events of any area athlete.

“This year looked a lot different for athletes, coaches and those watching,” Rickertsen said. “However, I thought our team was flexible and adjusted greatly to the changes. Our 4x100 ended up running our best time, which was great. Also, I was blessed to have placed fifth in the 100 and 400 hurdles. I am so proud of how our team did at the Relays — we are definitely excited to have more success later in the season at state.”

“I was pretty excited about getting a PR in the 4x100, but definitely still have some work to do in the 100,” she said.

“I’m definitely proud of and satisfied with our performance at the Relays,” Tarr said. “We set a new personal record in the 4x100 and came home with three medals. It was another great experience at the Blue Oval that I’ll never forget.”