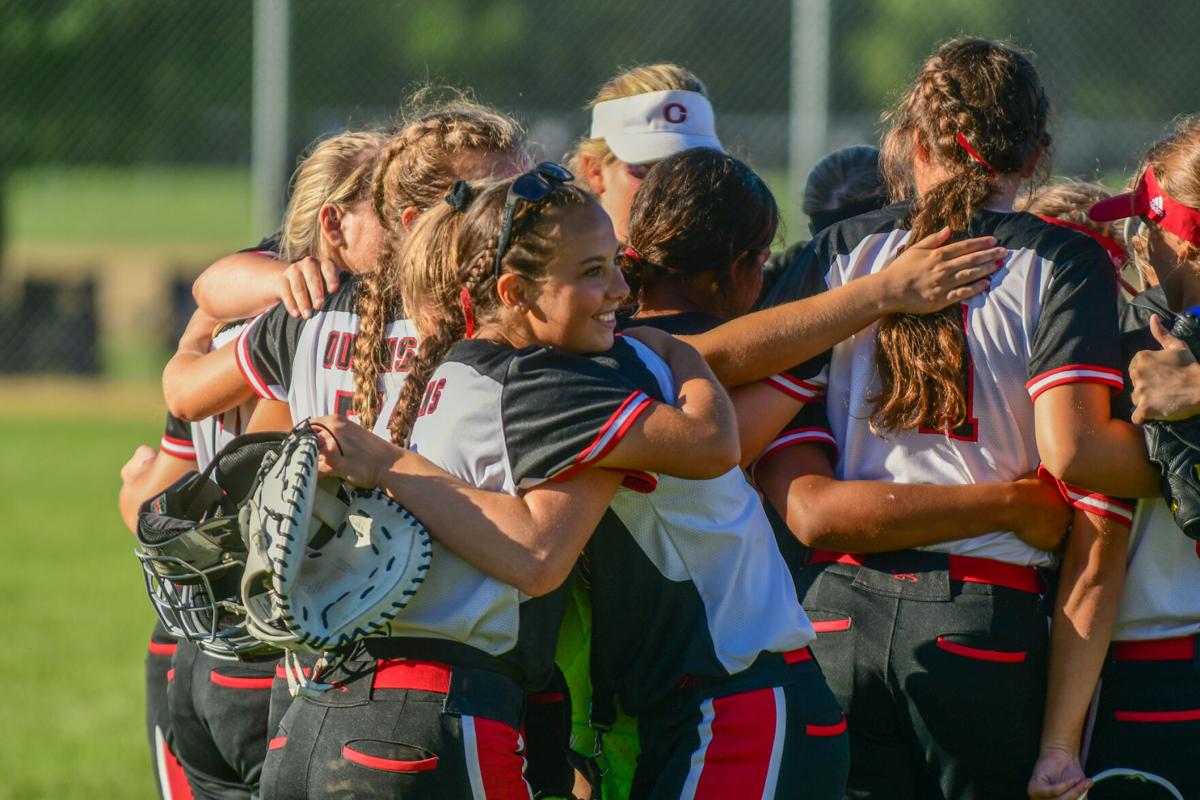 Clinton’s Amber Lee (front) comforts senior Casy Mandrell as the entire River Queen softball team hugs each other after their season ending loss to Wahlert Catholic on Thursday night. The Queens had a 1-0 lead through the fourth inning, but the Golden Eagles came surging back to win 11-1. 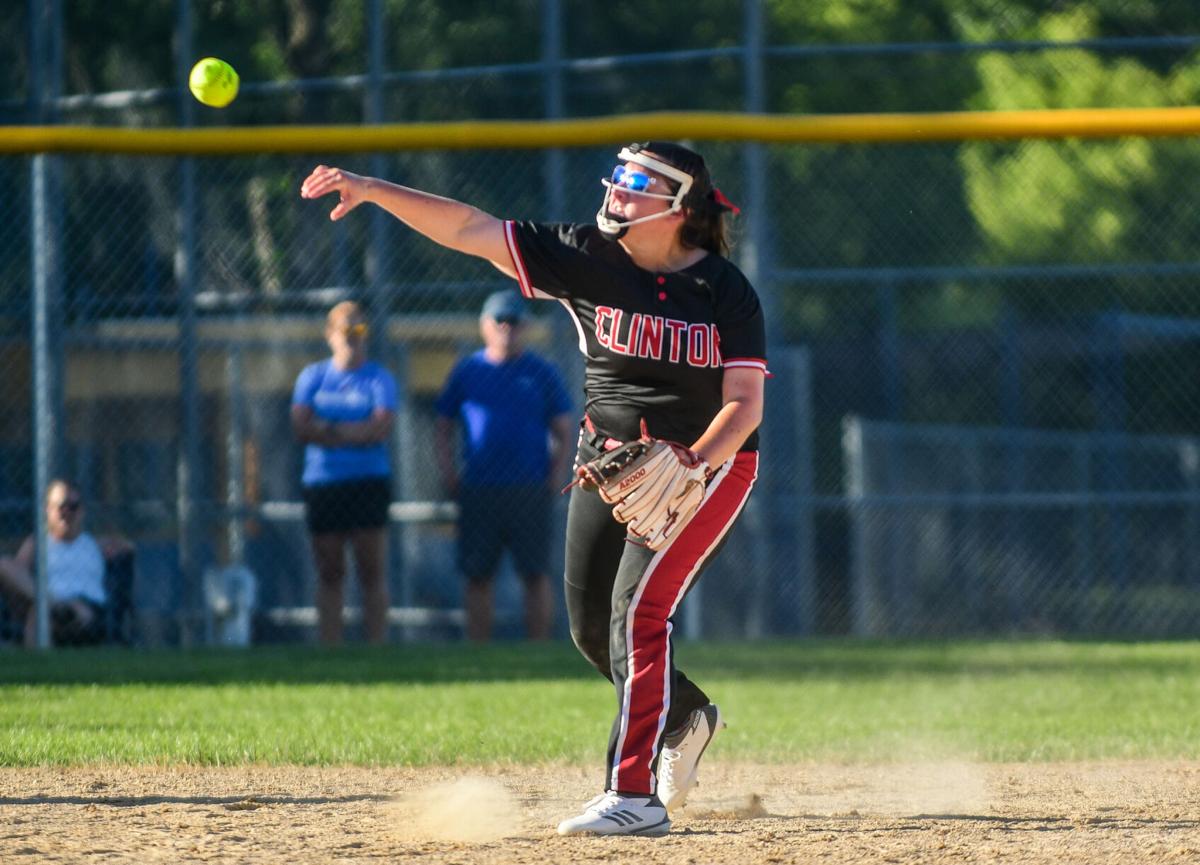 Clinton senior Madison Meggenberg makes a throw towards home in an attempted out during the River Queens’ regional game against Wahlert Catholic on Thursday night.

Clinton’s Amber Lee (front) comforts senior Casy Mandrell as the entire River Queen softball team hugs each other after their season ending loss to Wahlert Catholic on Thursday night. The Queens had a 1-0 lead through the fourth inning, but the Golden Eagles came surging back to win 11-1.

Clinton senior Madison Meggenberg makes a throw towards home in an attempted out during the River Queens’ regional game against Wahlert Catholic on Thursday night.

DUBUQUE – One inning was all it took on Thursday night in ?Dubuque. One inning and the Clinton softball team saw a regional win slip out of their grasps.

Wahlert Catholic managed to plate 11 runs in the bottom of the fifth inning, ending the game early with the 11-1 victory over the River Queens.

Although the final score in the fifth was double-digit, the River Queens were the ones to strike first on Thursday night. In the top of the fourth inning, it was Emma Milder who hit the RBI double to break a scoreless game and put the Queens up 1-0. Ashtyn Dohrn had singled to lead off the inning, that baserunner scoring on Milder’s hit.

“We strung some hits together, we strung some walks together,” Herrig said. “That girl is a nice thrower and we just dinked and dunked all the way through.”

It was an exciting defensive display. Starting pitch Lauren Brennan struck out two through the first four innings and helped the River Queens keep the Golden Eagles off the boards. That included getting out of two bases loaded situations unscathed.

In the top of the fifth, Clinton left two runners stranded in scoring position but had held on to the 1-0 lead.

That’s when trouble started. Three straight ground ball evaded the gloves on the River Queen infield and rolled into the grass, quickly evening the score up 1-1. A bunt loaded the bases, and Herrig made his way to the infield to talk to his team.

“We try to keep them relaxed,” Herrig said. “And this was some of the most relaxed we’ve been. That’s part of the reason we played so well to start.”

The Golden Eagles had the momentum on their side, though. A bug double landed in left-center, hitting the fence and plating two more runs to give Wahlert a lead they would never relinquish.

With the score now 7-1, starting pitcher Lauren Brennan passed the game ball on to Amber Lee to take over. It didn’t slow down the Wahlert bats.

The very first batter Lee faced knocked another double to the centerfield fence. By the time the 11th run crossed home plate to end the game by the ten run rule, the Queens had given up eight hits and made three fielding errors in the fifth inning alone.

The River Queens left nine baserunners stranded throughout the night, including bases loaded in both the first and the fourth innings.

“They’ve been in this program for five years,” Herrig said about his senior class. “You have to give credit to those girls. They’ve been a big part of this as we’ve tried to turn this around. That’s the focus right now.”

The River Queens will also have a lot of the roster returning next season. They had nine total underclassmen list on the varsity roster this year, and have leadership returning in a trio of juniors come back for their last season.

“The only place we can go is up,” Herrig said. “You look on the bench and we have girls who can do some things and I feel bad we weren’t able to hae a JV season to get them more innings, more at-bats. We have some girls I think can step in and do some nice things for this program.”