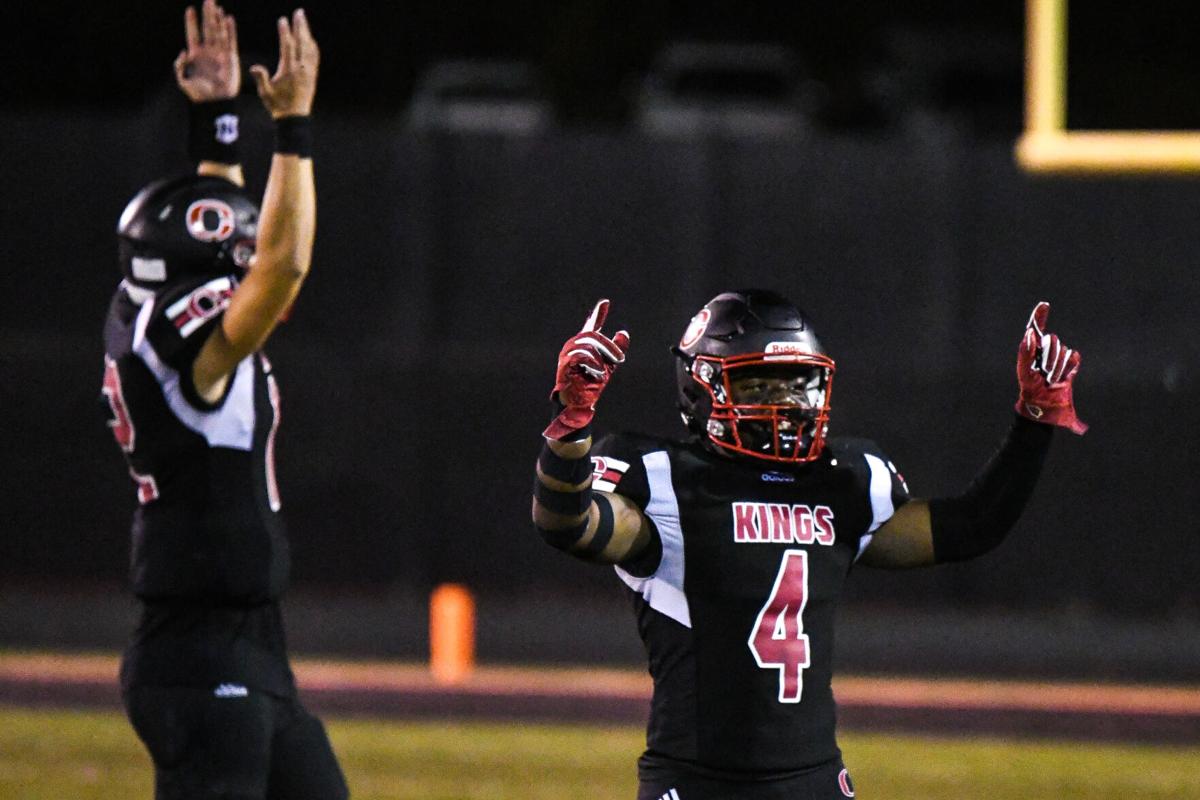 Clinton senior Marquan Williams celebrates while leaving the field after the Clinton River Kings shut out Maquoketa 28-0 on Friday night for their first win of the year. 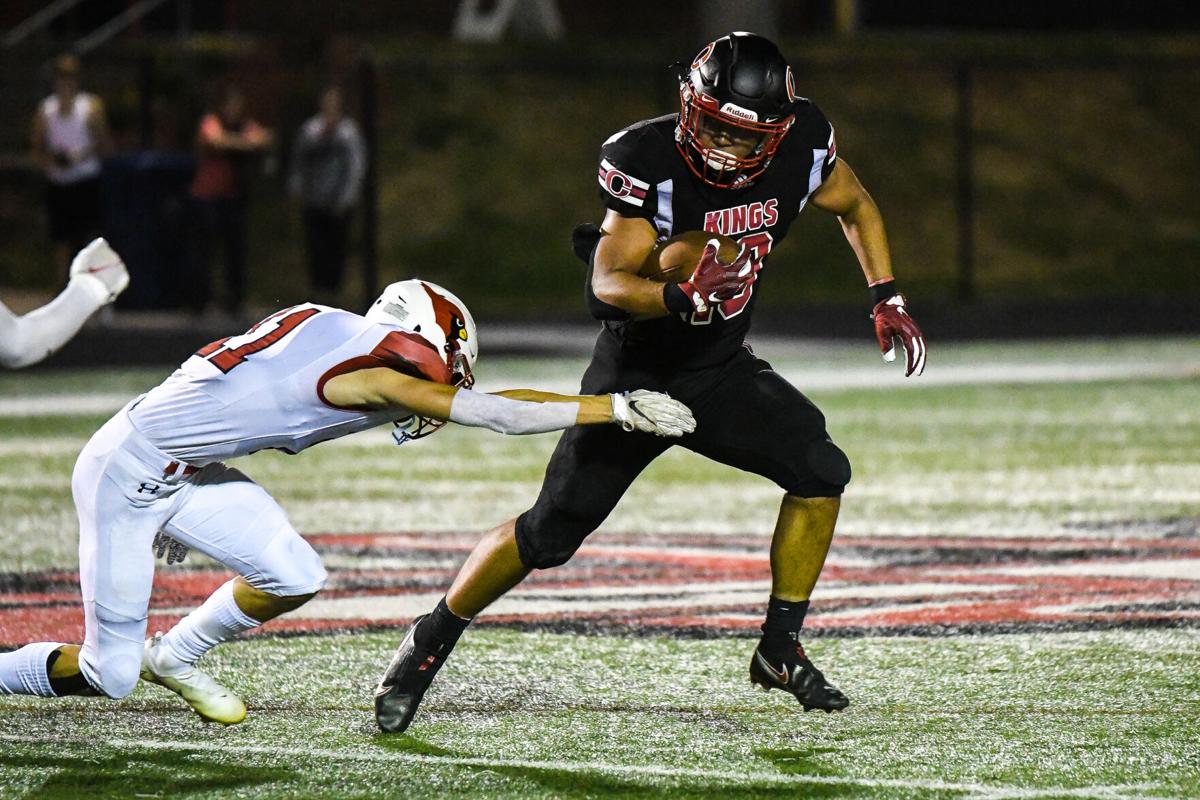 Clinton running back Tavian Bailey avoids a tackle on a rush attempt during the River Kings’ 28-0 win on Friday night. 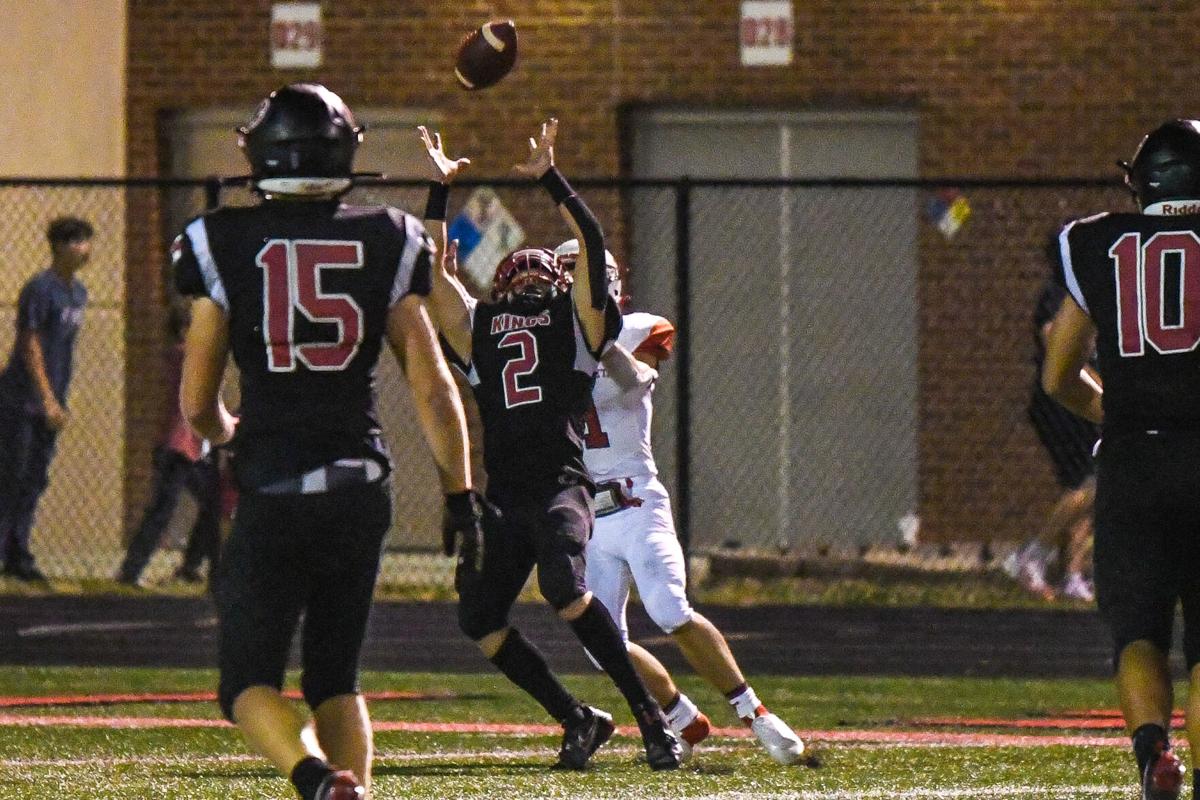 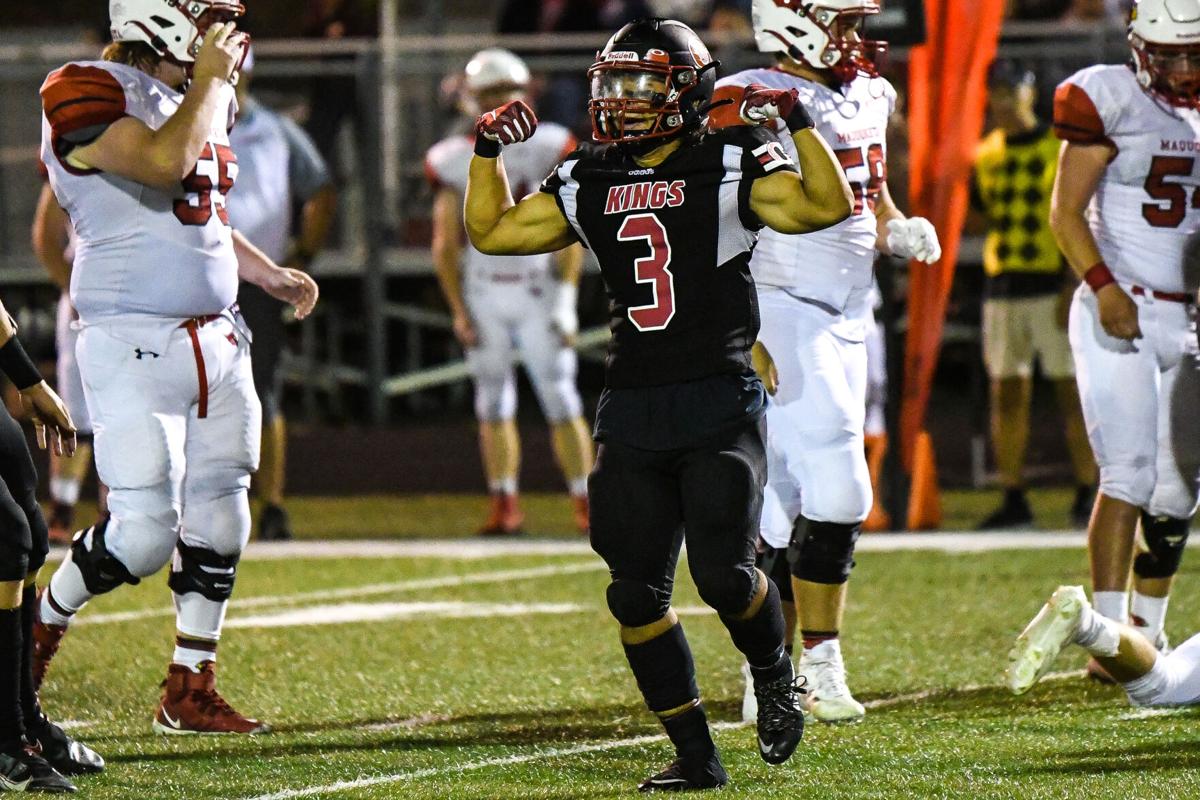 Clinton senior Marquan Williams celebrates while leaving the field after the Clinton River Kings shut out Maquoketa 28-0 on Friday night for their first win of the year.

Clinton running back Tavian Bailey avoids a tackle on a rush attempt during the River Kings’ 28-0 win on Friday night.

CLINTON – It had been 24 games – more varsity games than any member of the Clinton River Kings has played in their career.

But that 25th game ended differently – a win.

The Clinton River Kings blanked Maquoketa 28-0 on Friday night at home for their first win since Week 4 of the 2018 season, breaking a 24-game losing streak and giving them a win on the season.

“We didn’t ask to be in this situation,” senior Nate Beeler said. “Losing 24 games, we started playing in the middle of it, it feels so good to get out of it. It feels numb – it hasn’t hit me yet.”

It was the first win for head coach Nate Herrig as well, who is in the middle of his second season at the helm of the program.

“It’s hard not to feel good,” Herrig said. “We’re going to revel in this and enjoy it. It’s been a long time.

“It’s so funny because we get told we’ve been playing well in this game or that, but I always say that playing well is not getting it done. We want to win the ball game. We were finally able to execute and get it done tonight.”

The River Kings deferred and sent their defense out to start the game. The energy built from there.

“We said defense, we’re up first,” Herrig said. “We want to get the ball back and we want it to be zeroes. We set that tone on Monday and we were the more physical team tonight – that was our goal.”

A hot start came for the offense, especially in the air from quarterback Jai Jensen to Zach Connell.

“The [defense] came out and got a huge stop,” Jensen said. “We came back and scored right away and that was the momentum shift. After that, we knew we could.”

Connell also capped off the half with an impressive 96-yard touchdown play to take a 21-0 lead into the locker room.

“We tried a little bit of a new offense this week,” Jensen said. “They were covering Devan [Galant] pretty good, and Zach [Connell] had a great game.

“Honestly, we ran the ball well and passed the ball really good. A lot of things were open tonight.”

“We had great pass blocking, and that’s what started it all,” Connell said. “It kicked up the momentum and we went crazy from there. Our team is very momentum based … we kept rolling after a couple touchdowns.”

And Coach Herrig: “Our pass protection was very good. We kept Jai [Jensen] clean for most of the first half. We threw the ball very well and had a good scheme coming in … we executed well.”

Clinton extended their lead in the second half with a run from Addison Binnie. Binnie caught a pass from Jensen in the Clinton zone and then ran it 60 yards for the fourth touchdown of the night.

“I think it just carried on to the second half,” Beeler said. “ I remember Coach said to keep going, to act like we’ve been here before and that’s what we did.”

Even though there were no scores the rest of the game, the Clinton defense made multiple plays, including two separate interceptions (Addison Binnie, Aiden Thomas) and multiple tackles for a loss.

“We were talking about it, I don’t think we’ve had an interception since [Nate] Herrig has been coach,” Beeler said. “To get more than one in one game is ridiculous. I trust those guys when we call for it and they’ve got cover they’ll do their jobs.”

That included two in a row from Nate Beeler early in the third.

“I trust my coach and if he says to blitz I’m going to go,” Beeler said. “It worked every time, and it put the team in a good position for stops. It felt good, I’ll do it for my team.”

A few big runs from Tavian Bailey didn’t result in scores, but kept the game moving. Jai Jensen took a knee and the River Kings exited the field with their first victory under their belt.

The student section joined the team on the field.

“I’m at a loss for words,” Jensen said. “This is the greatest feeling ever.

“We stayed together and we stayed resilient.”

Clinton (1-3) stays at home next week, welcoming Burlington to Coan Field for Week 5 play and the first district game of the year.