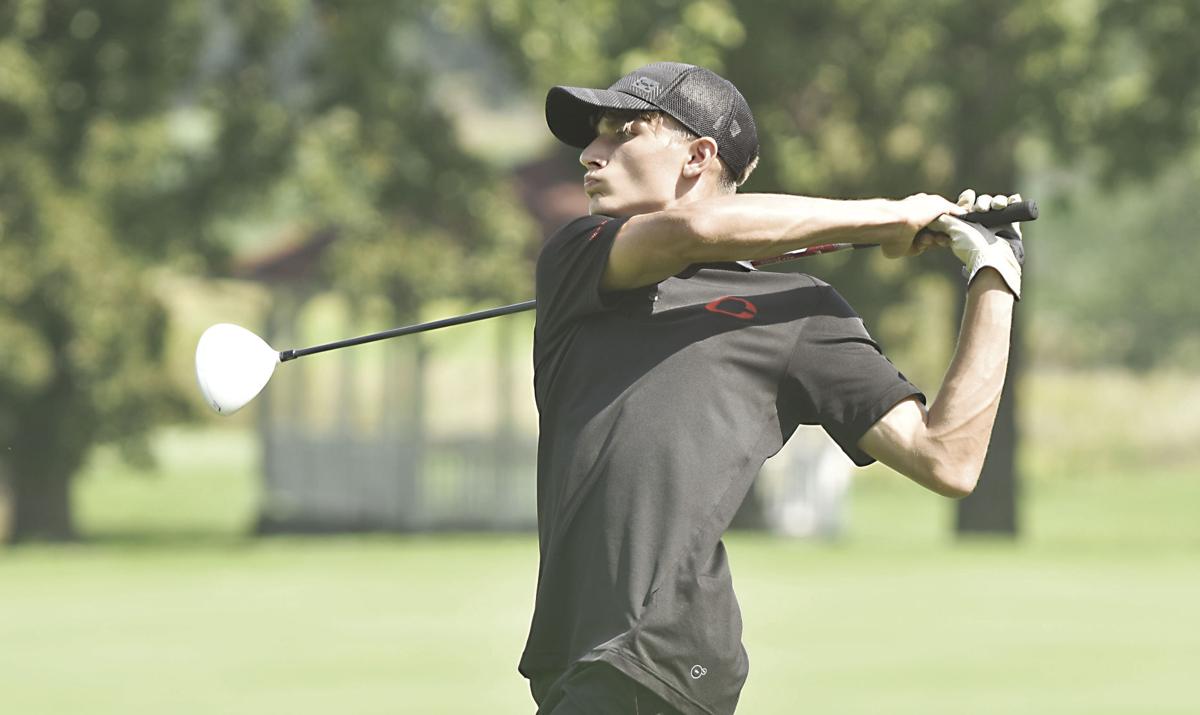 Clinton’s Ty Koehler follows his ball after teeing off during the River King Invitational at Valley Oaks on Thursday morning. 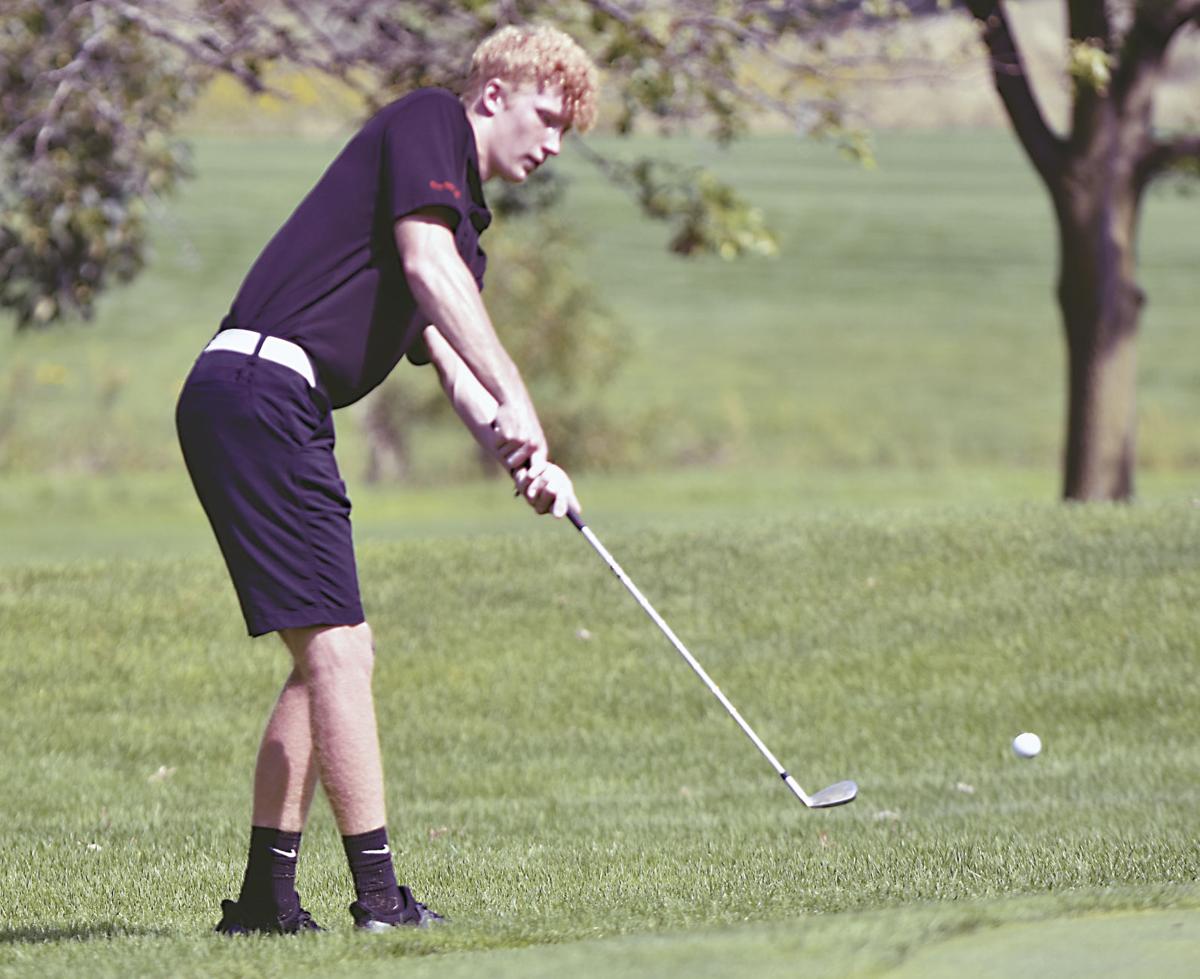 Clinton’s Noah Hayton chips a ball onto the green at Valley Oaks on Thursday. 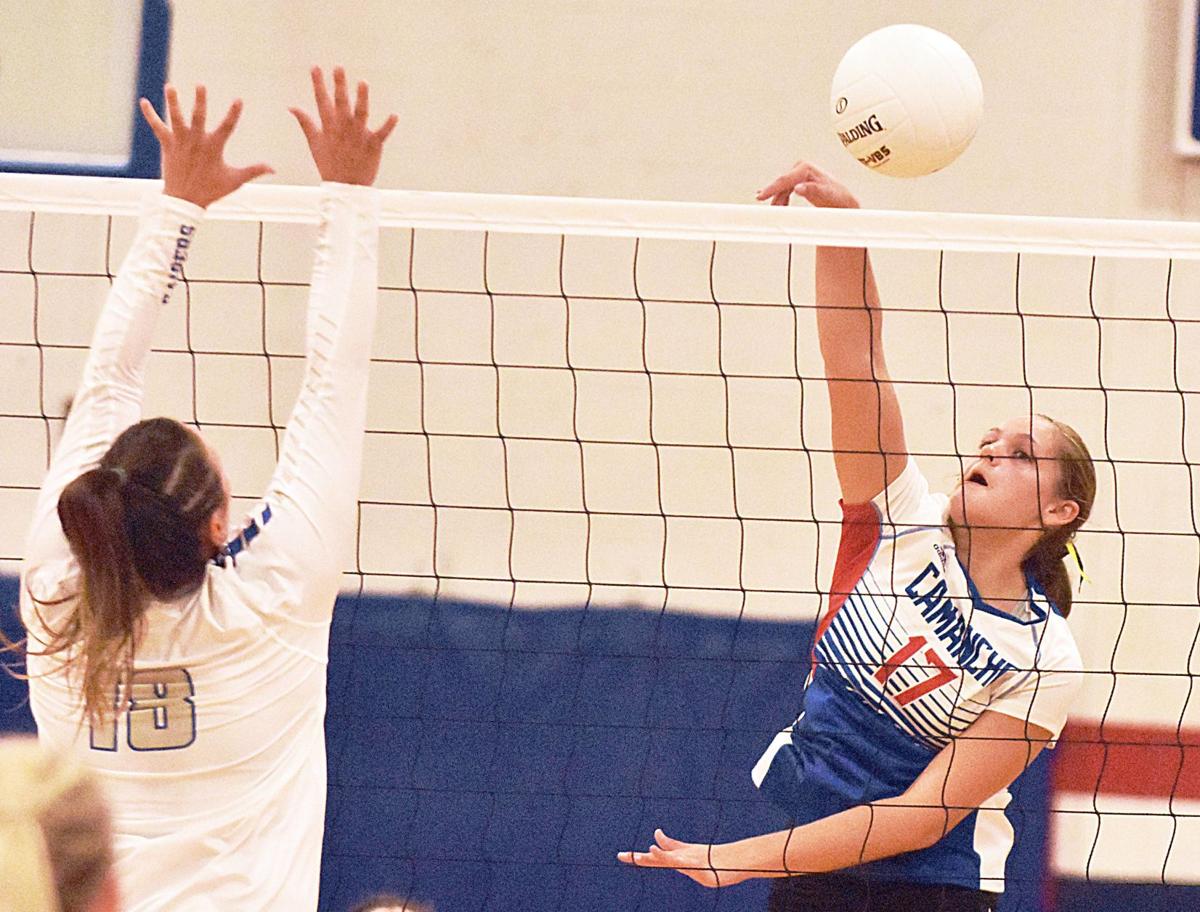 Camanche sophomore Lauren Snyder attacks from the outside during Camanche’s win over Anamosa on Thursday.

Clinton’s Ty Koehler follows his ball after teeing off during the River King Invitational at Valley Oaks on Thursday morning.

Clinton’s Noah Hayton chips a ball onto the green at Valley Oaks on Thursday.

Camanche sophomore Lauren Snyder attacks from the outside during Camanche’s win over Anamosa on Thursday.

CLINTON – There was some frustration from the Clinton River King golf team as they petered into the clubhouse after 18 holes on Thursday.

“It’s been the story of our season,” head coach Paul Niedermeyer said. “We get a couple good scores and can’t put another one up.”

The River Kings golfed to a sixth place finish out of nine teams on Thursday at their home invitational at Valley Oaks Golf Club. While Pleasant Valley won the invite with a team score of 312, the River Kings came in with a 368.

It was led by Joe Simpson, who shot an 80. Behind him, Andrew Brisch shot an 88.

“Joe had a decent round, but didn’t have a very good back round and I’m sure he wasn’t happy with that,” Niedermeyer said. “Andrew had several double bogeys but overall didn’t have a bad score.”

The River Kings said in their team meeting after the invite what Niedermeyer has been seeing all year: it’s not every hole. They will golf a decent stretch but add on a number of bad moments to chase their final score up.

“They all had different train wrecks here or there,” Niedermeyer said. “When you get into the scoring areas you have to be able to make a score and we’re not doing it.”

It’s been a similar story throughout the season. Simpson, who is ranked 38th in the state at the moment for individuals, has stayed fairly consistent. Below him, the River Kings have handed in a wide variety of scores, often finishing in the middle of the pack come tournaments.

“I think at this point we want to be playing better,” Niedermeyer said. “We’re doing the same thing we’ve been doing all year.”

It didn’t help that they had the home-course advantage. Still, they’ll get to come back to Valley Oaks for competition in October, when they host their district meet.

“On our home course, I think everyone agrees it’s kind of disappointing,” Niedermeyer said. “But we have a chance to come back for the district tournament and hopefully they’ll point to that.”

The River Kings take a week off now, back to the courses for competition on Monday, Sep. 19 in Davenport.

“We’ll take a week and practice hard and try to figure out what part of our games we’re having trouble with,” Niedermeyer said.