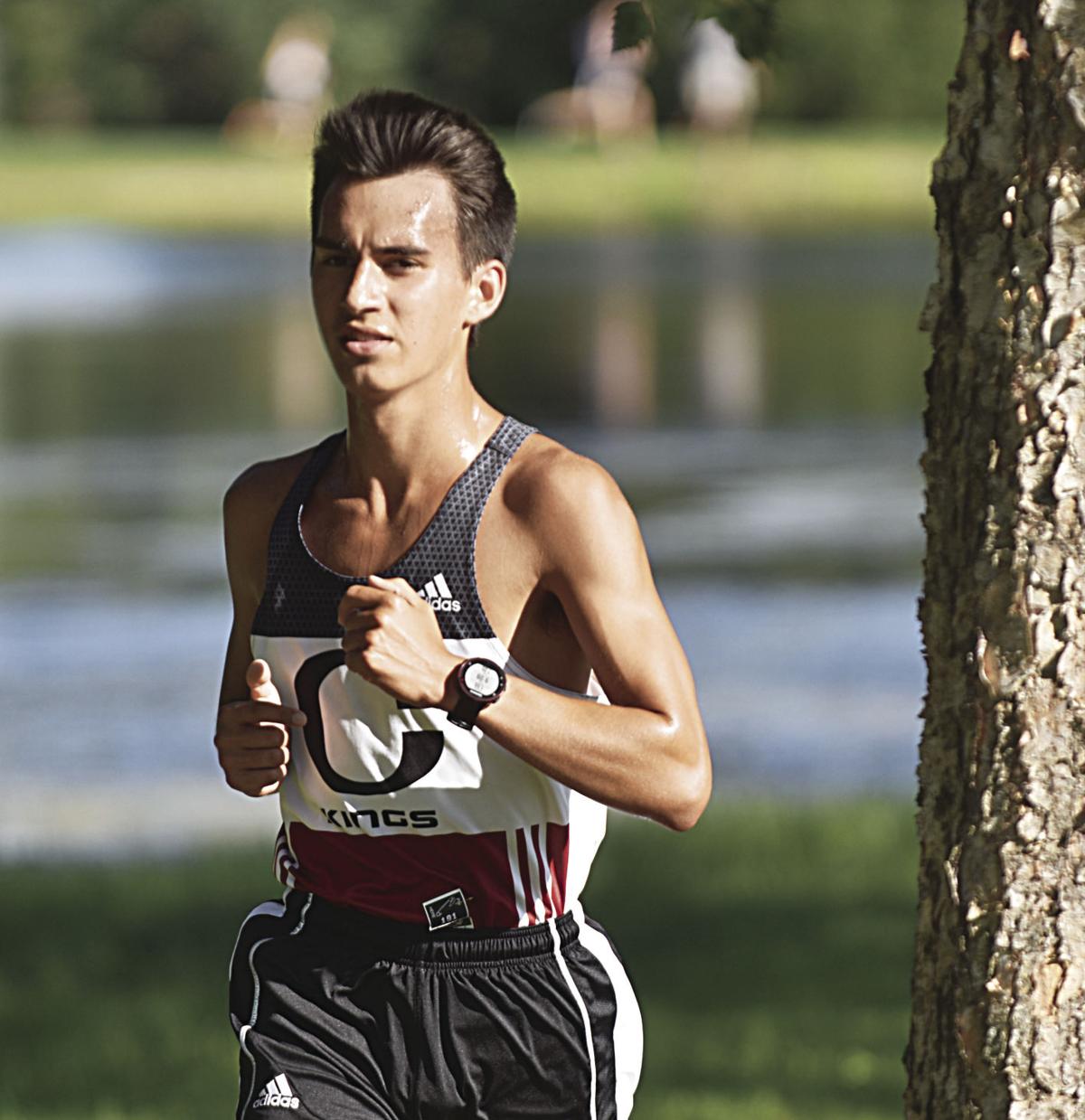 Clinton’s Noah Smith runs during the local meet at the Erickson Center on Tuesday. 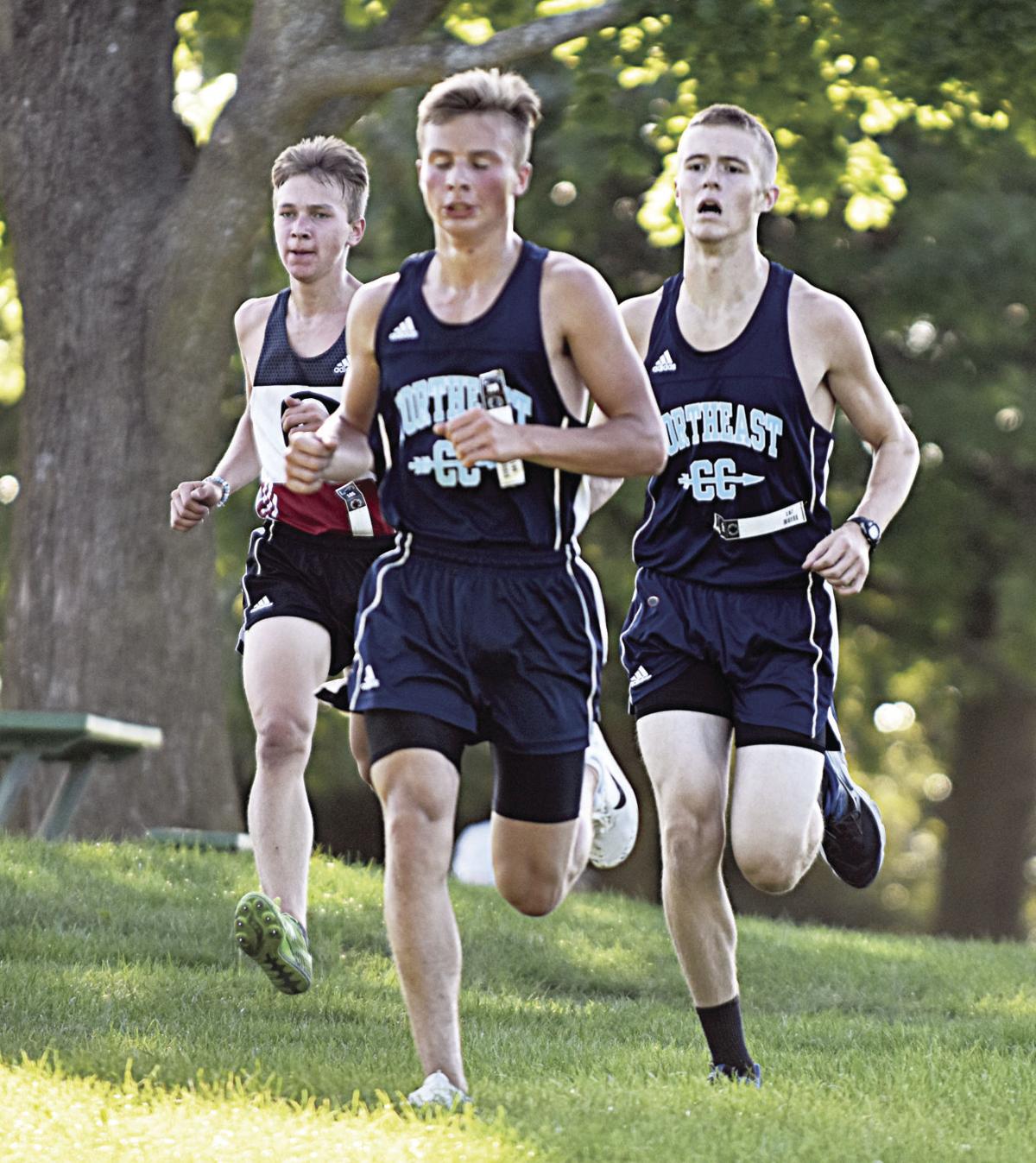 Northeast’s Thomas Machande and Nathan Ketelsen and Clintons Kyle Gassman run toward the finish line during the cross country meet on Tuesday in Clinton. 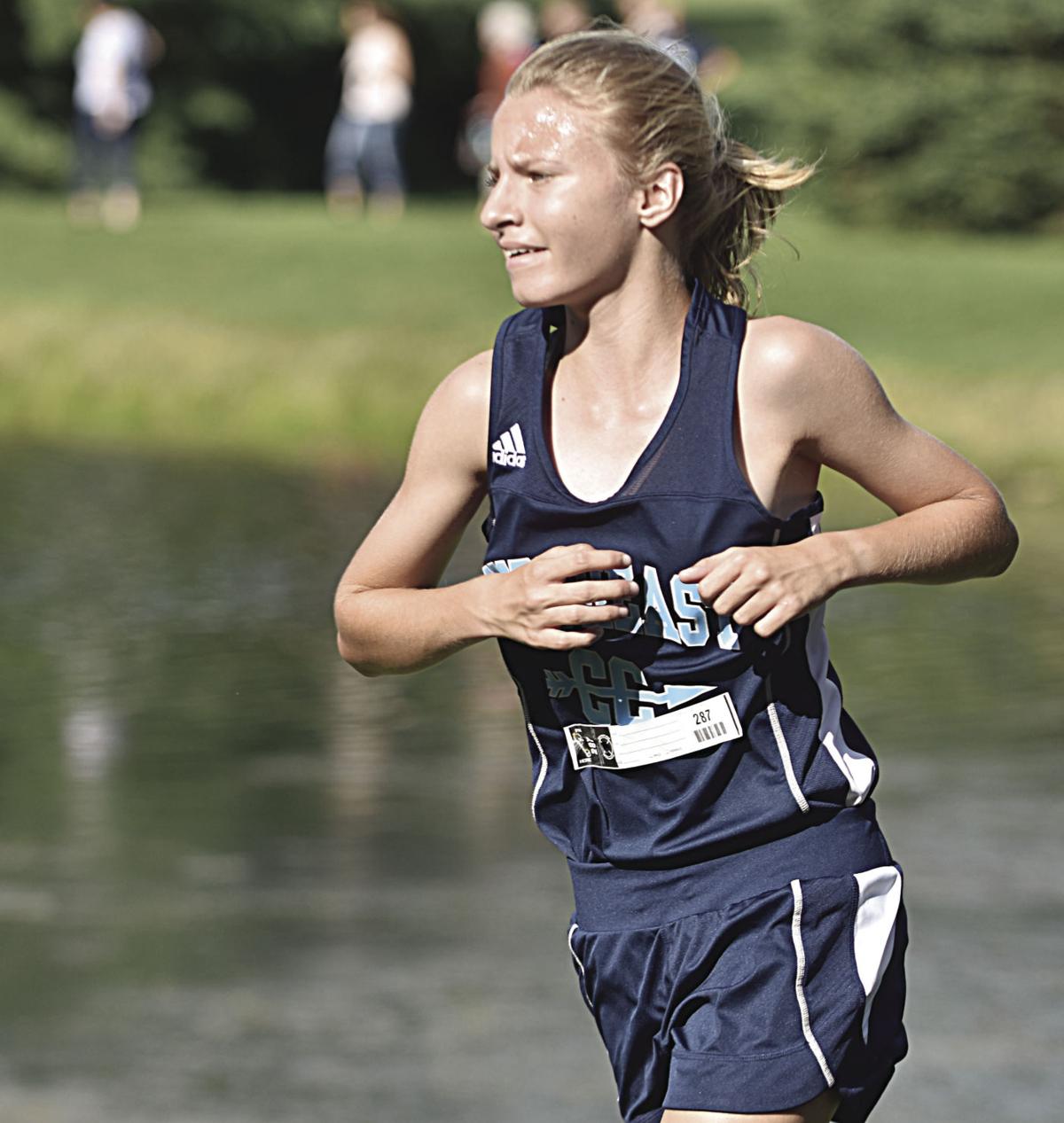 Northeast’s Cenady Soenksen, a freshman, runs at the meet on Tuesday afternoon. Soenksen finished in 21:57.73, the first Rebel to clock in.

Clinton’s Noah Smith runs during the local meet at the Erickson Center on Tuesday.

Northeast’s Thomas Machande and Nathan Ketelsen and Clintons Kyle Gassman run toward the finish line during the cross country meet on Tuesday in Clinton.

Northeast’s Cenady Soenksen, a freshman, runs at the meet on Tuesday afternoon. Soenksen finished in 21:57.73, the first Rebel to clock in.

CLINTON – A beautiful Tuesday afternoon at Emma Young Park offered a good picture for both Northeast and Clinton as cross country athletes ran their first official races of the season.

The small meet consisted of just the two non-conference opponents, but that’s the kind of situation coaches want when they’re just trying to get the nerves out of the way.

“It’s nice because we get the practice in,” Northeast coach Trent Weaver said. “They get the nervousness out.”

The Rebels had runners surprise with times in their first meet, especially on the girls’ side. The first girl to clock in overall was Cenady Soenksen, a freshman. She finished her portion in 21:57.73.

“I’m excited for this girls season,” Weaver said. “We had a lot of middle schoolers come up, and coming out as freshman this year and representing Rebels today, they did awesome.”

It was more than he expected in their first varsity competition. Not to mention, Emma Young Park is a hilly course compared to the flat campus in Goose lake.

“[I’m] happy, especially on a course like this, they have a great course,” Weaver said. “It’s different than what we practice on because they have a little bit more hills.”

The Rebel boys had a decent outing too. Returning state qualifier Andrew Hilgendorf finished in 17:50.06.

Thomas Machande and Nathan Ketelsen were fighting with Clinton’s Kyle Gassman near the end, all of them clocking in within four second of each other.

“I like [the grit], especially close to the end, that’s what makes our sport fun,” Weaver said. “Races that come down to the last hill climb. it’s about fighting until the very end and I’m proud of him.”

Overall, Weaver seemed optimistic about what his team showed in their first appearance. It help that they’ll be back on the same course within the week.

“Tomorrow, we recover and talk about how we felt,” Weaver said. “We think about strategies on from there, and then next week we’ll be back here.”

The Clinton River Kings and Queens also had their first runs out of the way, although theirs were on their home course.

“For whatever reason, people get uptight,” head coach Kellen Schneebeger said about the first race of the year. “You can see strides change and the stress of the whole thing. I think a week from today you’ll see some pretty good drops.”

For the girls, Schneeberger really wanted to gauge where everyone was at in their training. He has a lot of multi-sport athletes who do different conditioning throughout the summer, like Abby Struble who focuses on tennis.

“I think we just had a good indicator of where we are fitness wise,” Schneeberger said. “I was happy with where we’re at. They felt like they had enough left that they felt like they could have pushed harder and that’s a good sign.”

Abby Struble was the first Queen across the line, finishing in 25:49.32. Selene Tello was close behind clocking in at 26:08.00. Kaylie DeSwart was ten seconds behind her.

“We competed really well, and now we have the first one under their belts,” Schneeberger said. “I think we’re going to pretty good from here on out.”

“It sounds like we’re ahead of last year, which is good,” Schneeberger said about his athletes’ first times of the year. “If everything falls as it should, we should have a couple runners in the sixteens and that’ll be a huge step for us.”