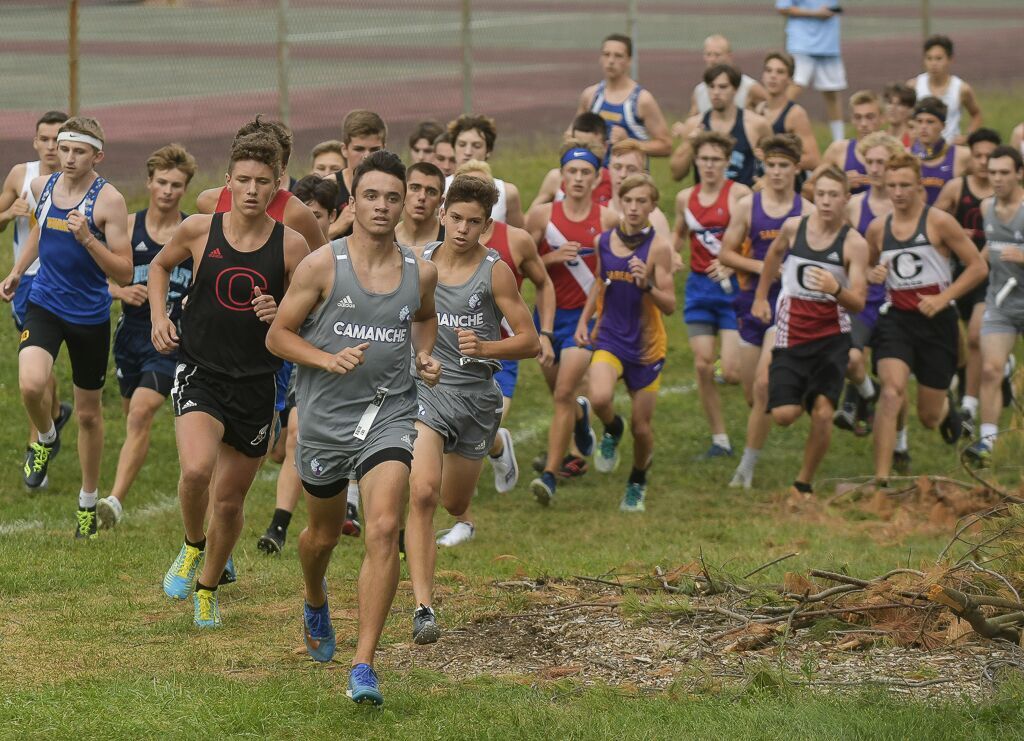 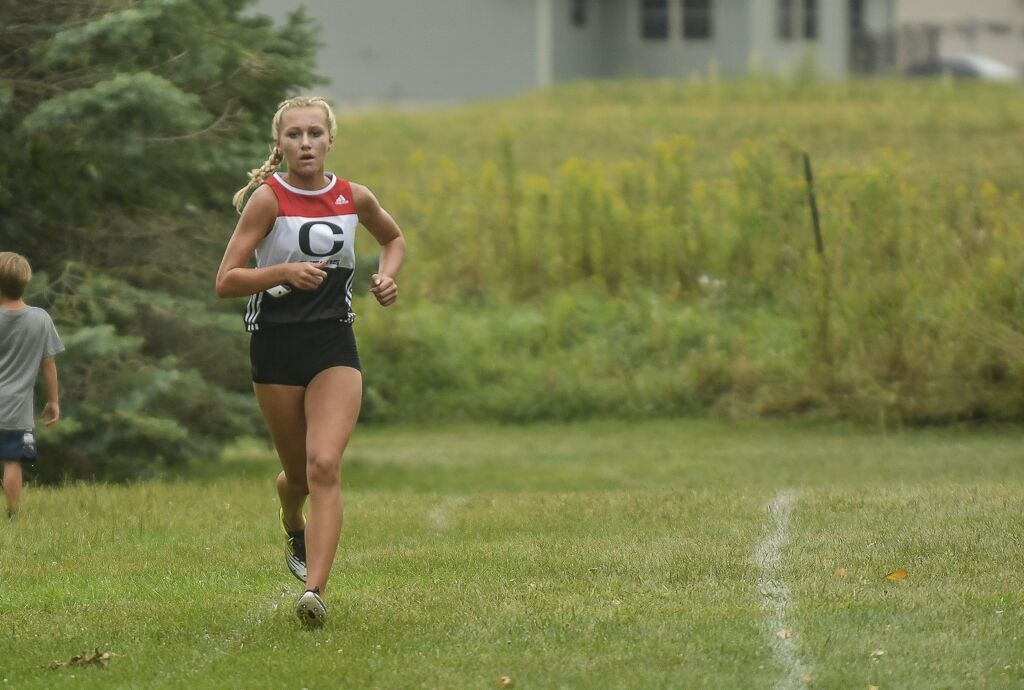 Clinton freshman Camryn Sattler comes around the final corner alone on Tuesday afternoon, running the last straightaway towards the finish line at Emma Young Park nearly a minute ahead of the rest of the field. Sattler won her first varsity meet for the River Queens at the School House Open.

Clinton freshman Camryn Sattler comes around the final corner alone on Tuesday afternoon, running the last straightaway towards the finish line at Emma Young Park nearly a minute ahead of the rest of the field. Sattler won her first varsity meet for the River Queens at the School House Open.

It looks like she’s been running it her entire life.

Camryn Sattler had no issues on the course despite having never run it before.

“I’ve never ran this course before even though it’s my home course,” Sattler said. “I started off fast. I just kept pushing the whole race and had my eyes on first place.”

She couldn’t contain her excitement after crossing the finish line.

“It feels amazing,” Sattler said. “I put so much work in over the summer. My teammates really pushed me, especially my older brother, Conner Sattler, and my coaches helped me tremendously.

Her brother was proud of his younger sister and said they pushed each other in the offseason.

Conner Sattler, who ran 437 miles in preparation for the season, said he had a good start to the year.

“In the beginning, I was really trying to stick with the top group after coming up as a junior, being my first year as an upperclassmen,” Sattler said. “I’m really looking to win races this year and come out of my shell, really drop some time and hopefully make it to state.

“It went well. There’s obviously areas we can work on. I’m pretty happy with it as the first race of the year.”

“It’s a testament to the work they’ve put in,” Schneeberger said. “They had a really good summer. They put in a lot of miles and Ethan Buer, our No. 2, put in a ton of miles as well, so good team effort. Those two set the pace for us and that’s kind of what we’re hoping to see here every time out, but bottom line, I’m really pleased with how things turned out today.”

Darsidan said it was good to be back competing.

“It felt really good, especially being able to run the race with my teammate (Andrew Butt),” Darsidan said. “In general, it’s just nice to be back running and racing again, and being with the team after missing so much due to the virus.

“It’s really great to get out and compete again.”

Darsidan was proud of his teammate for stepping up.

“I improved a lot from last year, so I didn’t really know what time I was going to be around,” Butt said. “I was just hoping for Dylan to set my pace for me, stick with him as long as I could and see what happens with the other runners, see what they would do.”

Darsidan, now a senior, is taking his role as a team leader seriously.

“Especially for me being a senior now, we had some upperclassmen the past couple years — I was more of a silent leader and now this year, I’m stepping into the role as the team leader, the vocal guy.

“It’s new for me, but it’s new for everybody. We’ve had a lot of familiar faces around and now having a different team and trying to put stuff together, everybody has the same goal and we want to get back out to sate again as a team.”

Camanche coach Erin Montogomery was happy to see the team accomplish its goal.

“That was actually a goal that we set a week or two ago, is that we wanted to take that 1-2, because we know how hard both of the guys have been working in the offseason,” Montgomery said. “(The team) have been working pretty hard since we were able to start working about July 6 and we haven’t had any time where we’ve had to be on lockdown or anything.

“The last three Saturdays we’ve actually come out and run on the course and got the kids familiar with it. We’re just happy to finally get a meet in and hope they keep coming.”