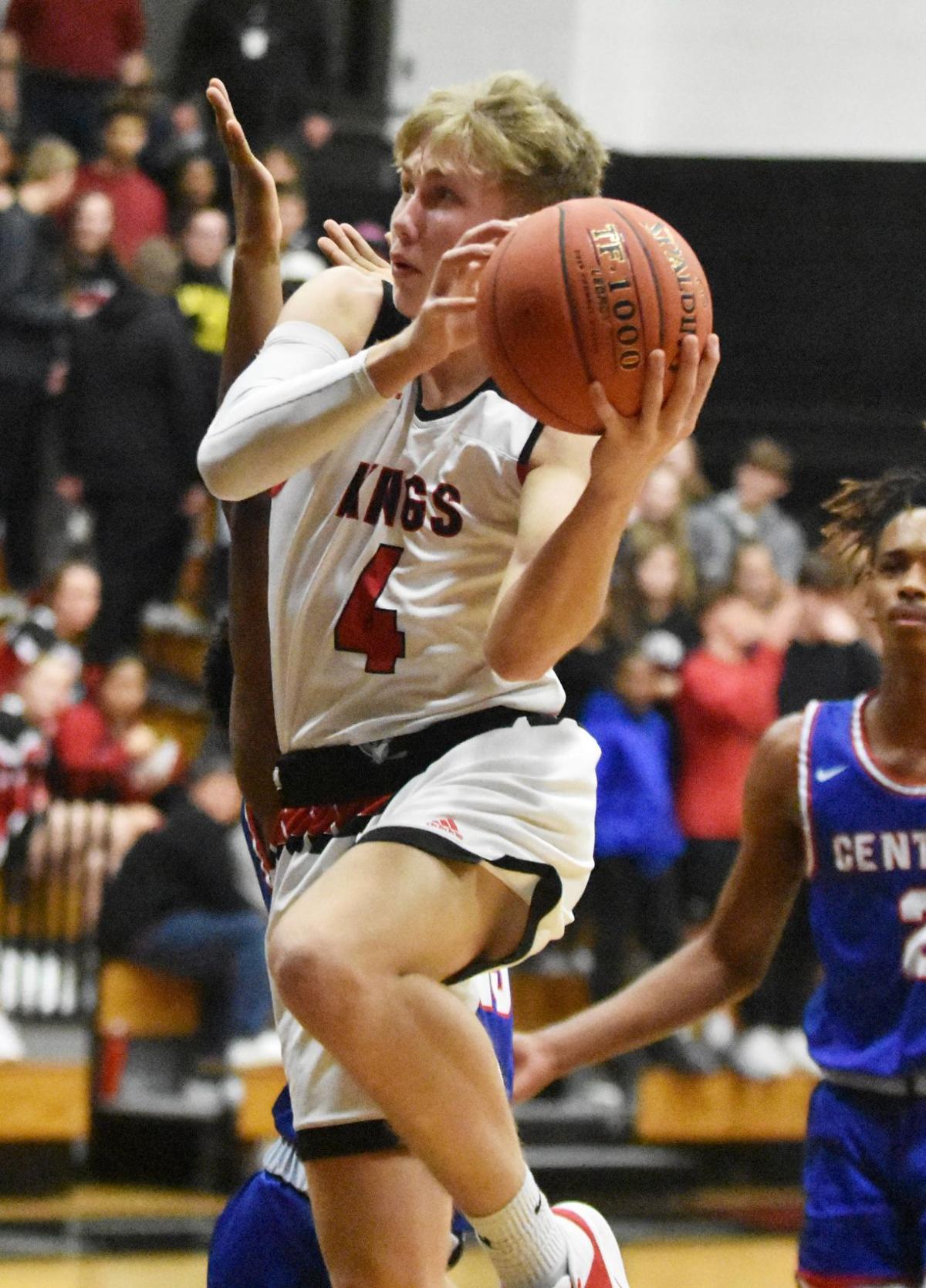 Clinton senior Zach Hoffman drives to the basket in the first half of Clinton’s 70-65 loss to Davenport Central on Tuesday night. Hoffman led the Kings with 18 points. 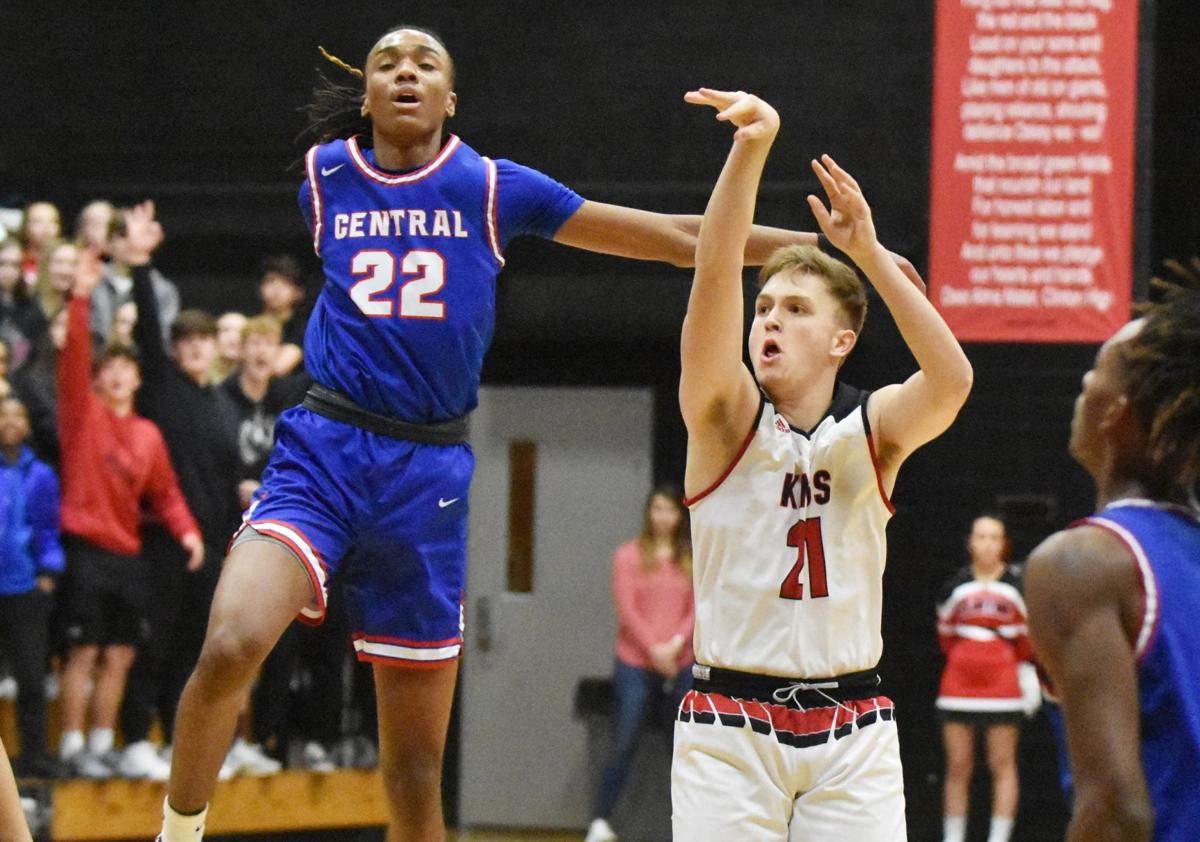 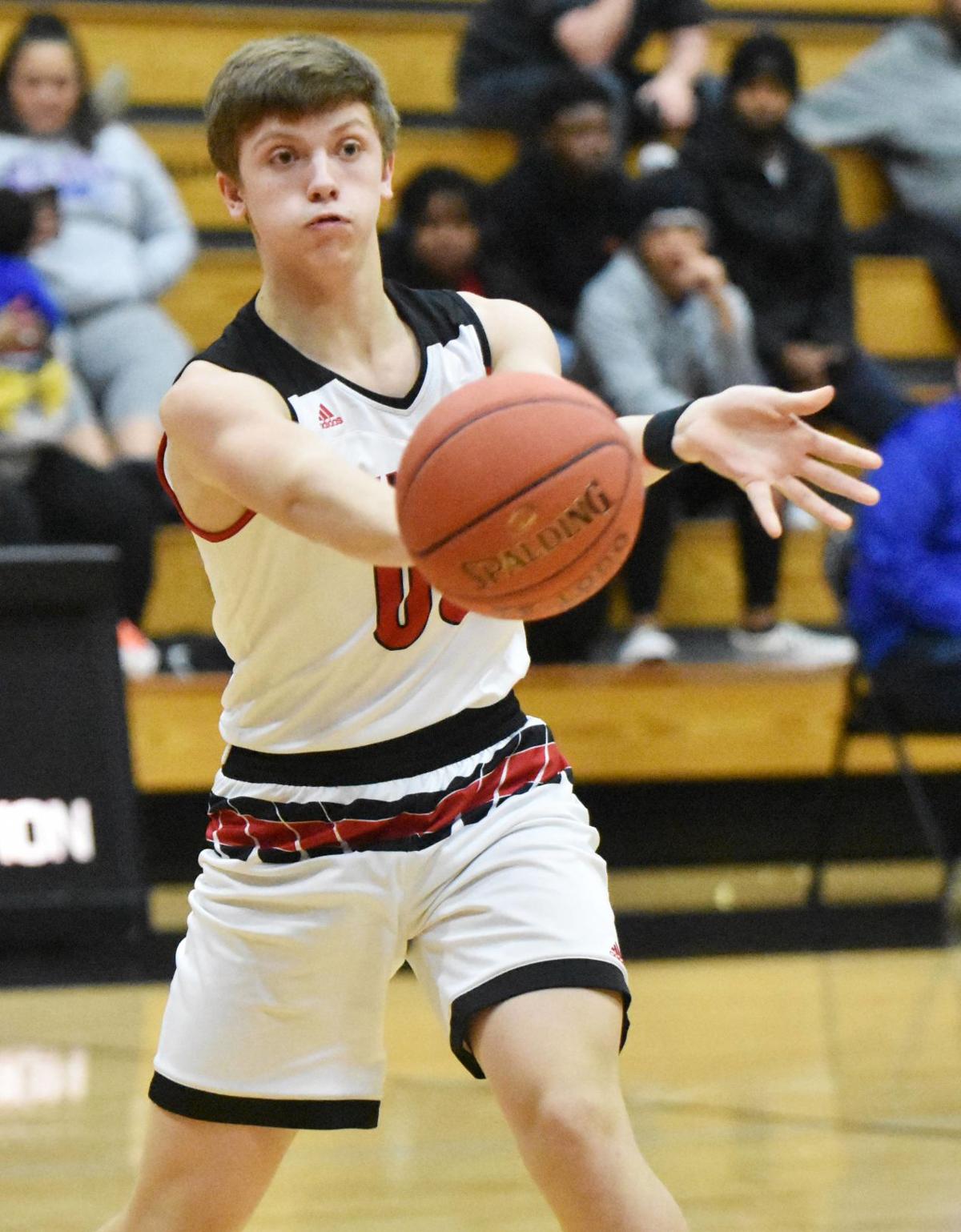 Clinton’s Jai Jensen makes a pass to the wing.

Clinton senior Zach Hoffman drives to the basket in the first half of Clinton’s 70-65 loss to Davenport Central on Tuesday night. Hoffman led the Kings with 18 points.

Clinton’s Jai Jensen makes a pass to the wing.

CLINTON – Even with a ten-point deficit and under a minute to play, the Clinton boys basketball team wasn’t done.

They kept playing, and they kept playing hard. They put up five points and forced two turnovers in the final moment, to cut down a Davenport Central lead before falling 70-65 on Tuesday night in Clinton.

That was after an entire second half battle, where they cut a huge lead down to just four points.

The River Kings started off slow. In the first quarter, Ersland tried subbing the entire floor to get a new look in the game, but the rotations just didn’t click. Nothing was happening on offense and the River Kings ended with nine first quarter turnovers.

“We wanted to see if we could get a rhythm with a couple groups of kids,” head coach Troy Ersland said. “We had one group play a little bit better than the other.”

By the end of the first quarter, they were trailing 26-8.

The five in – five out rotation wasn’t doing the trick, and Ersland went back to a more normal substitution in the second. Clinton cleaned up their act and made some headway of the deficit, trailing 34-21 by the end of the first half.

“They easily could have given up at that point,” Ersland said. “They kept fighting and clawing and we got within striking distance.”

The third quarter was where they really rallied. Damarcus Knox opened things up with a short jumper. Treveon Bailey then put in two consecutive buckets to cut the lead to single digits for the first time since the first quarter.

“These guys are resilient,” Ersland said. “We keep preaching that to these guys and we had a great practice yesterday. It’s showing, they like playing with each other and rooting for each other.”

They were only down by five by the time the fourth quarter started, but fouls and bonus free throws kept Davenport Central extending their lead back to double digits. The clock ran out of their final rally.

Zach Hoffman impressed with 18 points for the River Kings, finding them both in the paint and from the outside. Hoffman, who had been quiet offensively, was often the spark when the River King offense went cold.

“We’ve been encouraging Zach to be more aggressive on offense because he does a lot of good things in practice,” Ersland said. “Tonight he kind of broke through and it was great to see from him.”

Treveon Bailey finished with 14 and Max Holy contributed another ten.

Junior Joe Simpson impressed on defense with rebounding against a significantly taller team. The Blue Devils managed eight offensive boards throughout the night, but Simpson did a lot of work from the blocks for the Kings to subdue them.

“He’s coming off his best two games of the year,” Ersland said. “Joe sat out for a whole year and I feel like he’s just starting to get it again, he’s starting to click.”

In the final moments of the game, Ersland could be heard saying “this is something to build off” from the bench. The River Kings lost to the Blue Devils by 41 points the first time they saw them in December.

The River Kings fall to 1-12 and travel to North Scott this Friday to take on the Lancers. The Lancers won the first meeting 69-36 in mid-December.