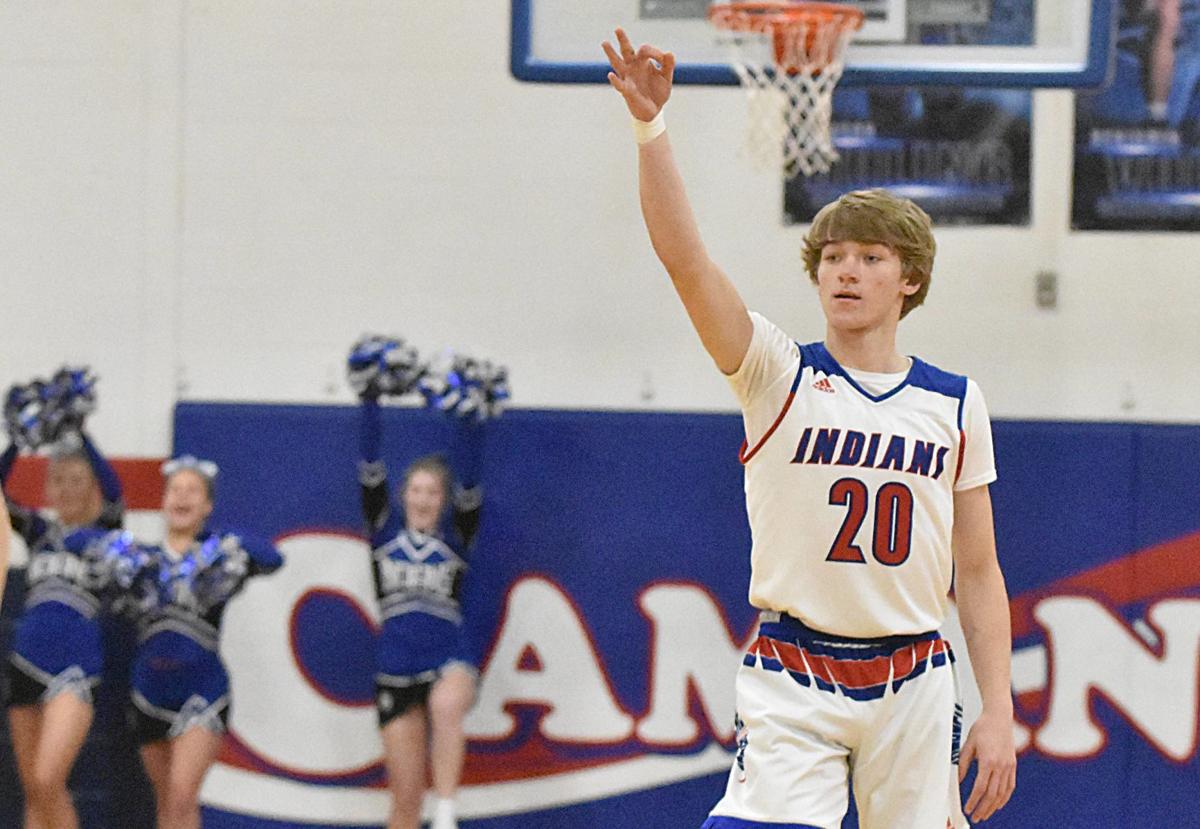 Camanche senior Cameron Soenksen reacts after hitting a three-pointer during the No. 2 Indians’ win over Monticello. 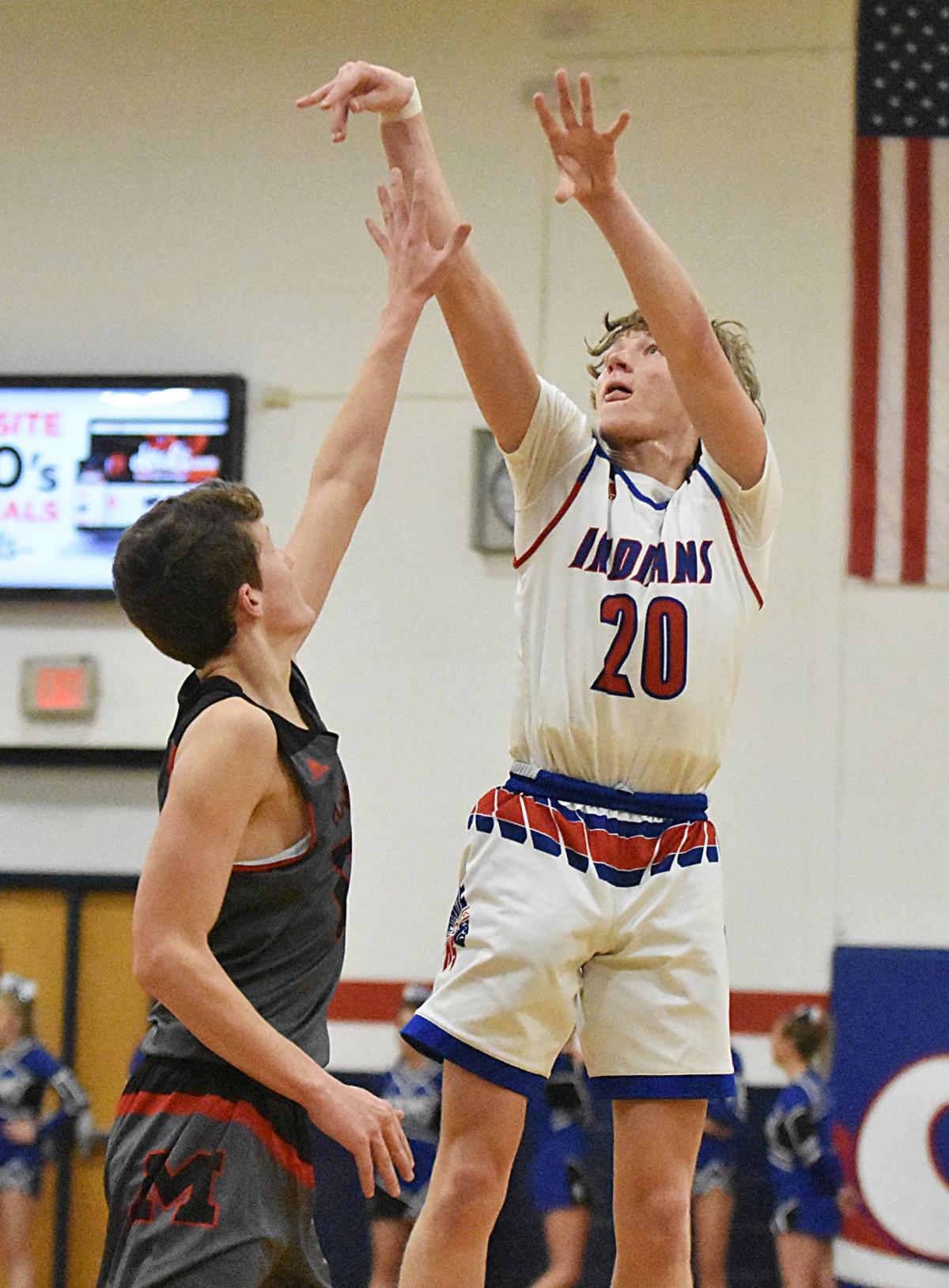 Camanche senior Cameron Soenksen reacts after hitting a three-pointer during the No. 2 Indians’ win over Monticello.

It was a long offseason for Camanche senior Cameron Soenksen.

The Camanche shooting guard dislocated his shoulder, leading to a torn labrum and fractured humerus. That left him going under for surgery and heading to months of physical therapy, missing an entire offseason of basketball before his last go around with the Indians.

It didn’t end there. Soenksen was feeling back to himself and played in the preseason scrimmage with his team before he started to feel back pains. He had an MRI done and waited for the news.

Just as his senior basketball season was about to start he learned he had a herniated disc in his back that could only be fixed with surgery.

“It was tough, it was super tough,” Soenksen said. “I was at school and I was hoping for good news. As soon as I heard I needed surgery, it felt surreal.”

He was on the operating table for the second time in less than a year and told that he would be out 8-12 weeks after that. That put him near the end of the Indians’ season.

But he’s young and definitely motivated, with the Indians poised to make a postseason run for yet another year.

“At about week four, I felt like I could do stuff again,” Soenksen said. “At four and a half weeks, my PT guy let me go and said I could start playing.”

Soenksen recorded 16 minutes just three games ago, and 20 minutes the next game. On Tuesday against a top Monticello team, Soenksen was cleared to play his first full basketball game.

He was never out of the loop when it comes to the Indians. Head coach Josh Davis and his coaching staff preach family when it comes to basketball, and even those on the sideline are constantly included.

“Everyone’s been through so much, we just really rally around our guys,” Davis said.

And Soenksen wasn’t the only one out. Brayden Lodge was out for a few games, while both Kyle DeWeerdt and Michael Delzell missed a few games to start the season.

Even last year both Jordan Lawrence and Chase Grim were out the entire season.

Davis estimated that Tuesday night was the first time he had his entire team dressed, healthy and on the bench in three seasons.

“They all have different things in their lives they have to battle through, they’re just there for each other,” Davis said. “They know how hard Cam worked to get back from back surgery in just five weeks. When a bunch of individuals are working that hard together, it pulls you together.”

That didn’t go unnoticed, either. Soenksen was dealing with a lot, especially when eyeing a college basketball career.

The Indians, along with the entire Camanche community, rallied and gave him a roaring welcome back.

“It makes you feel there’s always a community, always your teammates, always your coaches,” Soenksen said. “You always have people to fall back on. Things get tough and it’s a great feeling knowing your whole community is there and has your back.”

Soenksen is known for his speed, his athleticism and his outside shot. He’s averaged double digits all four years, including 13.9 points per game during his freshman year and the 2017 state run and 20 points per game last season.

Being on the sidelines, he had to take some other things in.

“I learned a lot of how others play,” Soenksen said. “I played with LJ (Henderson) as a young kid. It really gave me an understanding of how everyone is playing and how I can come back and fill my role.”

It seems he’s doing that. Soenksen’s first full game cleared was a top state matchup with Monticello, and he thrived. He had came out with 10 points and looked cool and collected on the floor.

The Indians are ranked No. 2 (Associated Press) in Class 2A, and have one thing on their mind. Soenksen is just glad to be back and be a part of it.

“One goal – state championship,” Soenksen said. “We’ve just been breathing it since we started it. We’ve had the opportunities but never came through with it. This year we have a lot of leadership.”

After four years as an Indian, though, he also wants to leave a legacy. He’ll do that in stats and wins of course, sitting just 90 points away from being the program’s all time leading scorer.

More than anything, he wants to leave a positive impact – on coaches and players he’s come across and from a lot of young eyes who hang on the athletes’ every move.

“I really want my teammates and coaches to know that through my four years, I’ve tried to do everything I could as a teammate, as a person that’s around younger kids,” Soenksen said. “I want to give my knowledge to as many people as I can.”