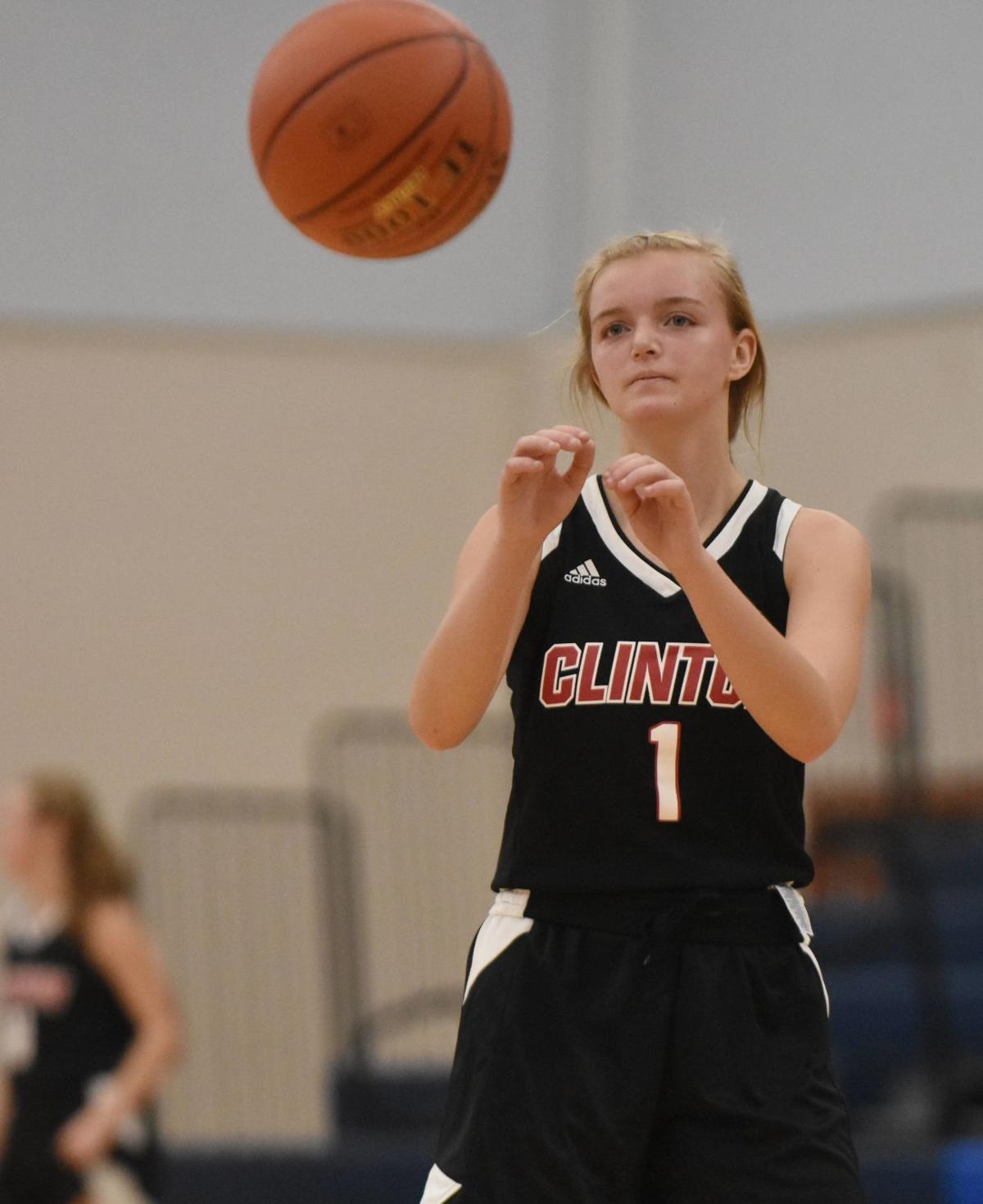 Clinton’s Elle Davis gets a pass during a road game for the River Queens. 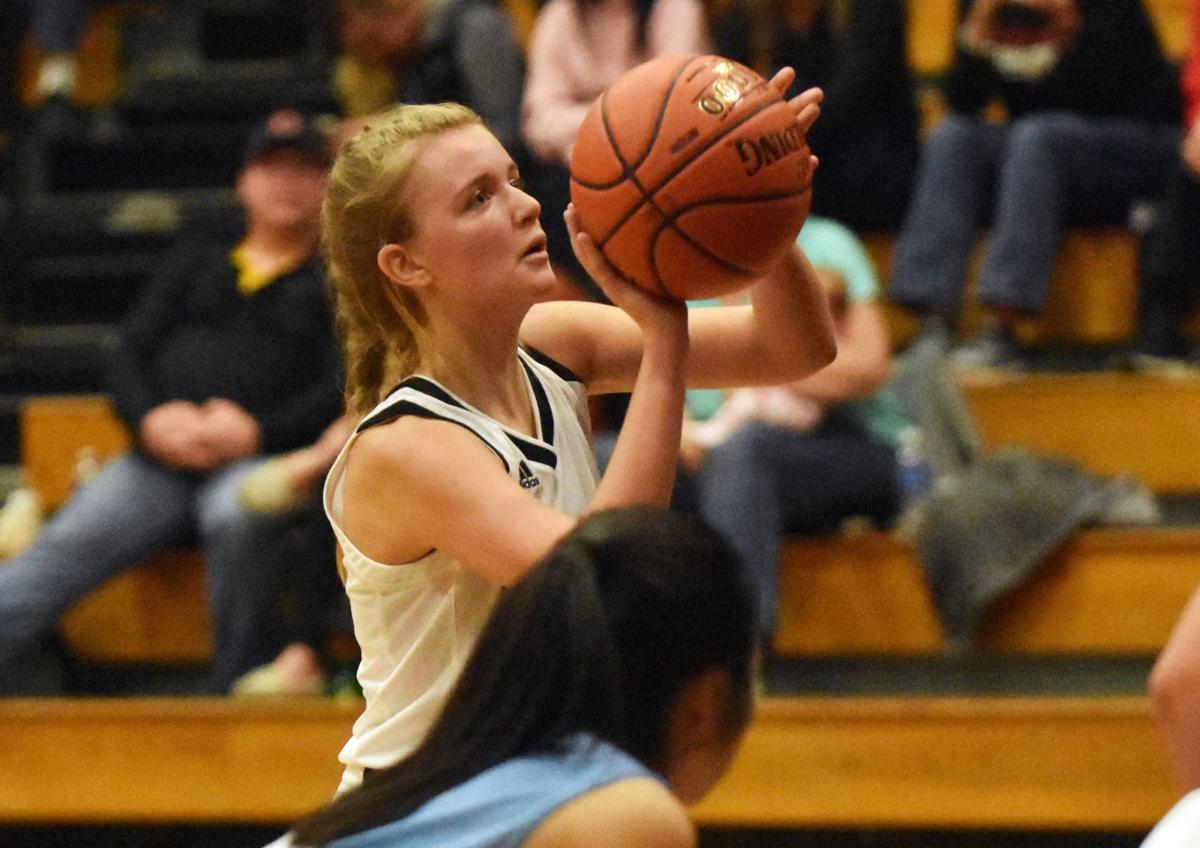 Clinton’s Elle Davis gets a pass during a road game for the River Queens.

It certainly hasn’t been an easy start to the season for the 0-8 Clinton girls basketball team.

That being said, it’s been especially hard on junior point guard Elle Davis.

Davis had to take over the role as the primary ball handler this year. She dressed varsity last season and saw minutes here and there, but the 2018-2019 roster was dominated with talented guards who took that role.

Not to mention Gandrup broke the assist records throughout her time as a River Queen.

Brand new head coach Cathy Marx said from the beginning of the season that Davis was going to have to take on a larger role with the team.

The petite and quiet junior has done that, but it hasn’t been easy having the entire offense on her shoulders.

“It’s been a lot stepping into the role of being the point guard and running the offense and telling everyone where to go,” Davis said. “I’m kind of shy but I’ve had to step up and learn how to be a leader.”

She currently leads the teams in assists and scoring, offering a pretty outside shot to the mix when she gets the chance to put it up. She also already has 74 turnovers this year, but that number is completely telling.

She started things off a bit wild, throwing the ball away regularly. Her turnovers and control have already improved immensely through the first eight games.

“We talk about breathing all the time,” Coach Marx said ‘We’re working on the offense, but she just need to be confident in breaking that press and then running the offense. Staying with it and telling people where they need to go. She’s come a long way.”

Davis says a lot of her confidence with the ball comes from those around her.

“It’s trusting my teammates and knowing that even if there is a turnover they’re right there behind me,” Davis said.

Marx is working on that. Even though Davis does most of the ball handling, she wants to see more of her guard-heavy roster step up to take some of that pressure off of her shoulders.

They’ve improved incrementally with a few players stepping up, sending Davis into more of a scoring position.

“We move Elle to the two sometimes and have Rylie Mussman run the point,” Marx said. “And we brought Jamie Greenwalt up. We’re working on it.”

Having the knowledge that her teammates can move the ball and the offense forward helps her immensely.

“I know I can take off some and be a shooting guard, trust my teammates to bring up the ball.”

There is also the fact that the River Queens aren’t quite where they want to be physically quite yet. Many are multi-sport athletes, including Davis, who haven’t quite adapted to basketball season qute yet out of the fall sports.

“I get out of breath a lot,” Davis said. Davis sent her fall on the varsity volleyball team. “The last few practices we’ve been conditioning a lot and that’s going to help us in the future.”

The River Queens are still looking for that first tab in the win column, but they have a lot of season left.

Not only that, but many – like Davis – are still just juniors. With just one senior leaving with graduation, that means the roster will stay pretty stable.

That also leaves a lot of time for Davis to improve and excel at her new role.

She knows what she needs to work on, and knows that the team needs to back her up. A lot of it is becoming accustomed to the pressure given regularly by Mississippi Athletic Conference teams.

“I think it’s getting the ball up the court when the teams press us. I struggle with looking up because I’m so focused,” Davis said. “We need to trust each other and run our offense.”

Clinton comes back from break on Jan. 7, when they will go on the road to face Davenport North (5-2)