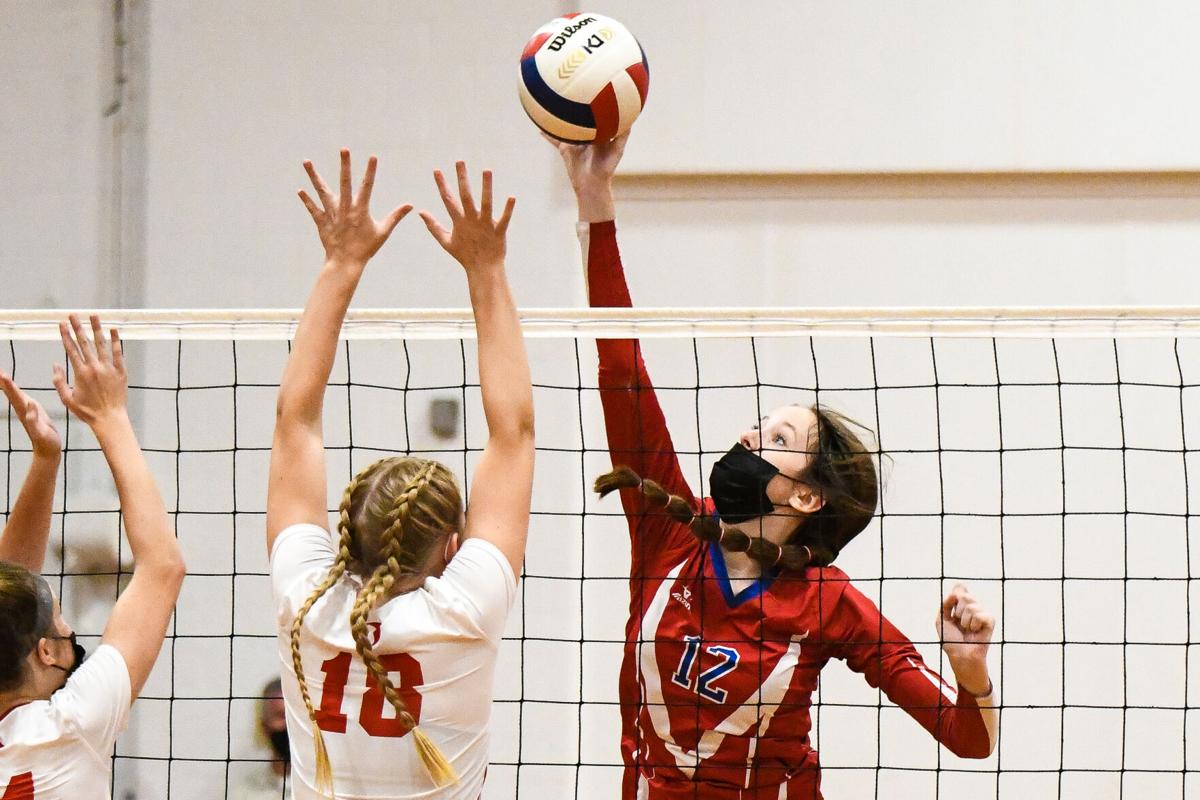 Morrison’s Shelby Veltrop swings at a ball during the Fillies’ 2-0 loss Wednesday night. 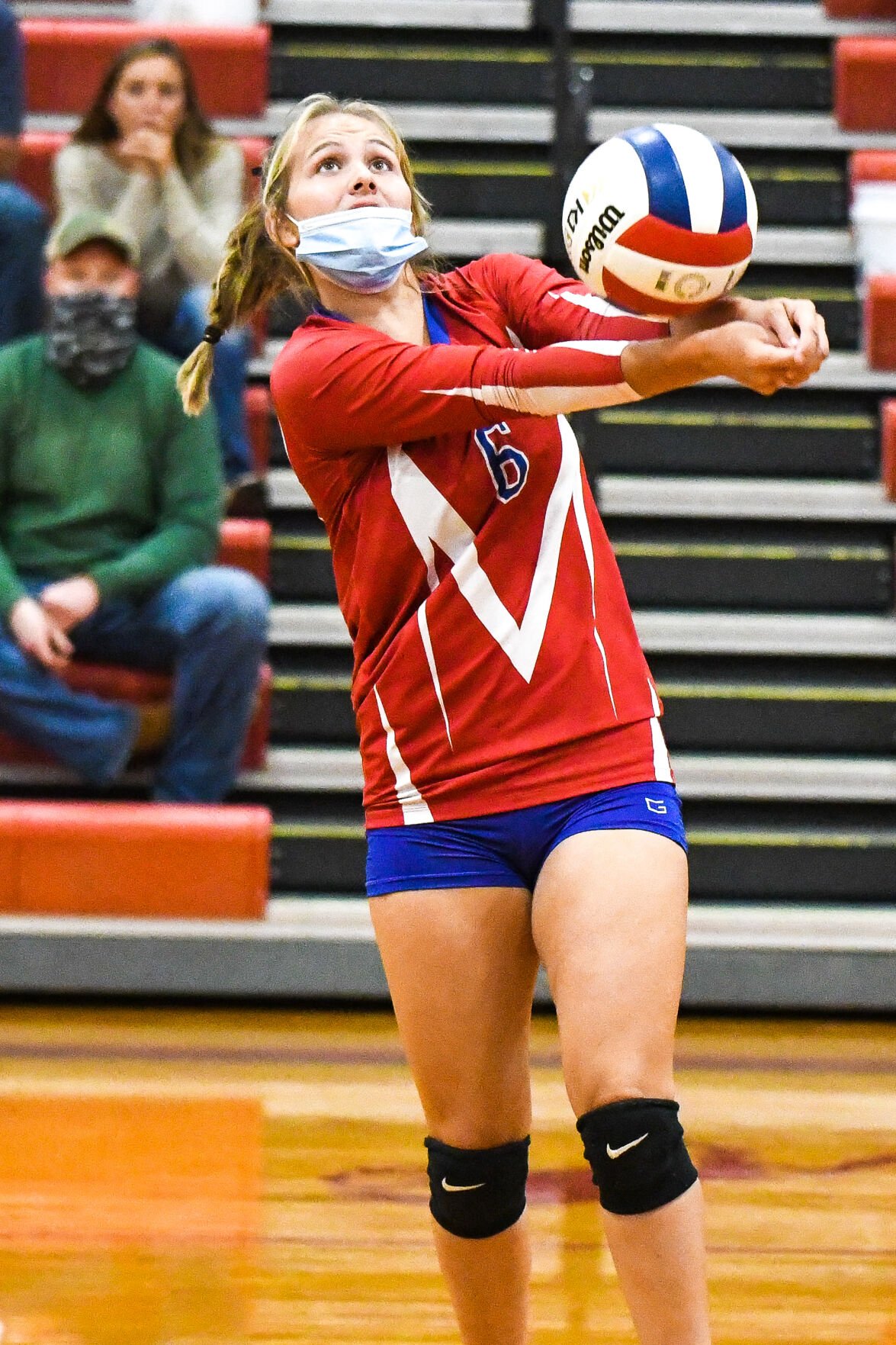 Morrison’s Jordan Eads passes a ball over the net during the Fillies’ conference loss to Orion Wednesday. 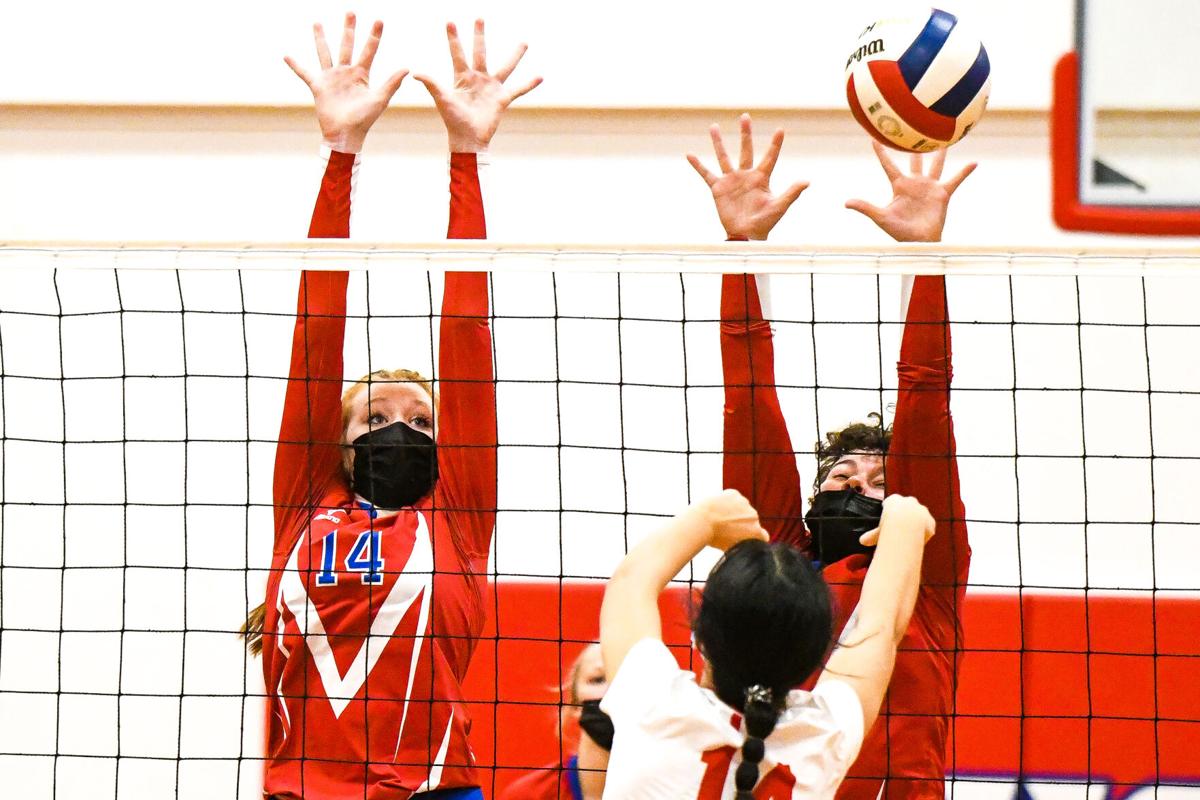 Camryn Veltrop and Hailey Kozovic jump for a block during the Fillies’ loss to Orion Wednesday.

Morrison’s Shelby Veltrop swings at a ball during the Fillies’ 2-0 loss Wednesday night.

Morrison’s Jordan Eads passes a ball over the net during the Fillies’ conference loss to Orion Wednesday.

Camryn Veltrop and Hailey Kozovic jump for a block during the Fillies’ loss to Orion Wednesday.

MORRISON, Ill. – Despite comeback efforts, passing sank the Morrison volleyball team on Wednesday night and they fell 2-0 in conference play to Orion at home.

“Winning is a habit and losing is a habit,” second year head coach Tom Drosopoulos said after Wednesday night’s loss. “They’re not expecting to win, and that’s some of it. Sometimes, they play a little timid instead of playing excited.”

The Chargers jumped out fast taking an 8-1 lead within minutes of first serve. An off-speed kill from Shelby Veltrop broke the chain of events, but the Fillies were already in a deep hole.

Veltrop led the Fillies with four kills throughout the contest.

“It all starts with the passing,” Drosopoulos said. “When the passing isn’t the greatest it’s hard to get a lot of different sets. She’s so tall and gets up so high, she doesn’t have to pound the ball 100 miles per hour. You just go up and put the ball down.”

Defense continued to be the problem throughout the entirety of the contest. Morrison struggled to pass up serves from Orion and therefore got very few attack attempts.

When it looked like Orion might cruise to a victory, Morrison started to respond. A string of points started to make up some ground. With Shelby Veltrop serving, the Fillies started to find ways to throw balls over the net and put up points.

“Usually when they’re down, they just throw in the towel,” Drosopoulos said. “We did come back and we made it a close game.”

They pulled within three of the Chargers, but couldn’t finish the comeback, falling 25-20.

“There’s a big culture change that’s needed,” Drosopoulos said. “We haven’t won a lot of games in the past few years, and the first thing is learning how to close games.”

The momentum carried over and the second set started much different. The Fillies started strong, scoring the first two points and staying within a few through the first half of the set.

By the time Orion called a timeout at 12-12, the Fillies had already taken more attack attempts than in the entire first set.

Morrison took a three point lead after the timeout, the largest of the night for the Fillies. However, the Chargers quickly reversed that.

All of a sudden, the Fillies couldn’t return a ball and get the side out.

“We talked about moving our feet and controlling the things we can control,” Drosopoulos said. “You’re not going to make 100 percent good passes. You’re going to make errors, but move on to the next one. Want the ball.”

An ace ended things and Orion walked out of the gym with the conference sweep.

Morrison (1-14) has a five day break before returning to action, playing a non-conference game at Rock Island Alleman next Monday night. They return to Three Rivers Athletic Conference action next Thursday, heading to Port Byron to take on Riverdale.

“We have to know we see Orion again,” Drosopoulos said. “It’s about going out and playing the right way, controlling what we can control. We have to know that they have to play us again, and we want them to not look forward to seeing us again.”