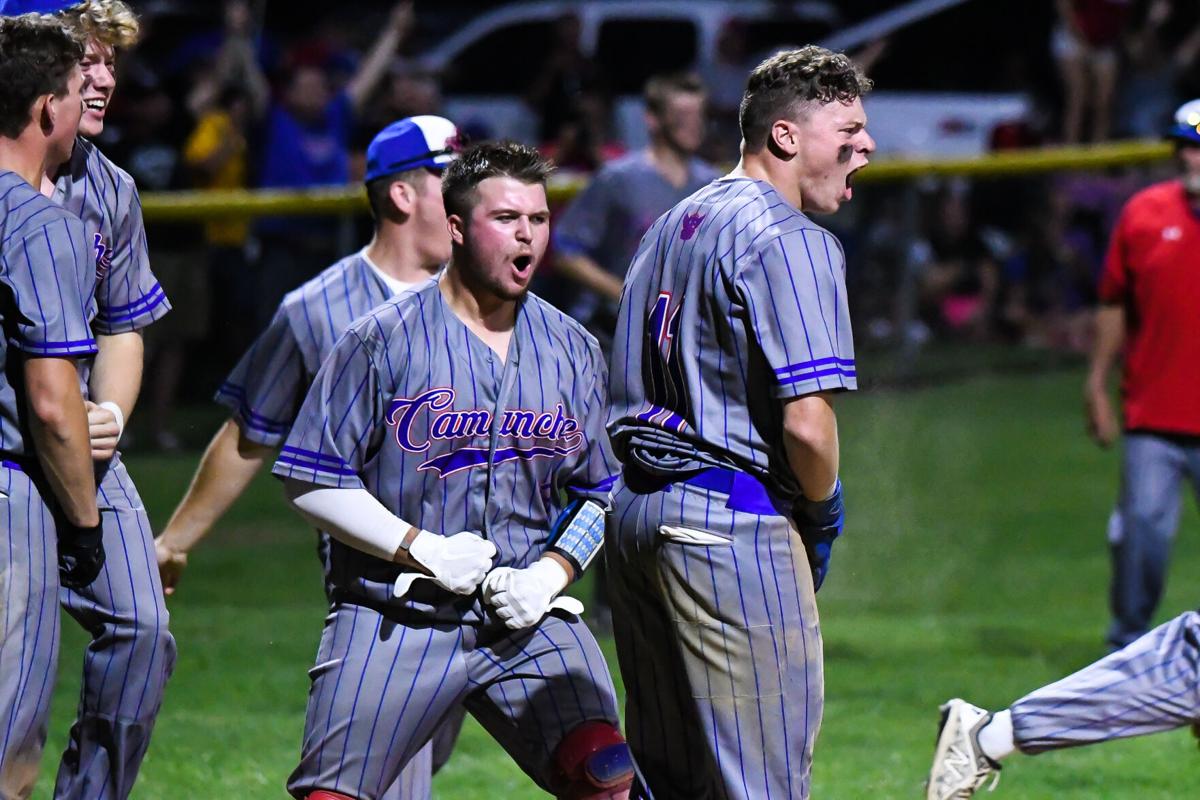 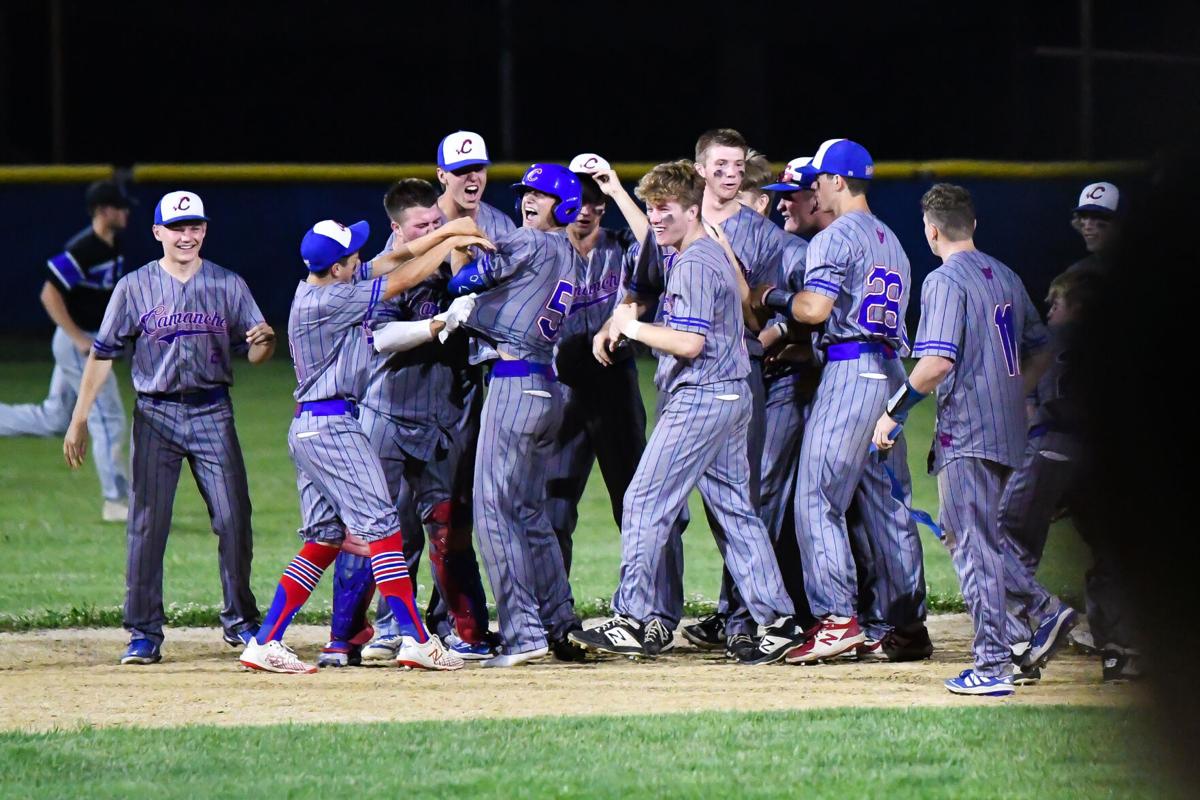 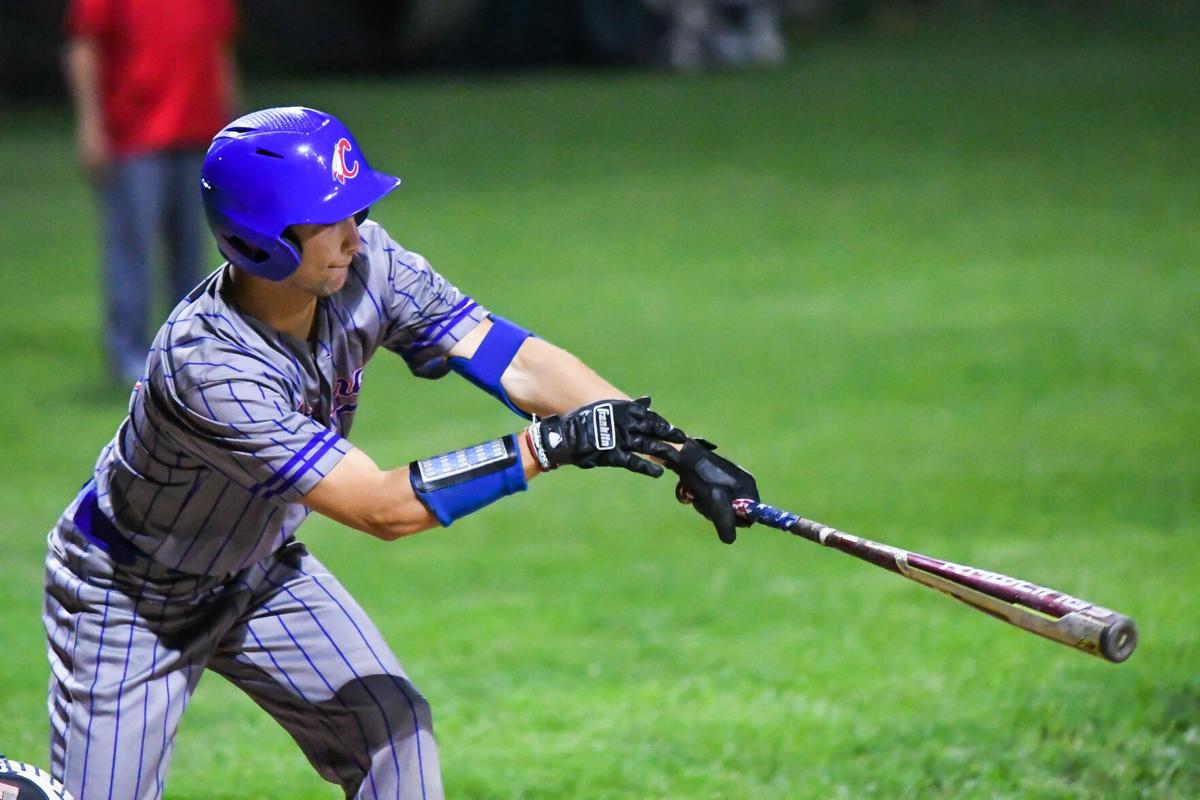 CAMANCHE – The Camanche varsity baseball team didn’t take a lead until the district quarterfinal was already in extra innings, but it was enough to move on.

With the game knotted at 4-4 in the eighth and one runner on, senior Kyle DeWeerdt hit a two-out single that brought in Tucker Dickherber to give Camanche the 5-4 postseason victory over West Liberty on Tuesday night at Gus Witt Field.

With a 1-2 count, DeWeerdt reached for a low and outside pitch for the game-winning RBI. As soon as Dickherber slid across home plate, DeWeerdt was greeted by the entire Camanche roster at second base.

“I feel great,” DeWeerdt said. “It was a super hype moment for me. It was a little scary at the time.”

It was the first postseason game for the Indians, who fell in the substate final two seasons ago and were upset in the district quarterfinal last season.

“They played so well with us, they stuck in that game and played hard so kudos to them,” DeWeerdt said. “This is definitely a confidence booster I would say.”

Dickherber reached base four times for the Indians throughout the contest, scoring three of the four runs. His stolen base helped set the stage for the RBI single from DeWeerdt.

West Liberty set the pace on Tuesday, despite the Indians taking the dominant win earlier this year. The Comets plated two runs in the first inning to kick off the game.

Camanche responded with two runs of their own.

In the fifth, the Comets took another two-run lead and once again, the Indians responded. Byrns had two RBIs for the Indians.

“We’ve focused on [staying calm] a lot,” DeWeerdt said. “ We have to stay in it, even if we’re down. It’s baseball. This game, you have to stay confident, stay relaxed because anything could happen in this game.”

There were chances for Camanche, including a bases loaded and one-out situation in the bottom of the seventh inning. They left a total of eight base runners stranded.

“Postseason is crazy, you never know what’s going to happen,” Byrns said. “We beat them good the first time, but they put the ball in play today. We put the bats together in the end and that’s what mattered for this game. Next game, we keep our same approaches and hopefully they fall.

“We don’t want to give away at-bats. Every at-bat counts. We want to find our pitch and drive it to where we want it in the moment.”

Three pitchers took the mound for the Indians. Logan Shaw kicked off the game and pitched the first two innings, Garret Schultz pitched the next three and Zach Erwin finished out the final three.

“I love all our pitchers,” Byrns, the Camanche catcher, said. “I think they all do a great job and I have confidence in all of them. I think we can put any of them in any situation and they’ll get the job done.”

The last three innings stayed knotted, both teams putting runners in scoring position and both making the plays to get out of the inning unscathed. Byrns made a particularly important play after the Comets put a runner on base to lead off the seventh inning, throwing the runner out at second for the first out. The play helped boost the Indians to extra innings, where they sealed the win.

“It’s huge,” Byrns said. “We practice it, and it worked out in our favor. I usually keep my temper mild but I was pretty hyped. It was a big part of the game, it was big to get him out.”

The Indians move on to the district semifinal on Saturday night, another postseason game Camanche will host at Gus Witt Field. They’ll take on Wilton (17-10).

“I would say this game told us to not make little mistakes,” DeWeerdt said. “We have to stay on top and not get into a hole. We have to keep it clean, keep it smooth.”